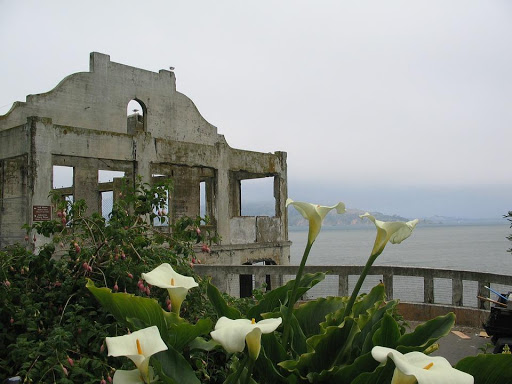 Situated in the San Francisco Bay, Alcatraz Island is home to one of the most infamous prisons in the world. In its time, this maximum-security prison housed some of the most ruthless criminals of the US. Some notoriously famous inhabitants were Al Capone, George “Machine-Gun” Kelly, and Robert Stroud.

Alcatraz was built to be a prisoner’s prison; inmates who cause trouble in other penitentiaries were sent to the Rock. Alcatraz prison closed down on March 21, 1963 and has since been a popular tourist destination in San Francisco.

If you plan to visit the Rock, remember to get your Alcatraz tickets well in advance as they sell out quickly.

This federal prison reached legendary status even before it featured in two Hollywood classics Escape from Alcatraz and The Birdman of Alcatraz.

The sensational stories about tough living conditions and news about daring escapes that ended in capture or death ensured that Alcatraz was viewed as an extreme measure meted out to the worst of humanity.

How much do you really know about this prison island?

Here are 10 things about Alcatraz you may not have previously known:

1.  Alcatraz Was Once A Military Stronghold 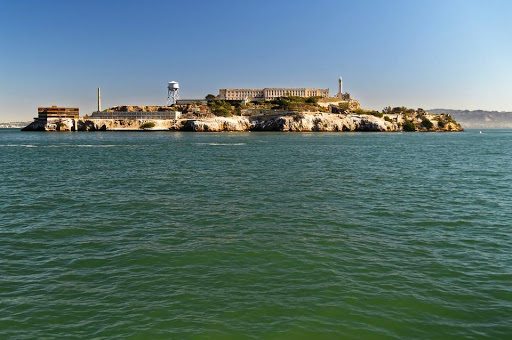 Spanish explorer Juan de Ayala called it Isla de los Alcatraces or the Island of the Pelicans. This is where the name Alcatraz comes from. After California became a part of the US at the end of the Mexican-American War, US military speedily built a fortress on the island to stop invaders.

Soon after, some prisoners were held on the island. The presence of the military and prisoners in the 1850s was a precursor to the federal penitentiary it would later become.

Alcatraz got its name from its pelican population. However, it’s also home to other species of birds, insects, and fauna. Many tourists go bird watching on this island as seabirds consider this island as a nesting ground. Since it’s home to over 5000 birds in around nine different species, the national park service also offers many avian tours.

3. Alcatraz Lighthouse Was The First On The Pacific Coast 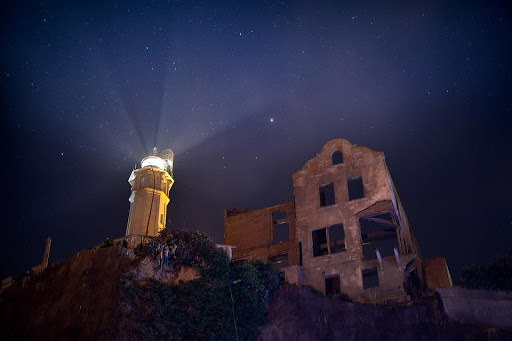 As there was a danger of invasion at the San Francisco harbor, the first lighthouse on the Pacific Coast was built on Alcatraz to spot invaders. It was inaugurated on the 1st June, 1854.

The original structure was badly damaged in the 1906 earthquake and the rebuilt lighthouse stands on the island to this day.

While you can come close to the lighthouse on your Alcatraz tour, it isn’t open to the public anymore.

4. It Was Popular Among Prisoners

Hollywood cemented its image as a ruthless prison, but in reality, many prisoners actually requested to be transferred to the Rock.

Alcatraz provided good food, one cell per prisoner, hot showers, movie screenings, magazine subscriptions, and other privileges for good behavior. These benefits were among the main reasons why Alcatraz was a popular choice among inmates.

Isolation on the island was a reality not just for inmates but also for those working in the prison. Prison employees and their families lived in Civil War barracks on the island.

Typically, time was spent in social halls and fishing in the bay. There were also frequent trips to Marin county to buy groceries and other essentials. As making any contact with criminals was prohibited, it was a separate housing facility that was situated away from the prison.

Alcatraz Island was once a barren and desolate place. However, inmates, prison officials and their families started sowing seeds and growing plants on Alcatraz as there wasn’t much to do.

Due to the harsh climatic conditions, many of them didn’t survive, but after a long period of time, the island became overrun with beautiful greenery that was once non-existent.

Other than food, clothing, shelter, and medical care, everything else was a privilege that prisoners had to earn through good behavior. Al Capone was sent to Alcatraz as he bribed prison officials.

Since his attempts at bribery were unsuccessful in Alcatraz, Capone integrated into prison life and cooperated with prison officers. As a result, he earned the ability to play the banjo in the prison band named the Rock Islanders. 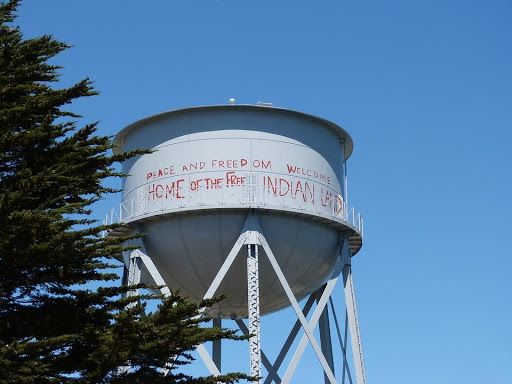 The prison shut down in 1962. In 1969, almost 100 Native American activists gathered and protested on Alcatraz Island. The activists referenced to a 1968 treaty that granted unoccupied federal land to Native Americans.

While they wanted to open a university and cultural center, federal marshals removed them from the island in June 1971. However, during the protest, President Nixon ended the government policy of seizing Indian lands and a lot of their graffiti is preserved to this day.

9. There Was Very Little Chance Of Escaping Alcatraz

While we may never know if the intricate escape plan of Frank Morris and the Anglin brothers worked or not, the chances of escaping Alcatraz alive was very slim. This maximum high-security place was fitted with both traditional and technological systems to ensure an escape-proof prison.

Some of them were security guard towers, electromagnetic metal detectors, and remote-controlled gun galleries. Totally, 36 men tried to escape during the lifetime of the prison – 23 were apprehended, six were killed by prison guards, and two drowned in the cold waters of the San Francisco Bay. The 5 other inmates reached the waters but haven’t been found till date.

10.  Alcatraz Was Closed For Being Too Costly

Alcatraz wasn’t closed down for human rights violations or an unfavorable reputation. The truth was that the Rock was just too expensive to maintain. Since fog and rain were the only natural sources of freshwater, millions of gallons of freshwater had to be taken to the island by boat. Also, the saltwater hastened the erosion of the infrastructure, which led to more money being spent.