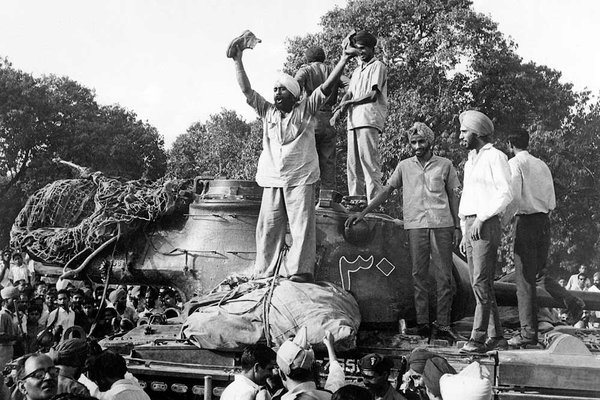 We have curated some rarest of rare vintage India Photos for you. Let’s go back in time. 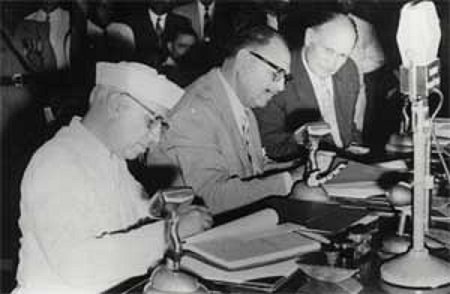 The Indus Waters Treaty is a water-distribution treaty between India and Pakistan, brokered by the World Bank. The treaty was signed in Karachi on September 19, 1960 by Indian Prime Minister Jawaharlal Nehru and President of Pakistan Ayub Khan. Read more. 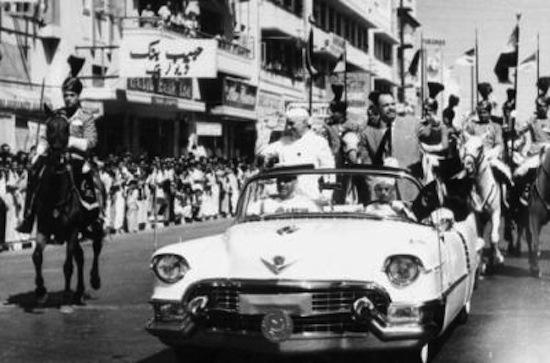 The treaty was signed in Karachi on September 19, 1960 by Indian Prime Minister Jawaharlal Nehru and President of Pakistan Ayub Khan. According to this agreement, control over the three “eastern” rivers the Beas, Ravi and Sutlej  was given to India and the three “western” rivers  the Indus, Chenab and Jhelum  to Pakistan. Click here. 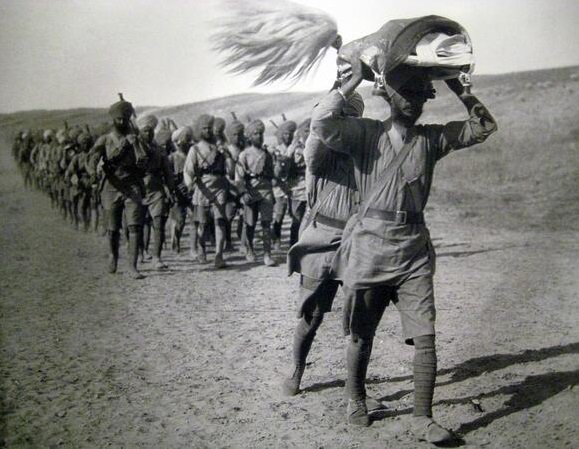 The Sikhs fought under the British in both World War 1 and World World War 2. The contribution of the Sikhs in these campaign is a noted feature in British history.Men of the 45th Sikhs (52nd Infantry Brigade, 17th Division) marching with the Guru Granth Sahib to attend a Diwan (religious service) whilst on campaign in Mesopotamia. Read more. 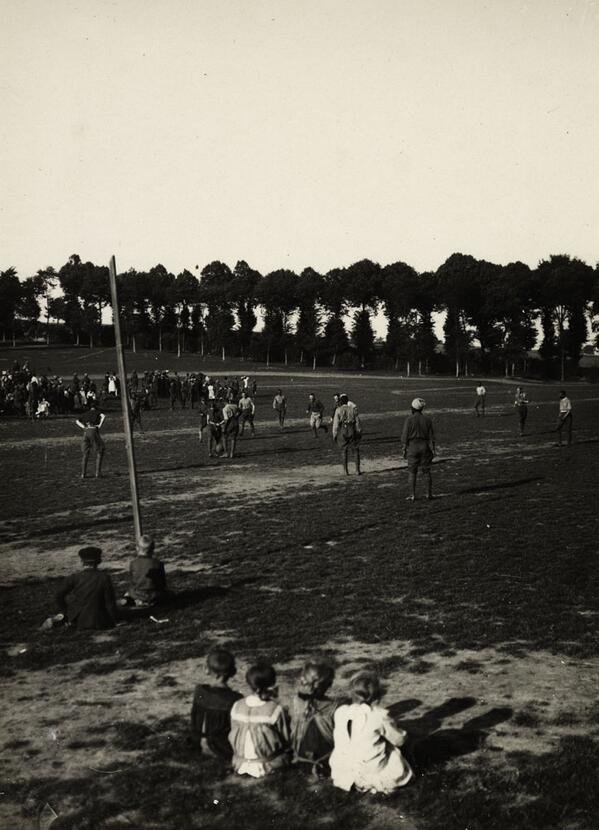 Indian soldiers did not fight as a separate army, but alongside British units, which led to a certain amount of social interaction. These contacts were fostered by the common experience of the horrors of trench warfare. Pictured above, are the 3rd Horses regiment playing football against the 18th Lancers in July 1915, with a group of French children looking on. To know more. 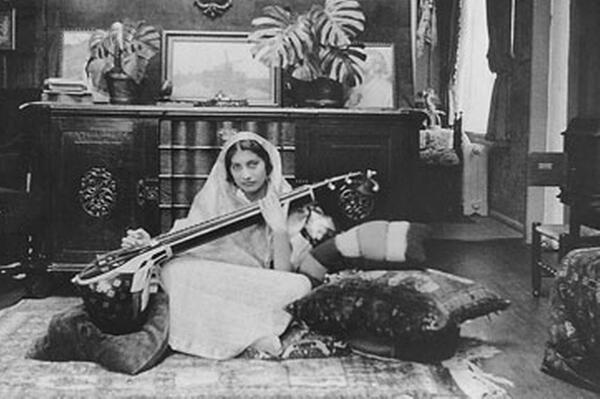 A beautiful Indian princess lay dead on the floor at Dachau concentration camp. She had been brutally tortured by the Nazis then shot in the head. Her name was Noor Inayat Khan. The Germans knew her only as Nora Baker, a British spy. The first female radio operator to infiltrate occupied Paris, she was posthumously awarded the Croix de Guerre and the George Cross – one of only three women from the Special Operations Executive to receive the latter medal. Click here.

6. Mahatma Gandhi at border of India and Afghanistan : 1938 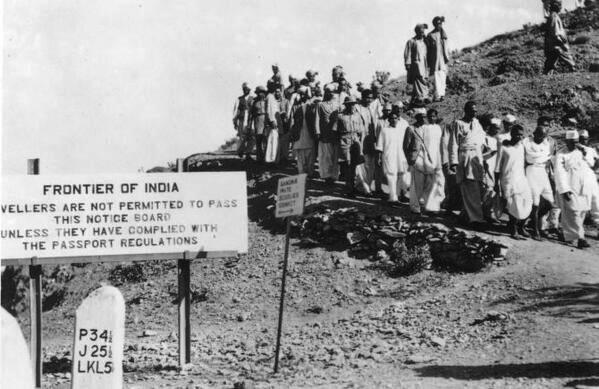 9th May 1938: Indian leader Mahatma Gandhi (Mohandas Karamchand Gandhi) with a group of congressmen at the frontier between India and Afghanistan. Click here. 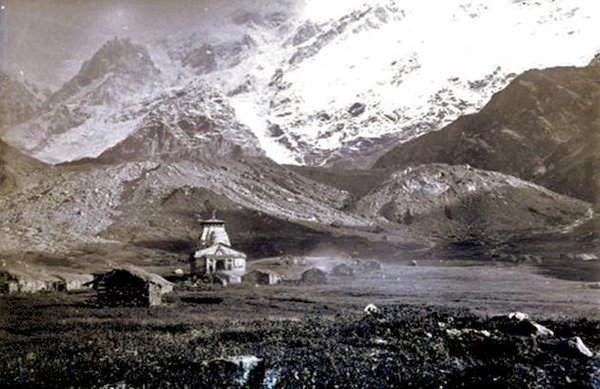 Kēdārnāth Mandir is a Hindu temple dedicated to Bhagwan Shiva. It is on the Garhwal Himalayan range near the Mandakini river in Kedarnath, Uttarakhand in India. Due to extreme weather conditions, the temple is open only between the end of April to Kartik Purnima . During the winters, the vigrahas from Kedarnath temple are brought to Ukhimath and worshiped there for six months. Lord Shiva is worshiped as Kedarnath, the ‘Lord of Kedar Khand’, the historical name of the region. Read more.

8. Bridge of boats across Indus River and Attock Fort (Now In Pakistan) : 1878 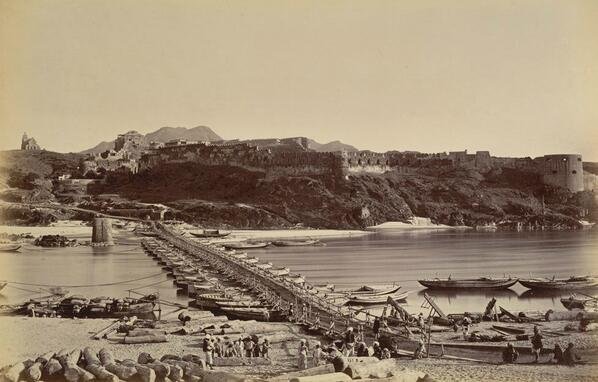 Bridge of Boats across Indus River and the Attock Fort,  now in Pakistan and photo by John Burke. Click here. 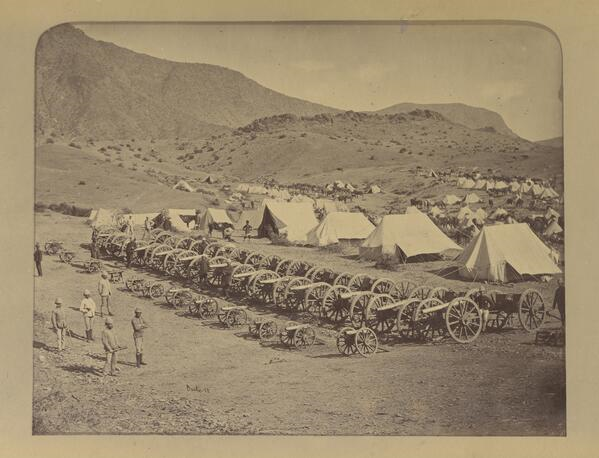 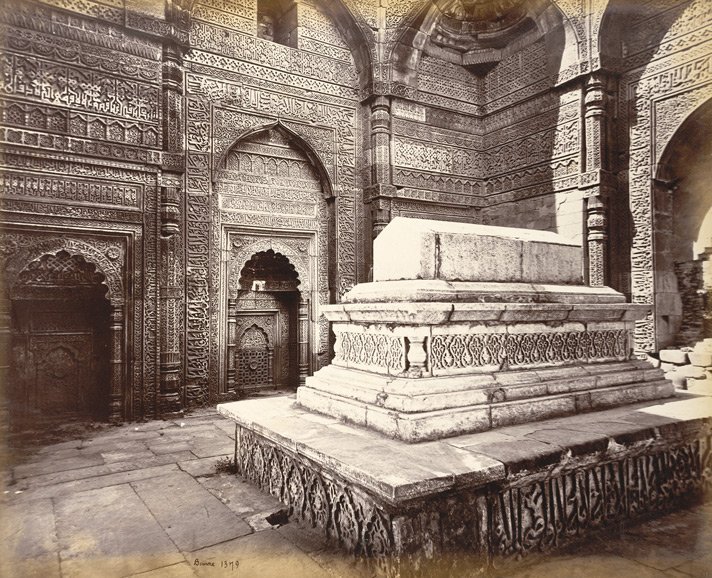 Shams-ud-din Iltutmish  was the third ruler of the Mamluk dynasty of Delhi of Turkic origin. He was a slave of Qutub-ud-din-Aybak and later became his son-in-law and close lieutenant. He was the Governor of Badaun when he deposed Qutub-ud-din’s successor Aram Shah and acceeded to the throne of the Delhi Sultanate in 1211. He shifted Capital from Lahore to Delhi , remained the ruler until his death on May 1, 1236. Know more. 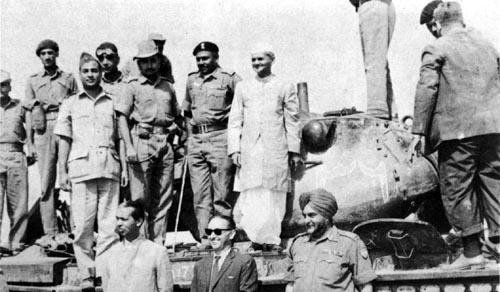 The then prime minister Lal Bahadur Shastri and army officers atop a captured Pakistani tank in 1965. Read more. 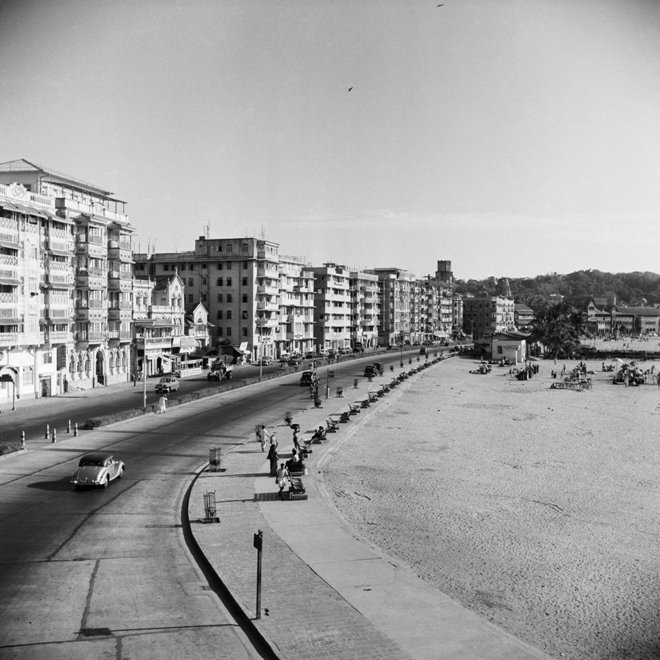 A view of Queen’s Road on Back Bay, Mumbai, with Watson’s Hotel on the right, circa 1950. Source 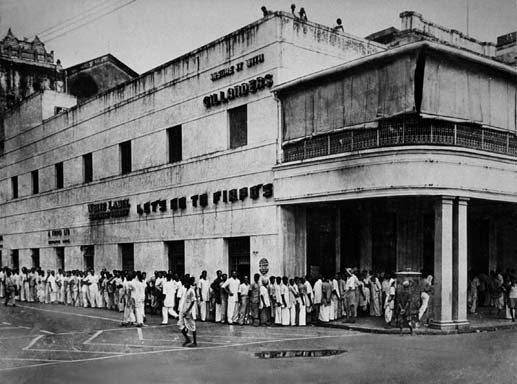 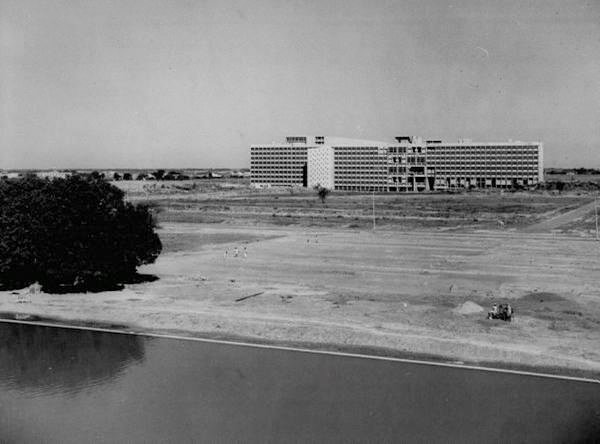 New Smart City Chandigarh Under Construction in 1956. Chandigarh is a city and a union territory in the northern part of India that serves as the capital of the states of Punjab and Haryana. As a union territory, the city is ruled directly by the Union Government and is not part of either state. Read more. 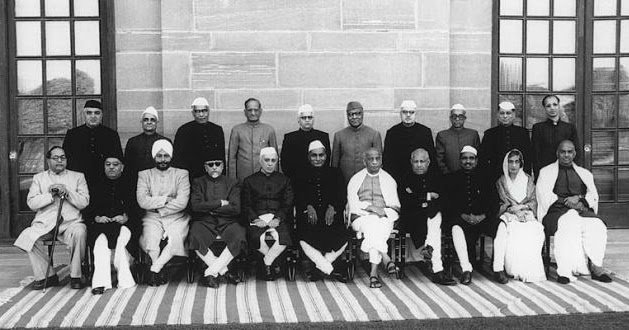 The Congress thus secured a majority of 82%. Jawaharlal Nehru took charge as the first Prime Minister of India on 15 August 1947, and chose 15 other members for his cabinet. Vallabhbhai Patel served as the first Deputy Prime Minister until his death on 15 December 1950. Click here. 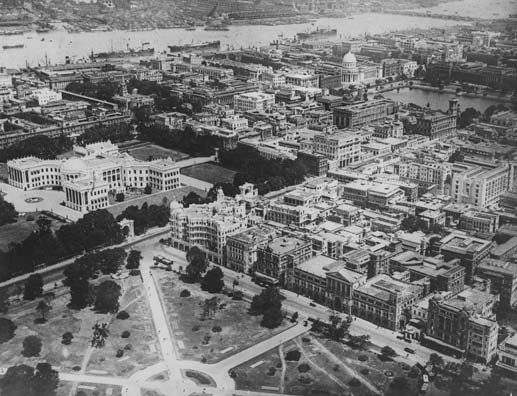 1932: An aerial view of Calcutta, showing Government House large white structure to the left, The Post Office (with white dome) and the Esplanade Curzon Gardens in the foreground. Photo by Keystone. Visit here. 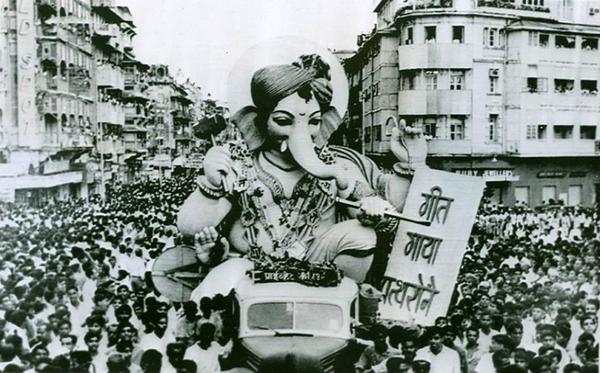 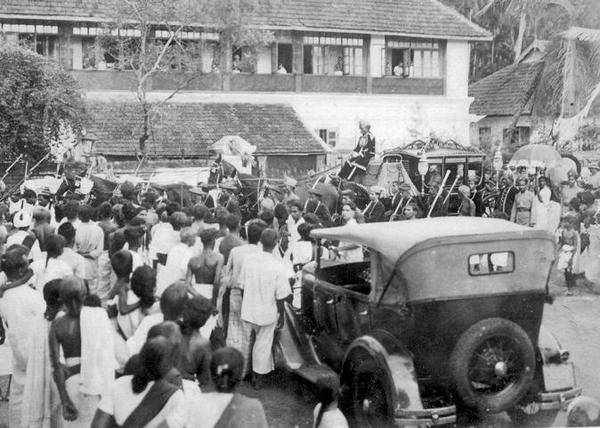 1940s:: Onam Procession In Cochin, Kerala : The harvesting time in Kerala is celebrated as the huge festival renowned as Onam. It is such an occasion when the people show their gratitude and devote their best and different offerings to the nature and God in regard of the nature’s gift to them. Onam is celebrated as the grand festival from ancient time. During the ten days long celebration rich cultural heritage of Kerala emerges in its perfect frame. Click here. 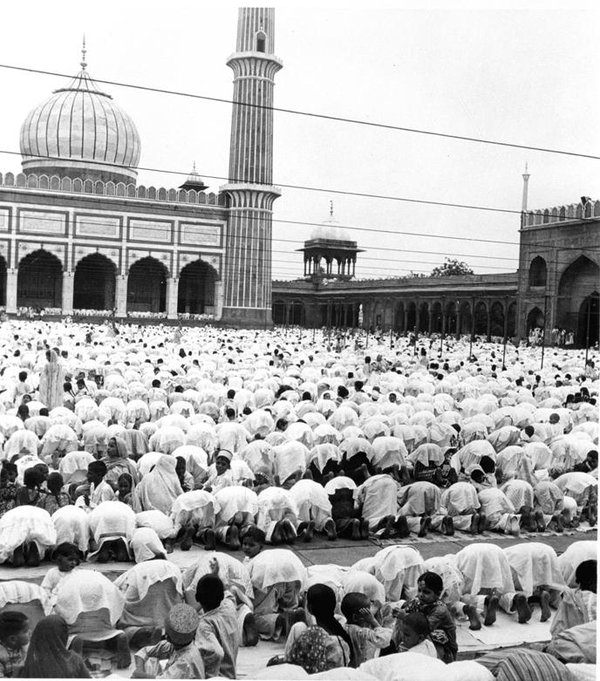 Eid Prayers at Jama Masjid, Delhi : 1950, The Masjid-i Jahan-Numa It was built by Mughal emperor Shah Jahan between 1644 and 1656 at a cost of 1 million rupees, and was inaugurated by an imam from Bukhara, present-day Uzbekistan. The mosque was completed in 1656 AD with three great gates, four towers and two 40 m high minarets constructed of strips of red sandstone and white marble. The courtyard can accommodate more than 25,000 persons. Read more. 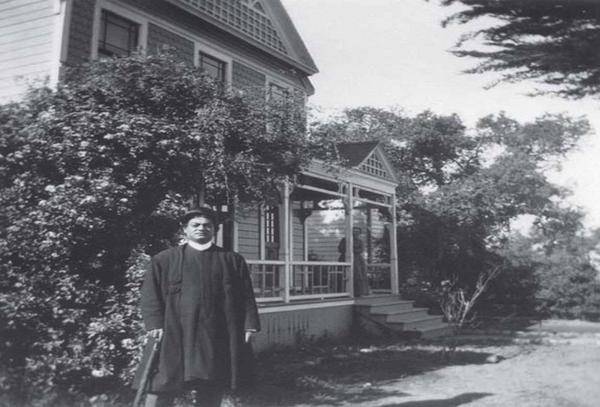 Swami Vivekananda and guests at Green Acre School, Eliot, Maine, ca. 1894. This school, a meeting-place for the study of world religions, was just one stop on a tour in which Vivekenanda introduced the West to Hinduism and yoga. Read more. 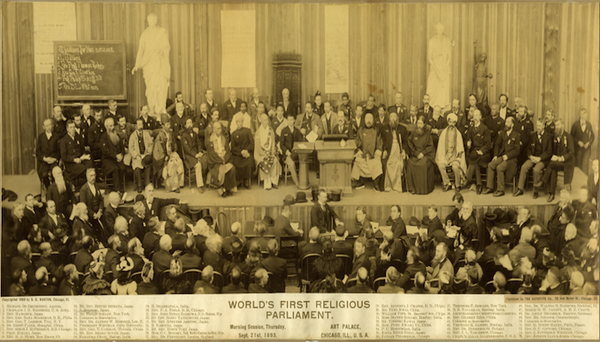 Swami Vivekananda represented India and Hinduism at the Parliament of the World’s Religions (1893). This was the first World’s Parliament of Religions and it was held from 11 to 27 September 1893. Delegates from all over the world joined this Parliament. In 2012 a three-day world conference was organized to commemorate 150th birth anniversary of Vivekananda. Visit here. 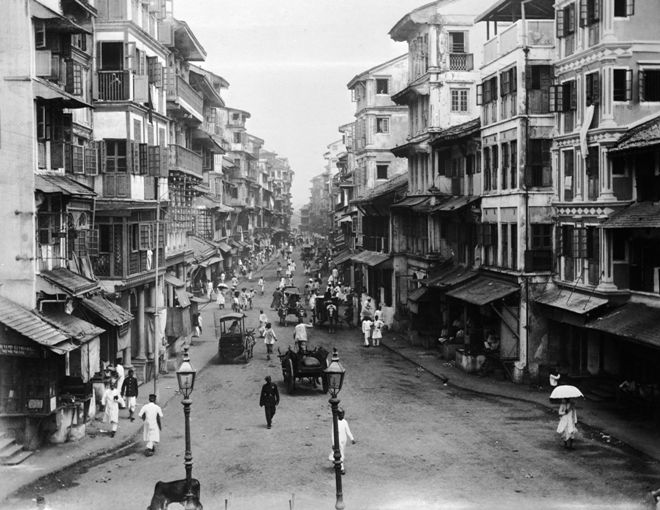 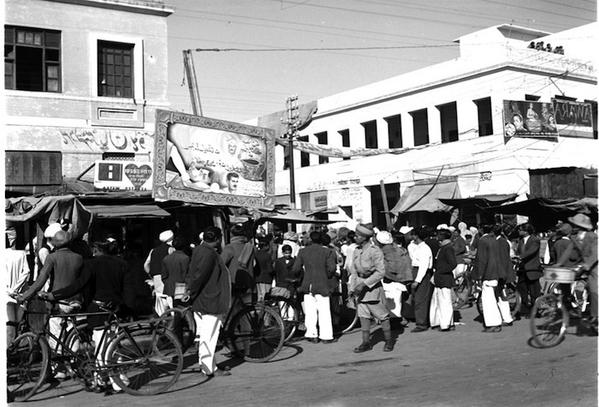 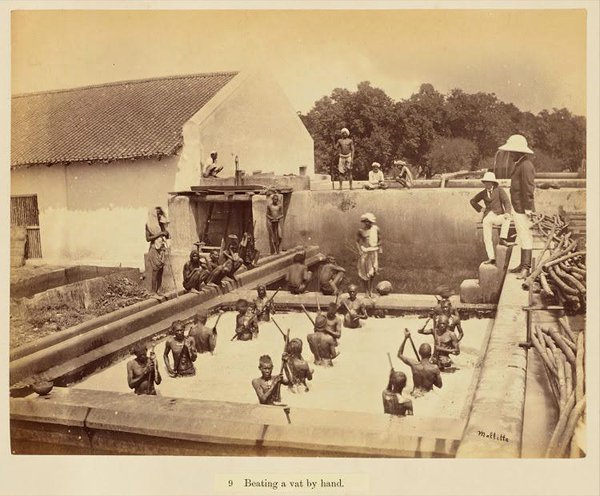 Indigo planting in Bengal started around 1877. Indigo planting became more and more commercially profitable due to the demand for blue dye in Europe. It was introduced in large parts of eastern India. The indigo planters mercilessly pursued the peasants to plant indigo instead of food crops. They provided loans, called dadon at a very high interest. Once a farmer took such loans he remained in debt for whole of his life before passing it to his successors. Read more.