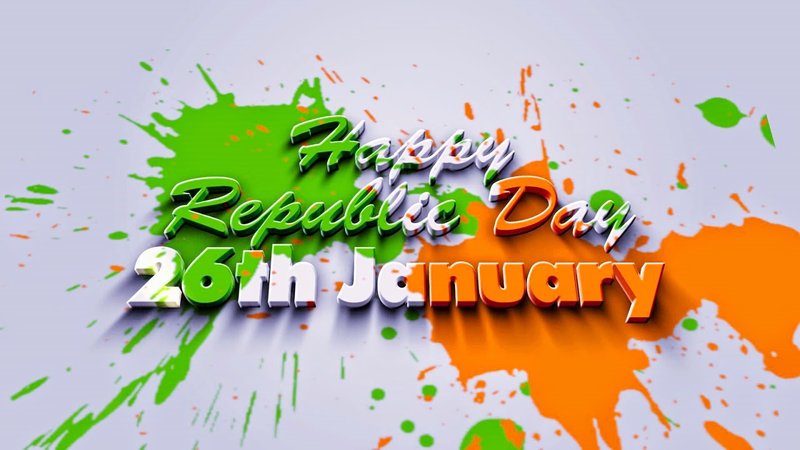 A Republic day is an integral part of our country, and is a day when We, the whole nation, celebrate it with a sense of pride. Our hearts overwhelm with honor whenever we see the hoisting of our tricolour on January 26.

We know that India was declared a Republic in 1950; but there are probably a lot of amazingly interesting facts about the nation’s Republic that we may not familiar with.

Newszii strives to explore meaning into somewhat meaningless news to others. We cover meaningful meaningless news that adds Zing to your life, indeed. Be with us to know interesting nuggets of facts about our Republic Day…

1. The date 26th January was especially selected since it was the anniversary of Purna Swaraj Day (26th January 1930) 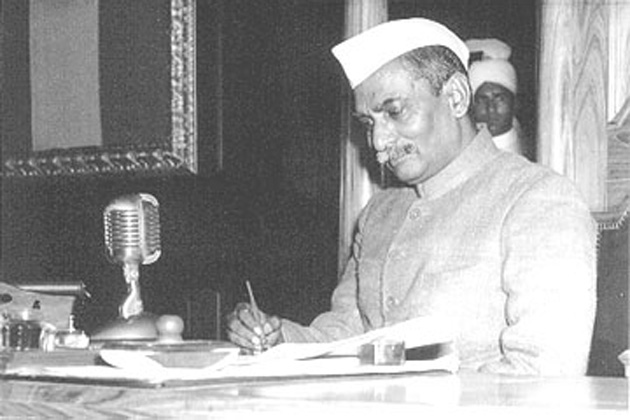 3. India has the longest written Constitution in the world, incorporating 448 Articles in 22 Parts, 12 Schedules and 98 Amendments 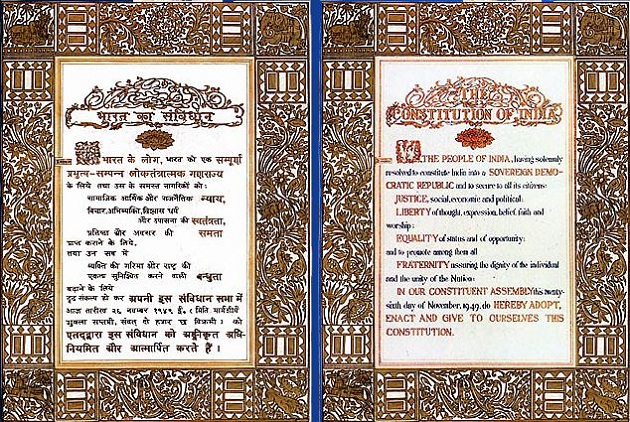 4. It took Dr. B.R.Ambedkar 2 years 11 months and 18 days to draft the Indian Constitution 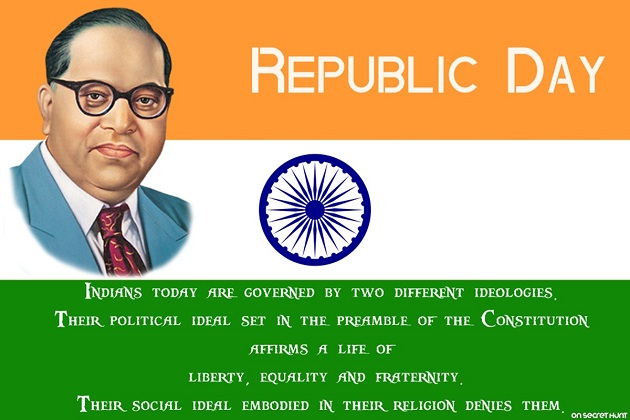 5.  Two hand-written copies of the Constitution were prepared: in English and in Hindi 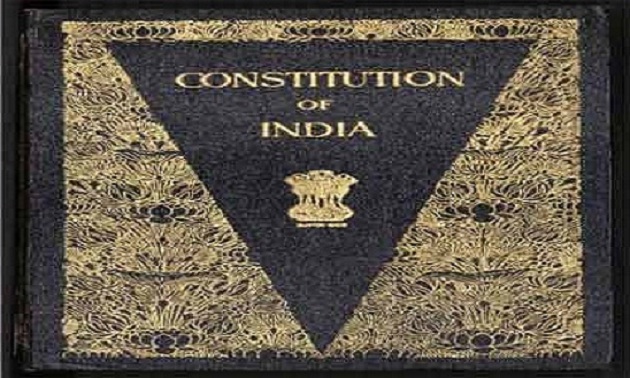 6. Both were signed by 308 members of the Assembly on 24th January 1950. It became effective two days later, and came into force throughout the country 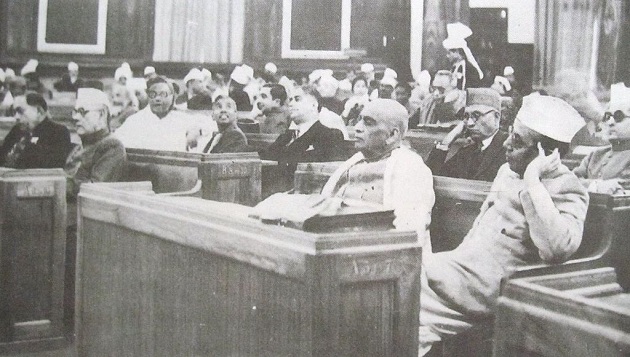 7. When the new Constitution was signed by the members on 24th Jan 1950, it was drizzling outside the Parliament at Delhi.  It was considered by them as a good omen

8. After putting their signatures, all the members including Dr Rajendra Prasad (President of India Elect) and other Members sang Vandemataram and Jana Gana Mana in Chorus, symbolising a great achievement of Sovereign Independent Republic of India, after a struggle of nearly three centuries

9. The original hand-written copies of the Constitution are kept in helium-filled cases in the Library of Parliament House. (source: Anand Philip’s Blog http://anandphilip.com/images-of-the-original-constitution-of-india/) 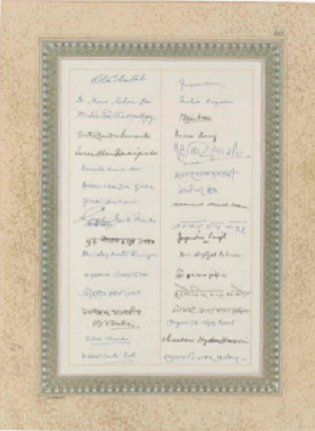 10. India’s motto “Satyamev Jayate” is taken from the Mundaka Upanishad,from the Atharvaveda It was translated into Hindi by Abid Ali in 1911 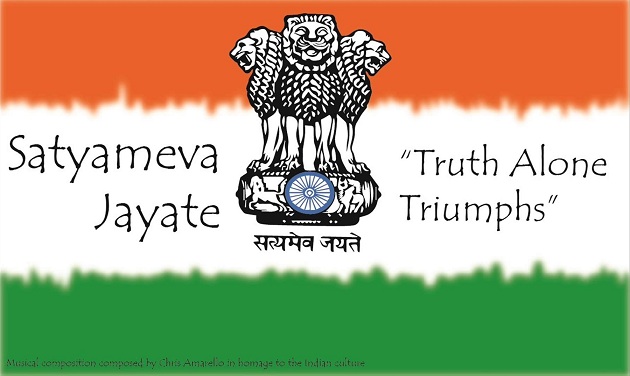 12. Rabindranath Tagore wrote Jana Gana Mana in Bengali first. It was translated by Abid Ali into Hindi, in 1911, and officially adopted as the Indian National Anthem in 1950 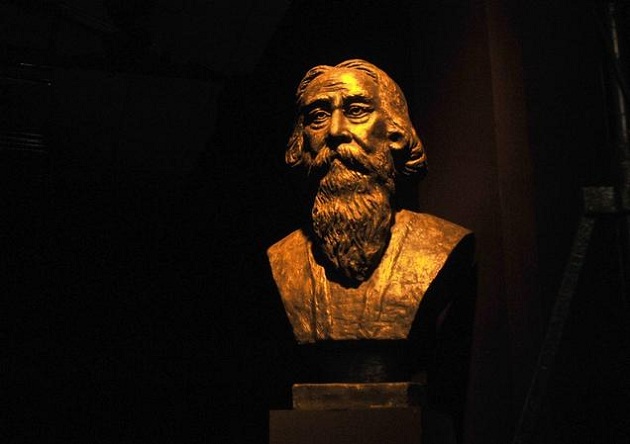 13.  It takes 52 seconds to sing the complete National Anthem

14.  The Indian emblem is adapted from the Ashoka Pillar at Sarnath, dating back to 250 BC 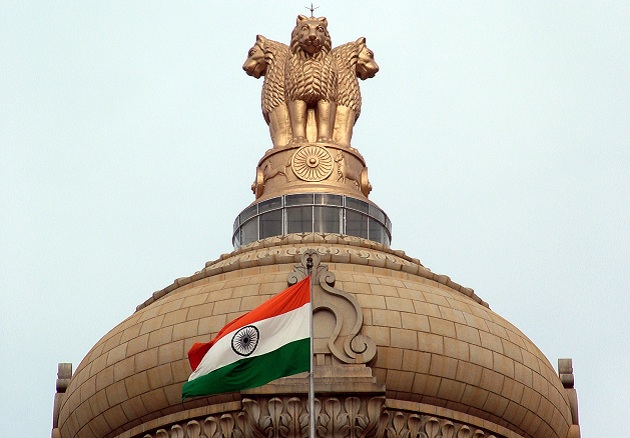 15.  The Indian flag was conceptualized and designed by Pingali Venkayya, a farmer from Machilipatnam

16. The ratio of the Indian flag’s width to length is two to three 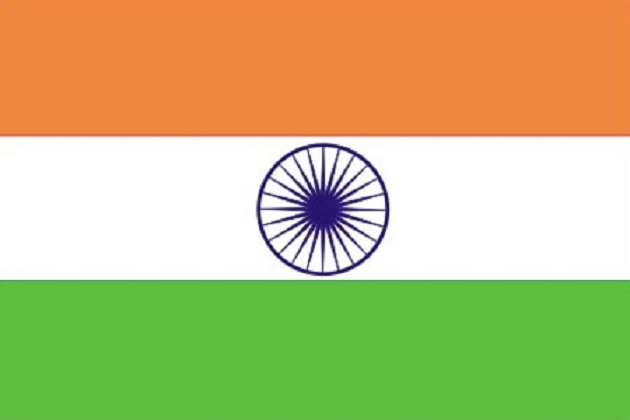 17.  The Indian flag, by law, is made of khadi and can be only made in nine specified sizes

18. Flying an Indian flag made from any material other than khadi is punishable by law with upto three years of imprisonment and a hefty fine

19. The Indian flag should never touch the ground or water, or ever be used as drapery

21.  The Prime Minister places a wreath at Amar Jawan Jyoti as a mark of respect to the thousands of soldiers of the country who had died fighting for the Indian Independence 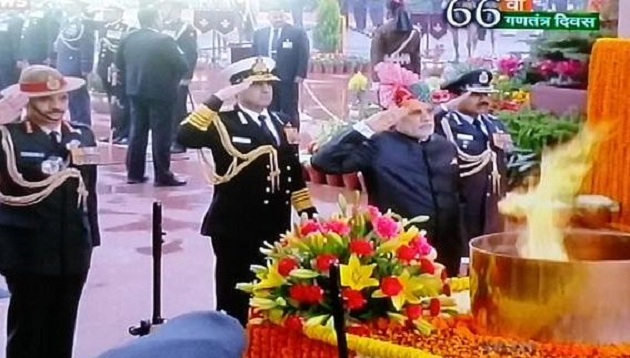 22. A 21 gun salute is fired as the President of India unfurls the tricolour, as a naval and military mark of honour 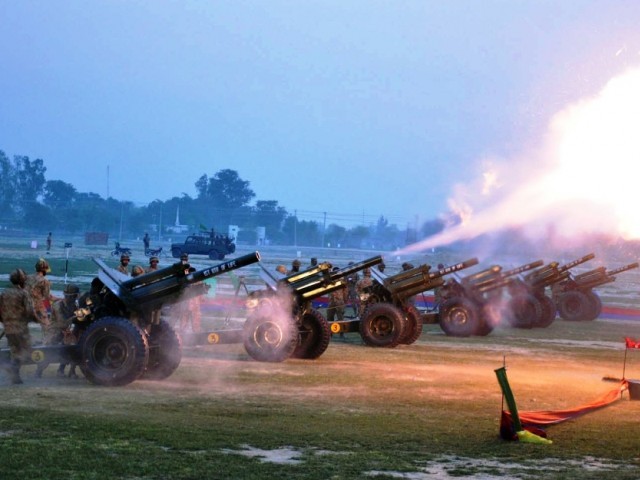 23. Republic day is chosen as the day to give away bravery awards to deserving candidates. The awards that are given away are Veer Chakra, Maha Veer Chakra, Param Veer Chakra, Kirti Chakra and Ashoka Chakra 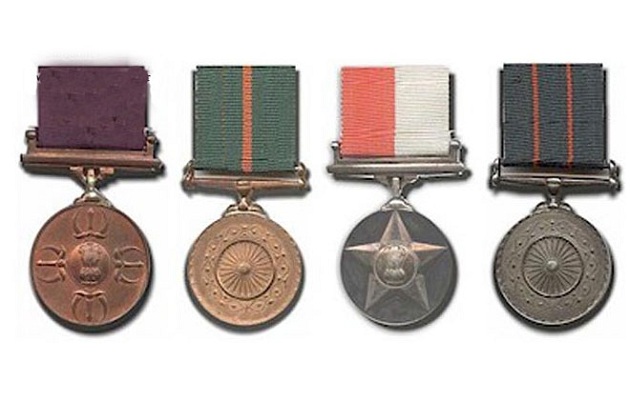 24. The ‘Beating Retreat’ held on 29th January, marks the end of all Republic day celebrations in the country. The ceremony is held Vijay Chowk where bands of the Indian Army, Indian Air Force and Indian Navy perform 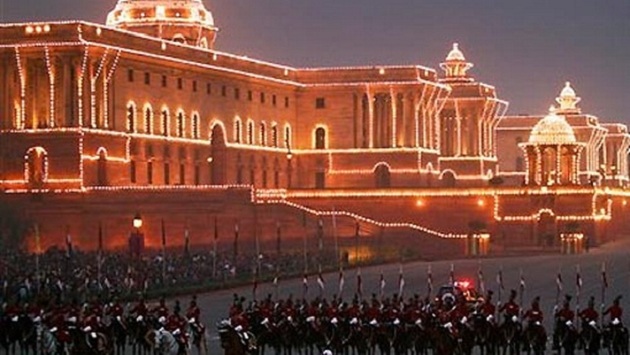 25. The ceremonial performance of bands of the defense forces was started in the early 1950s by a certain Major Roberts of the Indian Army 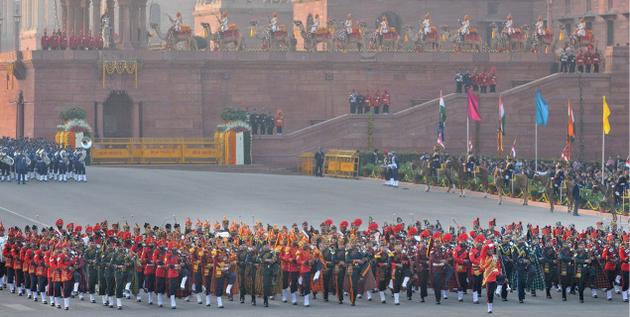 26. One of the most popular tune that is played at the Republic day functions is ‘Abide with me’, a Christian hymn, which was said to be Mahatma Gandhi’s favourite