Home » 35 Real, But Completely Unbelievable Pictures You Won’t Believe Are Not Photoshopped

These 35 photos looks too incredible to be captured from reality, but they are. In this post, there amazing images which look like they have been created by ultimate Photoshop editing talent, but  you’re wrong because they’re 100% real.

Some of them are terrifying, while others will make you wonder how Mother Nature actually conducts business. Enjoy these 35 unbelievable pictures:

1. Spiders climbed trees to avoid flooding in Pakistan. Thousands of them ended up building webs there.

2. The Solna Centrum subway station in Stockholm looks like the escalator to hell.

3. The largest steer horns in the entire world.

4. The world’s fluffiest bunny, somewhere under there.

5. The plughole at the Ladybower Reservoir in the UK. The hole is actually man-made to prevent the dam from flooding.

7. Bristlecone pine tree have in the White Mountains, California. They adapt to survive the harsh temperatures of winter and summer.

8. Wood that got so warm and soft, it literally melted.

9. This is an ocean opal, which gives the illusion of a tiny ocean scene inside the stone.

10. A ship that nearly crashed it’s way into this picturesque village.

12. A road that exists on two separate levels.

14. The camel thorn trees in Namibia, photographed here at sunrise. 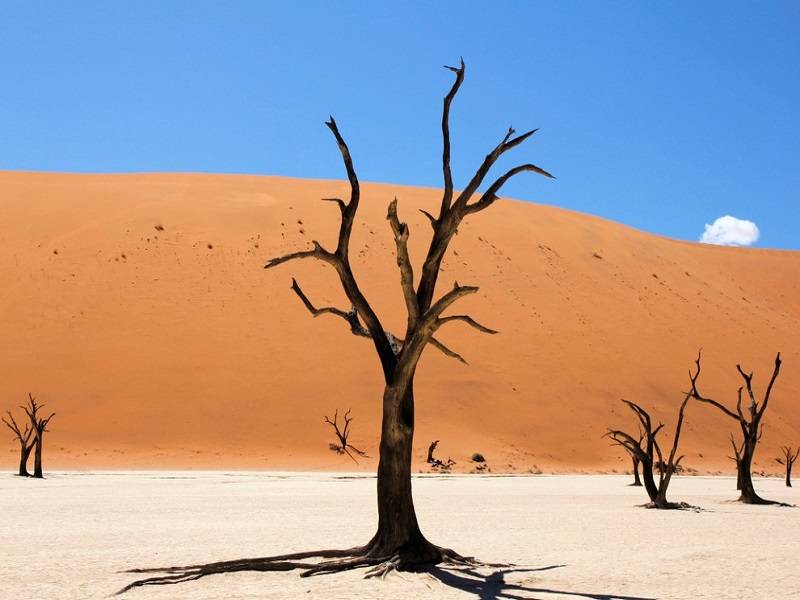 15. A massive rubber ducky in a city river.

16. A tribe of flamingos that actually formed the shape of a flamingo.

17. A cloud that formed indoors.

18. A recently deceased whale floating on the top of the water.

21. These enormous coconut crabs are a common sight in tropical climates.

22. An airplane coming in for a landing at St. Maarten airport.

23. Monarch butterflies flying back from their winter spot in Sierra Chincua, Mexico.

25. Lake Retba, one of the world’s naturally occurring pink lakes.

26. A place were people can hang off a ledge by a chain.

27. A single red flower sticking out amongst the charred black and white flora.

28. The landscape of the Namib Desert in southern Africa.

30. Waves that have formed on a grid.

34. During this flood, the flood water almost spilled over into someone’s pool,but didn’t.