In a strange incident, a 7-foot alligator attempted to escape its capture by scaling a 4-foot-tall wooden fence.

Facebook user Shari Sebuck from South Carolina, US, posted a rather scary picture of the beast and it’s definitely not for the fainthearted. 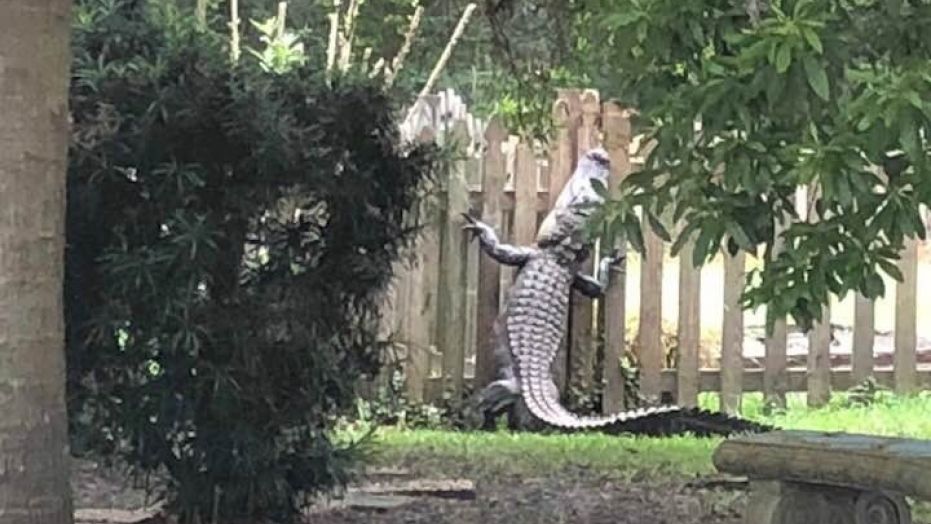 Sebuck shared the “unbelievable” picture on Facebook on May 21, commenting, “This is crazy.” The photo sparked dozens of reactions from surprised locals.

“I’ve never seen an alligator scale a fence. I took a picture so my two teenage boys would believe me since they were at school,” — Sebuck said. 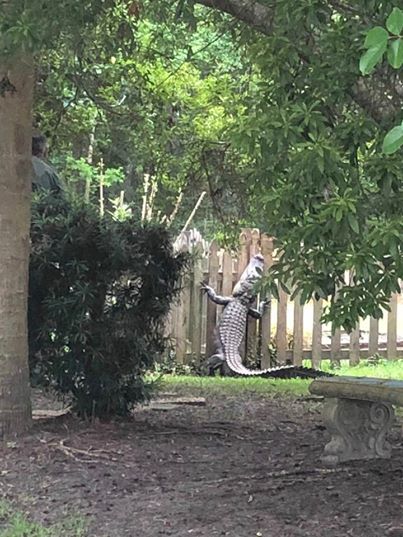 This is the fifth gator that’s been removed from the neighborhood so far this year, Sebuck said, adding that the creatures seem more “bountiful and aggressive” this year than usual.

The gator was eventually captured by South Carolina Department of Natural Resources.

2. Alligator Attempting To Eat A Turtle

3. Only In Florida: Video Of Huge Gator In Lakeland Goes Viral