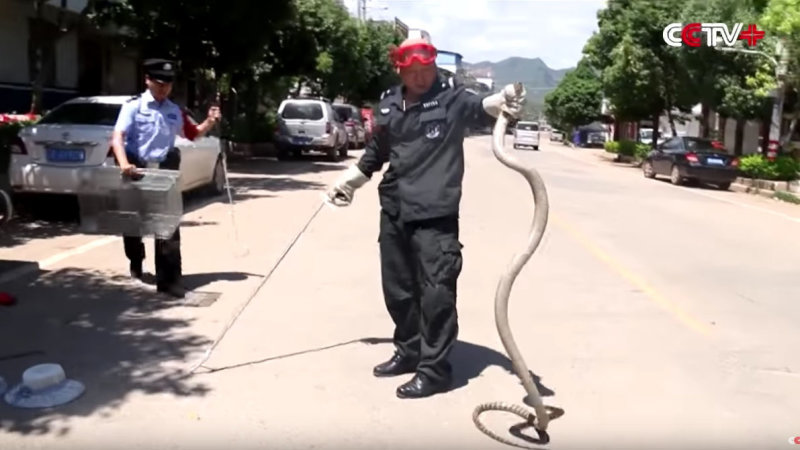 A king cobra hiding inside a van was removed with the help of police in China. The huge reptile, which weighed 4.1 kgs, was initially spotted by the vehicle’s owner coiled under the driver’s seat.

CCTV+ reports that as a police officer reached in to remove the snake from the minivan, it slid into the glove compartment in front of the passenger’s seat. Using snake-catching tongs, the trained police officer was able to capture and pull the cobra out of the van.

The cobra was held by the head and placed in a mesh cage before being handed over to the local wildlife preservation department.

For your information, King cobras are the world’s longest venomous snakes and tend to avoid confrontations with humans.