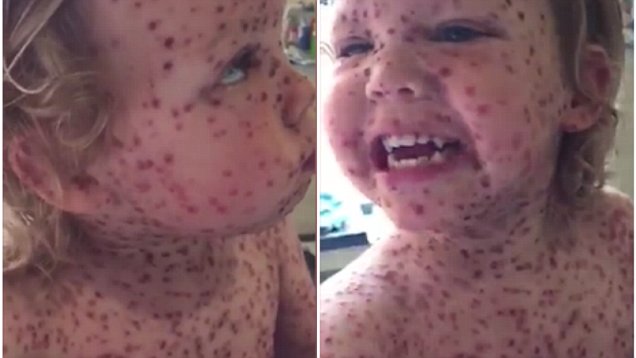 Sarah Allen claims two days before he required emergency treatment, she was refused an appointment at her local GP surgery because a receptionist did not think the condition was severe enough to warrant a visit. 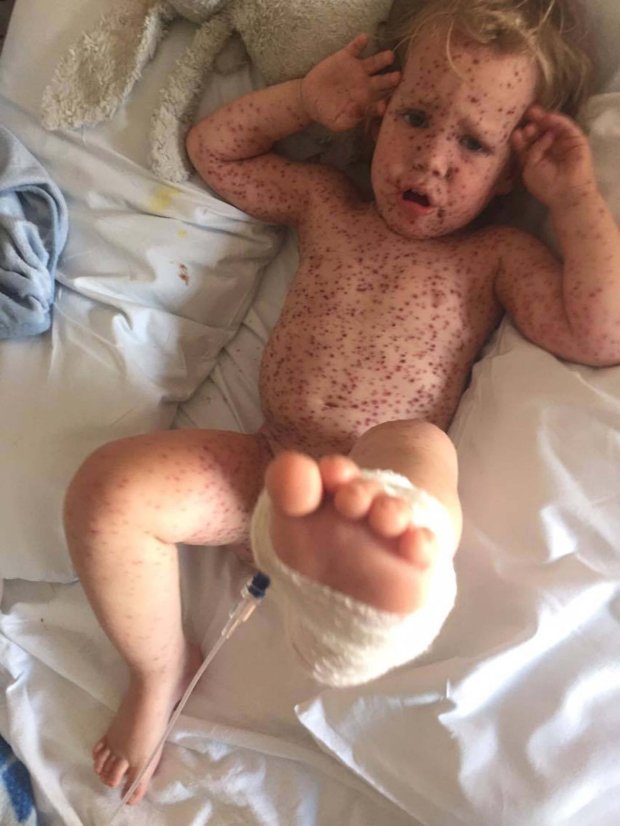 It was so bad his mother Sarah, 36, said doctors considered contacting medical journals as they had never seen such an extreme case.

He was put on an IV drip and given antiviral medication, antibiotics and morphine to help his ravaged body fight the virus. 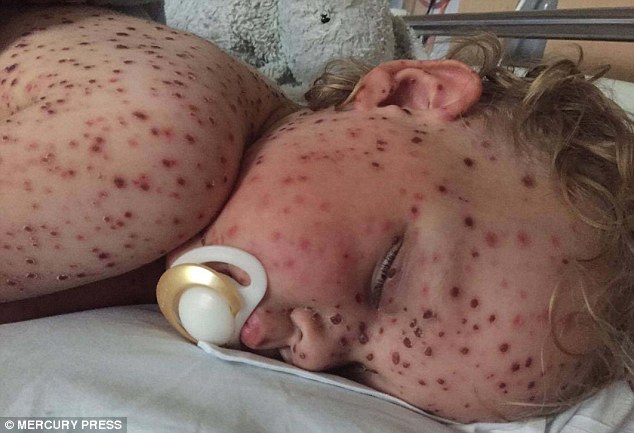 Mrs Allen from Cambridgeshire, UK, is now calling on the Government to make a vaccination against the disease free for all on the NHS – currently only available to certain children on medical grounds.

She is now calling on the Government to make the chickenpox vaccination part of the NHS’s routine childhood immunisation schedule so it is automatically available for all children. 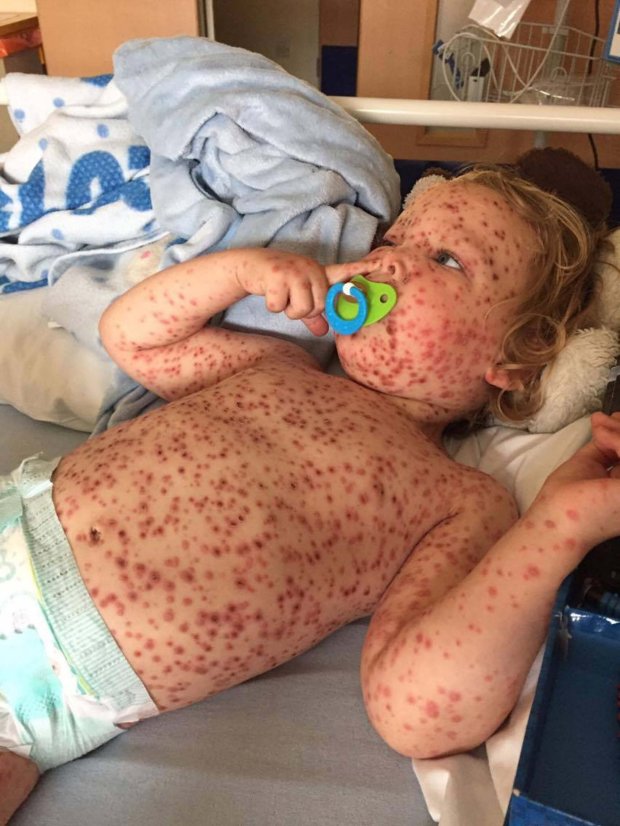 Mrs Allen said: ‘When I first called our local GP’s surgery I spoke to the receptionist to make an appointment for Jasper but when I told her it was chickenpox she said to me “every mother thinks their child has bad chickenpox”. 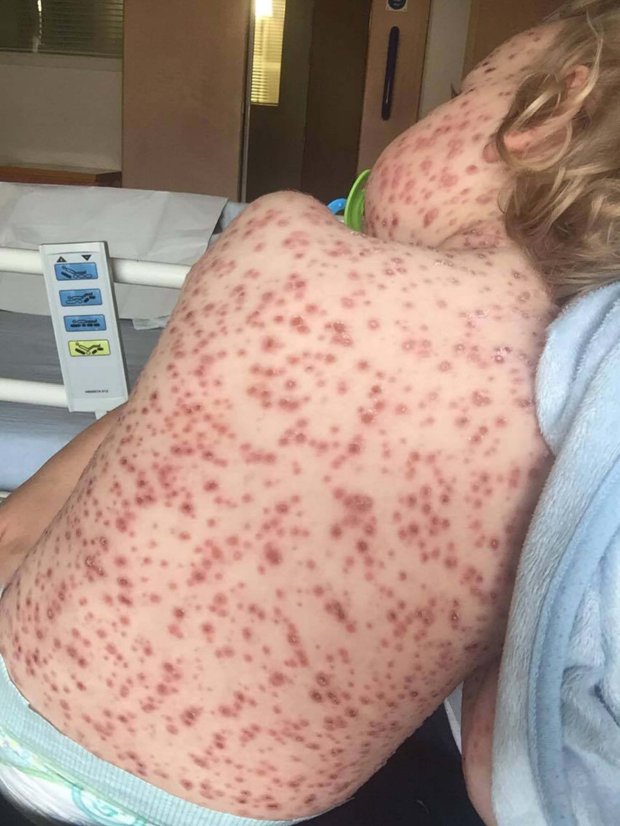 “As we were sat in the waiting room waiting for a bed I could see this redness in his chest spreading all over him before my eyes.We couldn’t hold him for three days because he screamed every time we touched him.It is worse when it’s your own child because all you want is to take the pain away for them, it broke my heart,” said Mrs Allen.
Doctors still do not know why the chickenpox Jasper contracted was so severe and he is undergoing heart scans to make sure there are no lasting effects.