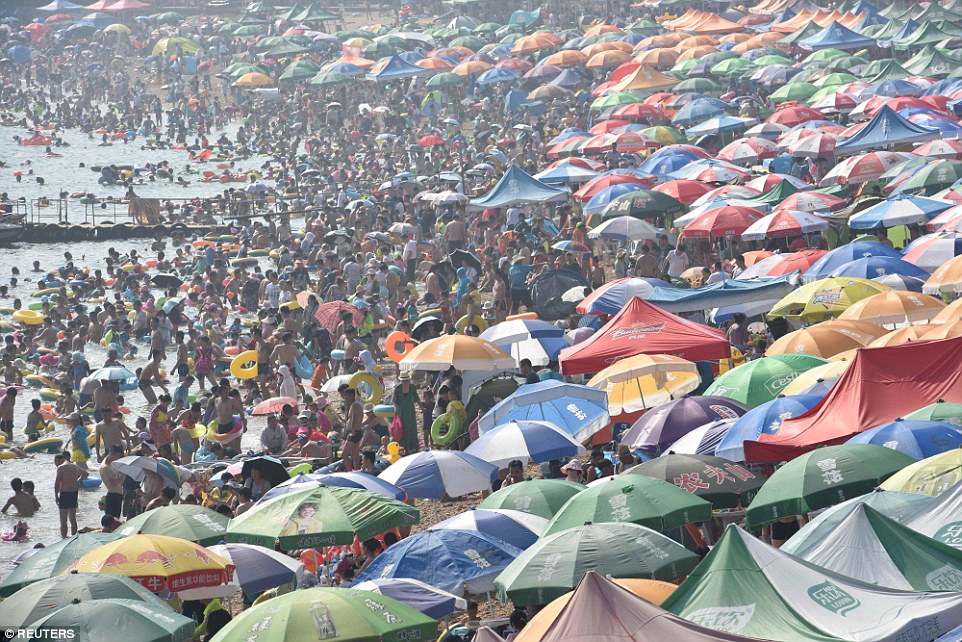 With 1.3 billion people, many of the cities in China show astonishing and amazing images, revealing the true extent of the growing population, including gridlocked roads packed with static cars queued for miles on end.

These photos also show a beach with people packed so closely that not a grain of sand is visible as far as they eye can see as citizens dash to the water with rubber rings around them. Thousands of children, who sit the same exams all over the country at the same time, are seen densely packed together on uniform desks in a vast hall.

Let’s look at glimpses of China growing population hazards through the eyes of lens men:

As a residential compound opens for sale in  Hangzhou, Zhejiang Province, Swarms of keen people line up for the big reveal 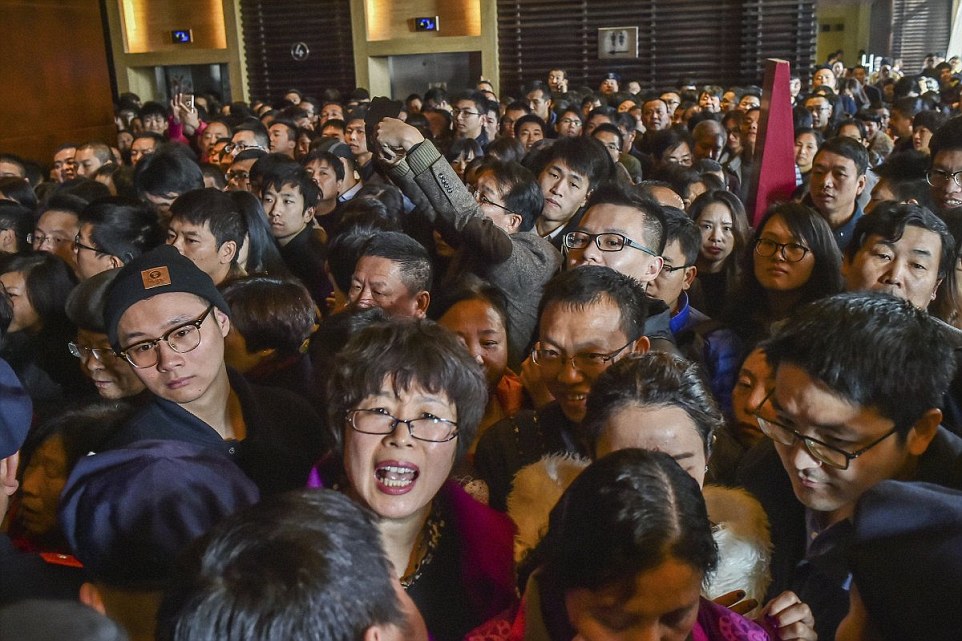 Swimmers wrestle with colourful rubber rings at a pool in Daying County, Sichuan Province, This past august, in a situation that looks anything but relaxing 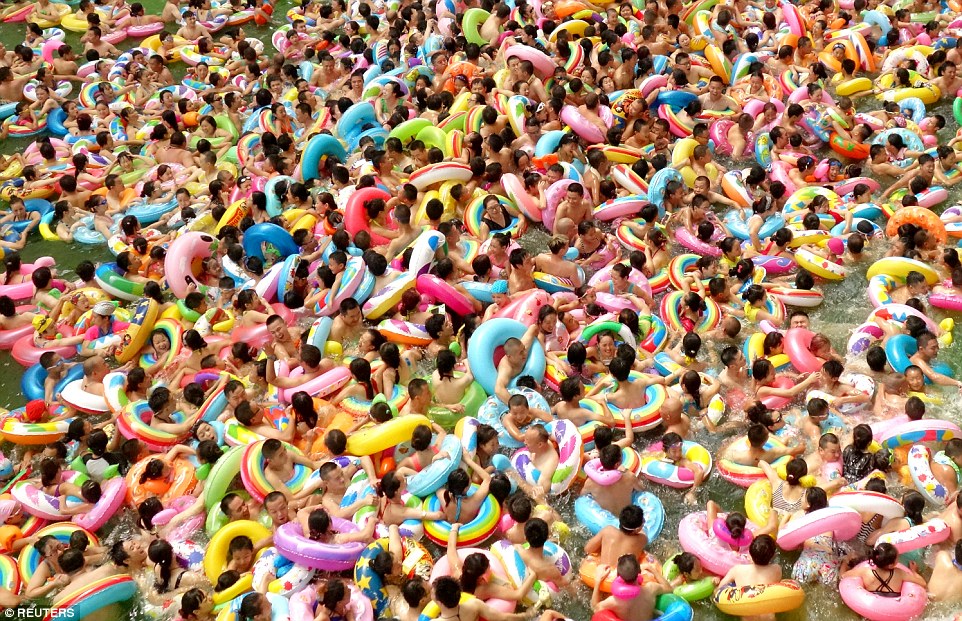 Students at a university in wuhan, hubei province, hang their laundry on lines and railings outside their housing complex 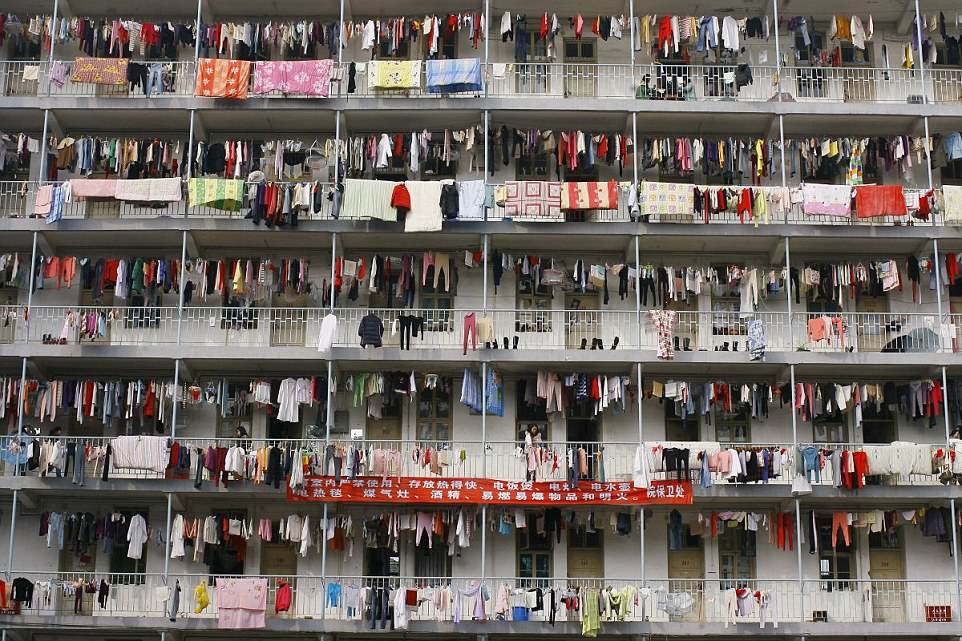 More than 1,700 secondary school students in yichuan, shaanxi province, sat this exam in 2015, which had to take place in its open-air playground due to lack of space inside 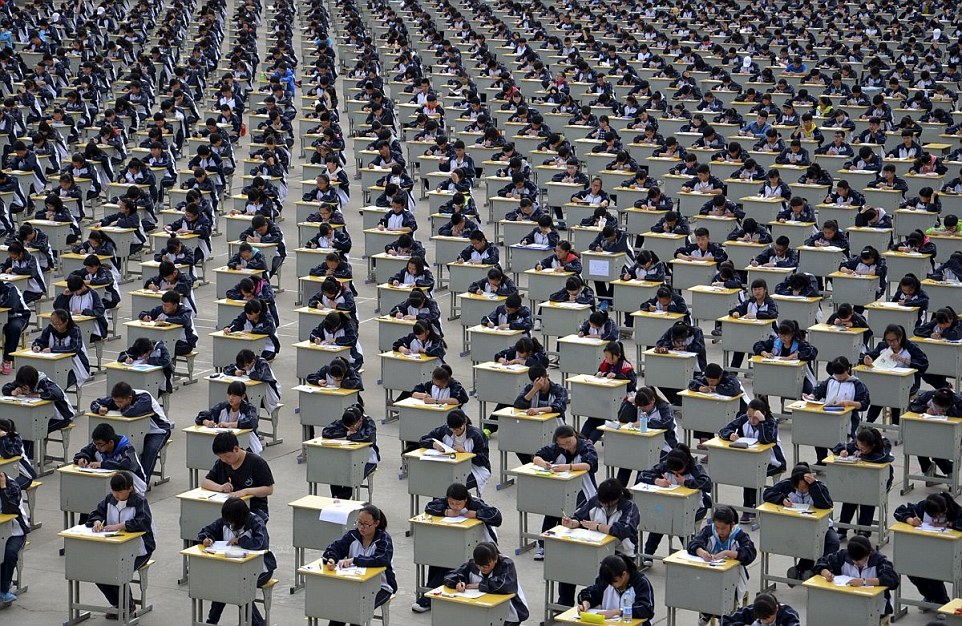 Shanghai hongqiao railway station, which sees an enormous number of travellers and commuters pass through its halls 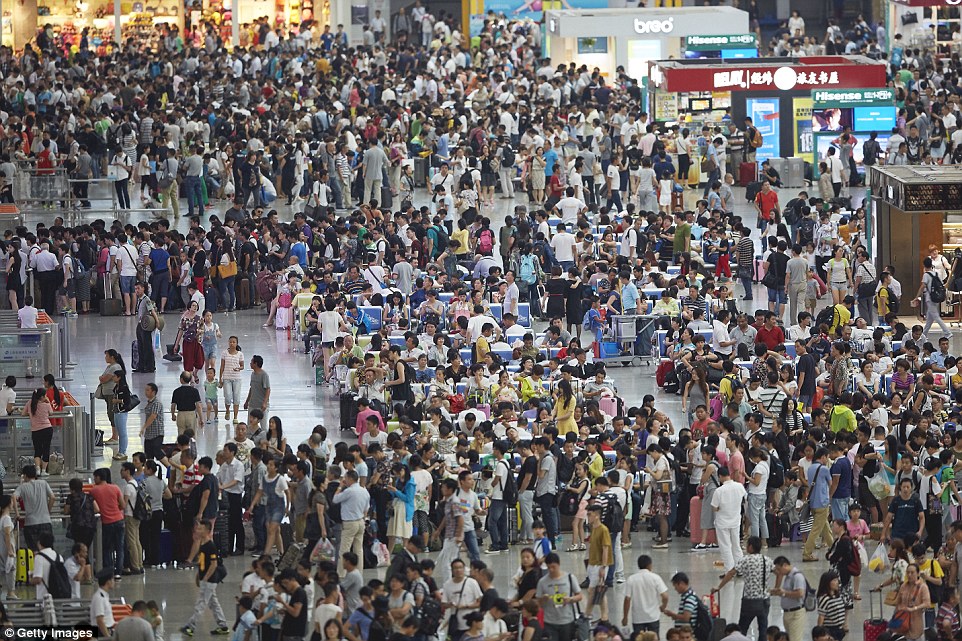 Scores of people bustle for space af the annual lantern festival in yuyuan garden, located in china’s city of shanghai 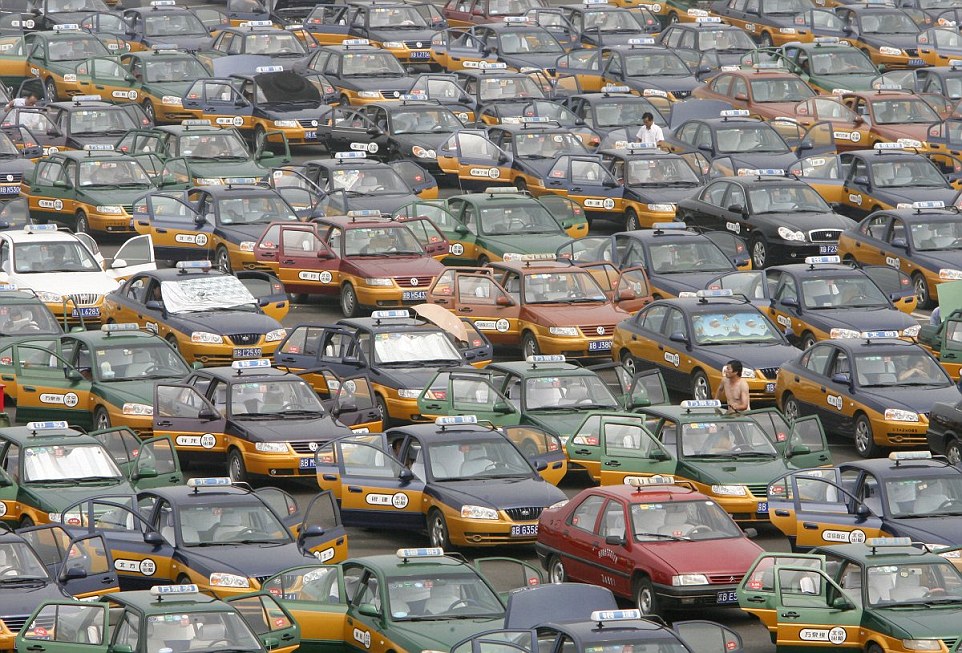 Outside beijing’s international airport, taxi drivers – one shirtless – line up to await passengers in the sweltering summer heat 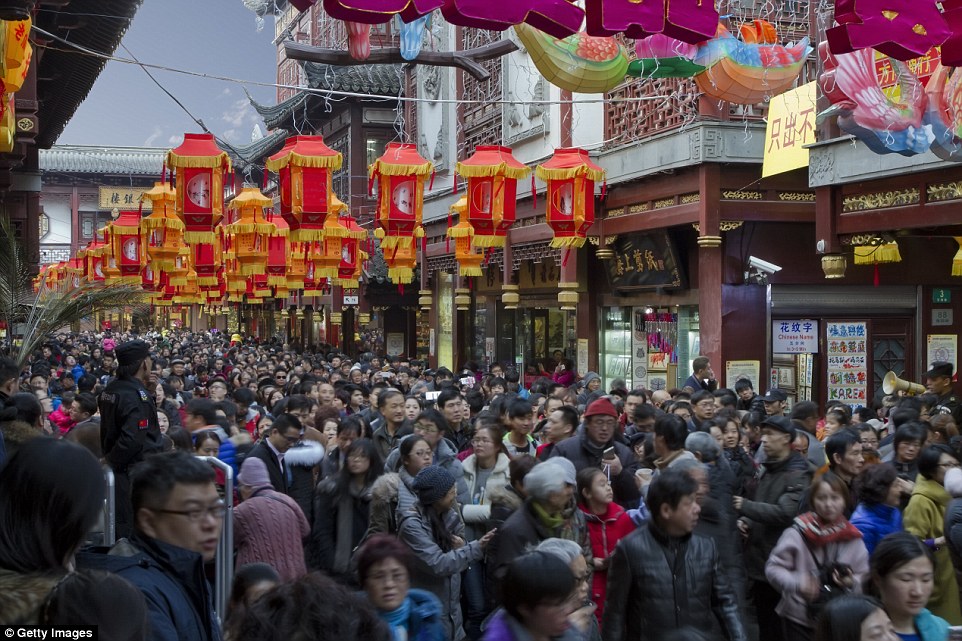 Amid a sea of wheels and handlebars in beijing, a woman who has somehow located her own bike prepares to cycle away 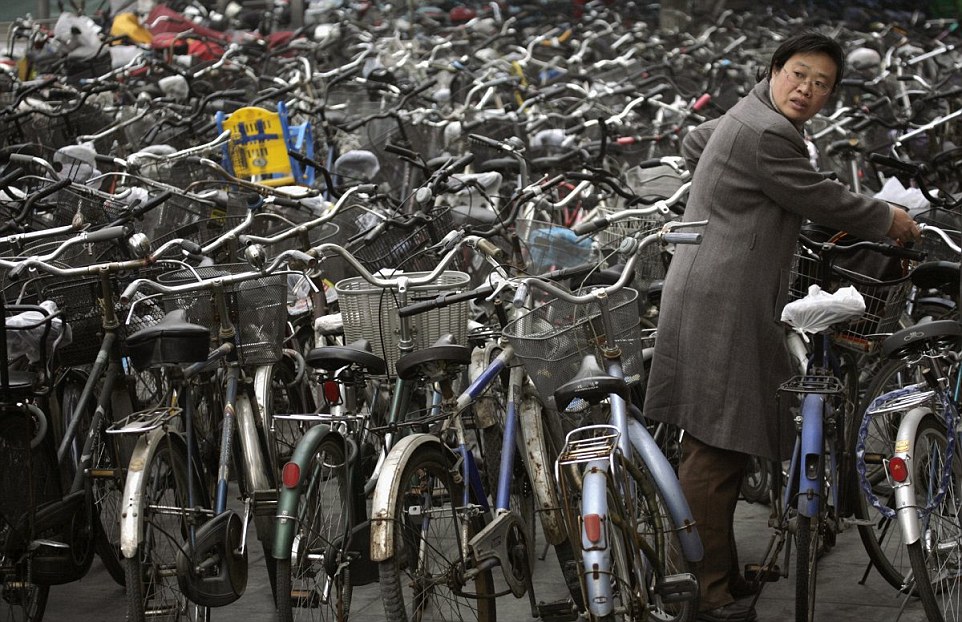 At a university is Wuhan, Hubei province, students sleep on mats laid out on an air-conditioned gym floor to escape the heat 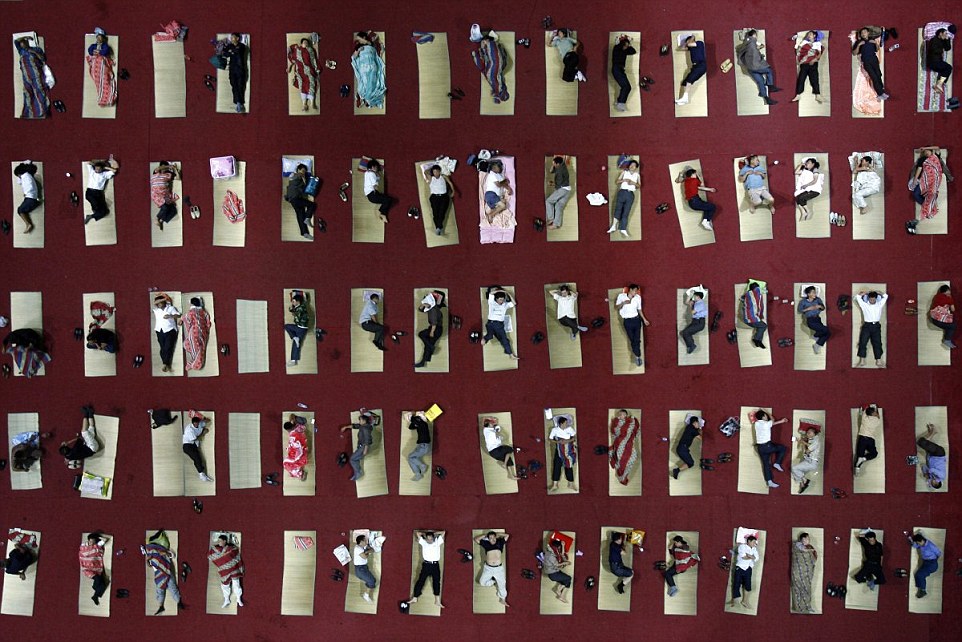 Thousands upon thousands of job-seekers collect eagerly around booths at a job fair in chongqing, southwestern China 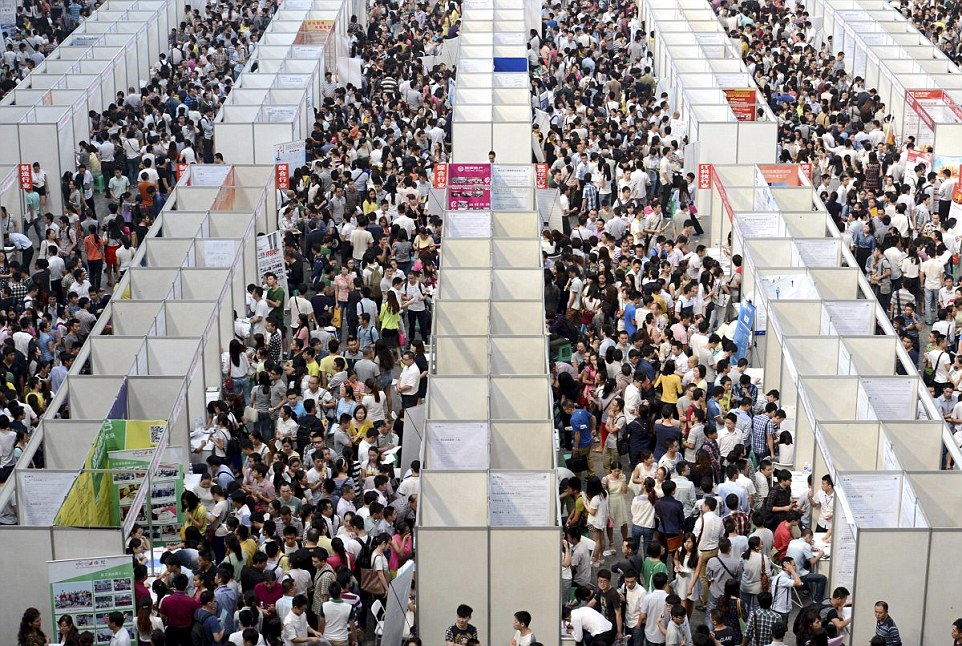 This summer in dalian, liaoning province, countless beaches were packed full of sunbathers and crowded with parasols

In a rather beautiful image, scores of people wander under lantern-dressed trees to celebrate the chinese new year in Beijing 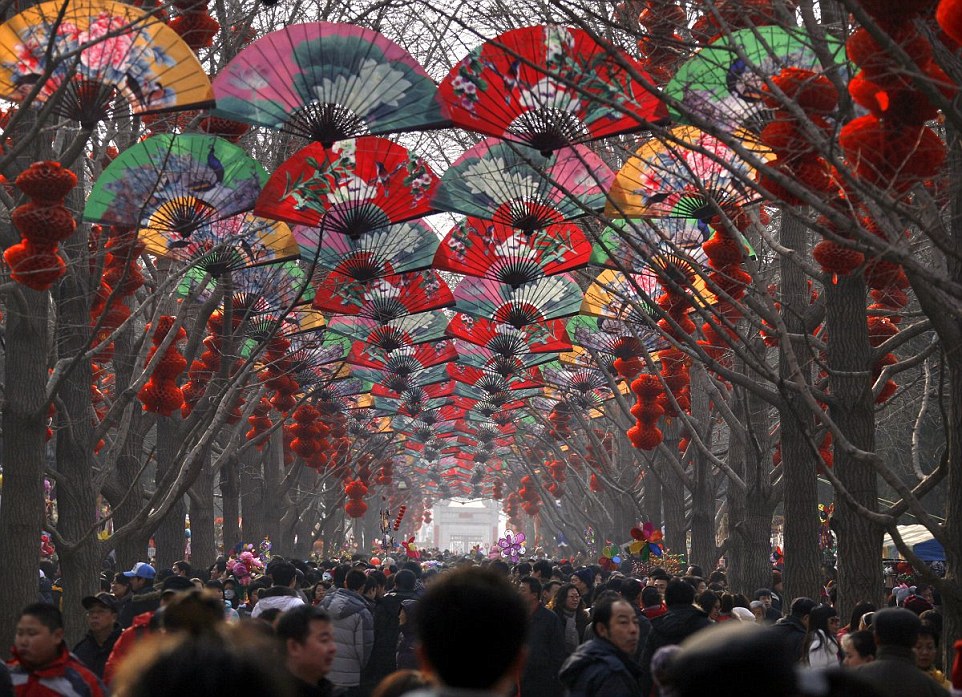 College students queue up for a job fair in 2014, which roughly 50,000 people attended in Zhengzhou, Henan province 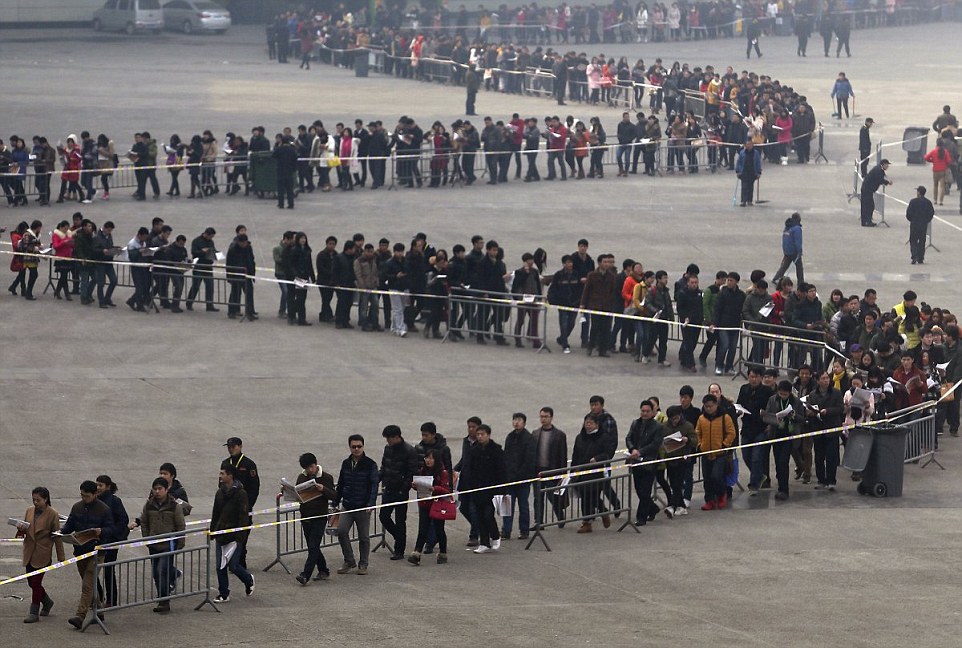 Visitors participate in the annual water-splashing festival to mark the new year of the dai minority in Xishuang Banna, Yunnan province in 2013 People queue up before viewing the soaring tide near the bank of Qiantang river in Hangzhou, Zhejiang province in 2010 Vehicles are seen on a snaking avenue during the evening rush hour at sunset in Beijing in 2014, surrounded by skyscrapers 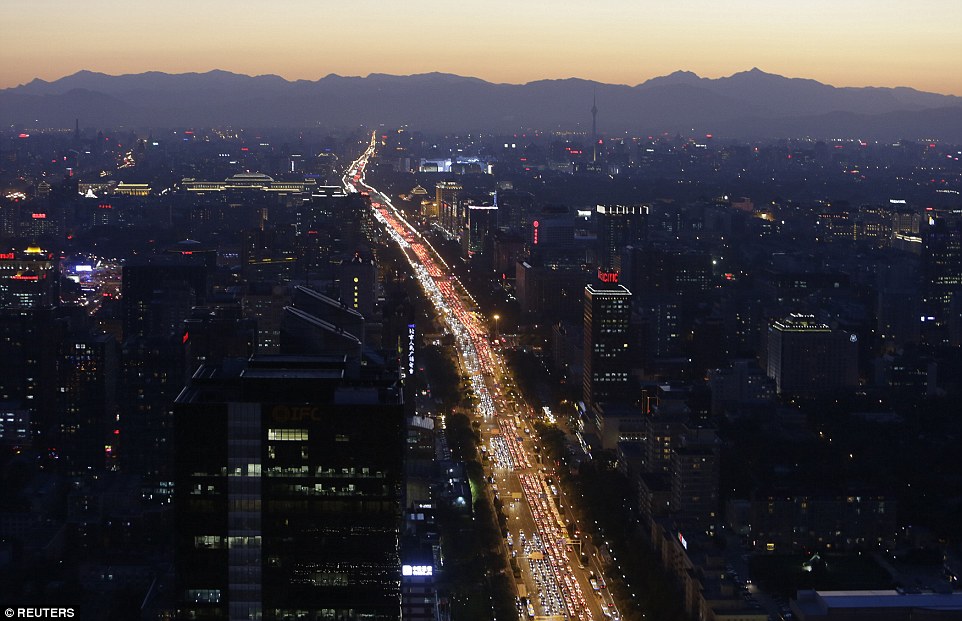 Heaving crowds line the bund waterfront area in central Shanghai, always busy both during the day (left) and at night (right)