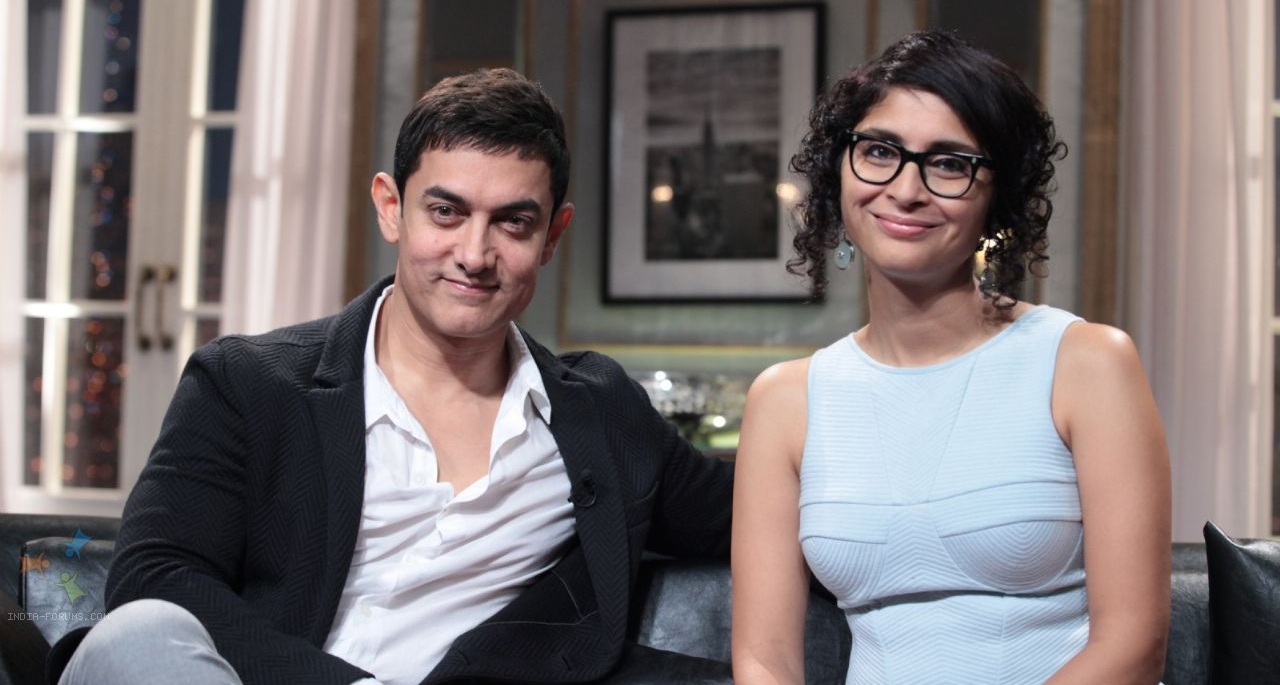 Aamir Khan made some comments to contribute to the debate over acts of intolerance in our country at the Ramnath  Goenka (RNG) Awards.

Breaking his silence over acts of intolerance, Aamir Khan expressed “alarm” and despondency over the rise in such cases “in the last six to eight months”. He said that he feels a sense of “insecurity” and “fear” considering the state of the nation.

(Wife) Kiran and I have lived all our lives in India. For the first time, she said, should we move out of India? That’s a disastrous and big statement for Kiran to make to me. She fears for her child. She fears about what the atmosphere around us will be. She feels scared to open the newspapers everyday. That does indicate that there is a sense of growing disquiet.

Aamir Khan’s comments on growing intolerance provoked a deluge of tweets and comments on Twitter and Facebook. Let’s check out who all have kicked Aamir’s Bum:

Dear @aamir_khan. Did you ask Kiran which country would she like to move out to? Did you tell her that this country has made you AAMIR KHAN.

Dear @aamir_khan. When did ‘Incredible India’ become ‘Intolerant India’ for you? Only in the last 7-8 months? #AtithiDevoBhavah — Anupam Kher (@AnupamPkher) November 23, 2015

Dear #AamirKhan you can send your wife Kiran to the wives of Indian Army personnel, they will teach her courage — Shikha Bhattacharya (@crackwit) November 24, 2015

But when it comes to respecting your nation and what it has done for you ?? Before that ask yourself.. What have you done for the nation? — Raveena Tandon (@TandonRaveena) November 24, 2015

And can we please allow @aamir_khan to express his opinion without labelling him or anyone. Jiyo Aur jeene do is what makes India great! — Rajdeep Sardesai (@sardesairajdeep) November 24, 2015

Dear @Aamir_Khan, u r a role model for Indians who, like me, admire u. Pls stay away from mixing Islam & politics & stick to yr social work — Tarek Fatah (@TarekFatah) November 24, 2015

Now that @aamir_khan also feels we are an #IntolerantNation. Let us now go all out and prove once for all that we are really intolerant. — Ashoke Pandit (@ashokepandit) November 23, 2015

There are a few people who have endorsed Aamir Khan’s View:

Every word that @aamir_khan said is so true. I admire him for speaking up — Arvind Kejriwal (@ArvindKejriwal) November 23, 2015

Aamir Khan is perfectly justified in his views and those who are trashing him are not respecting the sensibilities of this country. — ashutosh (@ashutosh83B) November 24, 2015 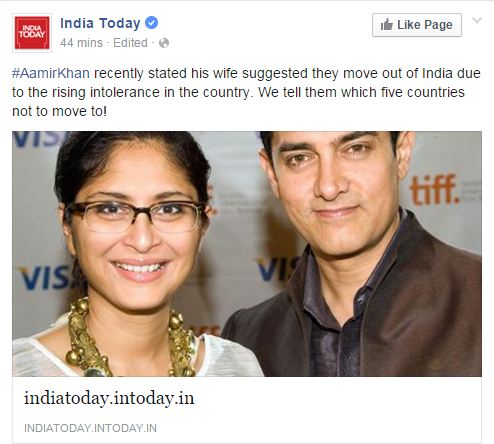 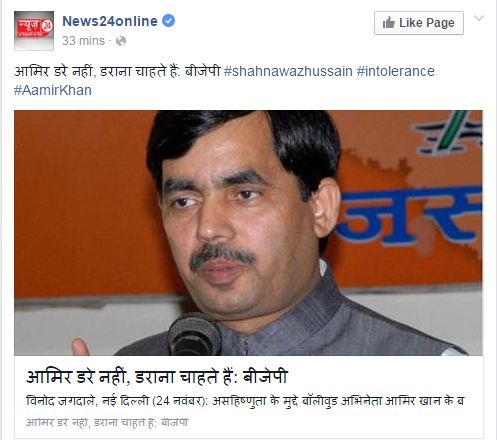