Home » Can You Spot The Skier? The Extreme Sportsman Took To The Slopes While Filming An Adrenaline Pumping Video For Red Bull 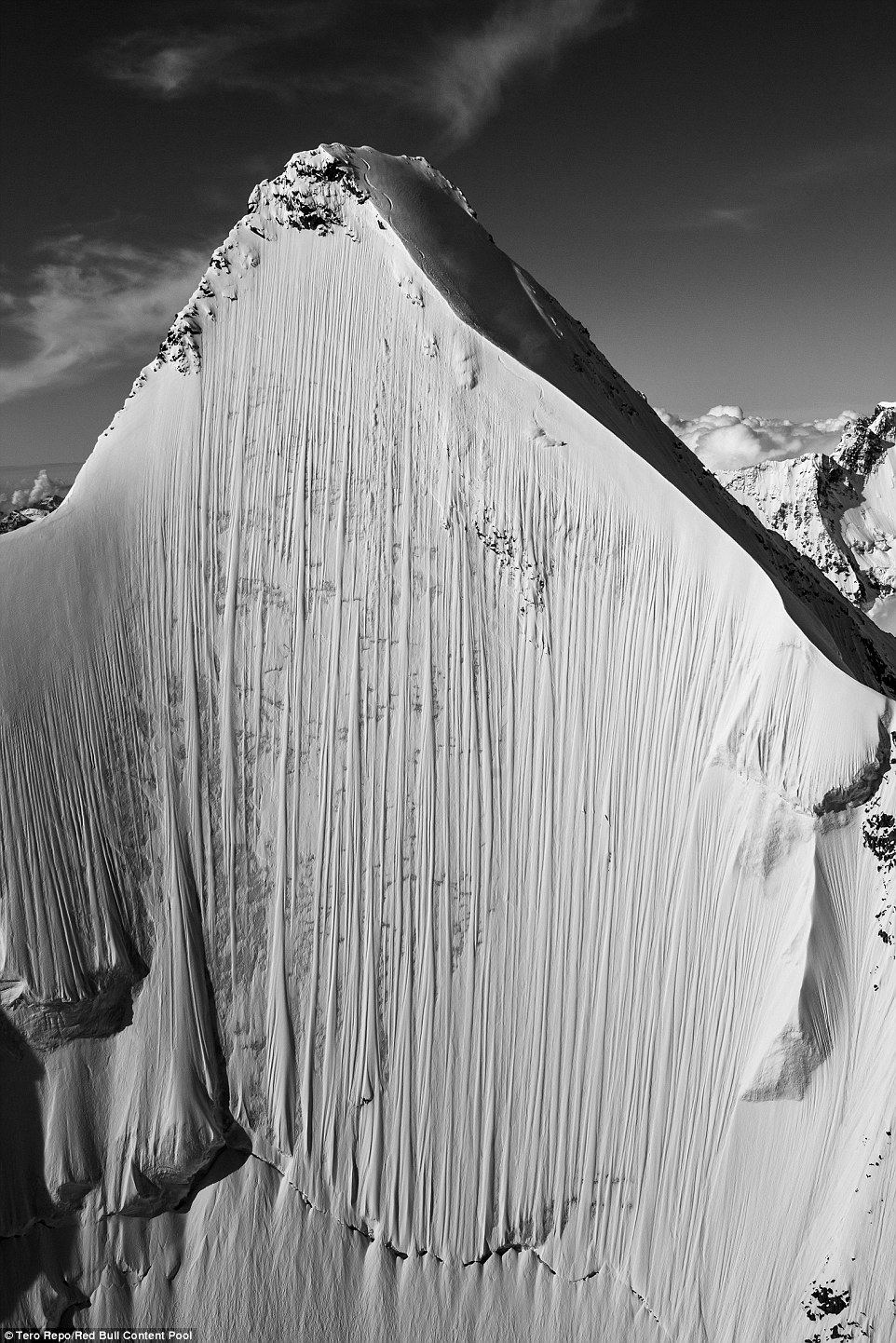 Just looking at this dramatic 13,000ft vertical peak in Switzerland is enough to give you a tinge of vertigo. But can you imagine plunging over the edge on a pair of skis and going down it? Well, for Swiss skier Jeremie Heitz, 27, this thought filled him with delight instead of dread.

CAN you spot the daredevil skier on this cliff in Switzerland? Somewhere in this photo is an extreme sportsman plummeting down a near-vertical 13,000ft peak in Switzerland.

Photographs capture Jeremie Heitz in action as he descended the mountain in the Pennine Alps – his tiny silhouette barely distinguishable against the vast, snowy landscape.

Somewhere on this picture of a 13,000ft peak in the Pennine Alps is 27-year-old extreme skier Jeremie Heitz 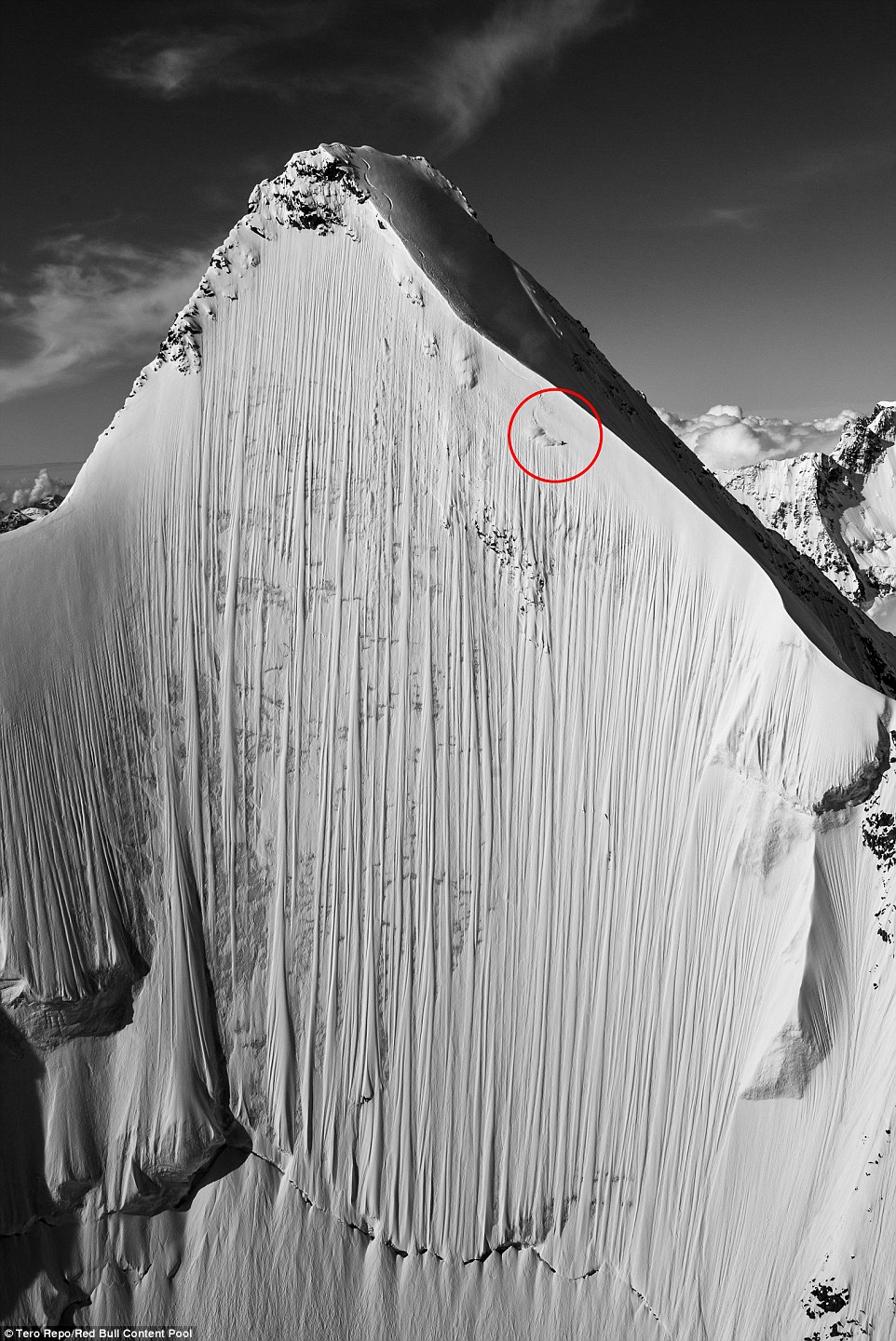 Heitz, circled, made the descent for a video project in which he skied 15 of his dream peaks 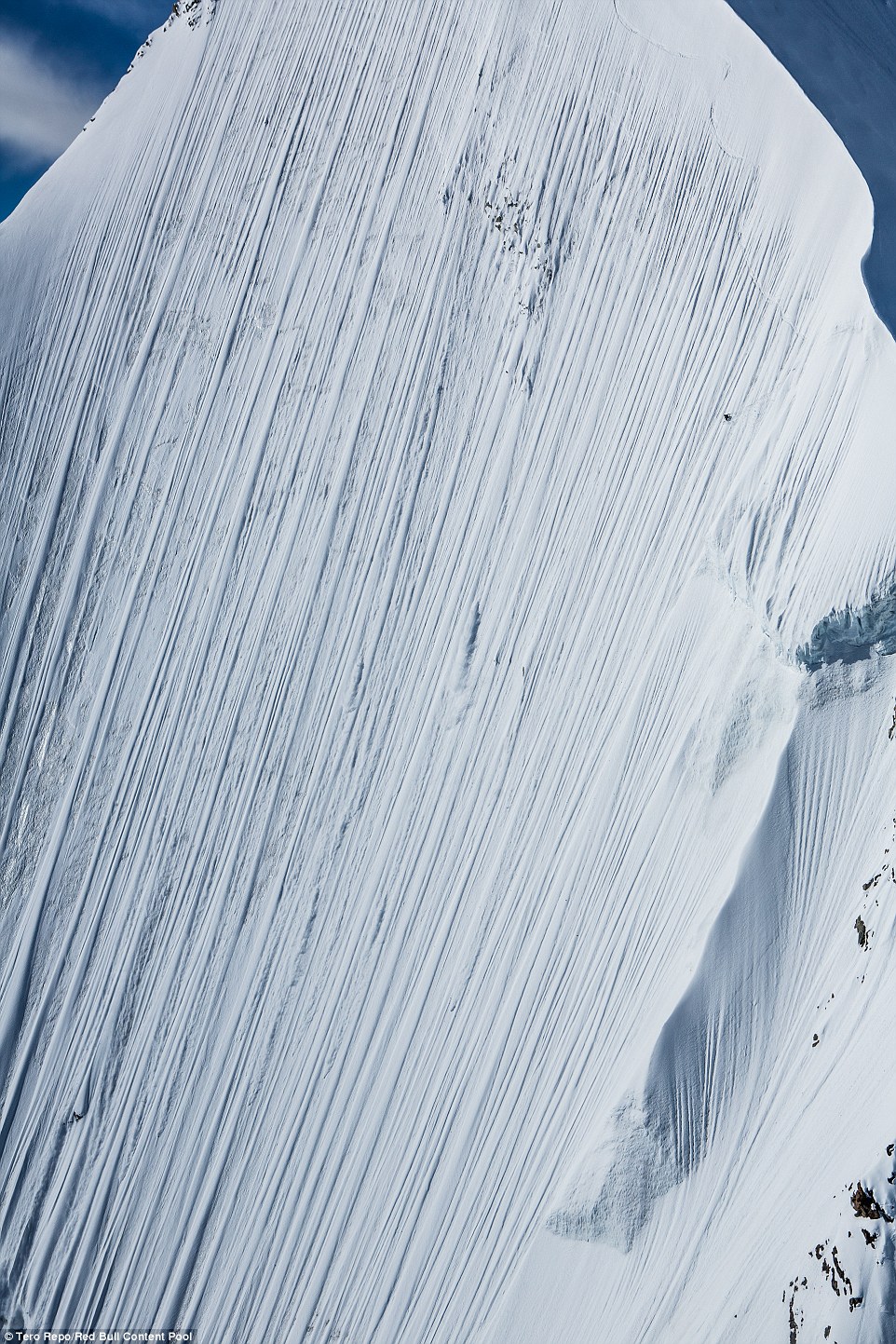 Action shot: The extreme sportsman is completely dwarfed by the mountain – and appears as a tiny speck 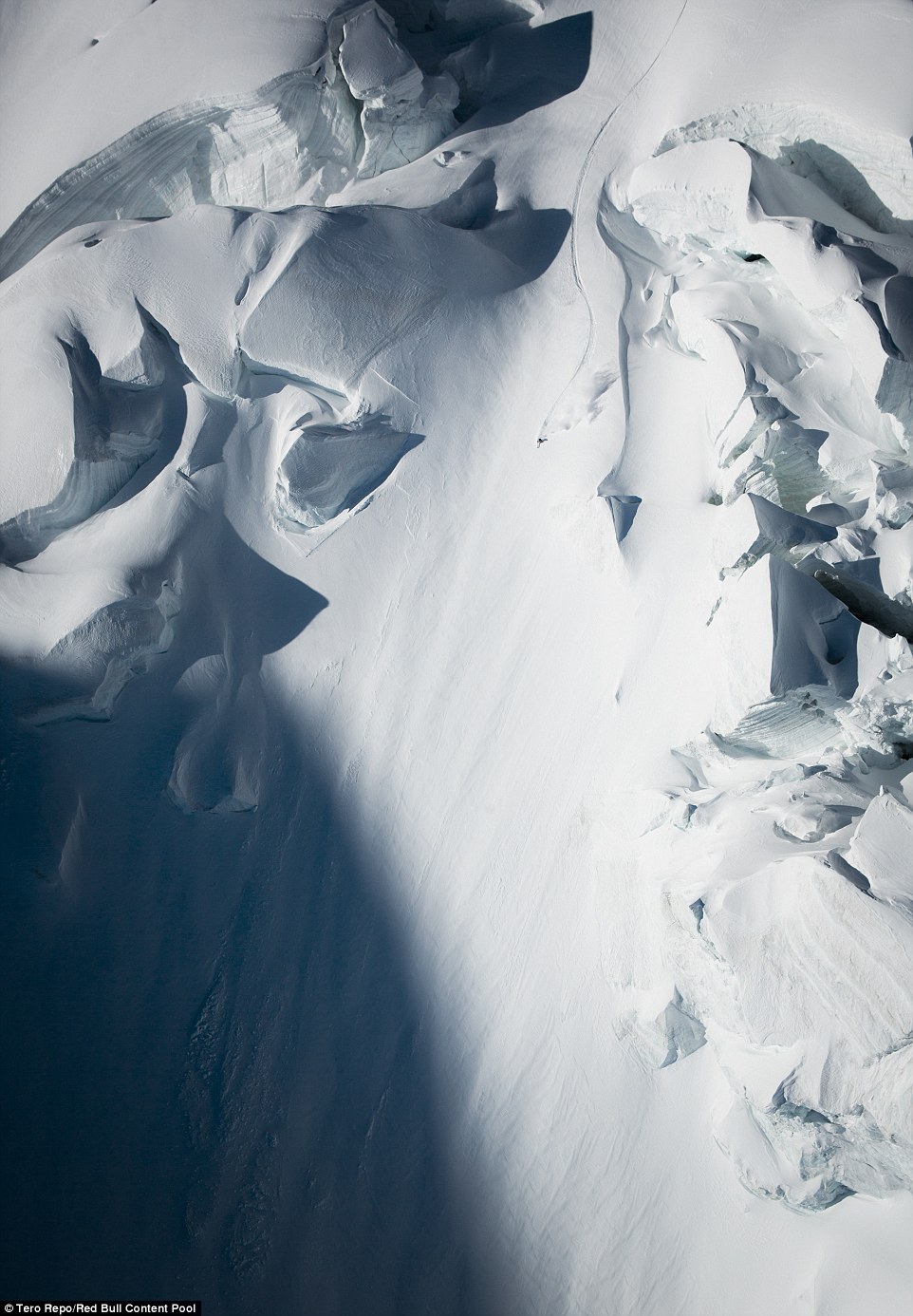 Starting early: Heitz developed a passion for skiing from a young age and he tackled his first run at the age of two

Heitz scored ninth place in the Freeride World Tour, which was held in Verbier 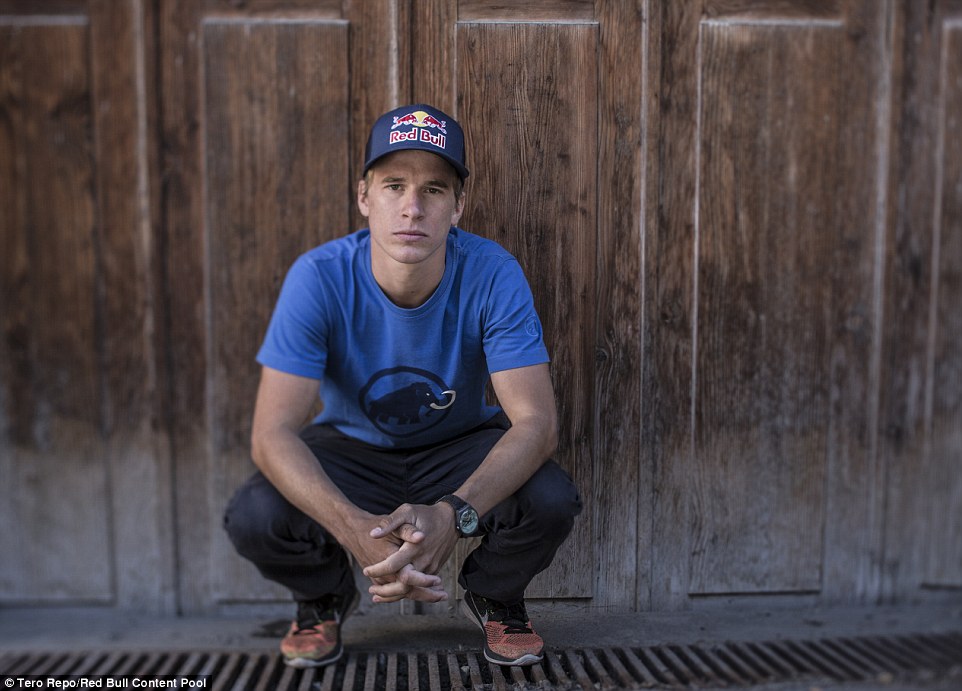