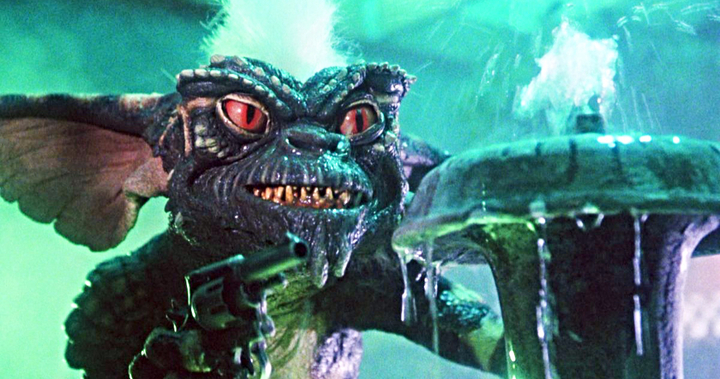 If you were a fan of the iconic “Gremlins” movies from the 1980s and 1990s, we have some potentially exciting news for you – but please focus on the “potentially.”

We’ve been here many times before only to have our hopes dashed, and we don’t want it to happen again, but a third “Gremlins” film might actually be happening.

It’s been more than thirty years since “Gremlins 2: The New Batch” was released to movie theaters, and we’re all middle-aged adults rather than the wide-eyed kids who went to see that film with our parents, but we all know we’d be first in line to see a sequel if one ever appeared.

We’d almost given up hope on ever seeing it happen, and yet all of a sudden, the prospect appears to be closer than it has been in three decades.

2021 was already shaping up to be a very exciting year for the “Gremlins” franchise with the release of a new animated series for HBO Max entitled “Gremlins: Secrets of the Mogwai.”

Animators and writers have been hard at work on the show for months, and the first images from the cartoon hit the internet at the end of October 2020, ahead of its anticipated spring 2021 release date.

It’s thought that it might provide an origin story for Gizmo, the franchise’s central character. That story would likely be welcomed by the majority of fans, but not as enthusiastically as a whole new movie is likely to be.

Away from the world of cinema and television, “Gremlins” has found a way to stay alive in other forms of entertainment.

A video game based on “Gremlins” was developed for the PlayStation 2 in late 2002 and early 2003 but was abandoned in a state of near-completion.

Years later, “Gremlins” found its way to online slots websites in the shape of a game made by a company called Red7.

While “Gremlins” may traditionally be thought of as a children’s movie, the children who watched it are now all grown up, which is perhaps why a more adult-orientated online slots with 10 free spins no deposit appeals to them.

Since its release in March 2020, the Red7 creation has become one of the most popular movie-themed online slots in Europe, which is no small achievement when you consider the box office success of some of the other movies that have been turned into slots.

It’s clear that there’s still a lot of passion out there for Chris Columbus’ creations and that the passion is backed by money. Perhaps that might have served as the incentive for Columbus to finally go ahead with his plans for a third film.

Through comments he’s made to the media in the past, it’s been known that Columbus has had a finalized script for a third film ready to go since at least 2017 – he’s just been waiting for the right moment to take it off the page and turn it into a full-on production.

Aside from the announcement of the animated series, there had been very few announcements about the future of the movie franchise since that 2017 confirmation, until this past week.

Columbus might have accidentally confirmed that he’s already started working on the project while giving an interview about something else entirely.

In an interview with Collider Magazine that was subsequently picked up and reprinted elsewhere online, Columbus was in the middle of discussing his 2020 festive film “The Christmas Chronicles: Part Two” when the interviewer asked him whether there was anything to report about a third “Gremlins” movie.

Somewhat surprisingly, Columbus replied enthusiastically. He confirmed that the script he wrote in 2017 was still a going concern and that his team is actively working on some “rights issues” so they could get the ball rolling.

In addition, he confirmed that he’d already decided that he’d be using puppets as opposed to CGI in the third film, keeping with the style that was established in the first two movies.

It’s unlikely that he’d have arrived at such a decision without careful consideration, which means at some point in the recent past, Columbus has been doing some deep thinking about the sequel.

The “rights issues” he mentioned might not be easy to resolve. Other than receiving a credit for coming up with the original idea, Columbus wasn’t involved in “Gremlins 2,” and although he’s never explicitly said so, has always suggested that he didn’t particularly enjoy the film.

Since1990, the rights have found their way to Warner Bros. It was Warner Bros that greenlit the animated series for HBO, and they would also need to greenlight anything that Columbus wants to do about a third film.

We have no way of knowing how conversations between Columbus and Warner Bros might have progressed so far, if any such conversations have even happened at all.

Studios tend not to say ‘no’ to ideas when they believe that there’s money to be made, but Warner Bros might want to hang back for a while so the animated series doesn’t get eclipsed by a third film. Unfortunately for fans, that means we might be waiting for quite a while before we get to see the movie.

Waiting is nothing new for “Gremlins” fans. We’ve been doing it for more than a generation, and we can manage a few years more if we need to.

For many of us, though, it would be a wonderful experience to walk into a movie theater and become part of that world again.

We have fond memories of going to see the first two films with our parents, and a lot of us are now parents ourselves and would be attending with our own kids.

Considering the dubious merits of some of the film franchises that have been revived, rebooted, or resurrected in recent years, “Gremlins 3” is an idea for which time has not only come but is overdue.

Columbus has a script. Warner Bros has the rights. The audience is out there. Please, everybody, let’s work together and make this happen!