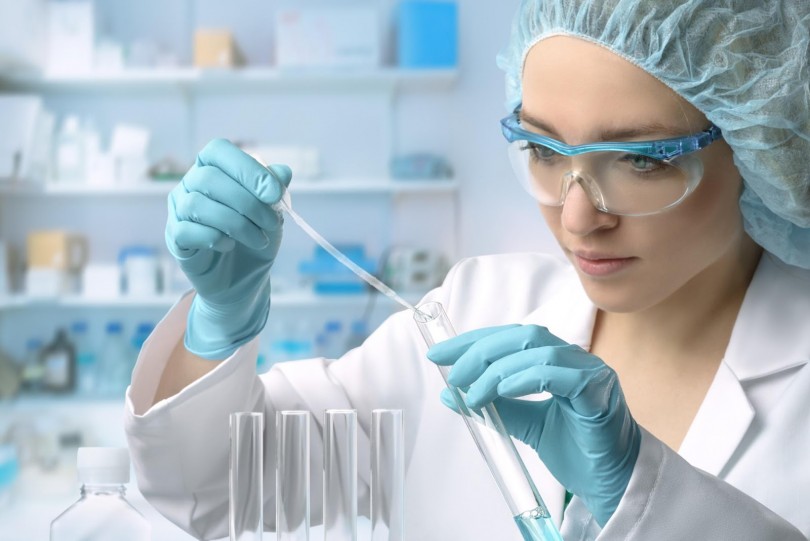 Chromatography lets scientists and chemists identify biological materials and it is one of the most useful techniques used to help find clues at a crime scene.

If you have ever spilled liquid on a piece of paper you have written on, you might have experienced chromatography first hand.

We are going to cover the ins and out of chromatography below from what it is to how it works and more.

Keep reading to learn everything you need to know about chromatography.

The literal definition of chromatography is to write or represent with color. According to the Merriam-Webster dictionary, it is a process where a chemical mixture is carried by a liquid or gas and separated into components because of the different distribution of the solutes while they flow around or while they are over a stationary liquid phase or solid phase.

Even though there are different types and forms of chromatography they each operate on the same principle.

Usually what carries the mixtures is a gas or a liquid. The stationary phase is usually a porous solid like alumina or silica.

What Is Chromatography Used For?

Like we learned above chromatography is a separation technique. There are some scientists that perform a type of chromatography work at some point in many of their projects.

Chromatography can be used as a purification technique to isolate the reaction that is desired from a mixture of impurities.

Chromatography is used as an analytical technique. A mixture is separated into its individual components where substances can be isolated that are present in a sample and then put each of them under further analysis.

There are some types of chromatography that are able to detect substances that are present at the attogram level.

There is nothing that can separate things like chromatography, making it the most used application for analysis.

Chromatography is used in the bioanalytical field to separate and identify chemical compounds and therapeutic drugs.

Column chromatography is used in HPLC to separate and/or identify the components that are found in a mixture. This is where c18 columns can be used.

Chromatography is also used to monitor pollution and to identify concentrations of unknown pollutants in air and water samples.

Scientists have also used it for studying complex mixtures in common items like perfume and food.

This is where you put a spot of ink near the edge of a filter paper and then hang the paper vertically and dip the lower edge in a solvent such as alcohol or water.

Capillary action then makes the solvent travel up the paper where it dissolves the ink once it touches it.

The mobile phase is the dissolved ink, the stationary phase is when it travels up the paper and separates into different components.

This uses a vertical glass jar as the stationary phase instead of paper. The glass jar is packed with any type of absorbent solids.

This can include things such as silica gel, silica crystals, or a solid coated with a liquid.

The mobile phase then drips through the column and is split into its components. Those components are then removed and analyzed.

This type of chromatography does not involve liquids traveling through solids instead it involves gas.

A tiny sample of the mixture of substances is placed in a syringe and then it is injected into the machine. The mixture components are heated and they instantly vaporize.

The carrier is then added, which is a neutral gas such as helium or hydrogen. When the mixture travels through the column it is absorbed and separated into its components.

The reason the chromatography works is because of the differences in the properties of molecules in materials.

There are some molecules that have polarity and act as magnets, and there are other molecules that are ionic where the atoms are held together by their charge difference.

Scientists depend on the differences in molecular properties in order to separate compounds into individual molecules.

Putting molecules in a mobile phase will require it to either be dissolved in a solvent or having the substance in a gas or liquid stage.

No matter what type of material is being looked at in order for chromatography to work the material has to always have a mobile phase.

Without a mobile phase present then chromatography would not be helpful when it comes to finding information.

Now that you know more about what is chromatography, and the chromatography process you can see how important it is in the world of science.

It has become important in almost all areas from food and beverage to forensics to pharmaceuticals and many more industries.

Scientists have many options available to them nowadays to help them achieve the chemical separation they want.

Did you learn something new today and find our blog post helpful? Please come back soon to never miss our latest helpful posts.