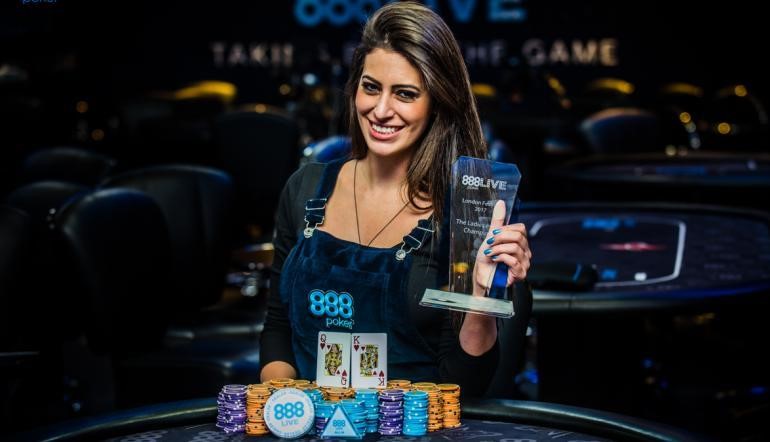 Poker has evolved into one of the most popular casino games, transforming from a recreational game played with friends, into a competitive sport played all over the world, with millions of dollars involved.

There’s no denying that the World Series of Poker has taken the card game to the next level and it’s where the big bucks can be won – especially when you consider the Main Event.

But who are the biggest winners and how much did they win? Here we will take a look at the top four winners of all-time, but if you think you could compete with those, or at least get some practise in, visit: https://poker.paddypower.com/.

Antonio Esfandiari, nicknamed the magician, is well known on the WSOP circuit – largely down to the fact he managed to win the largest ever cash prize at a poker tournament.

He was participating in the ‘Big One for One Drop’ at the 2012 edition of the World Series of Poker, which had a total prize pool of $42.6 million – and won the first prize of $18.3 million.

Interestingly, Esfandiari sits first in the list of all-time earnings, with a cool $22,283,326 – but as you can see, the majority was won from that single event, to place him higher than the likes of Daniel Negreanu, Phil Hellmuth and Phil Ivey!

Dan Colman was originally a professional online poker player, but he entered the ‘Big One for One Drop’ at the 2014 World Series of Poker and went on to beat 41 other professionals to pocket an eye-watering $15.3 million.

Winning the second-highest cash prize for a single player in a tournament, he features next on our list. The total prize money wasn’t as much as the 2012 edition but saw the entrants battle it out for a total prize pool of $37.3 million.

In the event, Colman also beat one of poker’s recent greats in Negreanu, but as you can see from the following video, he doesn’t exactly look thrilled about winning!

Chinese poker player Elton Tsang is considered one of the top five poker players in Asia and it’s hard to disagree when you learn of his win here.

Not only did Tsang win the third-highest cash prize in a single tournament, but at $12.2 million, it was the largest prize awarded at a poker tournament held outside of the USA. The event? The Monte-Carlo One Drop Extravaganza in 2016.

He defeated 25 players on his way to winning the tournament, his biggest and most recent win to date; and Tsang sits 47th in the all-time money list.

Known as a television producer as well as a poker player, Jamie Gold is responsible for the fourth-highest earnings won by a single player at a poker tournament – when he won the 2006 World Series of Poker Main Event.

He outlasted over 8,700 other players, which in turn saw the largest ever prize pool for a Main Event on the circuit.

However, the win wasn’t without controversy and quite well known for this table talk, Gold received warnings, especially after showing an opponent his hole cards.