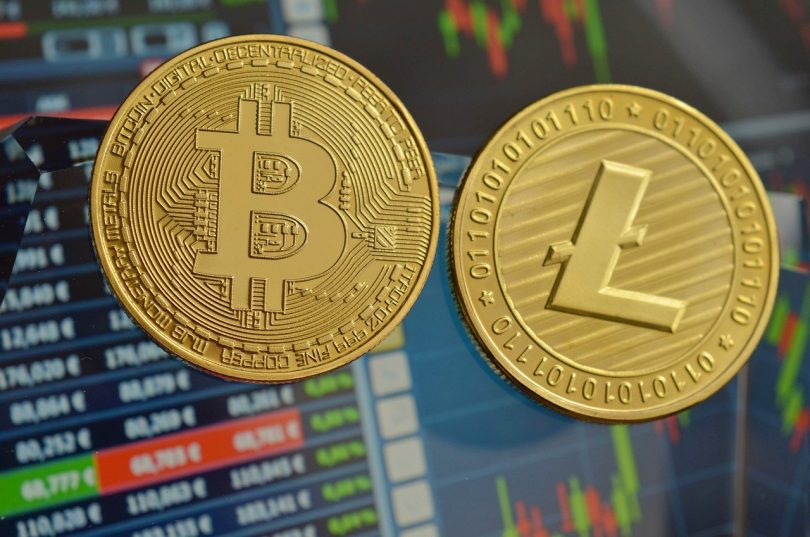 In the last few years, the interest in cryptocurrencies has shown massive fluctuations. At the beginning of the 2020s, the interest of investors in crypto showed a steep hike.

The primary reason for this interest was Bitcoin which is a prominent name in cryptocurrency. This is probably because it was the first digital currency to enter the market.

Since Bitcoin was founded in 2008, many other cryptocurrencies too entered the scene. Although the others have found it challenging to stand out, Lite coin or LTC is non-Bitcoin crypto that somehow survived the competitive attack.

At present, LTC is just behind Bitcoin and has become the 6th largest digital currency by market capitalization.

Similarities Between Bitcoin And Lite coin

Bitcoin and Lite coin have a lot of similarities. Basically, they both are decentralized cryptos. On the other hand, flat currencies like the Japanese Yen and US dollar are dependent on central banks for legitimacy, circulation control, and value.

But cryptocurrencies do not come under any centralized authority. They are totally reliant on the cryptographic integrity of the blockchain network.

Lite coin was introduced in 2011 by Charlie Lee, who was an engineer with Google prior to that. He declared the beginning of the Bitcoin era by launching the “lite version of Bitcoin” through a message he posted on a bitcoin forum.

Everybody thought Lite coin was in response to Bitcoin. However, Bitcoin’s developers state that they wished to create a “silver” in return for Bitcoin’s” gold.”

It is for this purpose that Lite coin has some of the features as Bitcoin, which the developers felt were suitable for

Bitcoin. The changes that were made were in lieu of the areas where improvement was required.

A significant similarity between both Bitcoin and Lite coin is that they are proof of work ecosystems. That implies that the process through which they mine the cryptocurrencies are generated, verified, and then added to the public ledger is essentially the same.

For the investors, too, most of the elements of Bitcoin and Lite coin transactions are pretty similar. Both the cryptocurrencies are mined using a mining rig and bought through an exchange. Both of them also need a digital or cold storage “wallet” to be stored in between transactions.

Moreover, the prices of both of them have been volatile, dependent on various factors like investors’ interest and government regulations, etc.

Differences Between Bitcoin And Lite coin

An area in which both Bitcoin and Lite coin differ is their market capitalizations or the total market value of the outstanding coins.

In March 2021, the value of all the bitcoins being circulated was around $1 trillion. This made its market cap more than 70 times that of Lite coin, whose value is about $13.7 billion.

You may think Bitcoin’s Market cap is high or low as per your understanding. But the market capitalization was only $42000 in 2010 July, and in comparison, to that, this figure is rather huge.

Bitcoin still overpowers all the other digital currency forms. Its nearest competitor remains Ethereum which is the second largest and has a market cap of almost $212 billion.

This means that Bitcoin has a high value as opposed to Lite coin, which is not surprising considering that it is much larger than the other currencies as well.

Another big difference between Bitcoin and Lite coin is the total coins that each of them can produce. Here Lite coin gives a surprise. Bitcoin could never exceed 21 million coins, whereas Lite coin gets to accommodate nearly 84 million coins.

Theoretically, this would look like a significant advantage for Lite coin, but in reality, the impact of the same is negligible.

Both Bitcoin and Lite coin are easily divisible into small amounts. In fact, the minimum quantity OF Bitcoin that can be transferred is one hundred millionth of a bitcoin (0.00000001 bitcoins), also known as one “Satoshi.”

Therefore the users of either of them should not find it challenging to purchase low-priced goods or services irrespective of however high the price of one Bitcoin or Lite coin could be.

In November 2015, IBM executive Richard Brown suggested that some of the users could prefer to transact in whole units instead of in fractions which became an advantage for Lite coin.

But even if this is true, the problem could be solved just by simple changes to the software of the digital wallets through which the transactions are made.

Tristan Winters mentioned in his Bitcoin Magazine article that Bitcoin wallets like Coin base and Trezor are already given the option of displaying Bitcoin value in terms of currencies like the U.S. dollar. This could help in overcoming the aversion people have to deal with fractions.

Litecoin was introduced with the aim of giving transaction speed a priority, and this has become an advantage as its popularity rose.

As per data from Blockchain.com, the average transaction confirmation time for the Bitcoin network is around 9 minutes per transaction which could differ if the traffic is high at that time. For Litecoin, the same figure is about 2.5 minutes.

This difference in confirmation time may make Lite coin much more feasible for the merchants. For example, a merchant who is selling a product and taking Bitcoin as payment would have to wait almost four times longer for the payment to be confirmed as opposed to if he was selling the product in exchange for Lite coin. Yet, the security of such zero-confirmation transactions could be an issue.

So far, the most significant technical difference between Bitcoin and Lite coin is the use of the different cryptographic algorithms. Bitcoin uses the longstanding SHA-256 algorithm, whereas Lite coin uses another new algorithm, also called Scrypt.

The main difference between the algorithms is the impact they have on the new coins mining process. In both

Bitcoin and Lite coin, the conformation of transactions needs a lot of computing power. Some miners allot their computing resources so as to confirm transactions from other users. In return to that, the miners are rewarded when they earn units of the currency that they mined.

SHA 256 is a more complex algorithm as opposed to Scrypt. It also allows a higher degree of parallel processing.

Therefore Bitcoin miners have started using highly sophisticated methods to mine their bitcoins effectively. In fact, the most common method they use for bitcoin mining is by using Application-Specific Integrated Circuits (ASICs).

These are basically hardware systems that are unlike the CPUs and GPUs that were used before them and could be particularly suited for the mining of bitcoins.

The impact of this is that Bitcoin mining is now typically difficult for the common user unless he joins a mining pool to do so.

On the other hand, Scrypt was created such to be less prone to the custom hardware solutions that are used in ASIC-based mining.

This has caused many commentators to believe that these Scrypt based cryptocurrencies like Lite coin are much easy to access for the users who want to participate in the network like miners.

Though some companies have introduced Scrypt ASICs in the market, Lite coin’s idea of making mining accessible is much more sensible considering that a considerable chunk of Lite coin mining is done through the miner’s CPUs or GPU’s.

What Is Lite coin Used For?

Seeing all the buzz around its price and market cap, it is thought that Lite coin is just for buying and selling. In reality, though, Lite coin, also like the other cryptocurrencies, is just a type of digital money. So even individuals and institutions could use it to purchase items and transfer the funds between various accounts.

Its speed and lower prices make it suitable for small and everyday transactions. Participants can work on it directly and do not require an intermediary like a credit card company, bank, or payment processing service to help them.

Can You Convert Lite coin to Bitcoin?

Yes, you can convert either Lite coin’s to Bitcoin and the reverse- just like you can exchange regular currencies like pounds into dollars or Euros into Yen.

Both of them are leading players and highly liquid cryptocurrencies, and therefore there is no issue with swapping one for another.

To be able to do so, you must have an account with any exchange or cryptocurrency trading platform. The amount you get in the conversion process is based on the present price for each currency.

Can I Send Lite coin to a Bitcoin Address?

It’s crucial that you understand the cryptocurrency conversion because you are not able to send Litecoin to a Bitcoin address and the reverse even if they are in the same wallet.

Suppose you do that the money will get lost. The recovery could be done if you share the backup for the keys with which you accessed the account, but it is a complex process.

It is not sure if Lite coin could ever surpass Bitcoin in becoming the number 1 cryptocurrency. Bitcoin is still the original digital money, and for many people, it symbolizes cryptocurrency in general.

If any crypto could displace Bitcoin, it can be Ethereum which is at number two at present. Or it could be one of the other high-ranked currencies. But the analysts are favorable to Lite coin’s features.

In a 2018 article for The Motley Fool the stock picker Sean Williams says that “Lite coin can process transactions quicker than bitcoin, and its quicker block time suggests that it can handle more capacity than bitcoin” and that “it most definitely has the tools to push aside bitcoin and become the go-to medium of exchange for digital currency users.”

Though Bitcoin and Lite coin could be the gold and silver in the cryptocurrency arena, history shows that this status could change within a span of a few months.

Only time will tell if the cryptocurrency with which we became familiar will maintain its stature in the future or not.