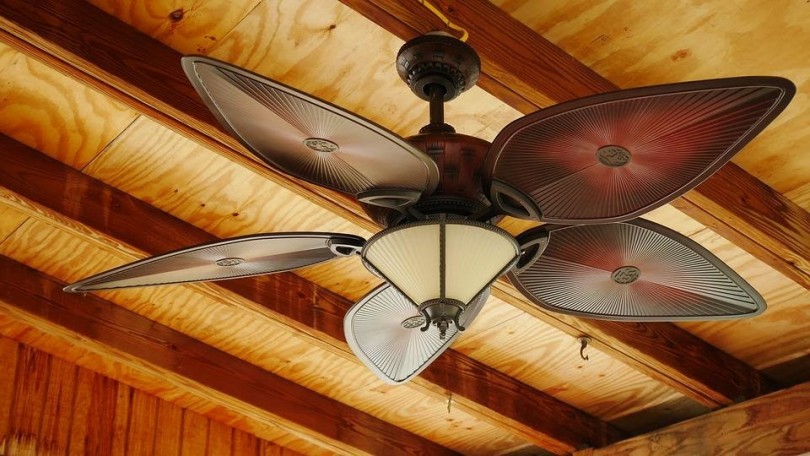 Staying cool can be tricky in hot temperatures, so perhaps a new ceiling fan is needed. Ceiling fans are a great way to ensure that temperatures can be maintained at a comfortable level indoors once the mercury starts to rise to very high levels.

Ceiling fans are becoming more and more popular, with the energy-saving benefits that these appliances can provide surely one of the top reasons why people are buying them at this time.

Research has found that a ceiling fan can help people to cut their use of air conditioning by more than a third, which will have a significant impact on bills. It is claimed that the use of a ceiling fan can reduce how hot a room feels by around seven degrees, which is going to be a big help during the warmest summer months.

A new ceiling fan in your bedroom could also help to create a cooler environment that makes it easier to get to sleep easier and spend more time sleeping, making you more well-rested.

Types Of Ceiling Fan That Are Available

You might think all ceiling fans are essentially the same, but this is not the case at all. Bathroom ceiling fans are significantly different, for example, due to the fact they need to be able to work in wet conditions. Outdoor ceiling fans also do not work in exactly the same way as indoor fans.

The motor used on the ceiling fan is also very important. Louder motors may be cheaper, but they will have more impact on the ambience of the room in which they are placed. Ceiling fans with high-powered motors that do not make as much noise may cost more, but are worth it. These are just some of the things you need to be thinking about when buying a new ceiling fan.

Matching Your New Ceiling Fan To The Room’s Design

The best ceiling fans that are available should be able to blend into the design of the room you are buying them for, but colours and style should also be taken into account.

If you are interested in interior design, then this is going to be a crucial thing to think about when you are shopping around to buy a new ceiling fan.

You will not want to buy a ceiling fan that does not go with the rest of the room’s design, so make sure you are happy with how it is going to look in your home before getting ready to buy.

Setting A Budget For The Purchase Of A New Ceiling Fan

The budget you have will clearly have an impact on the ceiling fan you can buy. This might also depend on whether you are replacing an existing ceiling fan in your home, or having a new one installed for the first time in a room.

Buying a new ceiling fan is not something that should be done on the cheap, though. In general, as with most things in life, you get what you pay for and quality will always cost a bit more.

You also need to think about the direction in which your ceiling fan is going to turn. In summer, experts advise that fans should run counter-clockwise in the summer to work the best.

That should be all you need to know to buy a ceiling fan – good luck with your purchase!