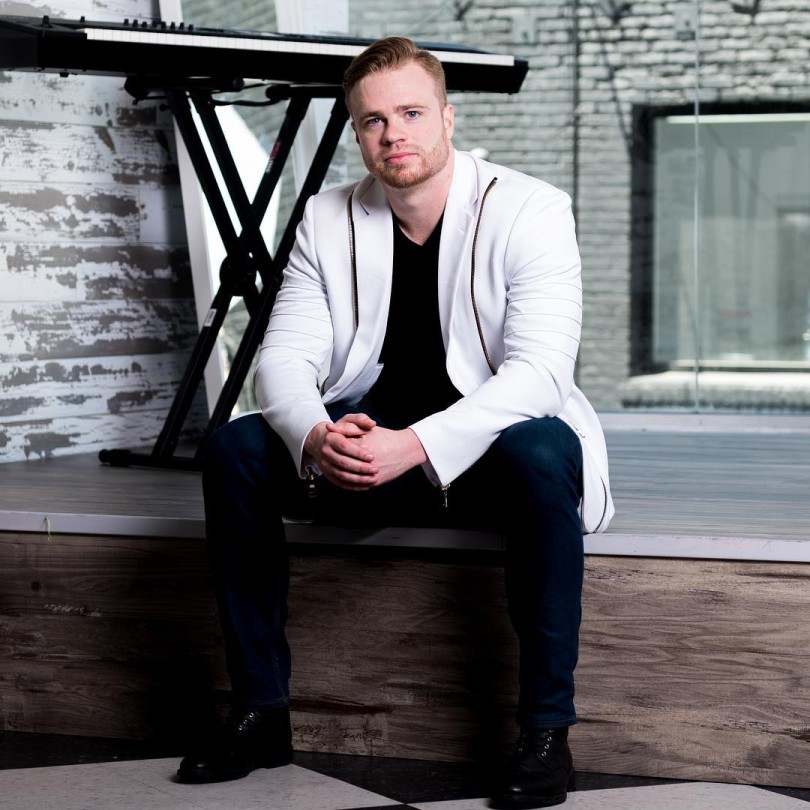 He is rocking the music circuit these days as a YouTube sensation of sorts. However, a major part of his life is still hidden from the public. Have a look at 5 things you likely didn’t know about Zach Evans.

That’s right –  his real name is “Zachary Schimenz.” One of his professors who taught him music suggested to him that he change his name so that it’d be easy for his fans to look him up.

His Grandpa – Dave Evans – became his inspiration and he took his surname. His Grandpa Evans was his first piano teacher and still is a big influence in his life.

2. The First YouTube Video He Released Was… “Lollipop” By Lil Wayne??

Zach once heard a YouTube rendition of the hip hop song, and was immediately hooked. The unlikely combination of hip hop and piano proved to be a catchy combination. The video currently has over 50,000 views.

3. He Is Part Of A Huge Family

Zach grew up in a family of 8 – four brothers, a sister, his Mom and his Dad. The big family encouraged a competitive nature in him that helped him become successful in music and later on, business.

4. He Has Given A TEDx Talk

With his skills and knowledge as a teacher, Zach was invited to give a TEDx Talk detailing some of his learning strategies. His topical content and engaging delivery fit perfectly with the TED audience. The talk currently has over 100,000 views.

Believe it or not, Zach never took piano lessons in high school. His father was a gym teacher, so growing up he was much more into sports than music.

Track and Football were his personal favorites. As a hurdler, he placed in the top 5 in the entire state of Wisconsin, and went onto run in college.

Apart from all that, there is more to Evans. He switched his major from math to music his sophomore year of college, and learned classical technique from Dr Eli Kalman, the renowned pianist. Combining learning from YouTube with learning from the master himself, Zach was able to develop a method of learning that led to fast results.

So, he decided to make some YouTube videos himself. He bought a camera from Best Buy and some work lights from Home Depot, and started recording videos at the college he went to.

After graduation, he moved to Nashville and joined the Daredevil Production as an intern. They gave him the sort of experience that was needed to be successful in the business side of music.

Using his newfound skills of business and marketing, he was able to build out an online course called Become a Piano Superhuman, that leveraged his method to help students learn faster.

He continued to build his following on YouTube and Instagram and the course started catching on. Today, the course has an impressive 200,000 members, and is seen widely as a success within the piano community.