Home » How Does Laser Engraving Work? 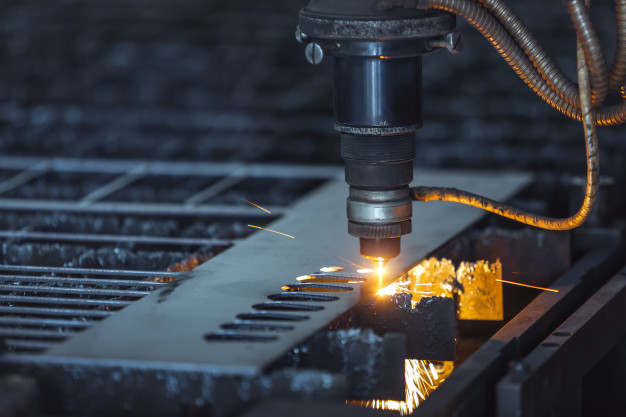 Laser engraving is a beautiful way to create patterns, designs and artwork that can be used in a number of ways.

It is definitely good to know what you are getting into, however, so you know if laser engraving is the right move for your project! Let’s take a look at how laser engraving works so that you can make an informed decision.

Once you learn the basics, you can refer to this page: Needham Laser Technologies – British-Made Innovative Laser Solutions for a more advanced look at what you can do with lasers in your life.

1. The Basics Of Laser Engraving

The term “laser” is actually an acronym that stands for “light amplification by stimulated emission of radiation.” The light beam that a laser uses is focused through mirrors and focused to a point.

This creates a very precise tool that can be controlled mechanically for added accuracy. The focal point that a laser touches is less than a single millimeter in diameter. A laser can actually get about 1/200” in cutting accuracy.

2. How Lasers Differ From Traditional Printing

With a traditional print job, you are adding material to the surface. With lasers, you are actually taking material away. The laser cuts into the print medium, usually metal or wood, and leaves it with a depth that is visible.

Lasers can even cut all the way through the material if you are looking for a unique edge on your platform or you want to go for a die cut look. Lasers can do this without blades, ink or bits.

The machine has no added components that have to be constantly replaced like ink, so you get the same quality on the 1,000th print that you had on the very first.

You can get more than one type of cutting technique from a laser—marking, engraving or etching.

Engraving and etching are often used as synonyms, but they actually aren’t! Although you get the same basic product from all three techniques, a permanent marking in a surface, there are important differences that you should consider.

Laser marking changes the color on the surface of the material being lasered. This is the technique that cuts the least deeply into the surface.

The beam is relatively low power, because the laser doesn’t need to be very powerful to create the oxidation under the surface to change its color. Marking has four types of its own – foaming, coloration, annealing and carbon migration.

Laser engraving physically removes the material surface to give you an eye level image. The heat from the laser is relatively powerful, which causes the material to instantly vaporize as it is touched.

Laser etching is a type of engraving that has become so popular that it is often referred to on its own. Etching uses extremely high heat, but does not cut very deeply into the surface (a maximum of 0.001”).

Now that you know about laser engraving and exactly what it is, you can make a better decision about how to use it! Take the tips above into your laser engraver to discuss more details, or visit the link above for more information.