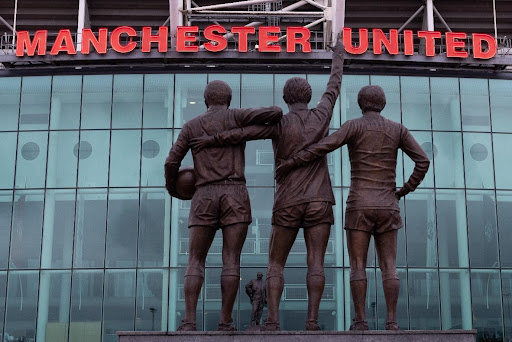 With Ralf Rangnick taking charge of Manchester United in an interim role, fans over at Old Trafford will be praying that this is finally the right appointment, after the fifth attempt of finding success post Sir Alex Ferguson.

It’s almost been a decade since the Scot left United, with a league title looking miles away as United slumped down the table and struggled in the Premier League winner odds.

Rangnick has been appointed to steady the ship after the wheels came off for Ole Gunnar Solskjær, no pun intended.

There is plenty of work to do between now and the end of the season, but with the Red Devils already qualified for the next round of the Champions League, the domestic season can get the German’s full attention. Read on, as we analyse how Rangnick can turn things around at Old Trafford.

The fact of the matter is this — United are far too easy to play against. They start with a 4-3-3, in which Ronaldo doesn’t press, leaving space for Bruno Fernandes to commit far too high up the pitch, and without a proper holding midfielder in front of the defence, they are left vulnerable to counter attacks which have seen embarrassing home defeats to Liverpool, Aston Villa and Manchester City already this season.

If they aren’t going to dip into the transfer window for reinforcements come January, Rangnick will have to be smart with his tactical approach.

Clearly there is a talented, capable side on paper, but with Ronaldo getting older and the back four looking increasingly susceptible to pressure, perhaps now could be the time for a change in system to give the defenders more protection whilst still scoring goals, which admittedly, have been plentiful this season.

If Rangnick can build his side into a team redolent of his hard-working RB Leipzig outfit, United will certainly finish the season strongly.

If there’s something that needs to desperately change at Old Trafford more than anything it’s trophies. The cabinet has been empty for a while now, with the Red Devils last tasting silverware in 2017, where they won the League Cup and Europa League under José Mourinho.

After signing serial winners, who have experience getting over the line in big matches, this current crop need to start picking up medals.

Varane has four Champions Leagues, Ronaldo five, and there are plenty from the side that won in Stockholm still around but the mentality simply hasn’t been good enough in years gone by.

They came close on a couple of occasions under Solskjær, but a penalty shootout loss to Villarreal was heart-breaking, and perhaps if the Norwegian had won that he would have been given more time to turn things around.

Adapting to the new league

You would be foolish to assume Rangnick could stroll into football and dominate the EPL predictions immediately.

The Premier League is a completely different kettle of fish to the Bundesliga, one that is more physical and where on the right day and under the right circumstances, anyone can beat anyone.

While we don’t think Rangnick will be as naïve as some managers before him, you only need to look at the time (and money) it took for Pep Guardiola and Jürgen Klopp to build their sides into the finished article to know that these things take time.

This isn’t an overnight project and is perhaps too big a job for Rangnick to handle in such a short time, but he can certainly get the wheels in motion to get United ticking again between now and the end of the season.