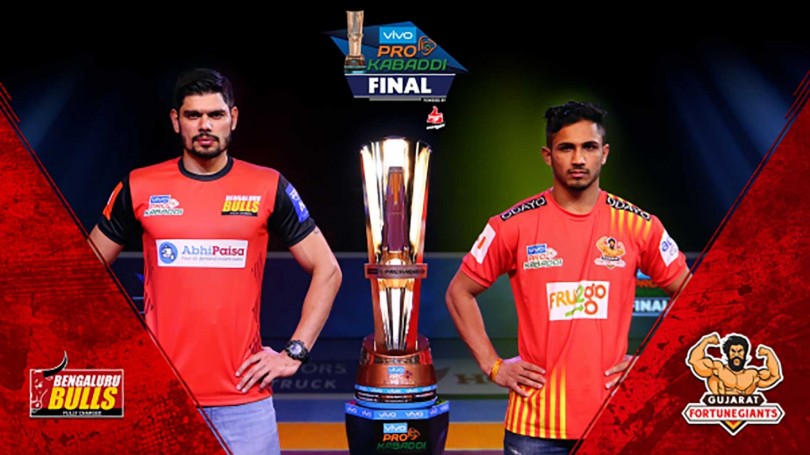 Launched in 2014, the VIVO Pro Kabaddi League (PKL) is a professional-level Kabaddi league in India. PKL has successfully completed six seasons, with the seventh season, Pro Kabaddi 2019 all set to start from 20th of July.

Bengaluru Bulls had defeated Gujarat Fortune Giants by 38-33 in the finale of Season 6 to lift the title for the first time. Pawan Kumar Sehrawat was the Man Of The Tournament stealing the show with a record 22 raid points against the Fortune Giants.

Pawan Sehrawat proved to be the star raider for Bengaluru Bulls to take them to the top of Pro Kabaddi Points Table in season 6. He scored a total of 271 raid points in 24 matches with an average raid point of 11.29.

He scored four Super 10s in his first five appearances and stood in battle with Patna Pirates’ Pardeep Narwal and U Mumba’s Siddharth Desai in the race for the Best Raider award. He eventually finished with 13 Super 10s, two fewer than that of Narwal.

Sehrawat scored 13 raid points during the Playoffs in Qualifier 1 and 22 in the final, both against Gujarat Fortunegiants and led Bengaluru Bulls to their maiden VIVO Pro Kabaddi title. He was crowned the 2018 league’s MVP.

Born on 9 July 1996 in New Delhi, he completed his education from Delhi University and works in the Indian Railways.

He debuted in the Season 1 of PKL with Bengaluru Bulls, and has been playing for them since. His prominent achievements include when he single-handedly scored a staggering 18 points in the Senior Nationals against Karnataka and was also delivered outstanding performance in the Federation Cup.

In his opening match of the PKL 2018, he scored a 20-point haul against the Tamil Thalaivas and followed it up with 16 points in the next game, against the same opposition.