Home » Latest » Arun Jaitely Passes Away. Remembering His Life And Times With Some Lesser Known Facts 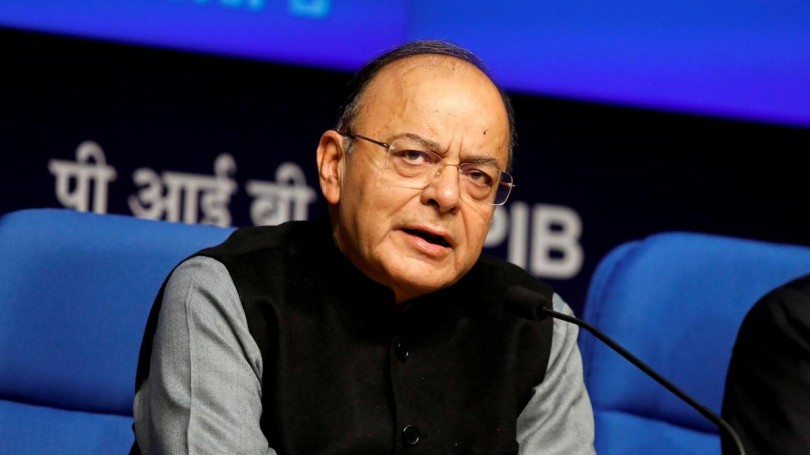 Arun Jaitley, former Finance Minister and BJP stalwart, has died at Delhi’s AIIMS hospital, days after he was admitted following complaints of breathlessness. He was 66.

A senior leader of the Bharatiya Janata Party (BJP) and a member of the Upper House of Parliament since 2000, Jaitley has held several ministerial posts since 1999.

Remembering the life and times of Sh. Arun Jaitely, here are some lesser known facts about Arun Jaitely.

1. Arun Jaitley was born to a family of lawyers, social activists and philanthropists. His father, Maharaj Kishen Jaitley, was also a lawyer.

2. Mr. Jaitley did his schooling from the St. Xavier’s School (1957-69). He was a graduate from the Shree Ram College of Commerce and was an active debater and President of the student union of the college. Later he did LL.B. from the University of Delhi (1973-77).

3. Arun Jaitley was the student leader of Akhil Bharatiya Vidyarthi Parishad (ABVP) in Delhi University Campus and later became the President of the University Students’ Union in 1974.

4. Arun Jaitley was among the leaders who were jailed by the Indira Gandhi government during the Emergency. He was a student leader at the time.

A post shared by Constitution Club of India (@constitutionclubofindia) on Aug 24, 2019 at 1:45am PDT

6. Arun Jaitley served as the General Secretary of the BJP in 2002 and took the same position later on in 2004.

7. He was the Vice President of the BCCI but resigned after the IPL spot-fixing scandal.

9. In the 2014 Lok Sabha elections, Arun Jaitley had unsuccessfully contested from Amritsar constituency, losing to the Congress party’s Amarinder Singh.

Extremely saddened by the passing of Shri Arun Jaitley after battling a long illness with fortitude and dignity. A brilliant lawyer, a seasoned parliamentarian, and a distinguished Minister, he contributed immensely to nation building.

Arun Jaitley Ji was a political giant, towering intellectual and legal luminary. He was an articulate leader who made a lasting contribution to India. His passing away is very saddening. Spoke to his wife Sangeeta Ji as well as son Rohan, and expressed condolences. Om Shanti.

Deeply anguished by the demise of my friend and an extremely valued colleague Shri Arun Jaitley ji. He was a proficient lawyer by profession and an efficient politician by passion.

Deeply saddened by the tragic passing of my friend&DelhiUniv senior @arunjaitley⁩. We first met when he was at DUSU& I was President of StStephen’sCollegeUnion. Despite political differences we enjoyed a healthy mutual respect&debated his Budget often in LS. A great loss4India pic.twitter.com/RzxO1V6NTV

RIP #ArunJaitley Ji.. My sincere condolences to your family and loved ones 🙏

On behalf of France, I offer our heartfelt condolences to the family & loved ones of Shri Arun Jaitley ji.

As the nation mourns its former FM & one of Rajya Sabha’s most prominent voices, France stands with India & its people in this time of deep grief.#ArunJaitley pic.twitter.com/QiHmupN0Wz

Met Shri #ArunJaitley Ji almost 20 years back for the first time & have been his admirer ever since.
His demise is a huge loss for our nation.
Will be truly missed.
My heartfelt condolences to the family. 🙏🏻 pic.twitter.com/XsBXwQnpj0

saddened by the passing away of mr ⁦@arunjaitley⁩ ji. A great n dynamic leader. U will b missed sir. RIP #arunjaitley 🙏 pic.twitter.com/eBbGH0NOjr

Saddened to learn the news of Arun Jaitley ji’s passing away. He was a very kind soul.
Rest in Peace.🙏 #ArunJaitley