Home » Entertainment » Baaghi 3 Trailer Out : Tiger Shroff Is A One-man Army In This Action-Packed Entertainer 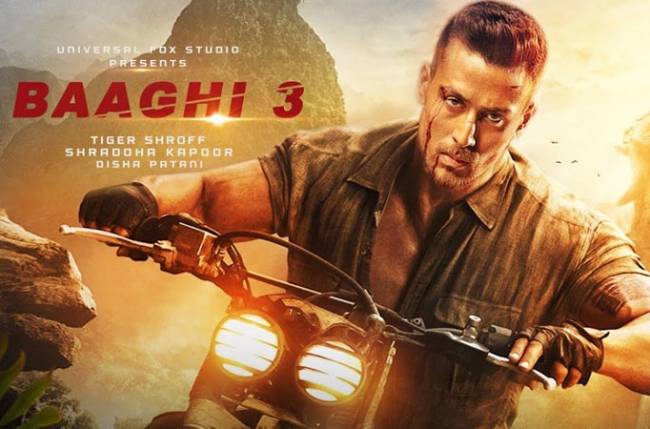 The story follows brothers Ronnie (Tiger) and Vikram (Riteish) who share an unbreakable bond and have each other’s back. Their journey begins when a certain turn in events, leads Vikram to travel abroad to complete some work.

On this trip, he gets kidnapped, prompting Ronnie to do whatever it takes to destroy anyone and anything that stands in his way, even if it means independently going up against an entire organisation.

Tiger Shroff has got his action-hero mode on for his next flick ‘Baaghi 3’ and there is just no stopping him in the new trailer.

After the success of ‘Baaghi’ and ‘Baaghi 2’, Tiger is ready to punch and kick his way to another box office hit as he takes this franchise forward with Shraddha Kapoor joining in as the leading lady. The trailer that dropped online on Thursday morning, features the star in his element as a one-man army as he goes up against an entire terrorist organisation this time around.

Packed with over-the-top action scenes, unlike anything we’ve seen before, this 3.41-minute trailer lives up to all the hype and expectations. With more than a couple of slow-motion fight scenes and shirtless Tiger, the film not only sees the star going head-on against terrorists, but also sees him taking on choppers and tankers.

Baaghi 3 trailer brings back Tiger Shroff and Shraddha Kapoor after five years and also has Jackie Shroff playing Tiger’s father in a film for the first time. The trailer of Baaghi 3, the third instalment in the successful action franchise led by Tiger Shroff and directed by Ahmed Khan, is here and is all an action hero can ask for.

The power-packed trailer shows Tiger single-handedly fighting off the might of the Syrian state — or whatever is the Bollywood version of the country — to rescue his non-violent — and for some reason, slightly effeminate — brother, played by Riteish Deshmukh. The action sequences have been done well with Tiger and his biceps squaring off against multiple tanks and multiple helicopters.

The trailer gives quite a few glimpses of what to expect in the department and the actor’s die-hard fans will not be disappointed. Tiger had earlier shared the poster of the film to announce his return as Ronnie, the lead character. He wrote, “Against his strongest enemy, His greatest battle, Up against a nation, Ronnie is back!”

he trailer reveals that Baaghi 3 deviates from the theme of revenge love stories of the previous Baaghi films, with the spotlight on Riteish Deshmukh. The Baaghi 3 trailer begins with Ronnie saying a rather dramatic dialogue: “People cross limits in relationships. I had one such relationship for which I crossed borders.” The trailer then switches to happy glimpses of Ronnie and Vikram’s bond as brothers.

But soon, Vikram has to take a flight to Syria for some “paper work”. When on a video call with Ronnie from Syria, Vikram gets beaten up by goons and kidnapped by terrorists. Ronnie threatens the kidnappers that he will find them and kill them if anything happens to Vikram.

Here’s how Tiger Shroff described the trailer on Twitter: “The rebel is back and this time he’s up against a nation to fight his greatest battle!