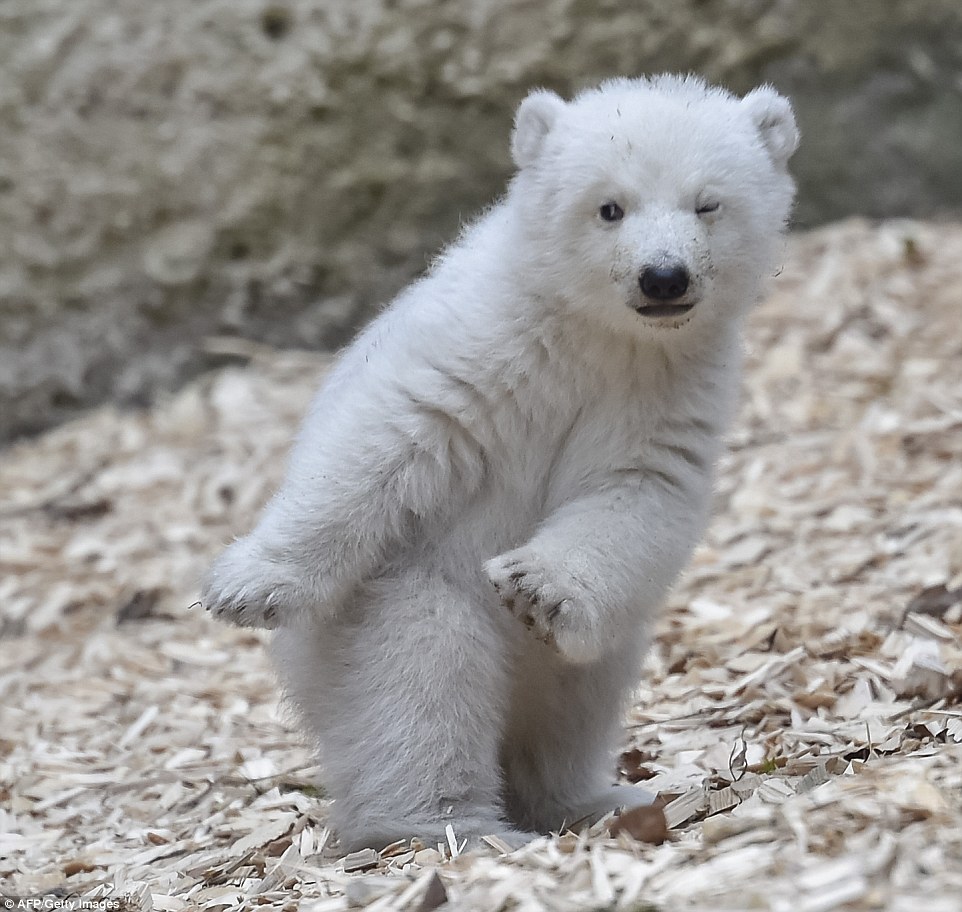 A cute polar bear cub at the Munich Zoo has taken her first steps outdoors. The zoo hopes the cub will attract greater attention to the endangered species. The 14-week-old stepped out with her mother Giovanna at the Hellabrunn Zoo in Munich. The fluffy white female cub cautiously entered a new world outside the mother-baby den, playing with grass, stones and water for the first time in front of visitors.

All the time her mother kept a watchful eye over her inquisitive cub, who has not been named yet, and stood over her as she checked out his reflection in a pond. This is ten-year-old Giovanna’s third child after she gave birth to twins, Nela and Nobby three years ago.

1. The little cub snuggles with her mother. Polar bears can live to around 18 years of age 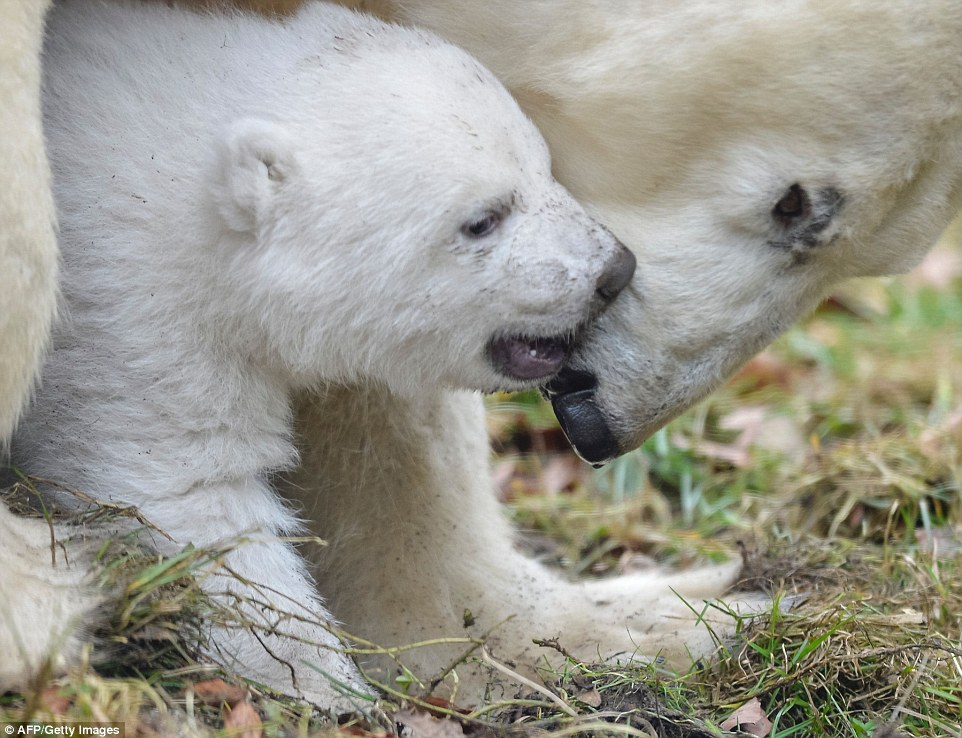 2. The World Conservation Union (IUCN) estimates that there are between 20,000-25,000 polar bears in the world 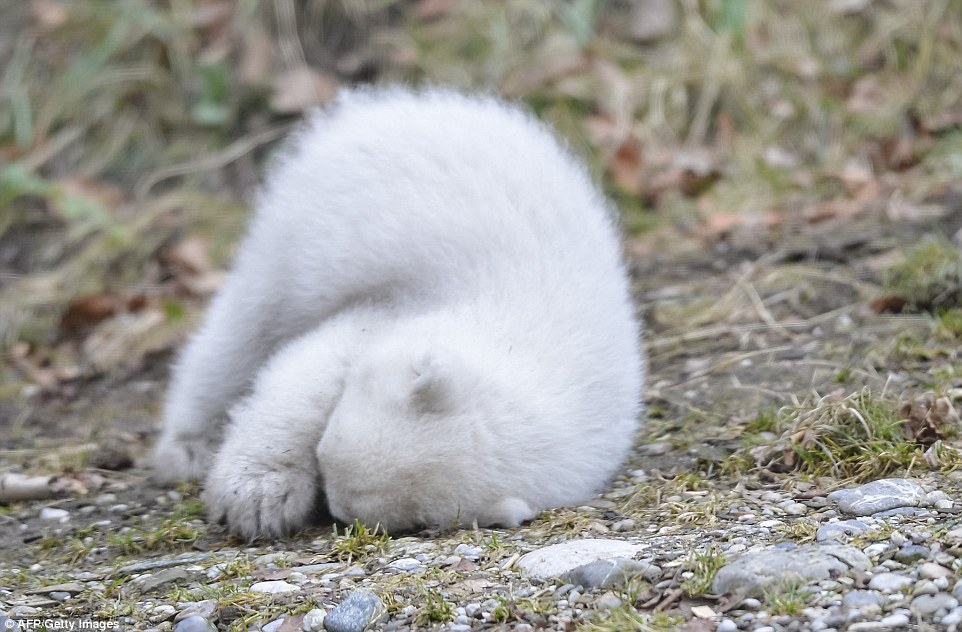 3. Giovanna’s previous cubs have left Hellabrunn Zoo in February 2016, with Nela going to Emmen and Nobby going to Doncaster 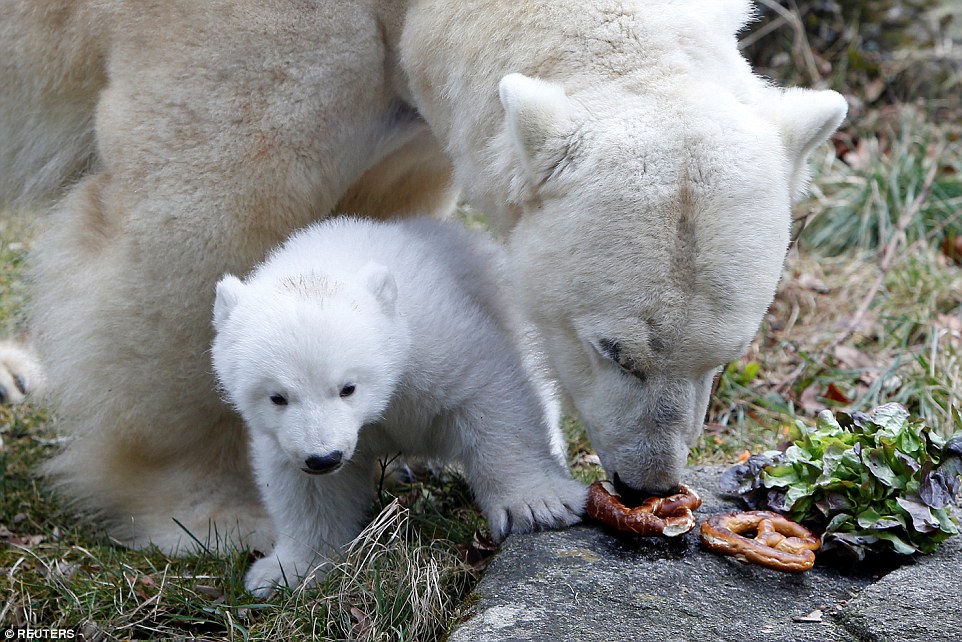 4. She sniffs at some pretzels left in her enclosure adult female polar bears can weigh between 200-700 pounds 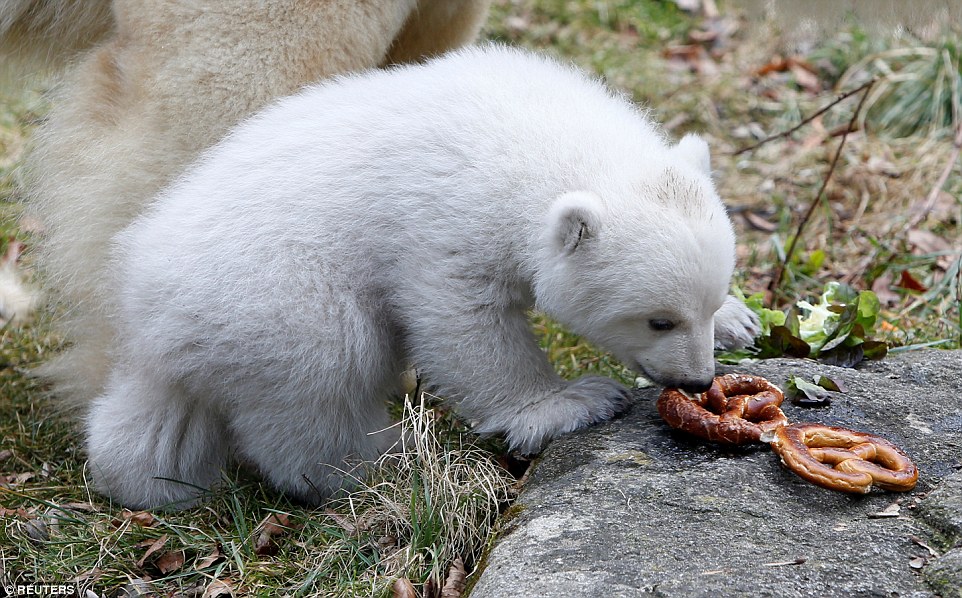 5. The 14-week-old appeared to be having a great time as she explored her enclosure 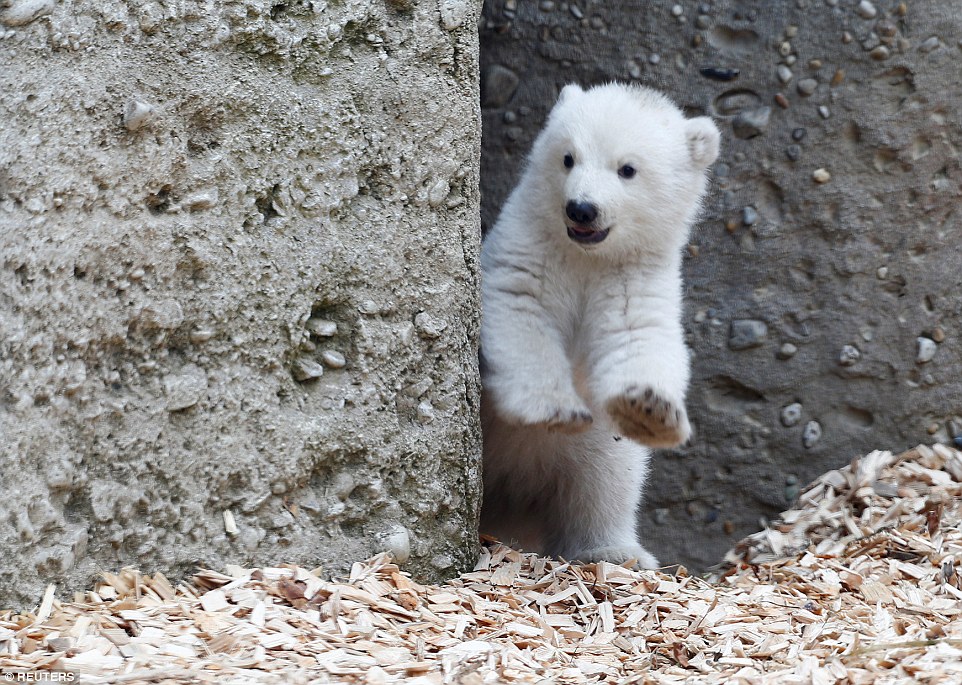 6. The young female is Giovanna’s third cub after she gave birth to twins Nela and Nobby three years ago 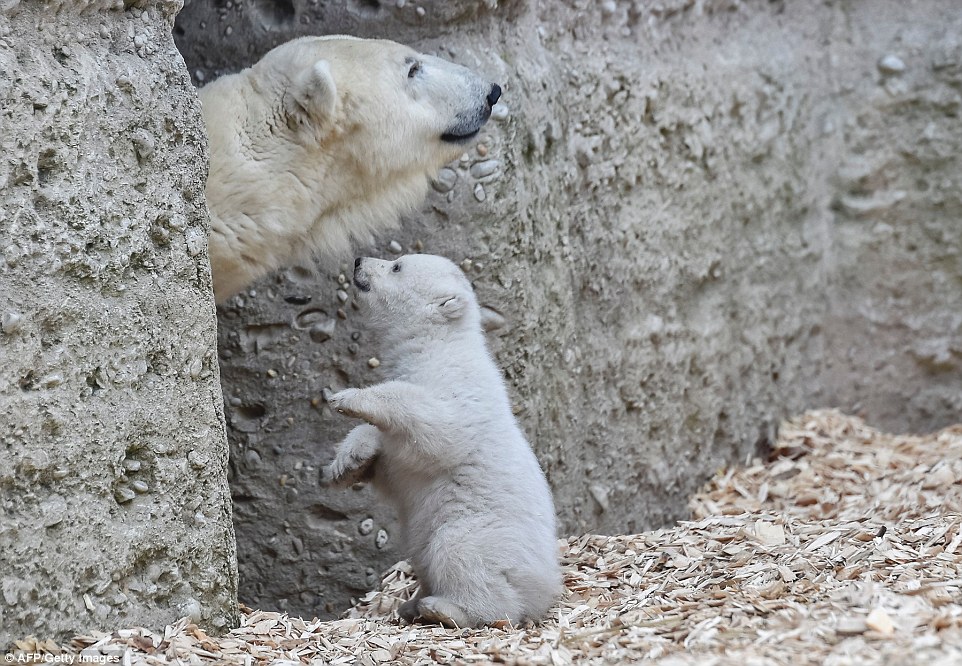 7. The cub didn’t seem the least bit timid as she explored her enclosure, jumping on the rocks, playing hide and seek and even winking at the camera 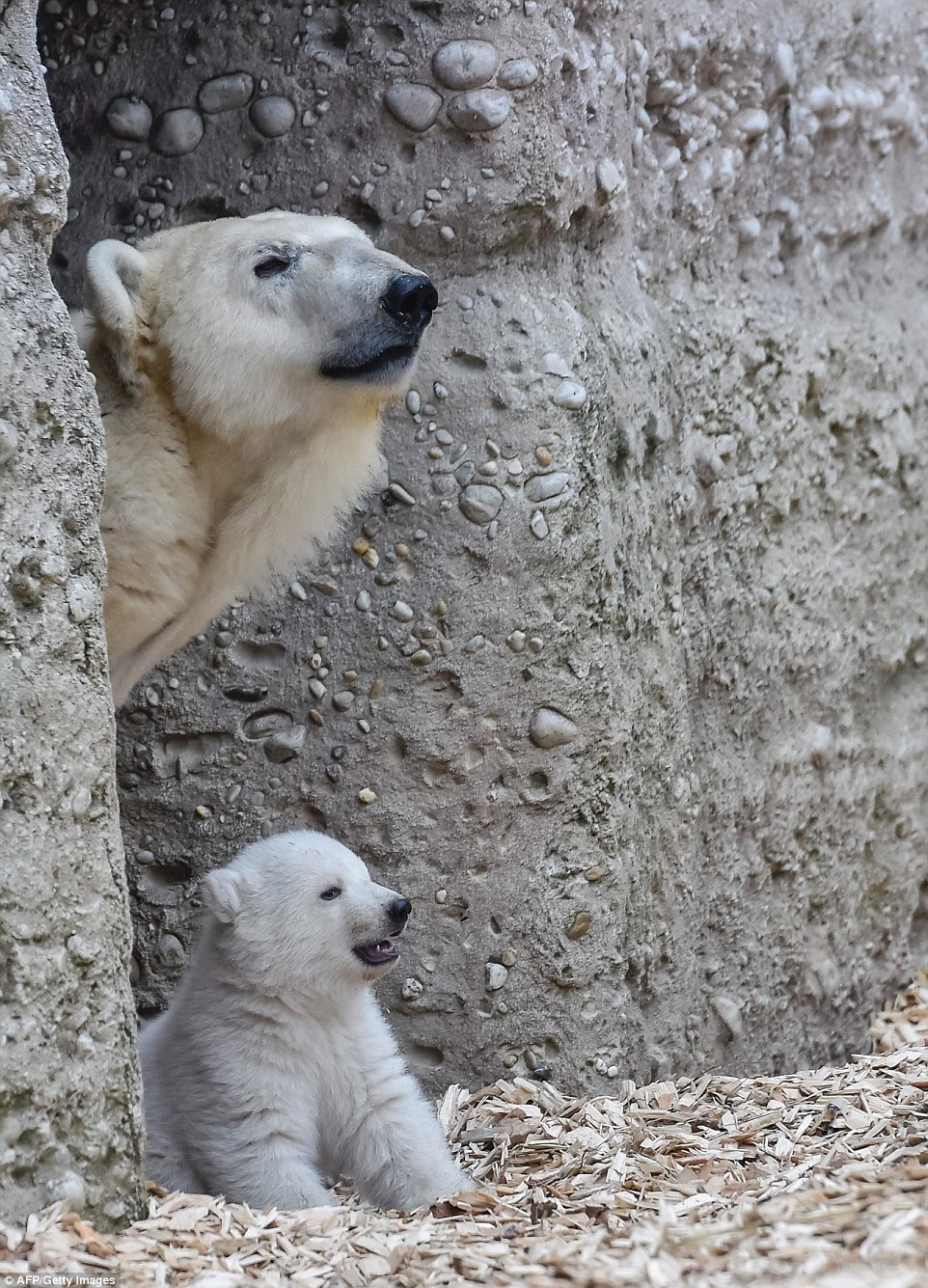 8. The cub looked very healthy as she bounded around her home. She won’t stay little for long though as adult females can grow up to seven feet 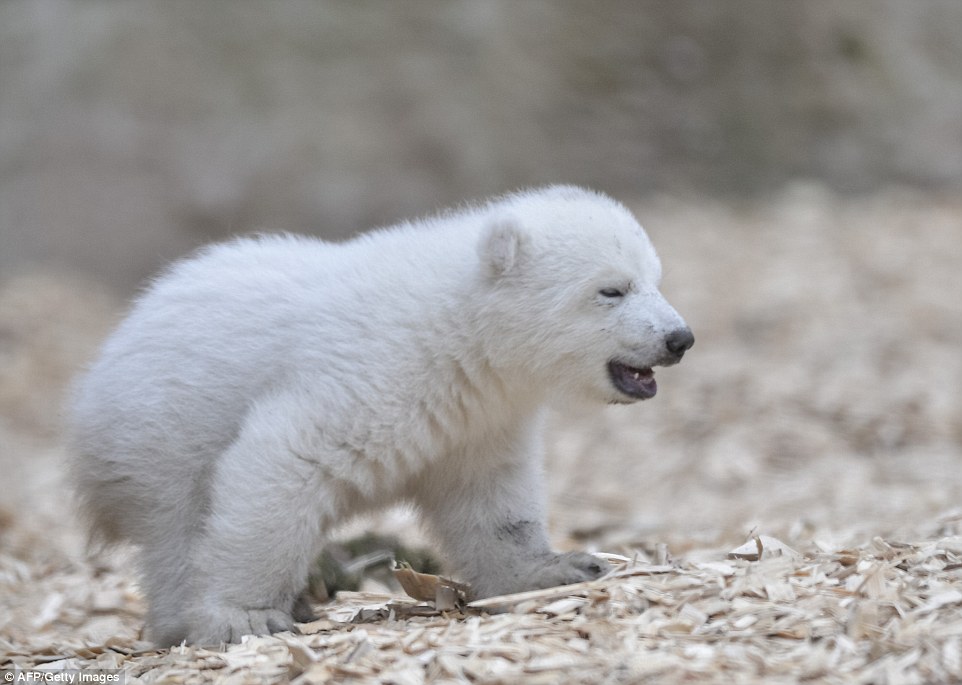 9. The little animal was fascinated by everything as she stepped out into the outside world 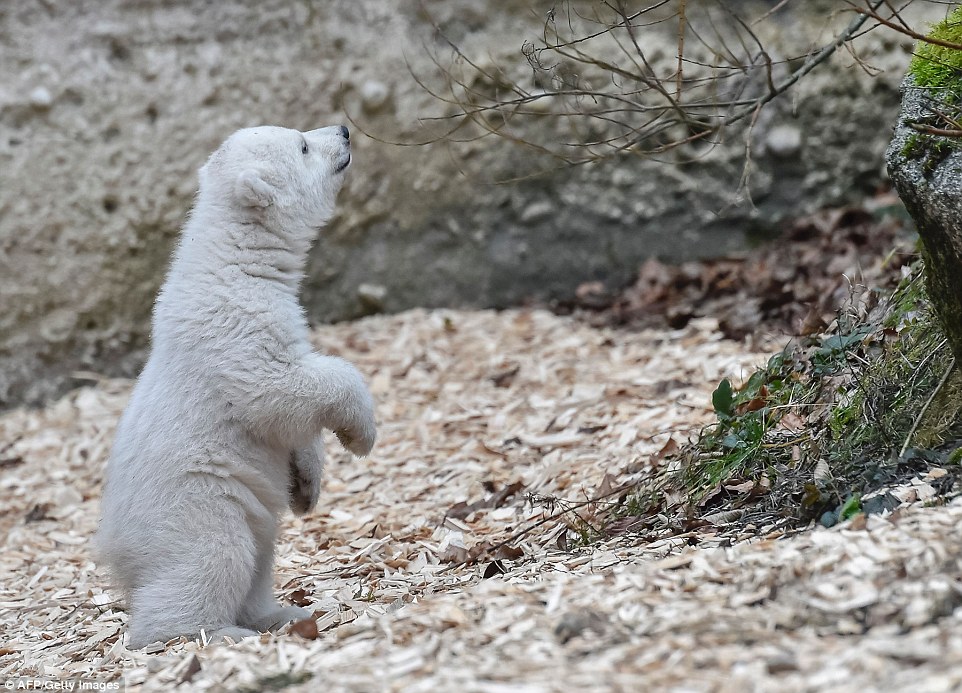 10. All the time her mother Giovanna kept a watchful eye over her cub and stood over her as she checked out her reflection in a pond 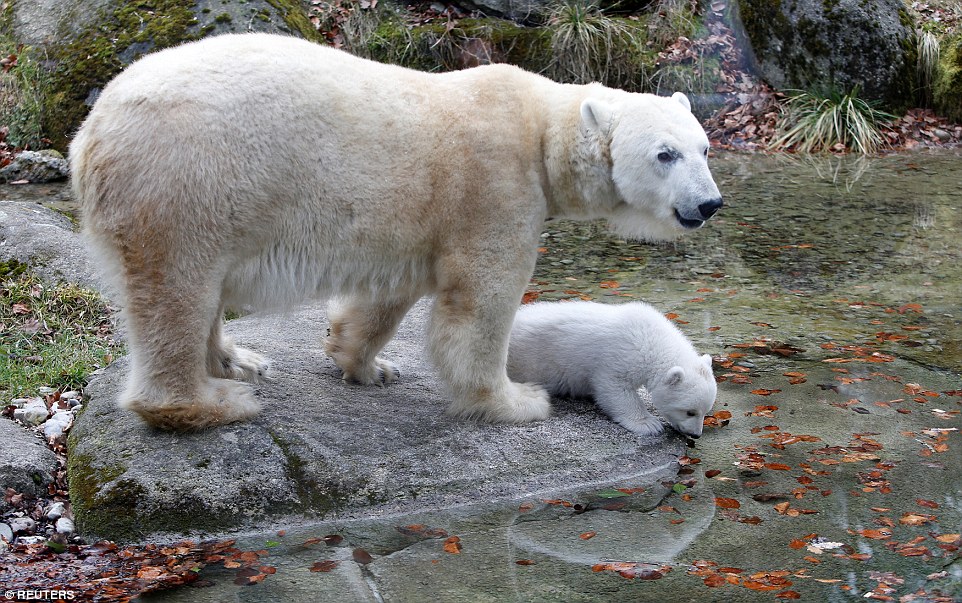 11. The bear looks happy and excited as she jumps up from behind a rock 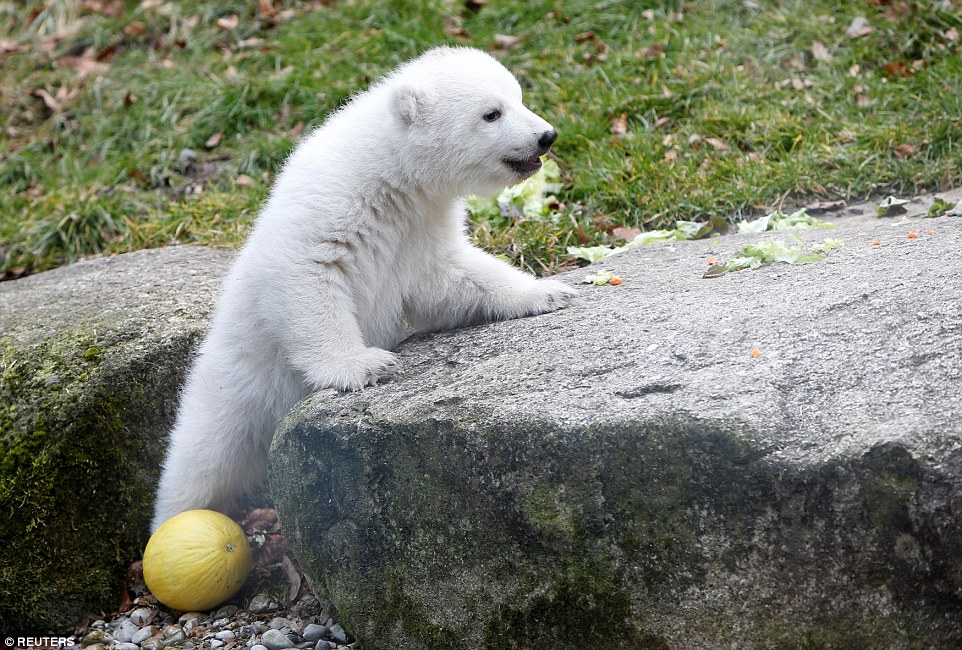 12. The little bear shows off her swagger while giving a cheeky wink to the camera at the zoo in Munich