It’s the beginning of many college move-in days in Massachusetts, and one notable incoming freshman has already settled in. Malia Obama is set to begin her first year at Harvard University this fall. The 19-year-old took a gap year before starting college, and Harvard is no strange place in her family. Both of her parents attended Harvard Law School. 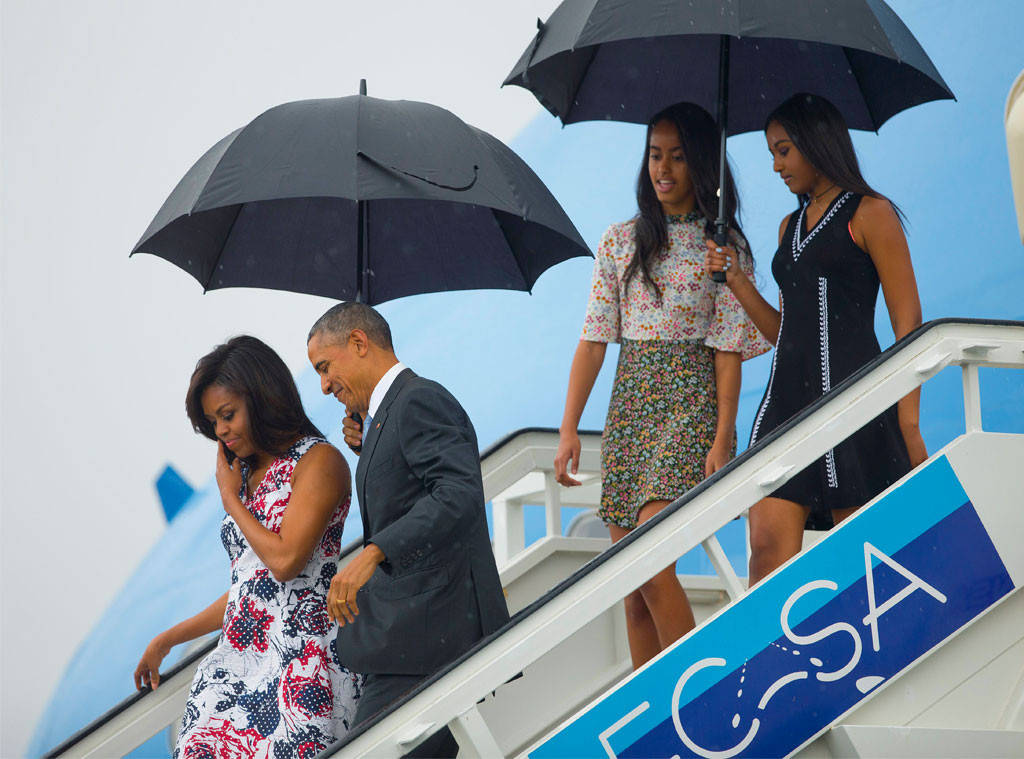 Former President Barack Obama and first lady Michelle Obama were spotted in Cambridge Monday as they helped their daughter move into her dormitory room. Proud parents Barack Obama and Michelle Obama have officially sent their eldest daughter, 19-year-old Malia Obama, off to college at Harvard University. Per photos published by The Daily Mail, the former POTUS and FLOTUS were present as Malia moved into an on-campus residence on Monday, one day before her classmates began arriving for the fall semester. 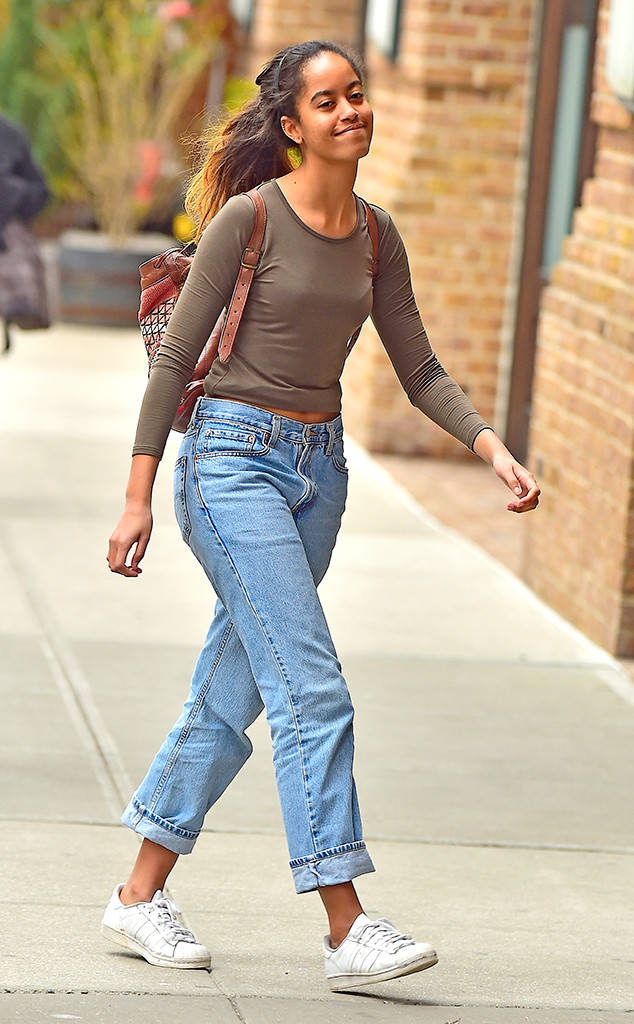 The former first daughter graduated from high school in 2015, but elected to postpone her enrollment at Harvard in order to take full advantage of the widely-encouraged gap year. 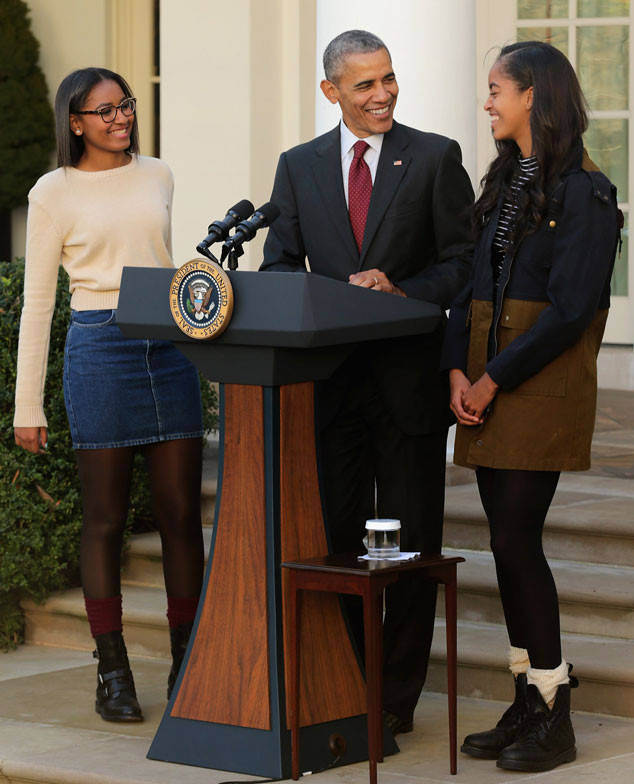 During that time, Malia scored a 2016 summer internship at the U.S. Embassy in Spain before heading to the Big Apple for an internship with the Weinstein Co. It’s unclear what the accomplished teen will study at Harvard, but she’s long expressed an interest in filmmaking. 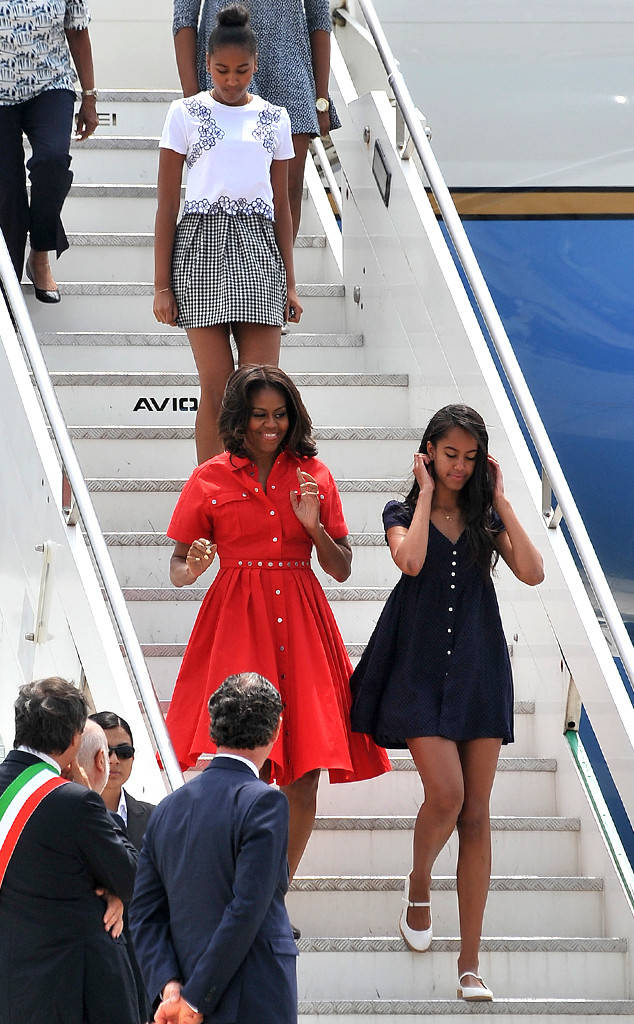 she helped out on the set of Extant with Halle Berry and the next year landed an internship working on the set of Girls. Show creator Lena Dunham had nothing but positive things to say regarding Malia’s work ethic, telling Howard Stern, “She’s an angel. Obviously, we weren’t making her go get our coffee. But she wanted to do all the jobs — that was the cool thing.” 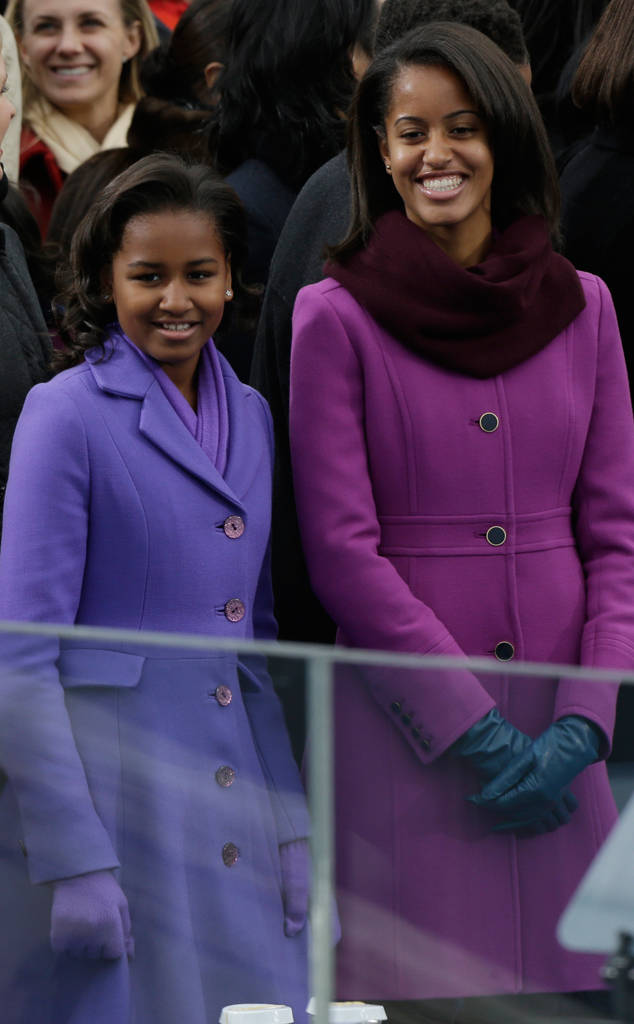 Malia follows in the footsteps of Barack and Michelle, who both call the ivy league university their alma mater. Michelle graduated from Harvard Law School in 1988 with a Juris doctor degree and the president received the same degree three years later. 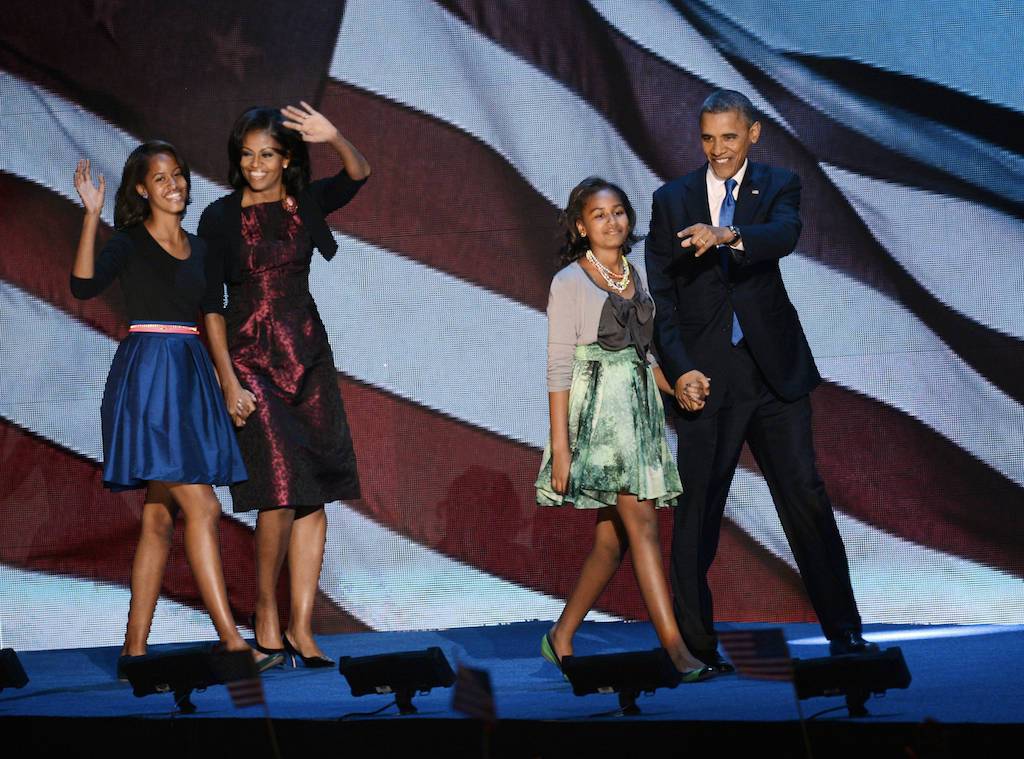 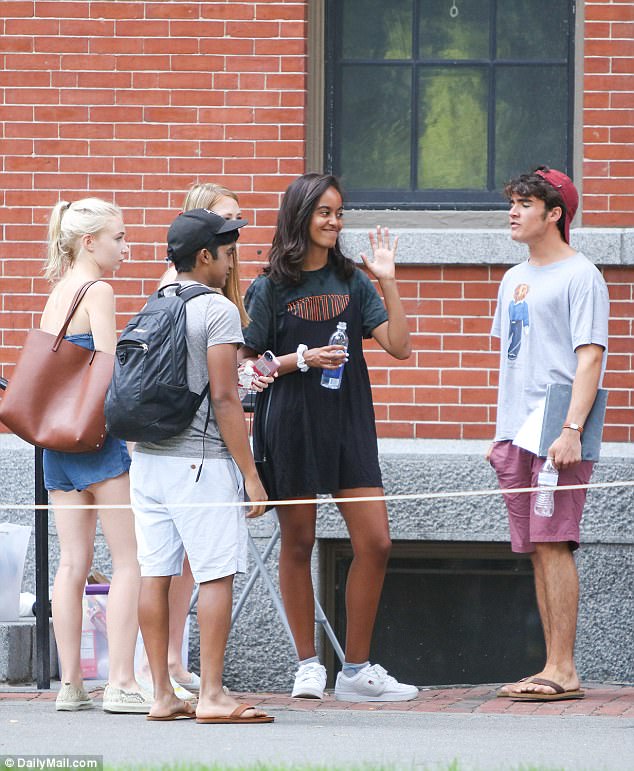 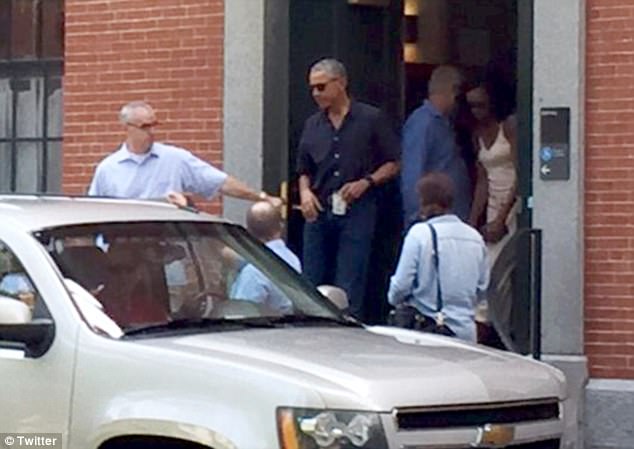 Malia, is set to start her freshman year at the prestigious Ivy league university where her father attended law school later this month 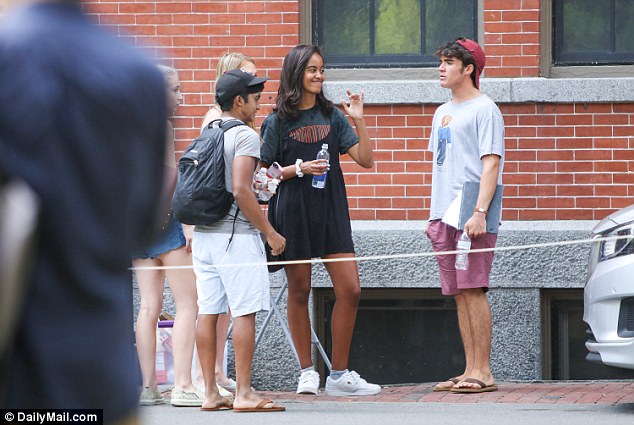 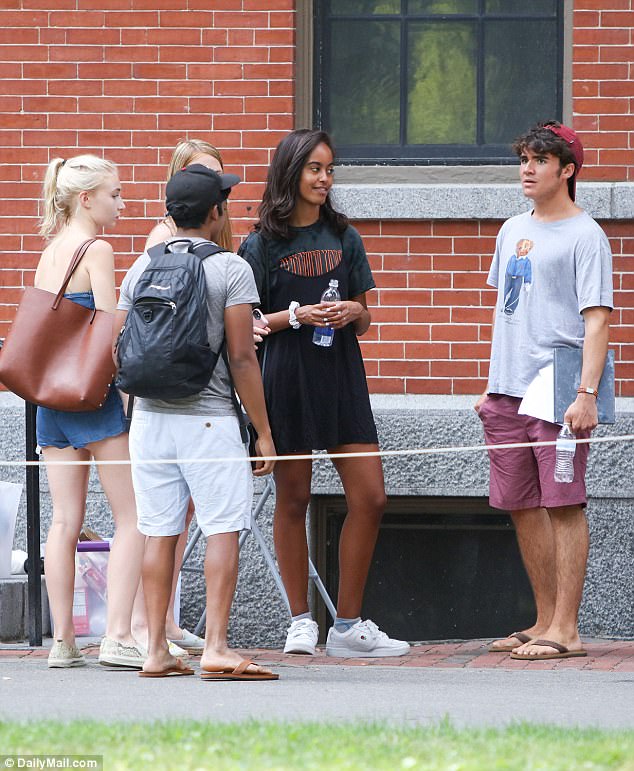 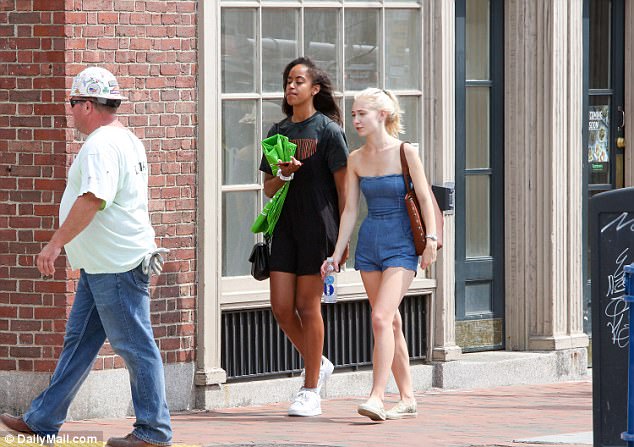 Malia seemed to have previously known the young woman 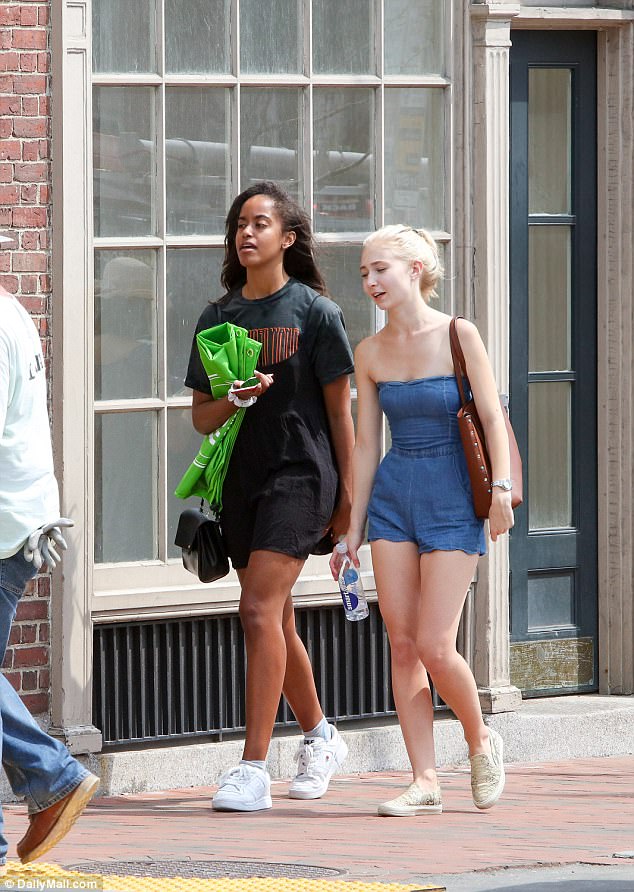 Malia took a gap year after graduating, during which time she volunteered in South America and interned for The Weinsten Company 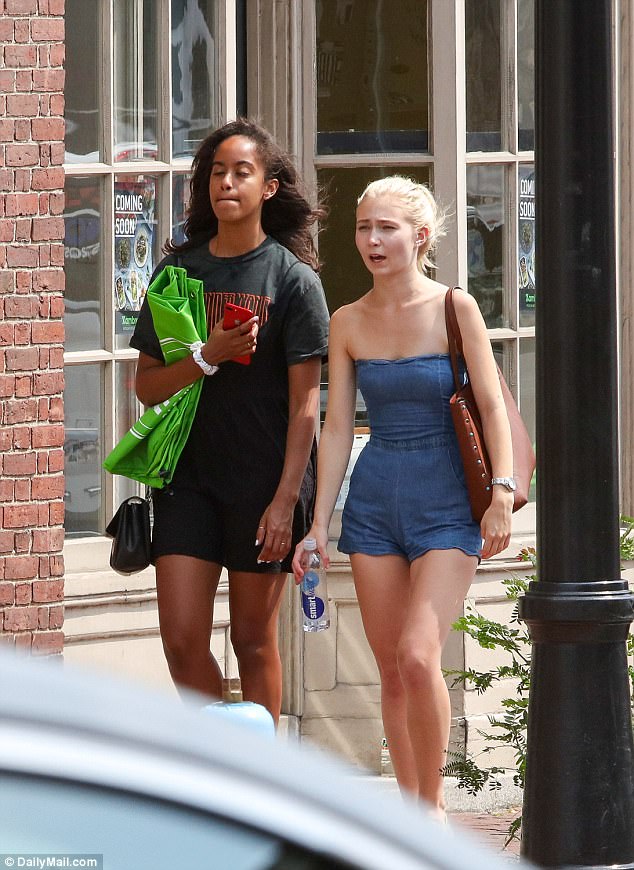 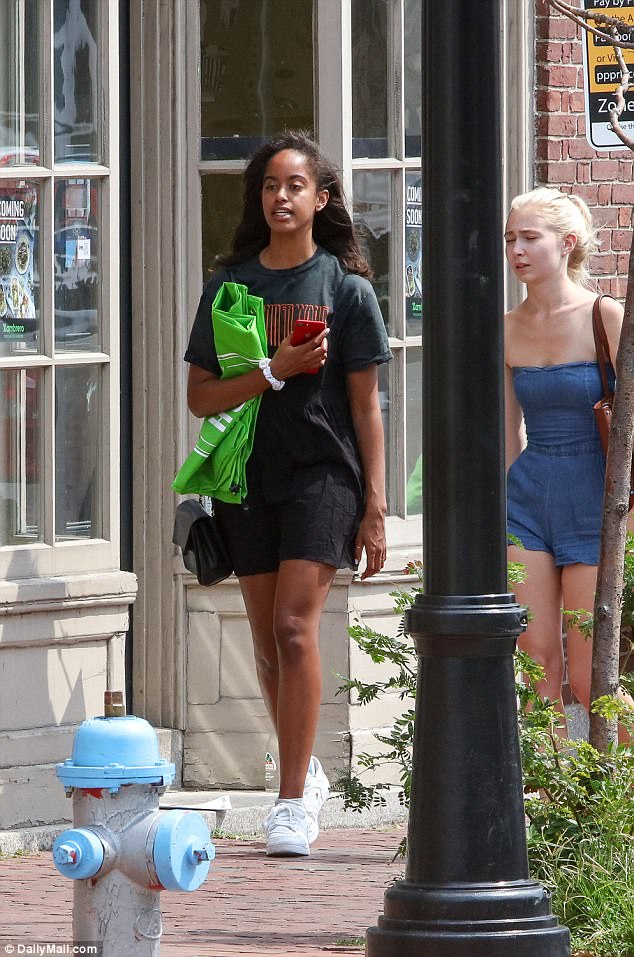 It is unclear if Malia will have a Secret Service detail,but she is entitled to one 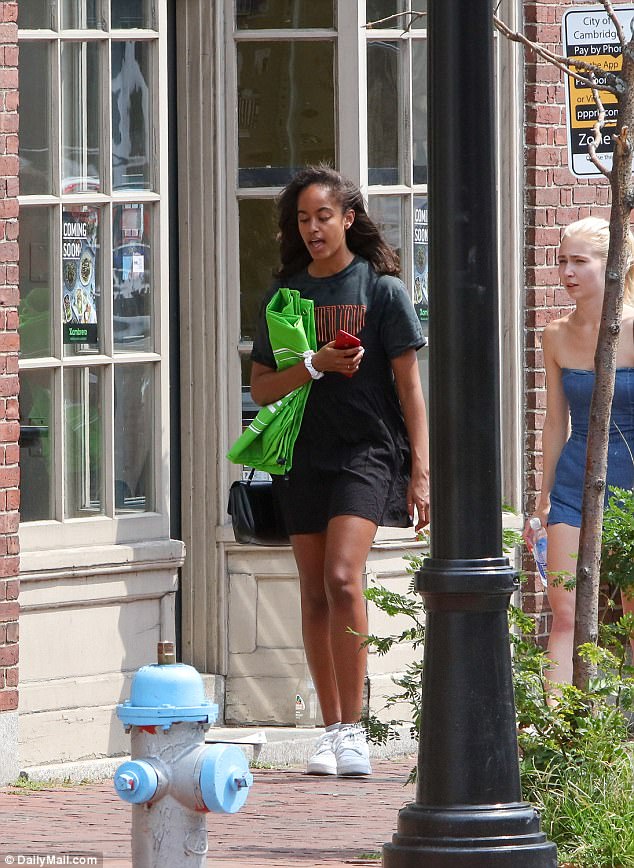 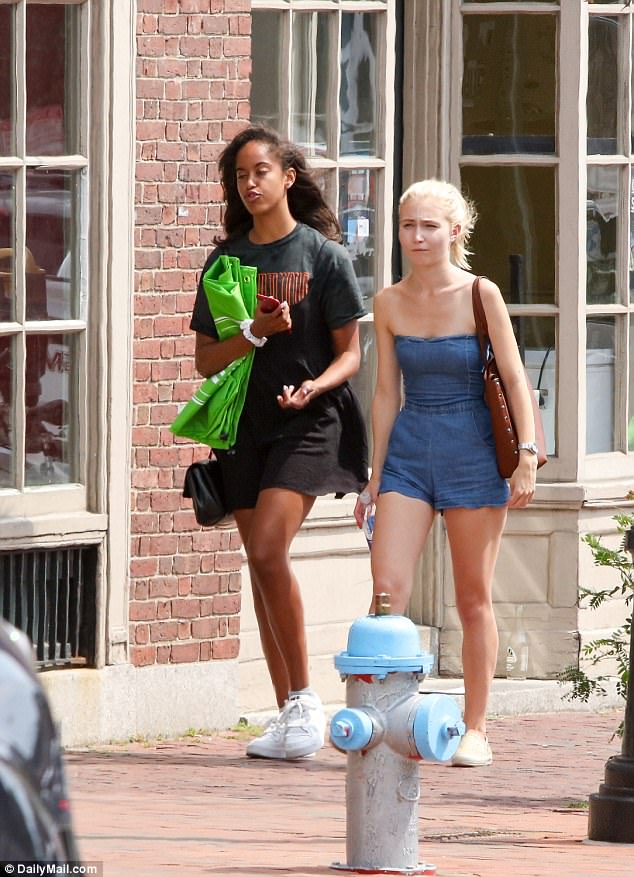 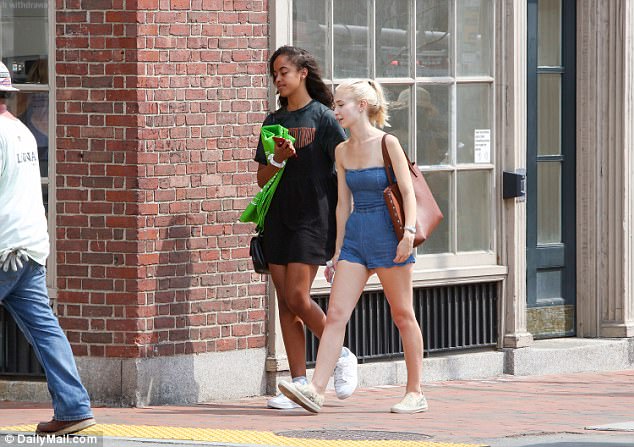 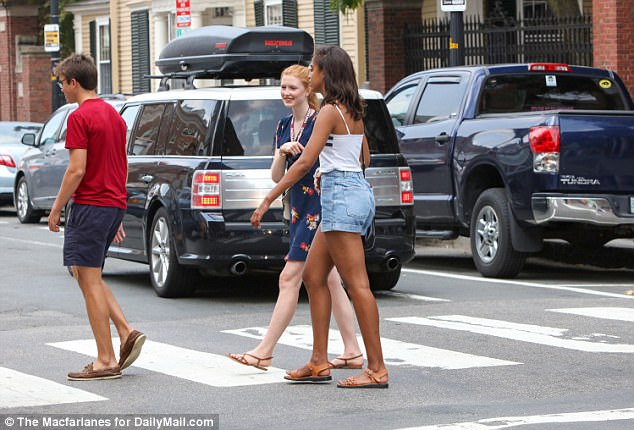 Malia chats with a young man on campus before grabbing salads 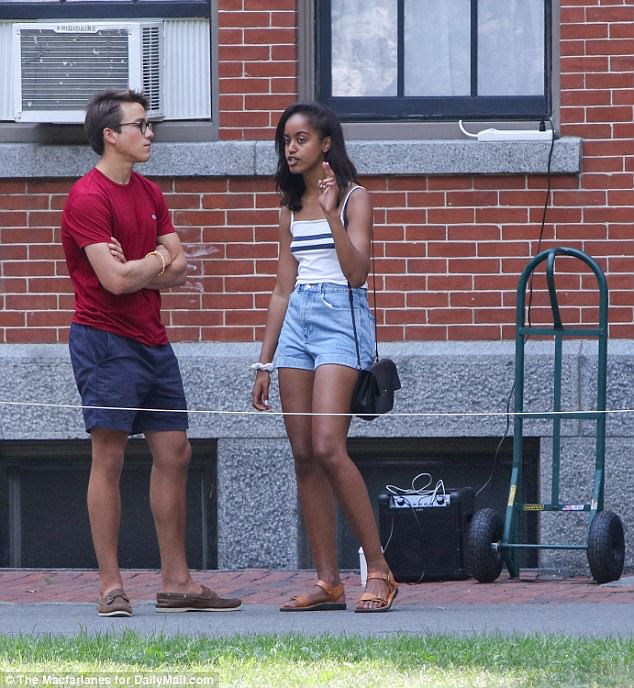 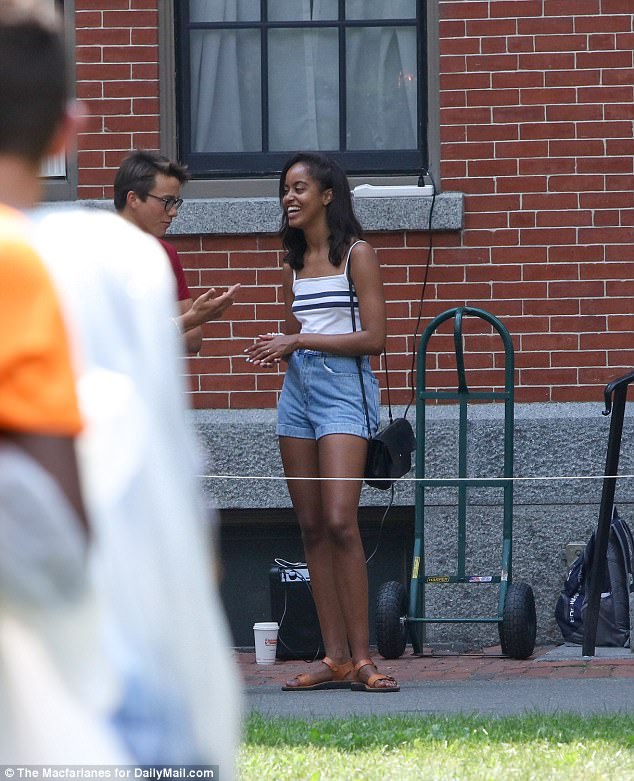 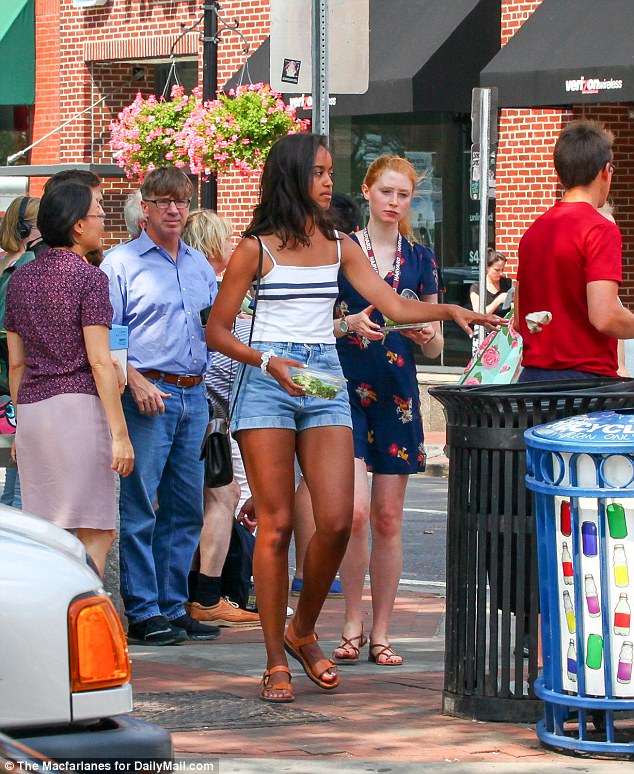 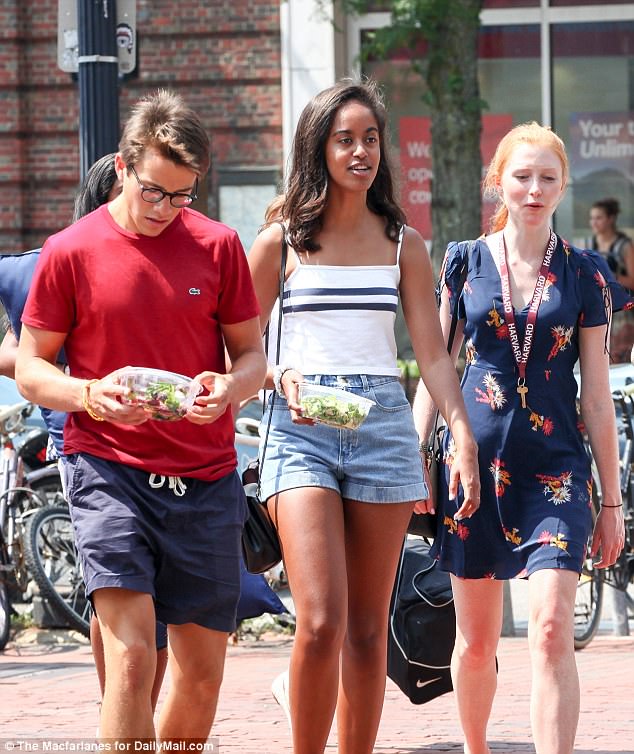 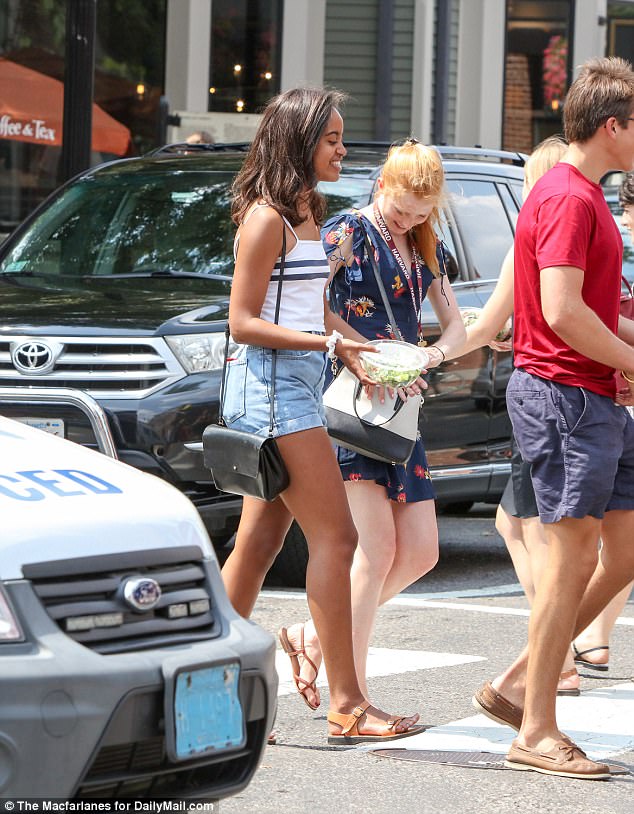 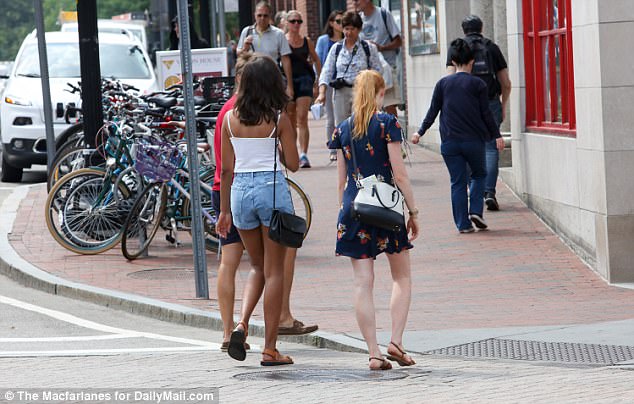