Home » Latest » Which All Celebrities Visited Richard Branson’s Private Island Other Than Barack And Michelle Obama?

Barack Obama could have picked anywhere in the world to take his wife on that ‘very nice vacation’ he’d promised her after standing down as Leader of the Free World. So, one has to ask why he opted for Sir Richard Branson’s personal Caribbean paradise, Necker Island?

Scroll down For The Video

Of course, the certainty of blue skies, golden sand and warm seas would appeal, and the privacy such a hideaway affords. But Necker is a party island, beloved of the celebrity hoi polloi, from Kates Moss and Winslet to ex-Baywatch star David Hasselhoff and the odd royal, global guru or head of state who fancies a freebie. 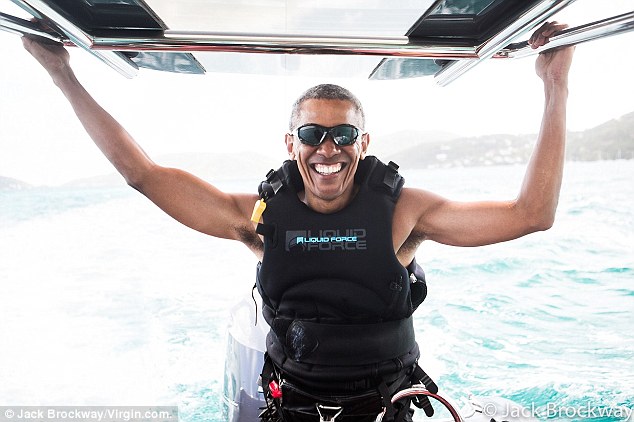 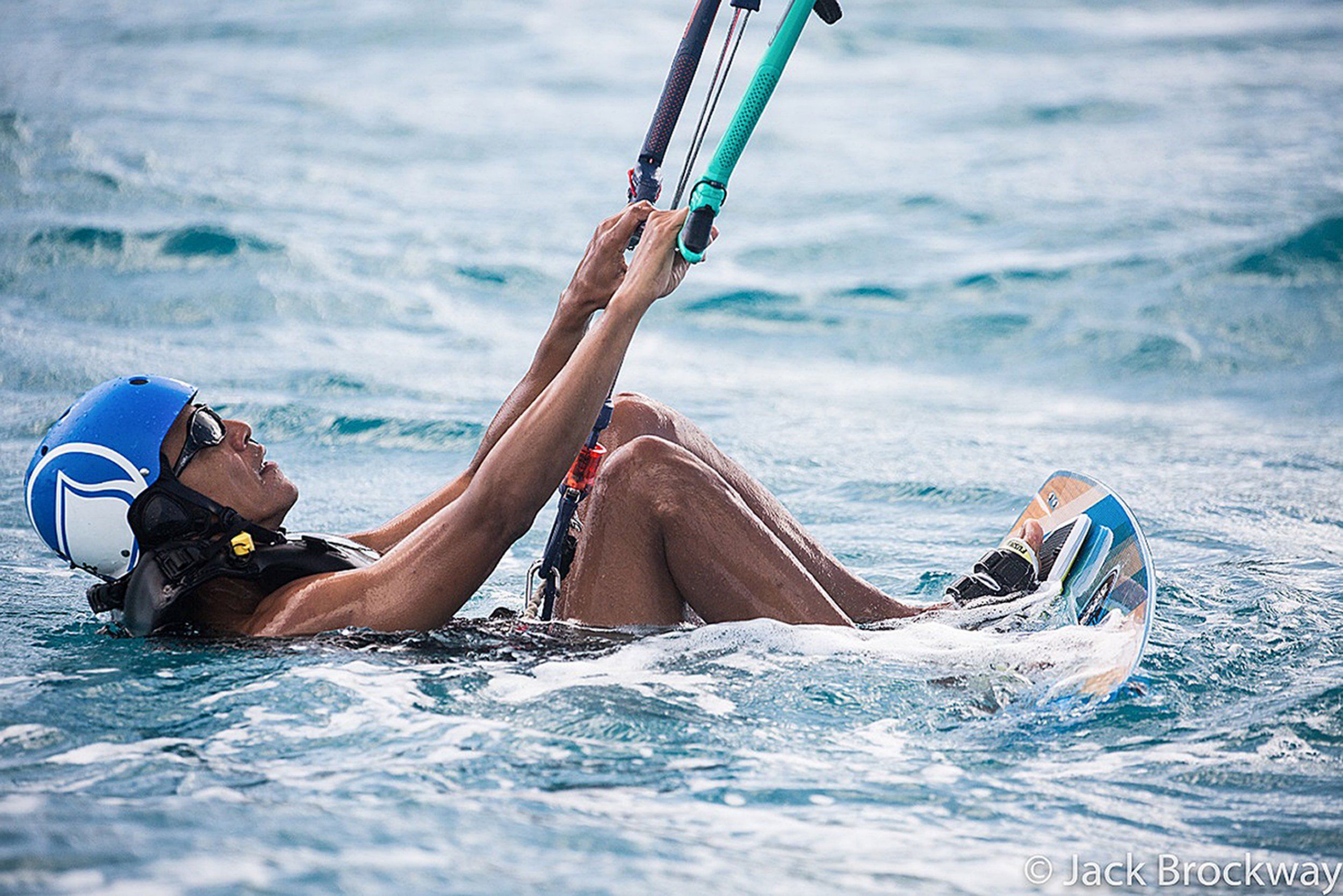 Branson says: ‘One of the first stories Barack told me when he and Michelle arrived on Moskito Island was how, just before he became president, he had been surfing on a dangerous break in Hawaii.’ 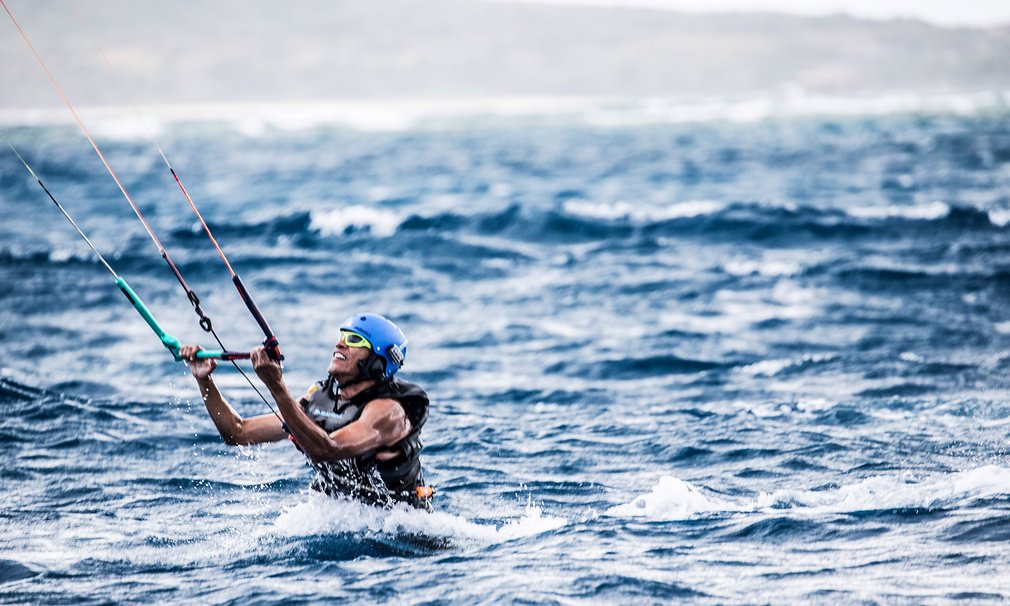 We decided to set up a friendly challenge: could Barack learn to kitesurf before I learned to foilboard? We agreed to have a final day battle to see who could stay up the longest,’ Branson says 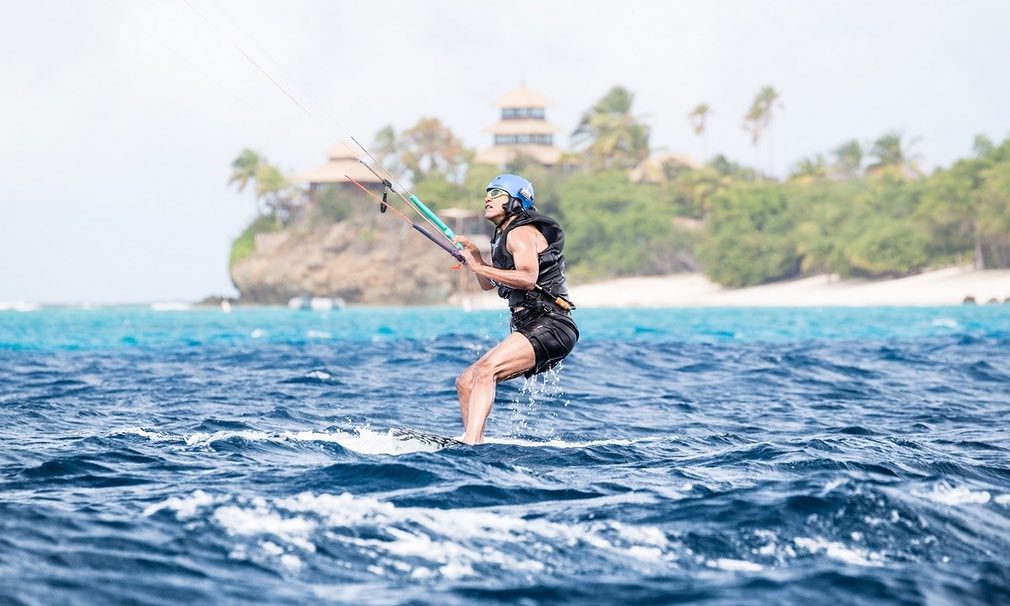 During the challenge, Branson managed to go for 50 meters on his foil board 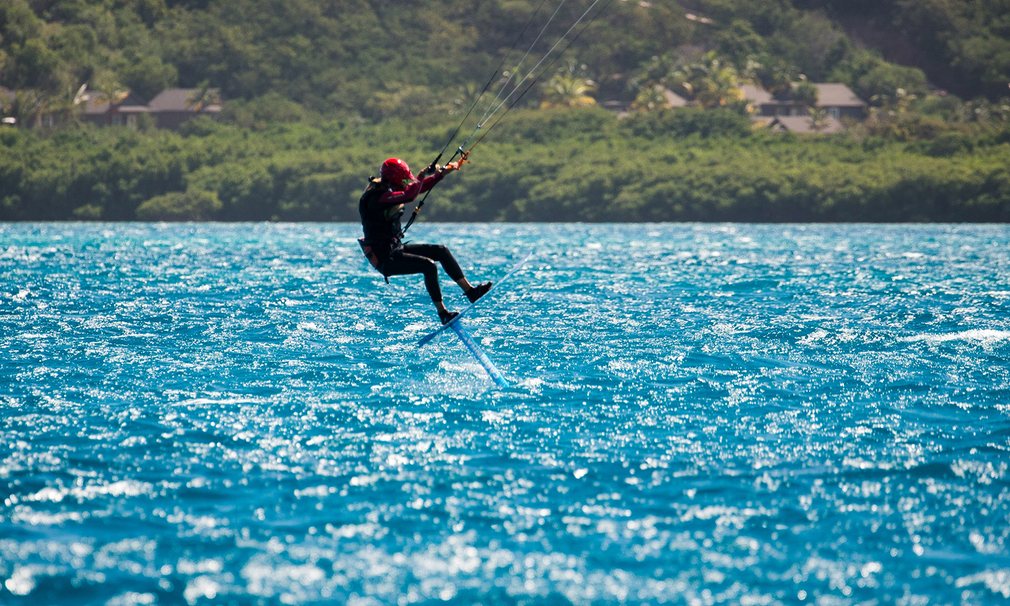 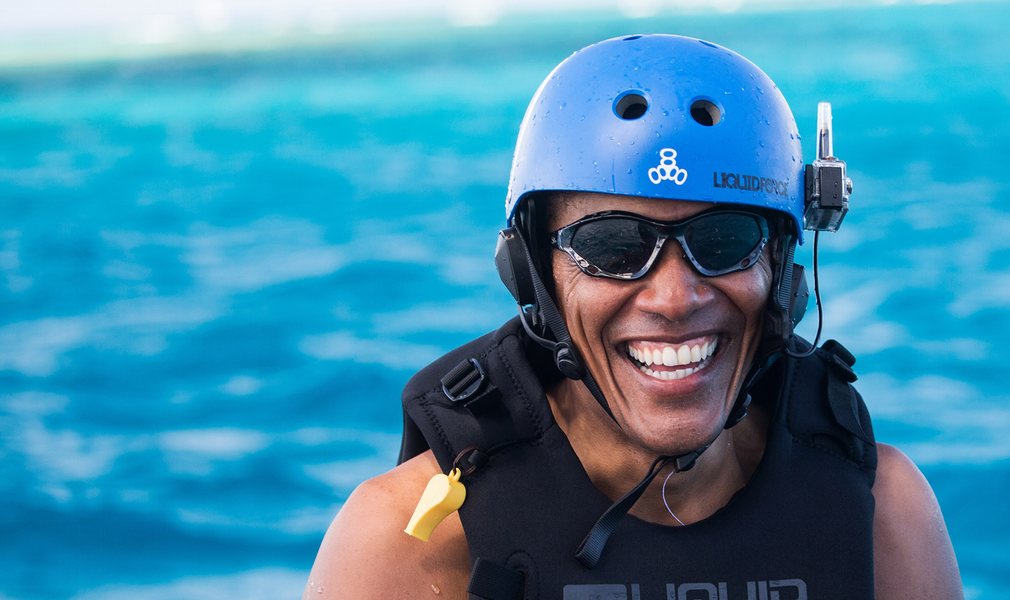 Obama and Branson wrestle on a boat 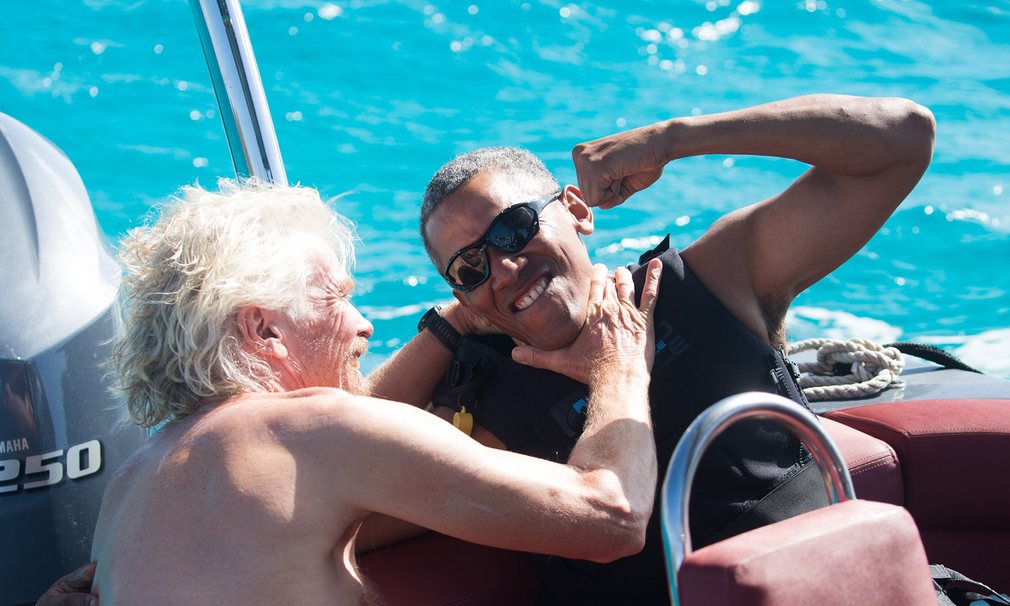 The island, has several residences staffed by 60 people, with enough room for 34 guests, although it could cost up to £40,000 per night 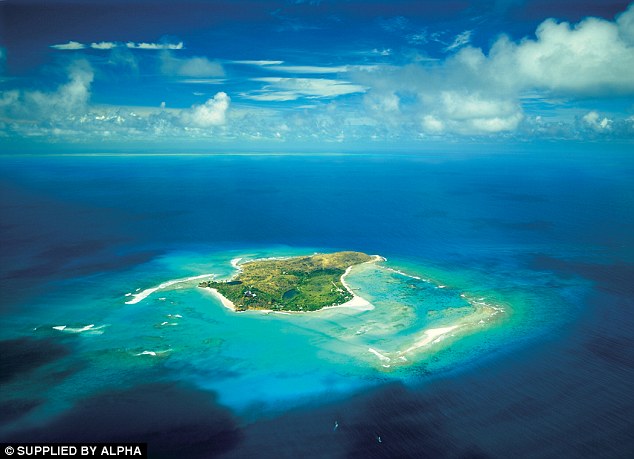 Ever since Branson acquired Necker in 1979 for about £180,000, he has busied himself inviting the great, the good (and not-so-good), and the merely famous to enjoy it. Let’s explore who all have visited Richard Branson’s Caribbean idyll, Necker Island.

Sir Richard Branson, third right, has invited a host of celebrities to his private paradise, Necker Island, including Harry Styles, left, and friends 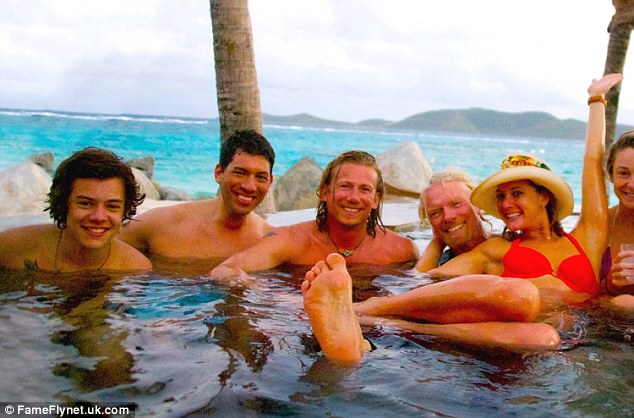 Kate Winslet Oscar-winning actress visited in August 2011, with children Mia and Joe, and then-boyfriend, male model Louis Dowler, to join a house party made up of Branson family and friends. 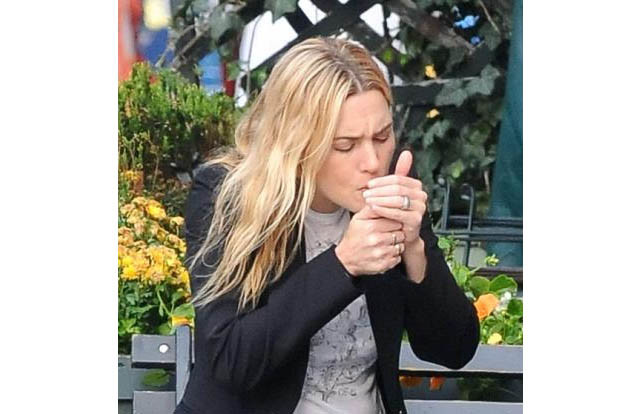 The ex-Baywatch star enjoyed a post-panto sojourn with Welsh girlfriend Hayley Roberts in 2012 — and got to meet his ‘hero’ Ronnie Wood there. 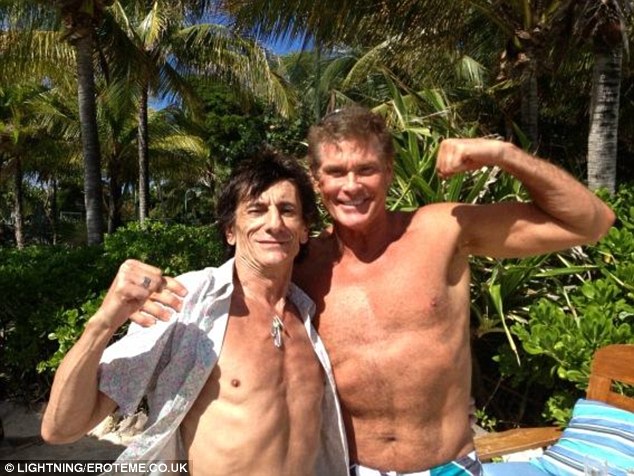 Former Wimbledon champion Boris Becker, pictured with wife Sharlely, have also been invited to the paradise 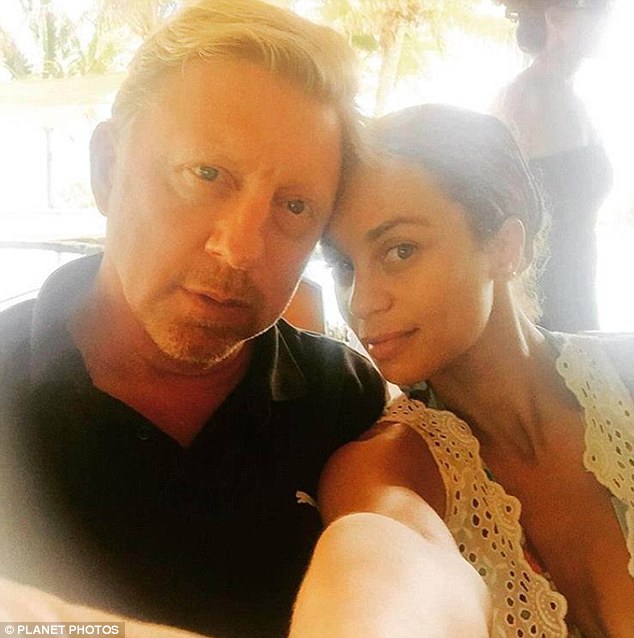 Kate Winslet, left, once saved Sir Richard’s 90-year-old mother Eve, centre, from a blaze at one of the island’s main residences in 2011 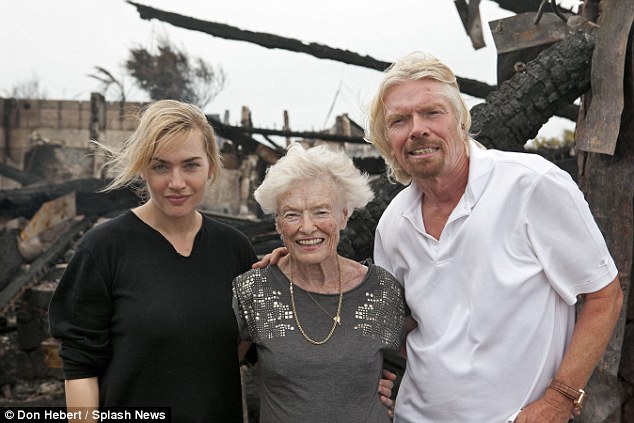 Princess Diana, visited the island with sons Harry and William, centre, in 1990 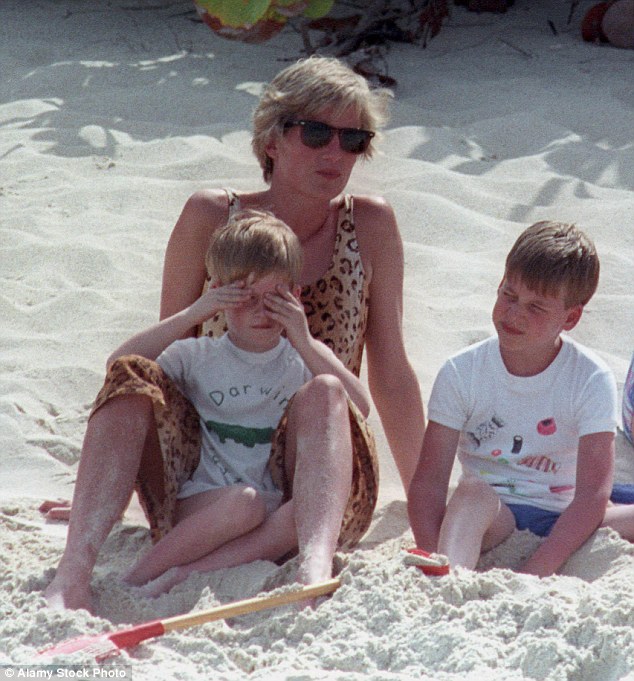 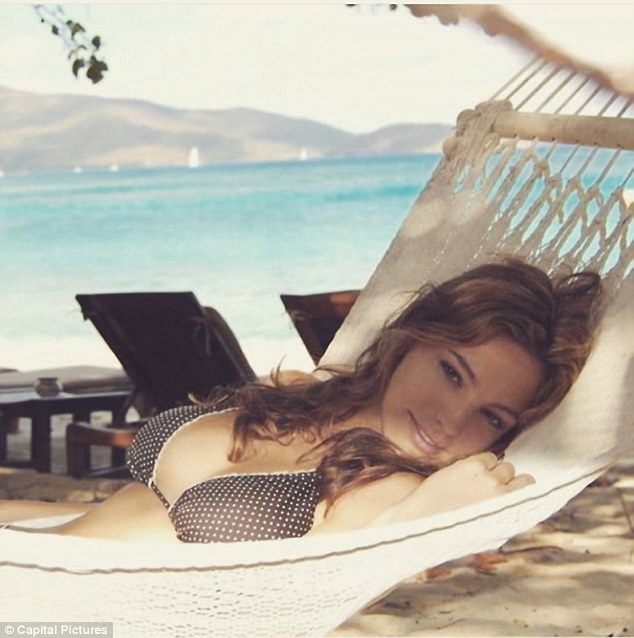 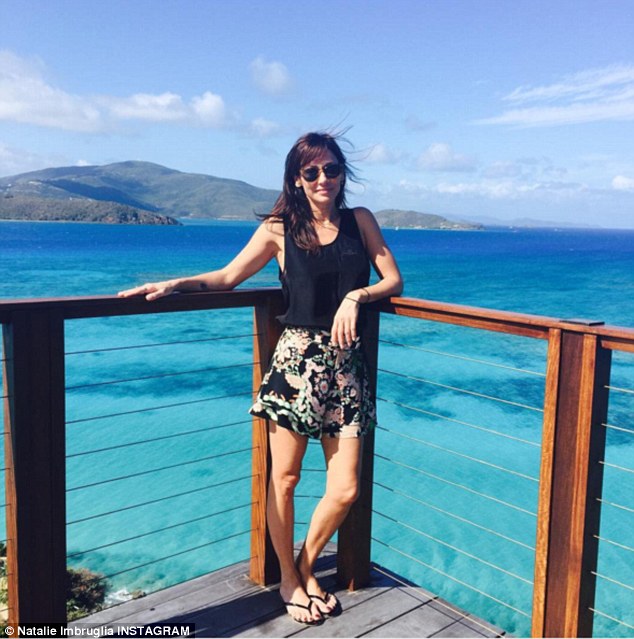 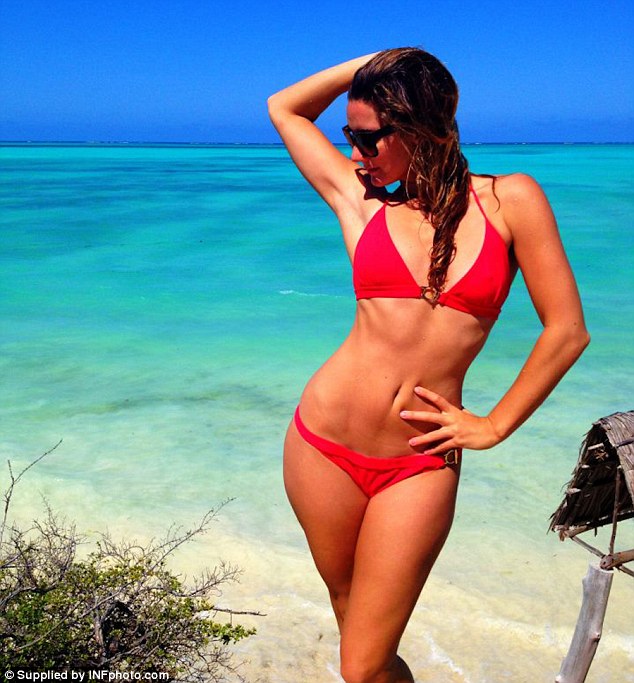