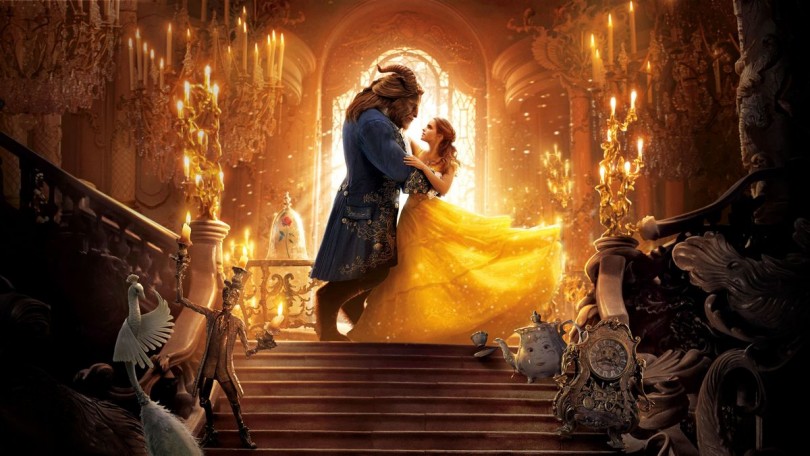 Belle, a village girl, embarks on a journey to save her father from a creature that has locked him in his dungeon. Eventually, she learns that the creature is an enchanted prince who has been cursed.

Disney’s animated classic takes on a new form, with a widened mythology and an all-star cast. A young prince, imprisoned in the form of a beast, can be freed only by true love.

What may be his only opportunity arrives when he meets Belle, the only human girl to ever visit the castle since it was enchanted.

Watch Beauty And The Beast Trailer

THE 14 MOST IMPORTANT BEAUTY AND THE BEAST QUOTES 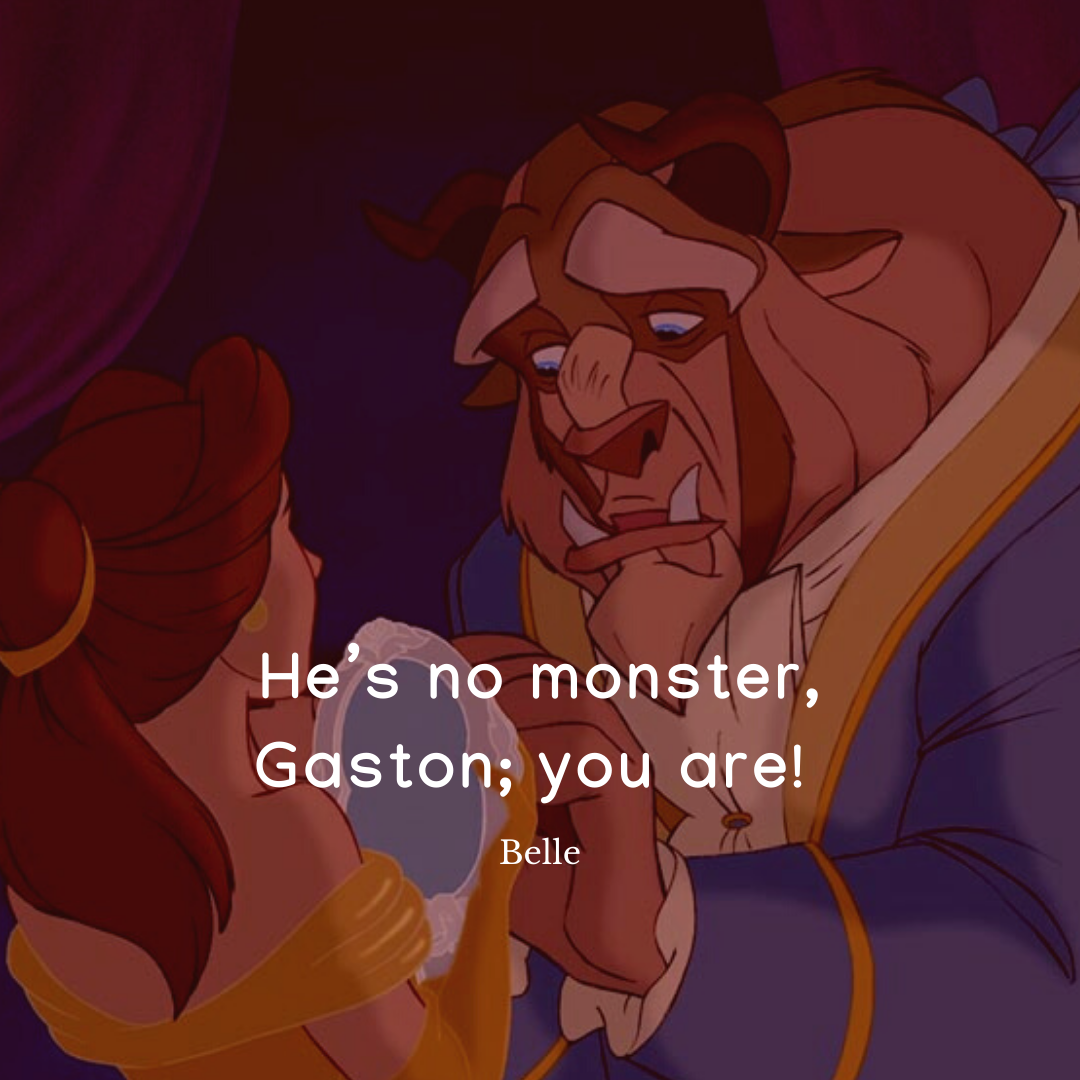 2. Here’s where she meets Prince Charming, but she won’t discover that it’s him ’til chapter three! – Belle 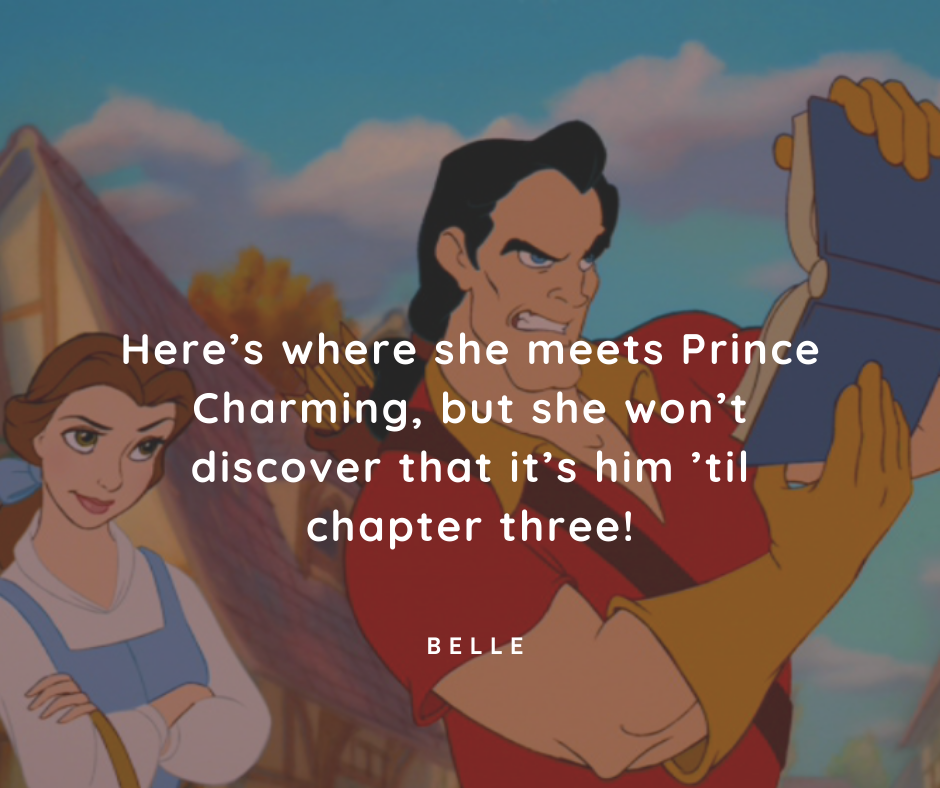 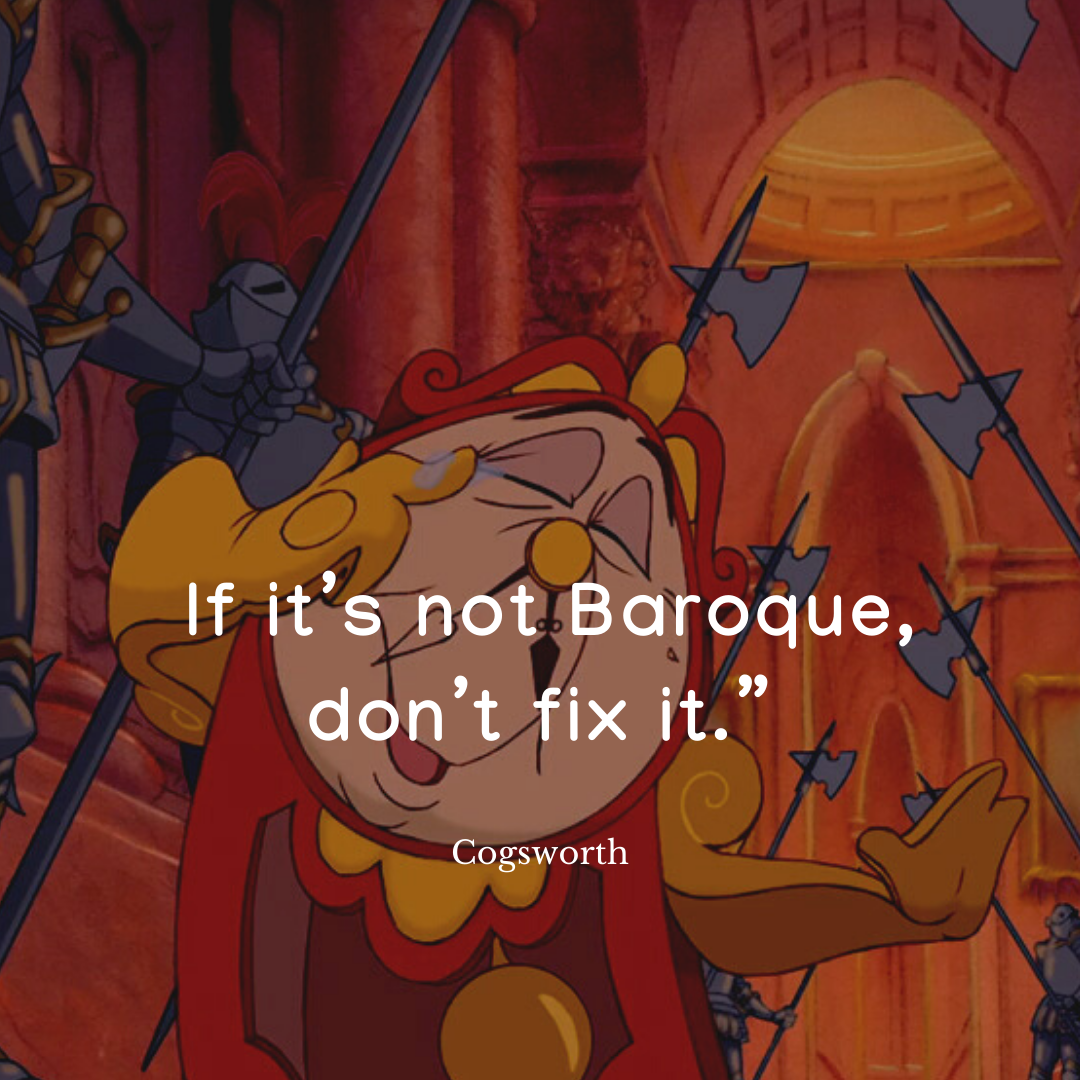 4. How can you read this? There’s no pictures!” “Well, some people use their imagination. – Gaston & Belle 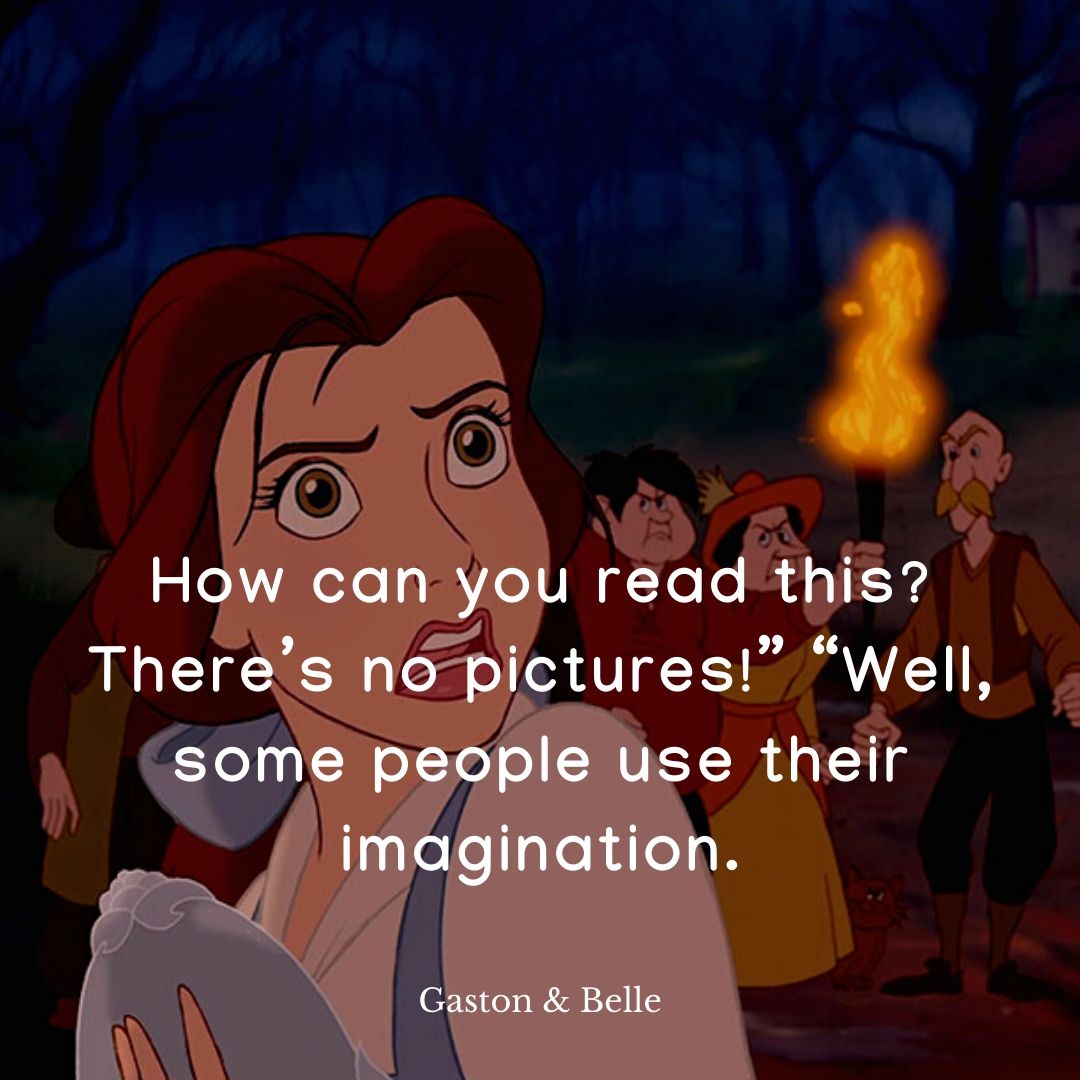 5. Take it with you so you’ll always have a way to look back … and remember me. – Beast 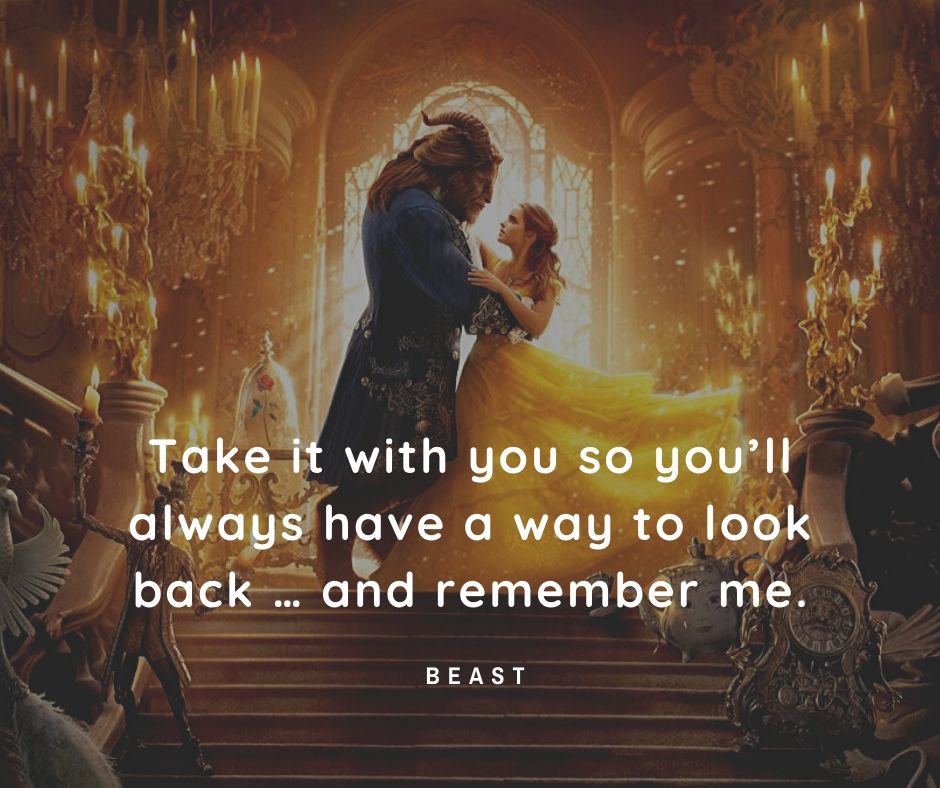 6. I want adventure in the great wide somewhere! I want it more than I can tell! – Belle 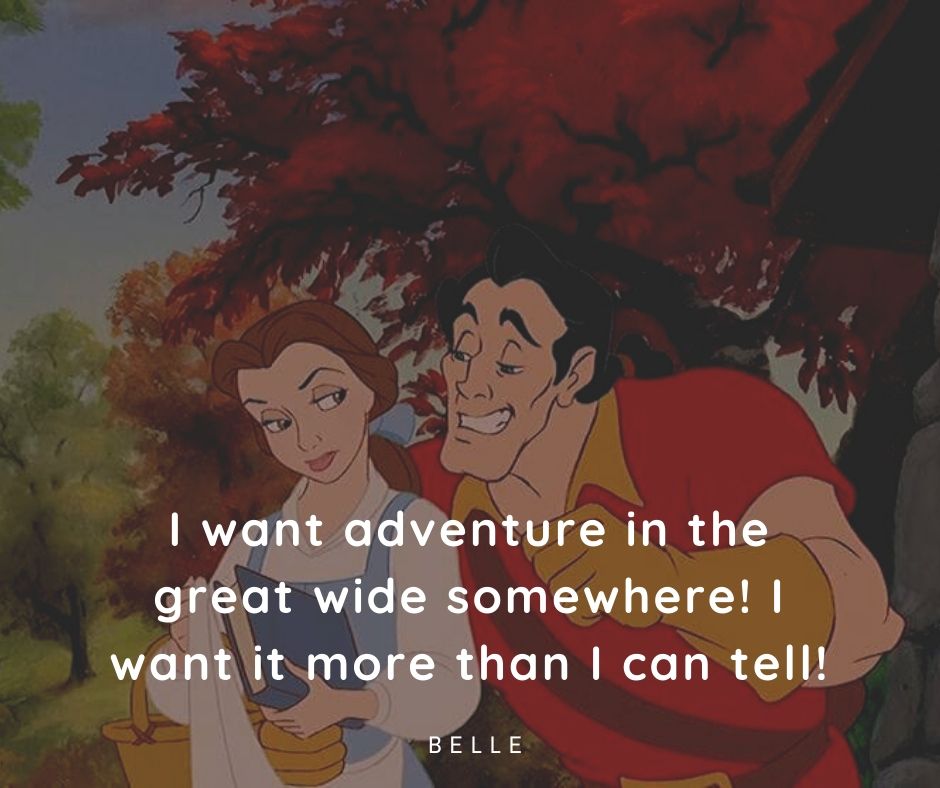 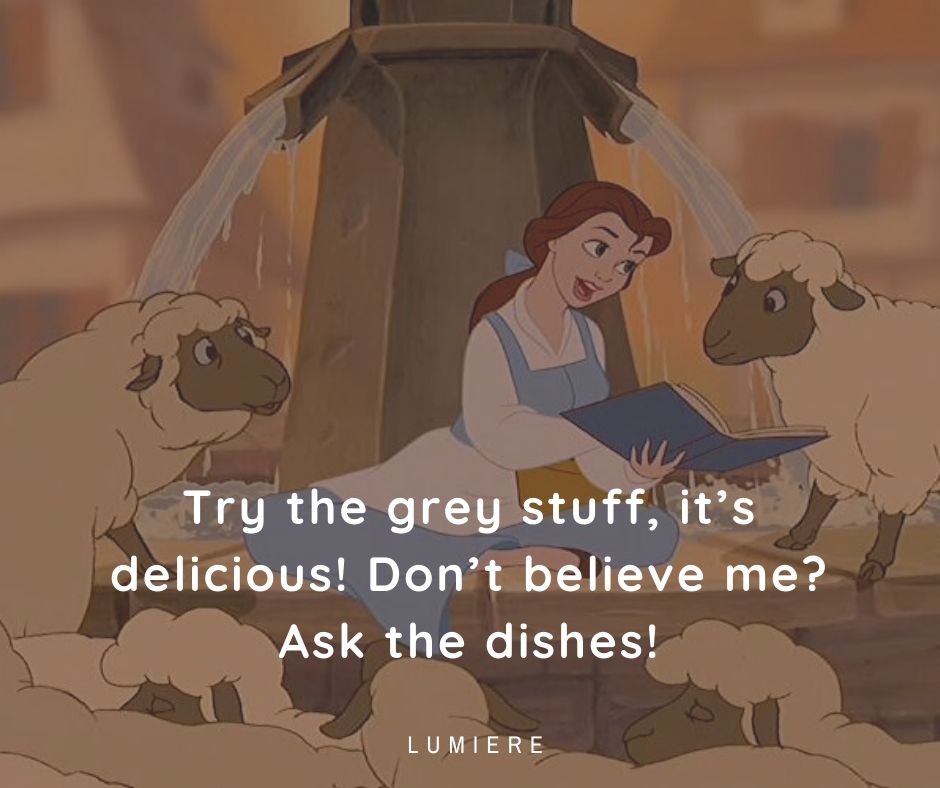 8. She warned him not to be deceived by appearances, for beauty is found within. – Narrator 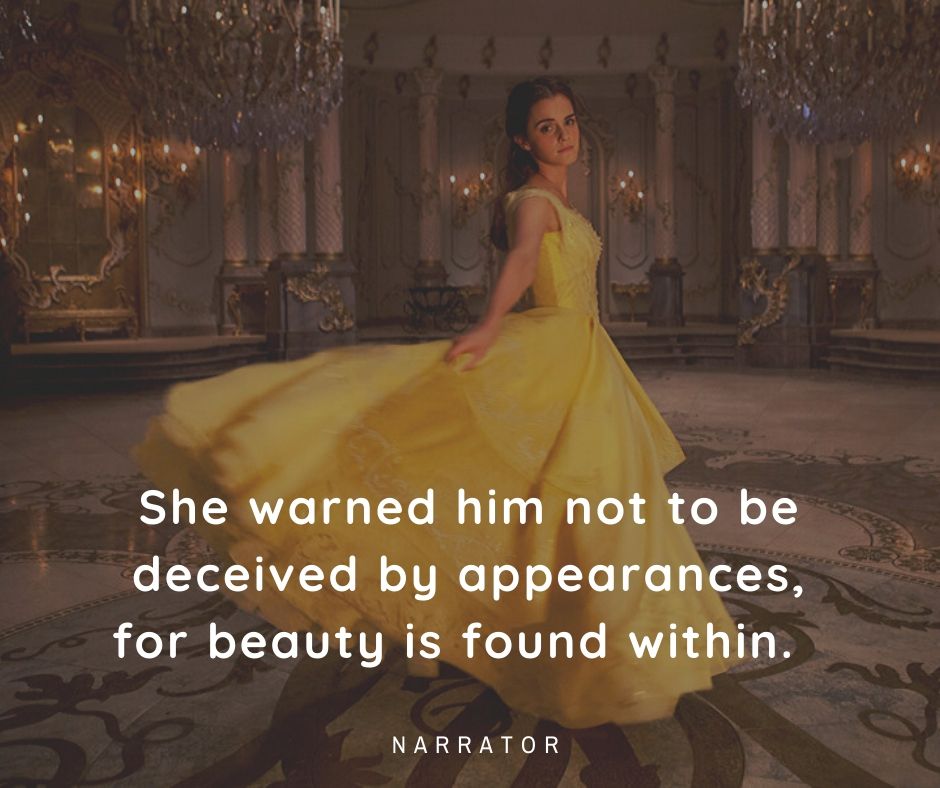 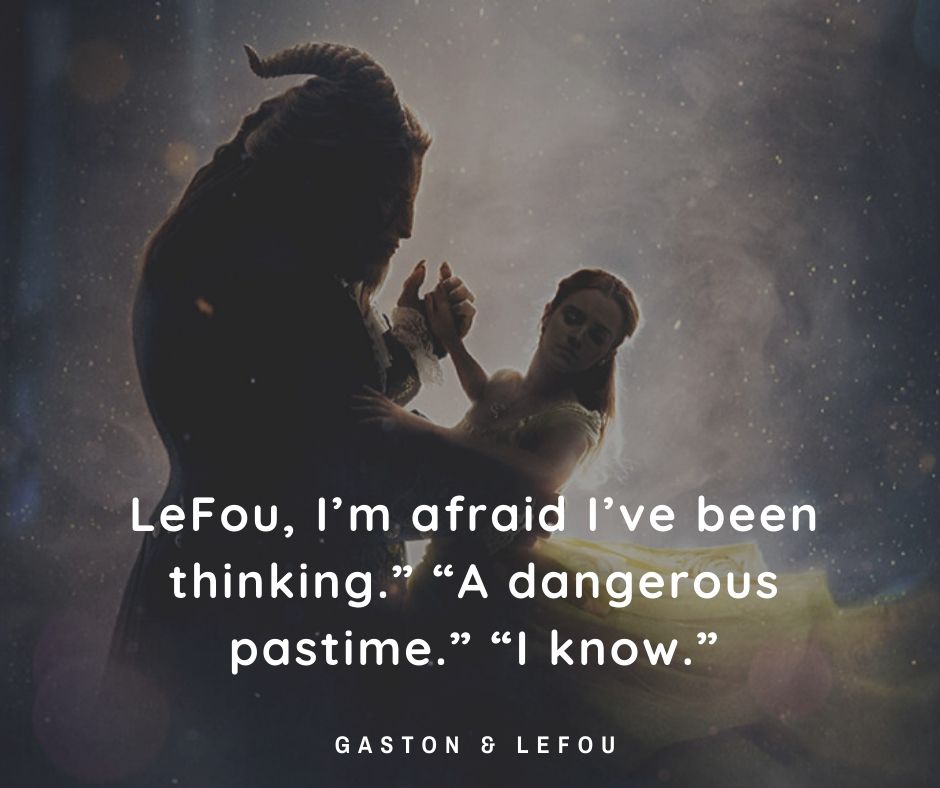 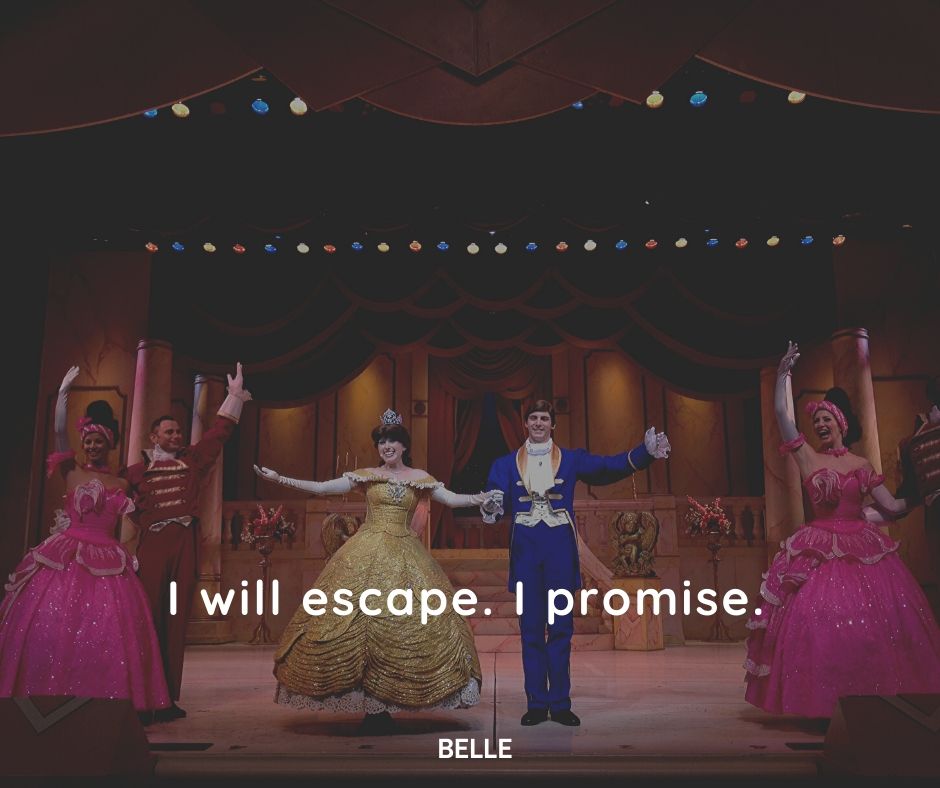 11. New and a bit alarming. Who’d have ever thought this could be? True that he’s no Prince Charming but there’s something in him that I simply didn’t see. – Belle

12. I want adventure in the great wide somewhere, I wanted more than I can tell… For once in might be grand to have someone understand, I want so much more than they’ve got planned! – Belle

13. I never felt this way about anyone. I wanna do something for her. – Beast 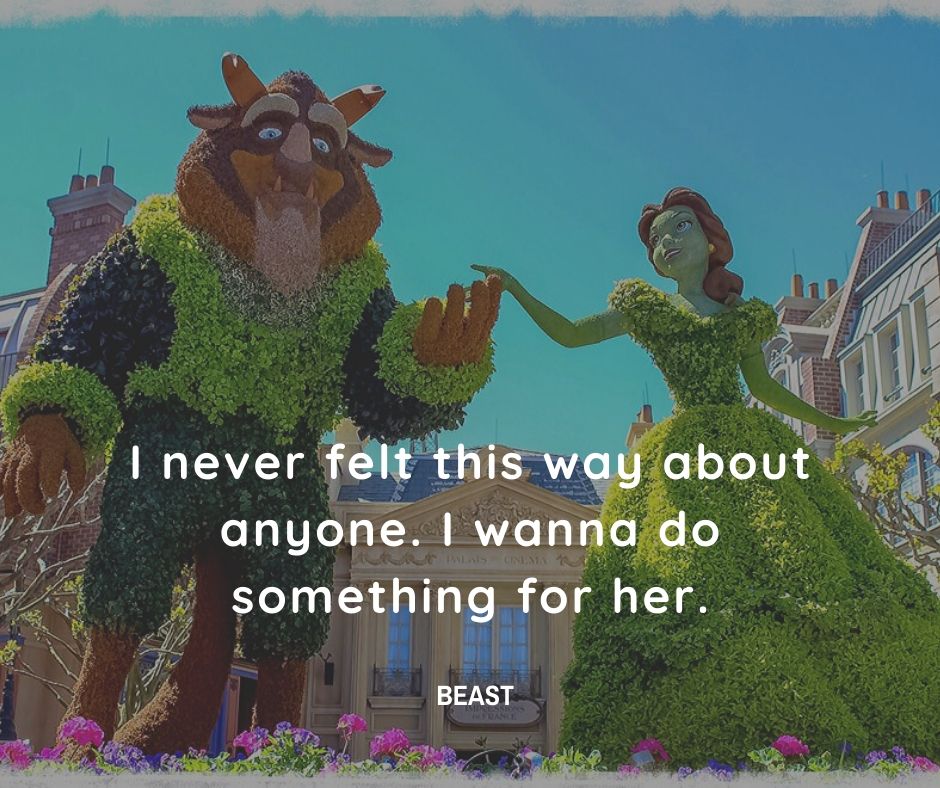 14. My dear Belle, you’re so ahead of your time. This is a small village, and it’s small-minded, as well. But small also means safe. – Maurice 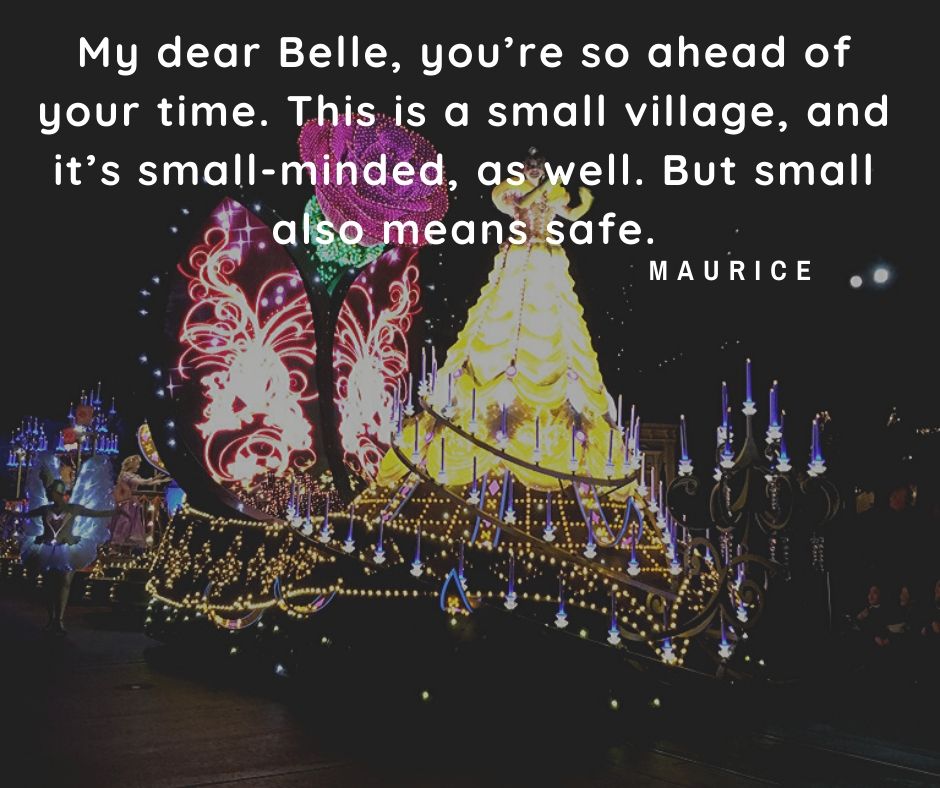 16. “Don’t you see? She’s the one. The girl we have been waiting for. She has come to break the spell. – Lumiere

17. Who’d have ever thought that this could be? True that he’s no Prince Charming But there’s something in him that I simply didn’t see. – Belle

18. Think of the one thing that you’ve always wanted. Now find it in your mind’s eye and feel it in your heart. – Beast

19. Master, we all understand how you feel about Christmas. But when a woman gives a man a gift, she’s saying, “I care about you. – Lumiere

20. Tale as old as time, tune as old as song, bittersweet and strange, finding you can change, learning you were wrong. – Mrs. Potts

21. The people think I’m odd. So, I know how it feels to be…different. And I know how lonely that can be. – Belle

23. Since you are so kind as to think of me, be so kind as to bring me a rose, for as none grow hereabouts, they are a kind of rarity. – Jeanne Marie Beaumont

27. Love looks not with the eyes, but with the mind. – Belle

28. As I have said, you have no reason to trust me, and an excellent reason not to. – Robin McKinley

30. You are the wildest, most gorgeous thing I’ve ever seen! Nobody deserves you… – Gaston

31. I want much more than this provincial life. – Belle

32. He fell into despair and lost all hope. For who could ever learn to love a beast? – Narrator

33. If the Beast gave me a library like he gave to Belle, I’d marry him too. – Aya Ling

35. Belle found she could look back. And not blush. And not have to look away. – Liz Braswell

36. As the years passed, he fell into despair and lost all hope. For who could ever learn to love a beast? – Beast

37. You take me as your prisoner, and now you want to have dinner with me? Are you insane? – Belle

38. Almost immediately, I found the red door into the library. I opened it idly – and the breath stopped in my throat. – Belle

39. You’re in the middle of the woods with a beast as the curse grows stronger. I won’t be able to control it forever. – Liz Braswell

40. He fell into despair, and lost all hope. For who could ever learn to love a beast? – Narrator

41. We all have a choice—to be monsters or men. It is not a matter of blood, but a condition of the heart. – Elizabeth D. Marie

42. Ashamed of his monstrous form, the beast concealed himself inside the castle, with a magic mirror, as his only window to the outside world. – Narrator

43. If she is the one who’ll break the spell, you must finally learn to love. – Rosalind

45. I truly believe that hope is the greatest of the gifts we’ll receive. As long as our guiding star shines above. – Angelique

46. Well, I never thanked you for not leaving me to be eaten by wolves. – Beast

47. Impress her with your rapier wit. Shower her with compliments. – Lumiere

48. There always will be a time when the world is filled with peace and love. – Belle

49. I know he looks vicious, but he’s really kind and gentle. – Belle

51. And for once it might be grand to have someone understand I want so much more than they’ve got planned. – Beast

52. For the longest time after the curse fell, I did not know if I was a beast who dreamed of being a man, or a man who dreamed he was a beast. – Leife Shallcross

54. I never felt this way about anyone. I wanna do something for her. – Beast

55. Were together now. Everything’s going to be fine… – Belle

57. I told you nothing would change. I told you the master would not allow this. I told you Christmas was a hopeless folly. But, I was wrong. -Angelique

58. Far off places, daring sword fights, a prince in disguise… – Beauty and the Beast

60. You should learn to control your temper. – Belle

61. I was innocent but certain, now I’m wiser but unsure. – Howard Ashman

62. The villagers say that I’m a funny girl. But I’m not sure they mean it as a compliment. – Belle

64. Gaston, you are positively primeval. – Belle

65. You don’t have time to be timid. You must be bold, daring. – Beauty and the Beast

66. When I felt lost and lonely, not a dream in my head, your words lifted my spirits high. – Angelique

67. Although he had everything his heart desired, the Prince was spoiled, selfish and unkind. – Narrator

68. I just finished the most wonderful story. – Belle

70. You most certainly did not, you pompous, paraffin-headed peabrain! – Cogsworth

71. It’s not right for a woman to read. Soon she starts getting ideas… thinking… – Gaston

73. People say a lot of things in anger. It is our choice whether or not to listen. – Mrs. Potts

74. Thank you for what you just did. But that doesn’t change that you’re too cowardly to be honest with me… – Belle

75. The prince begged her for forgiveness, but it was too late, for she had seen that there was no love in his heart. – Narrator

76. No great hunter wastes his time on rabbits. – Gaston

77. I’d like to thank you all for coming to my wedding. But first I’d better go in there and propose to the girl. – Gaston

78. When the moment is right, confess your love. – Lumiere

79. Well, of course he can talk. It’s all he ever does. Now, Lumière, as head of the household I demand that you put her back in her cell at once. – Cogsworth

80. We don’t like what we don’t understand, in fact, it scares us, and this monster’s mysterious, at least… – Beauty and the Beast

81. Belle, you must leave here! This castle is alive! – Maurice

82. I have found that most troubles seem less troubling. After a bracing cup of tea. – Mrs. Potts

85. There goes the baker with his tray like always, the same old bread and rolls to sell, every morning just the same since the morning that we came to this poor provincial town. – Belle