Astonishing photos capture a ferocious 20-minute battle between a jaguar and a yacare caiman. The jaguar ambushed its prey on the banks of the Three Brothers River in Mato Grosso, Brazil on Tuesday.

It sunk its teeth into the caiman’s throat as the reptile thrashed in a desperate attempt to break free. But the jaguar was too powerful and killed the caiman with a bite to the skull before dragging its prize through the undergrowth.

Caimans form a large part of a jaguar’s diet but battles as dramatic as this are rarely caught on camera. 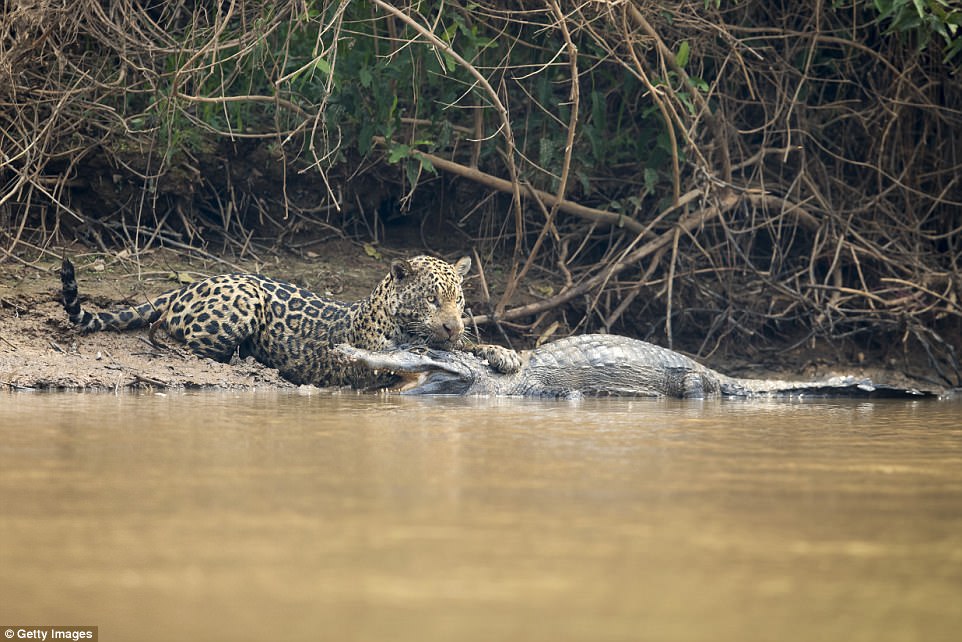 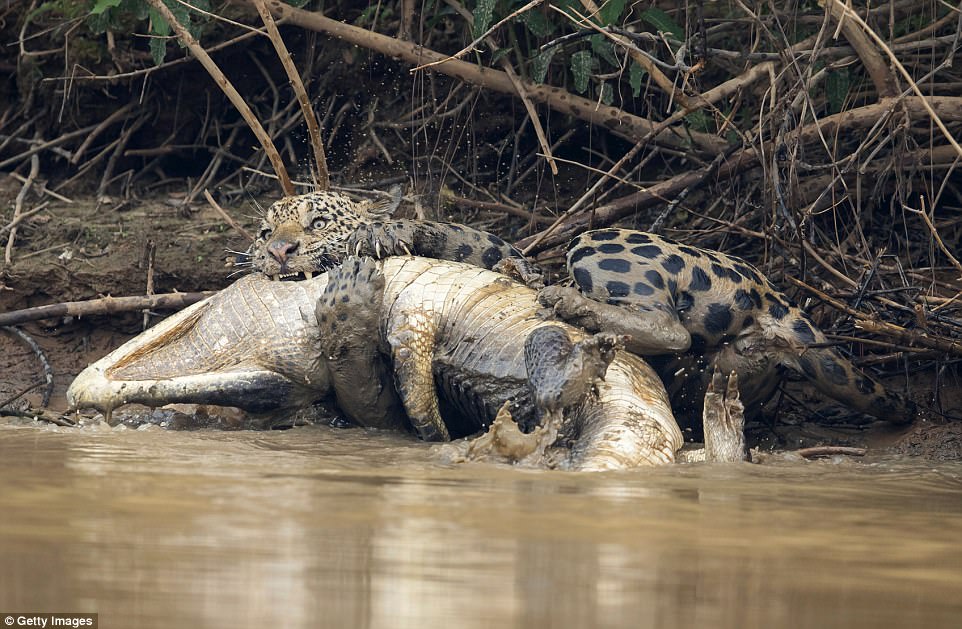 The caiman thrashed around in the water in terror, trying to wriggle free of the jaguar’s strong grip 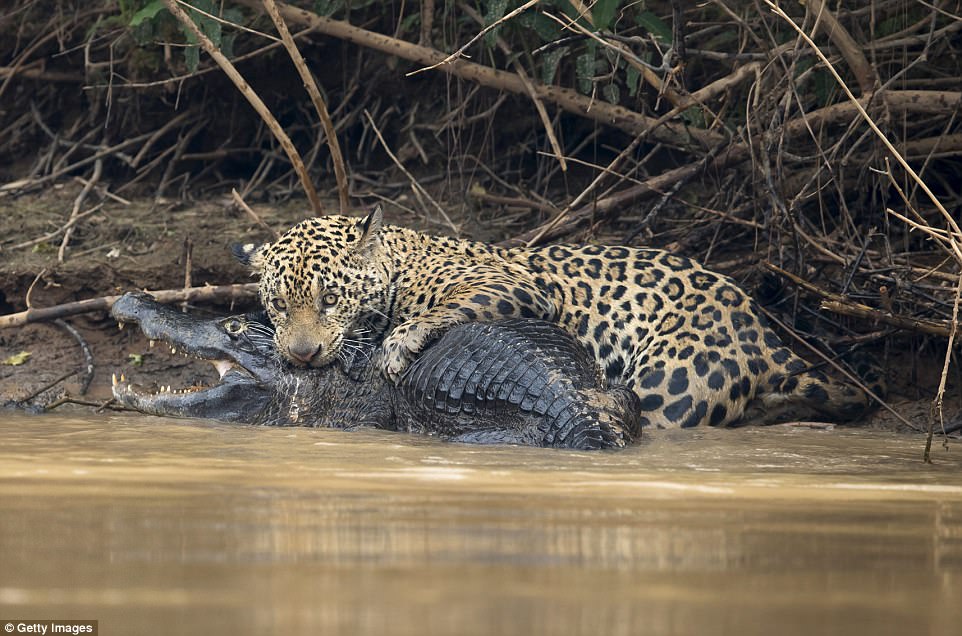 The jaguar ambushed its prey on the banks of the Three Brothers River in Mato Grosso, Brazil on Tuesday. It killed its prey with a bite to the skull 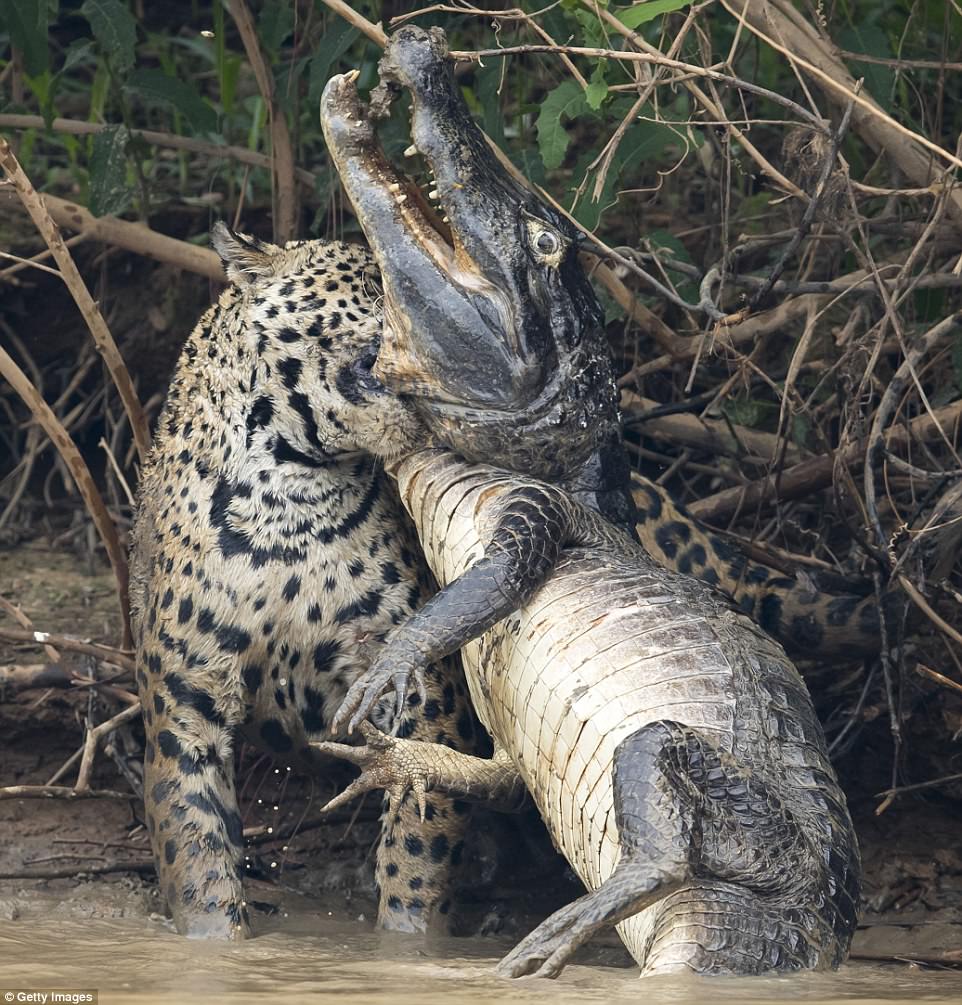 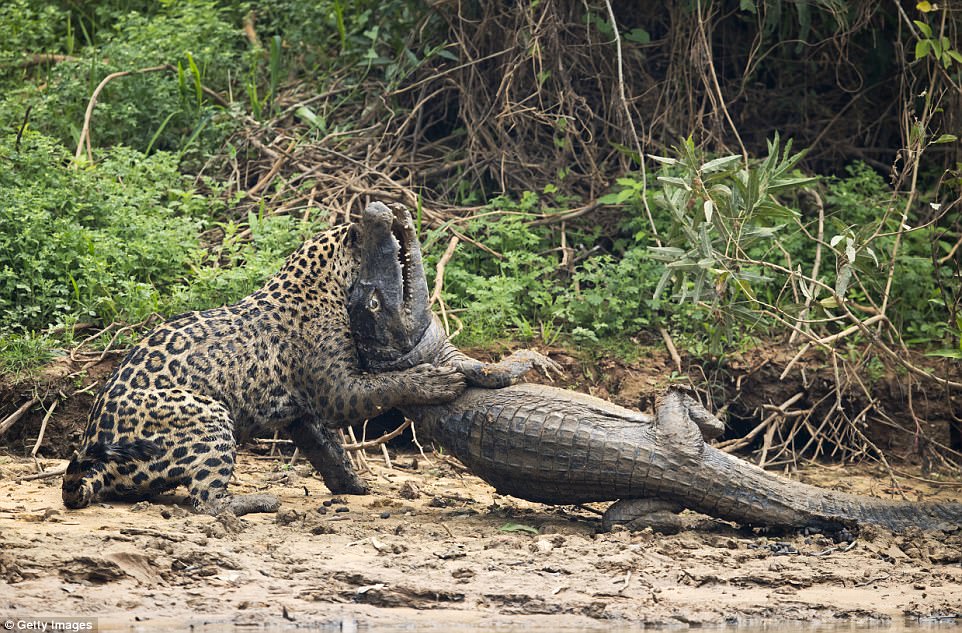 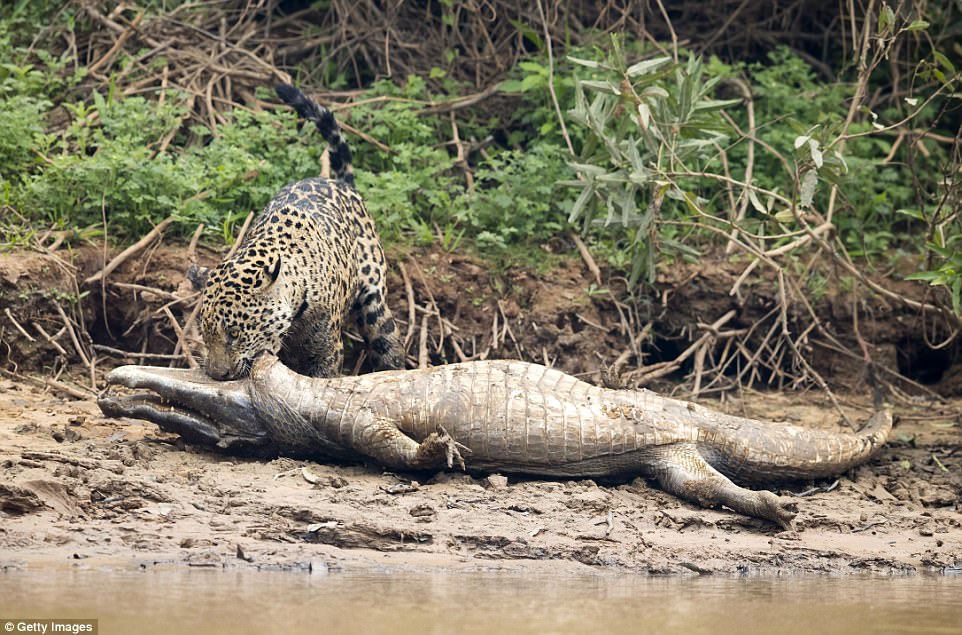 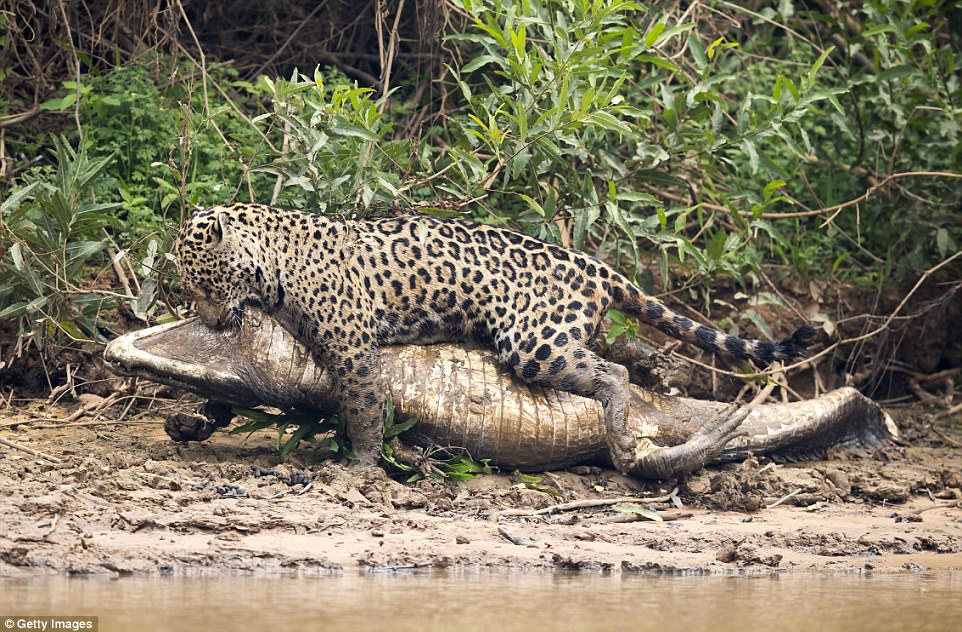 The fight was captured by photographer Chris Brunskill. He wrote on Facebook: ‘Yesterday I photographed an incredible caiman predation by a young jaguar high up on the Rio Tres Irmaos. 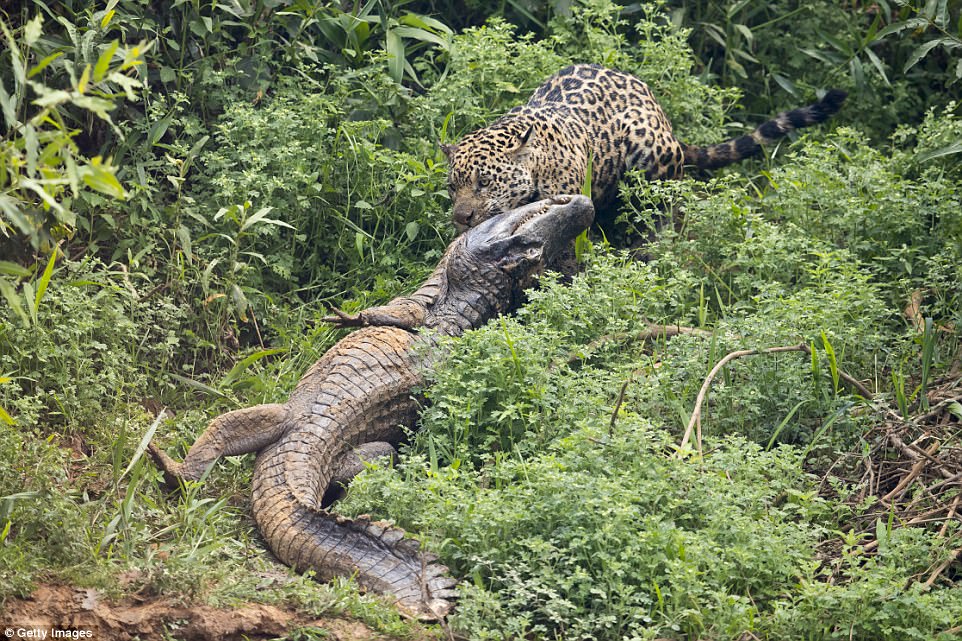 ‘We were on the main Rio Cuiaba when we got an early radio call reporting a jaguar had been seen near to the Corixo de Camindo and duly headed up there at top speed, arriving just after nine o’clock.

‘Over the next hour we followed the cat and watched at close range as she charged unsuccessfully on a small group of capybara.

Most Spectacular Crocodile Attacks Compilation including Crocodile vs Lion, Elephant