Friendship can be found in the most unusual places and sizes. Ayesha Cantor, owner of the Kragga Kamma Game Park in South Africa, was driving with her 21-year-old daughter Tammaryn when they spotted something that made them hit the brakes and get their cameras out.

She noticed one giraffe seemed to be preoccupied by something on the ground – and was amazed when she realised it was a domestic rabbit. She said: ‘My daughter and I were taking a late Sunday afternoon game drive around the park. 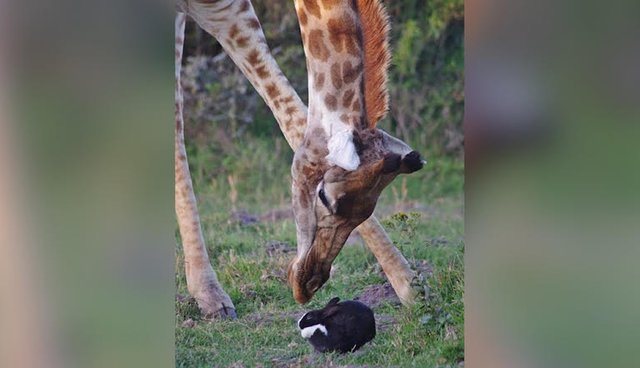 ‘The light was lovely so on coming across a group of giraffes I stopped to snap a few sunset giraffe pics. ‘One giraffe kept bending down, we did not immediately realise why he was doing that. And then we saw the bunny.’Ayesha said the bunny looked like a domestic rabbit and as there are a few houses which neighbour the park, she thinks it’s likely to be an escaped pet.

She said: ‘We were fascinated and delighted by its interactions with the giraffe. The bunny seemed totally unfazed and even comfortable and relaxed under the feet of the giraffe.’At one stage he even rolled onto his back as though expecting a tummy tickle.’The giraffe was very gentle and also seemed curious, and playful, scampering with head tosses after the bunny when he moved along. Pet rabbit finds a VERY unusual hiding place under a giraffe. 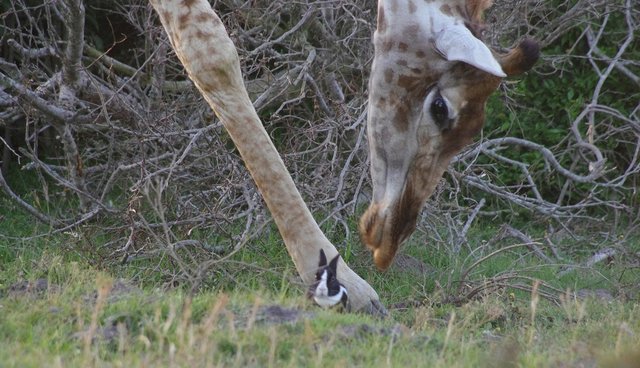 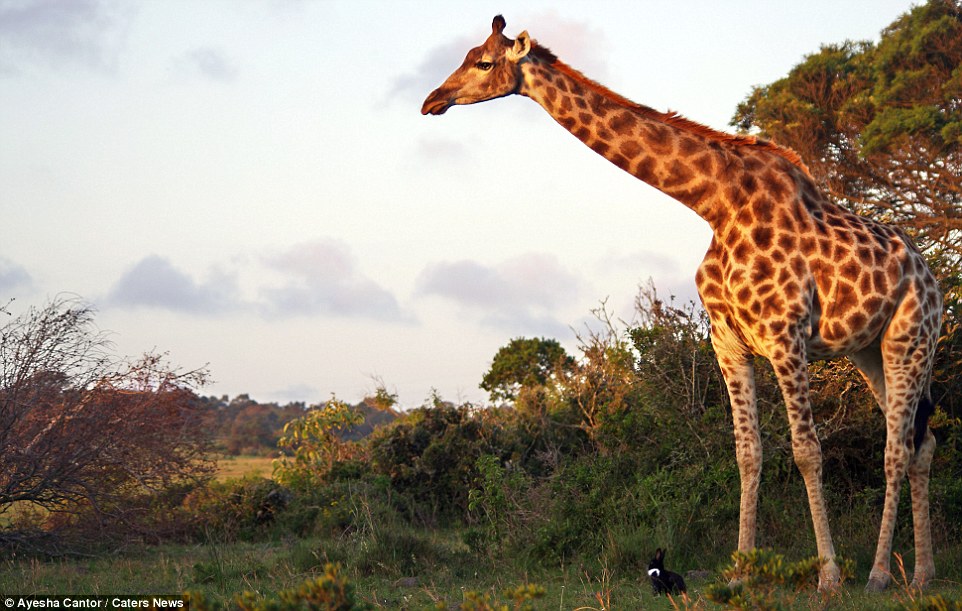 On closer inspection, she realises a small rabbit is casually nestled in the grass as the giraffe towers above it 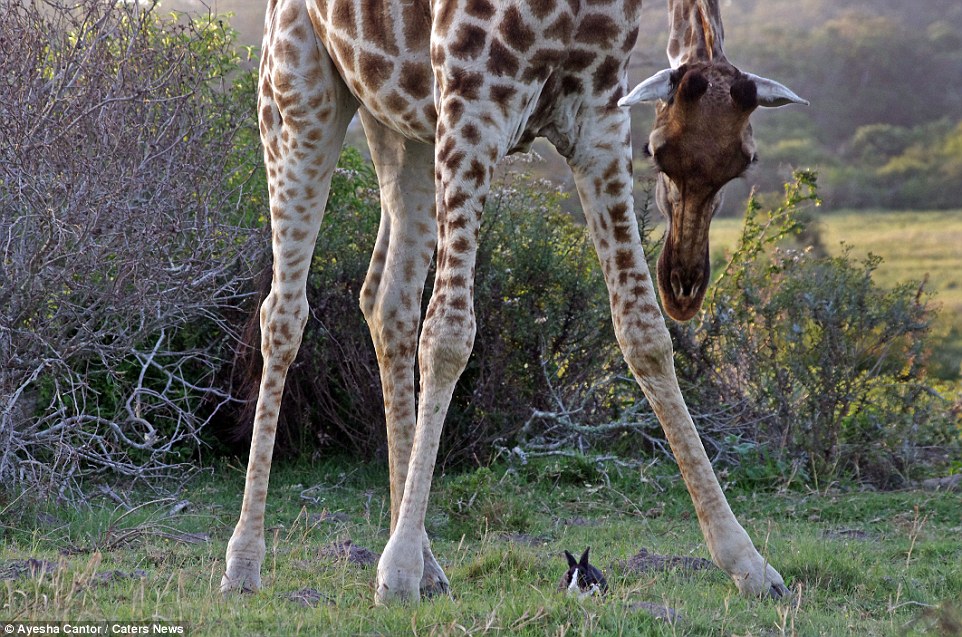 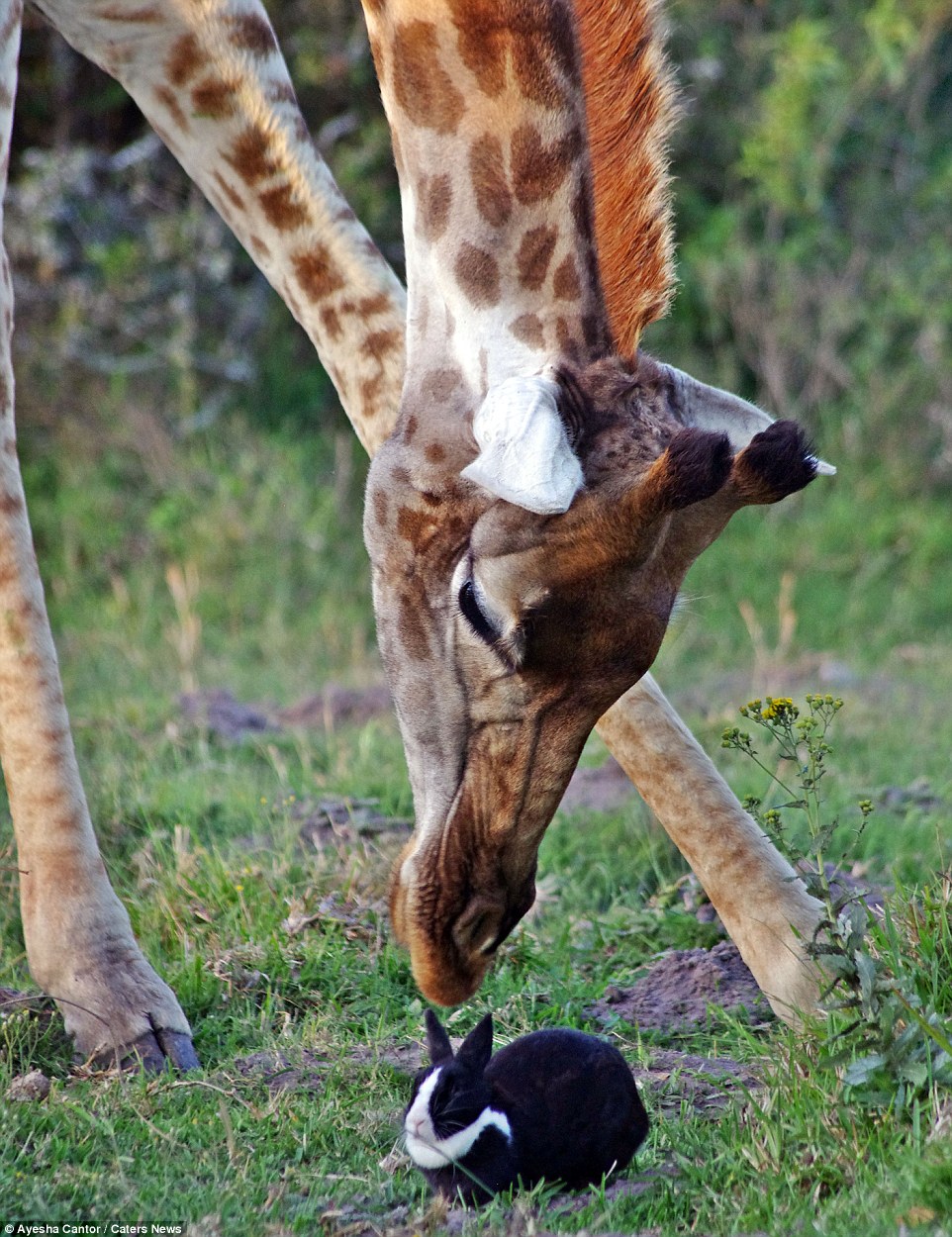 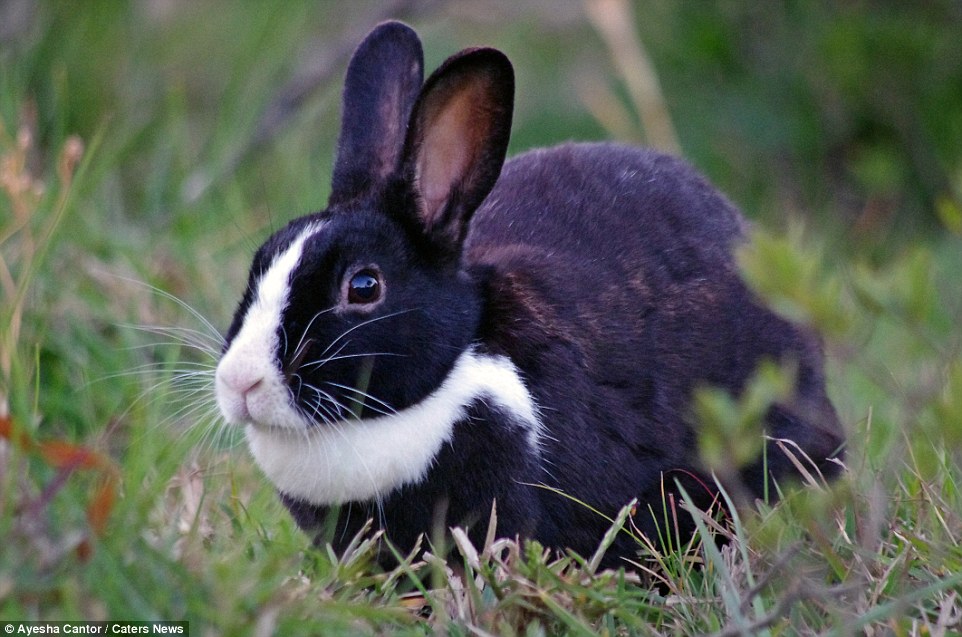 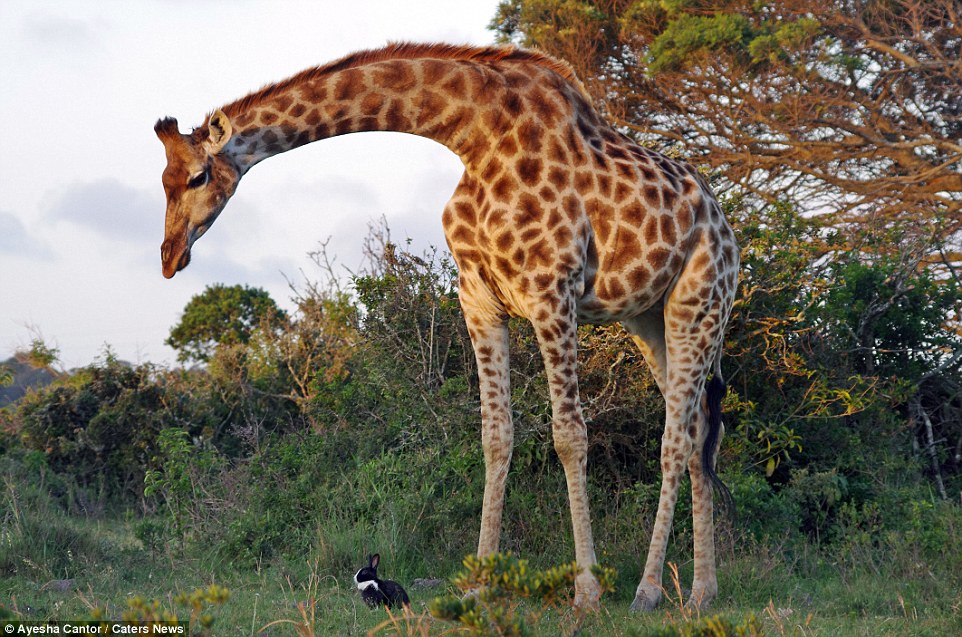 The photographer, who lives near the game park, says if a jackal or caracal had got their claws into the rabbit it would have been game over 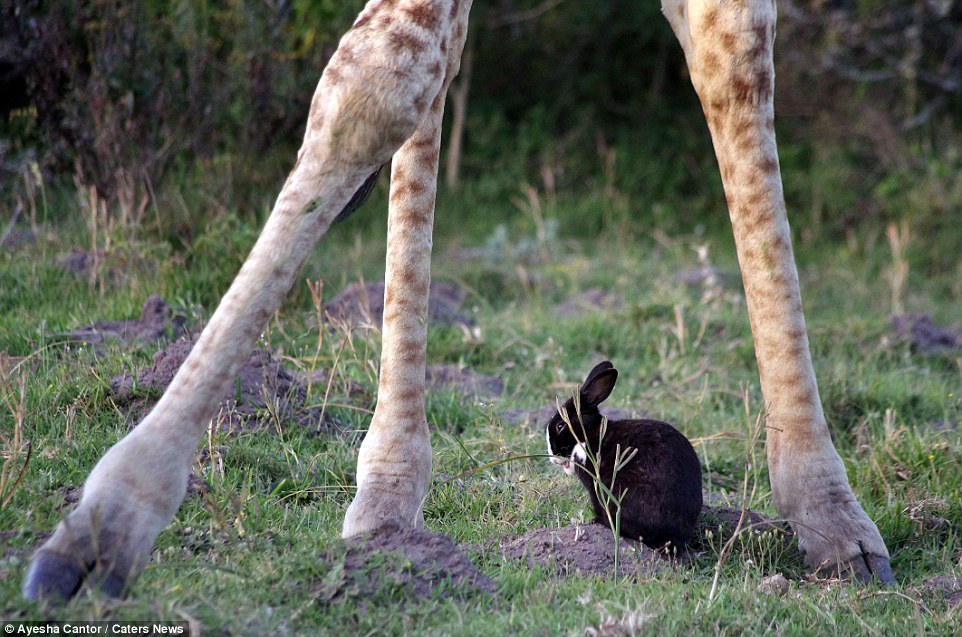 The rabbit seemed totally unfazed and even comfortable and relaxed under the feet of the giraffe, according to Ayesha 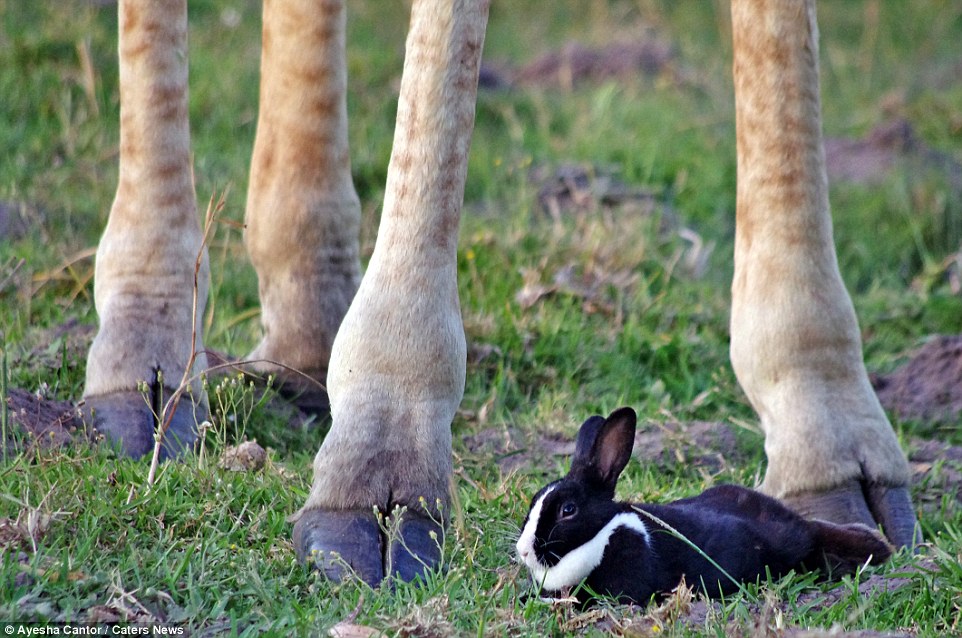 It’s hardly the classic outback scene that wildlife photographers expect to snap on safari – but this is the bizarre moment a giraffe appears to make friends with a domestic bunny rabbit.