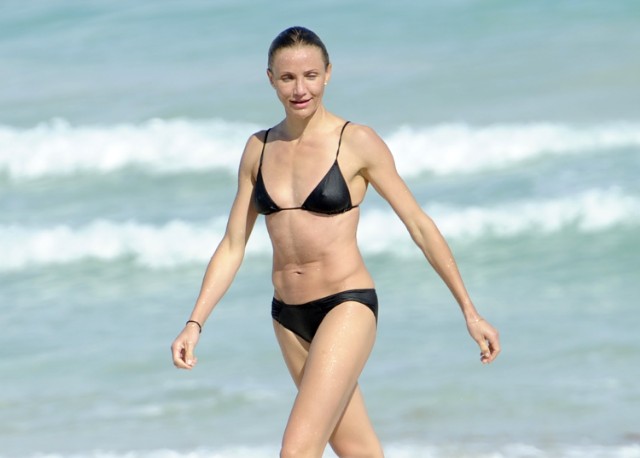 Cameron Diaz was showing off a near perfect figure during a recent stop in St. Barts where she was being photographed by Vogue. The 41-year-old appeared flawless as she paraded around a boat, eventually diving off of it, in a skimpy white bikini. 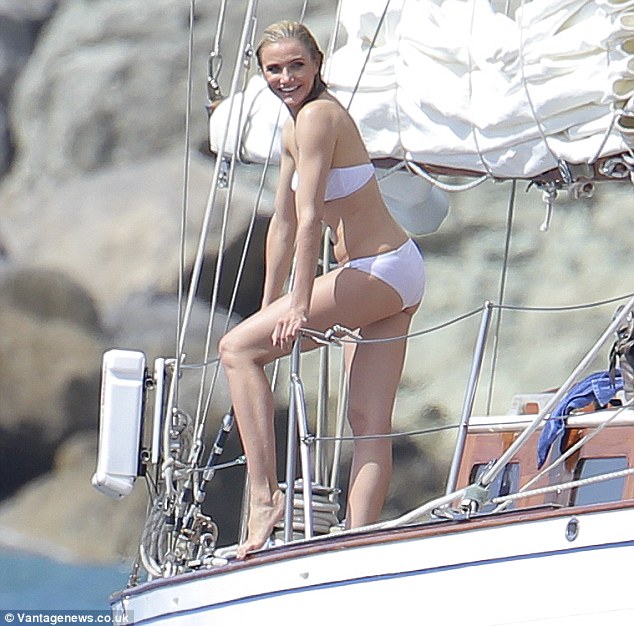 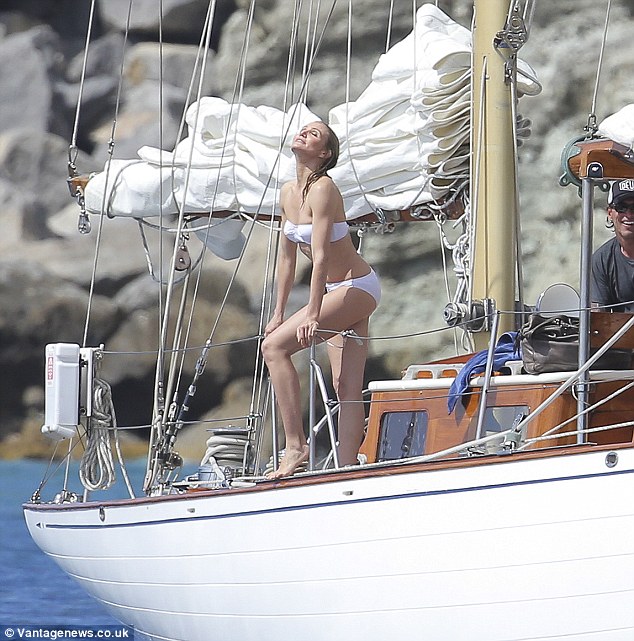 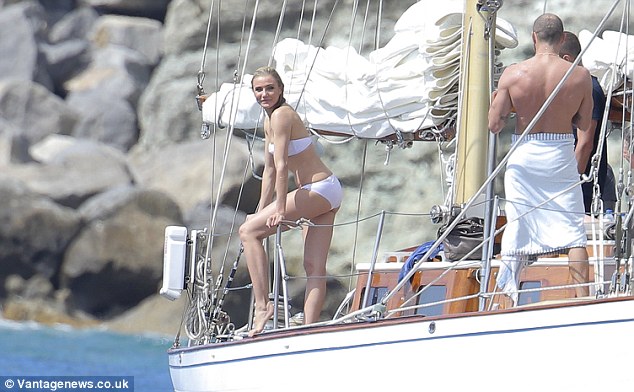 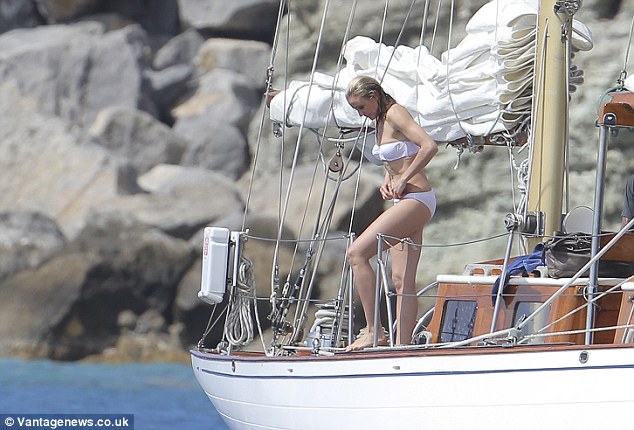 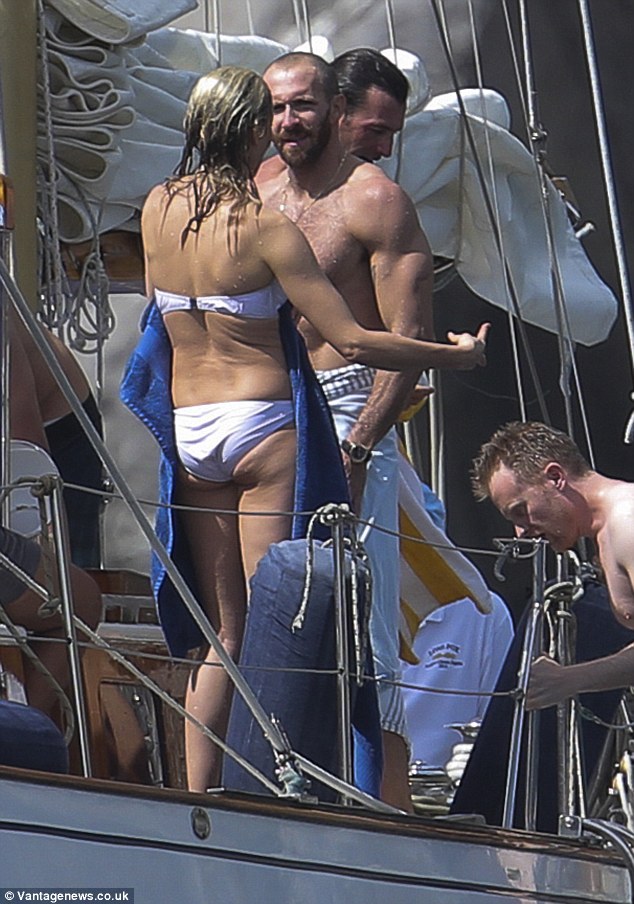 The blonde was careful to aim well as she pushed off 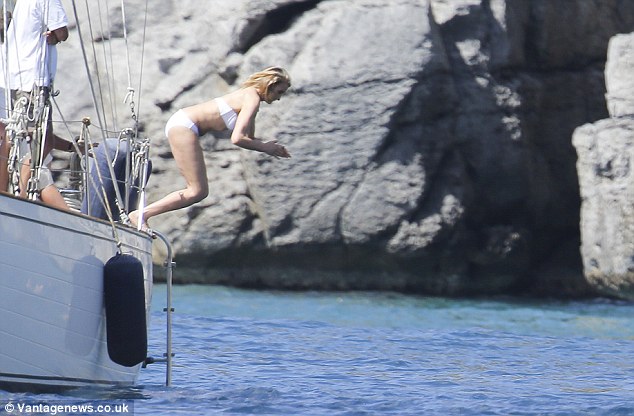 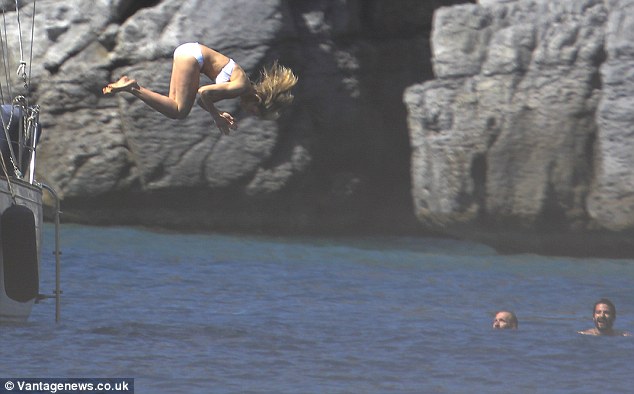 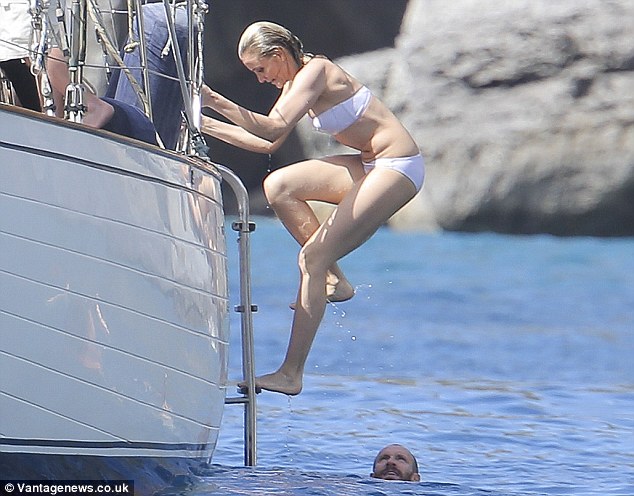 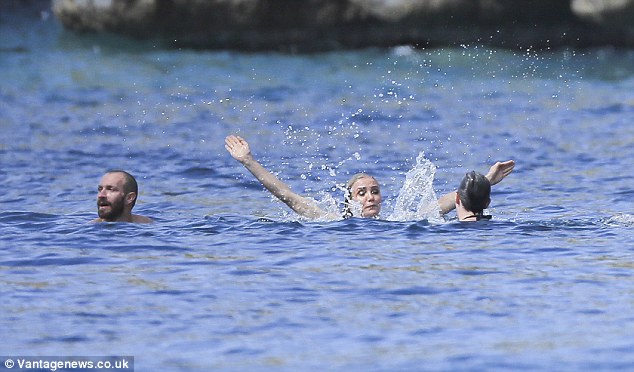 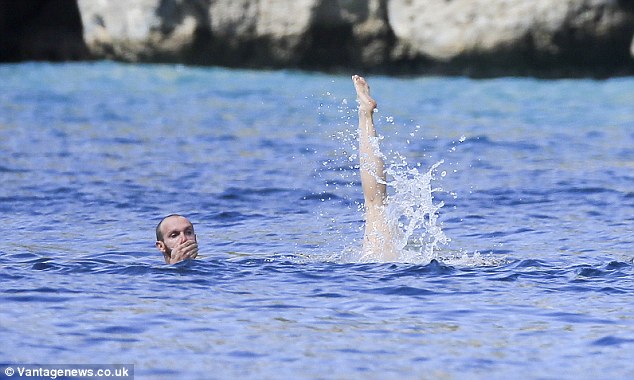 Cameron earlier taking a break from her fashion shoot 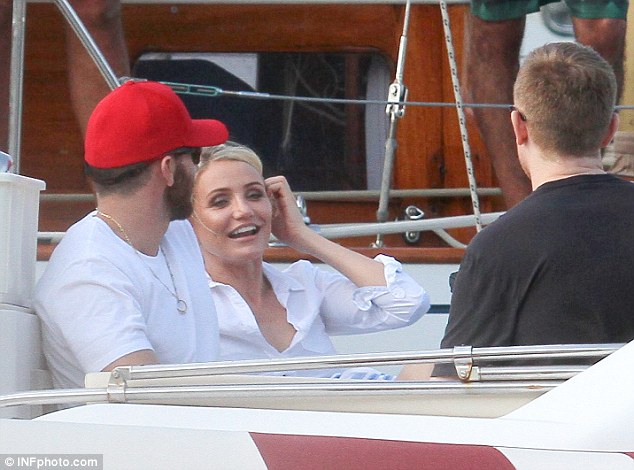