Usually firefighters are sent to rescue things from tall heights, not put them there themselves. Behold! One flying Trabant.

In 1957, the East German Trabant car was first introduced to the public. It was lightweight and made mostly of plastic. The leaders of East Germany envisioned it as communism’s answer to the VW Bug. Sadly, it was a colossal failure in terms of performance and safety. Still, it managed to survive the Cold War and now the vehicles are collectors’ items.

The firefighters in Oppin, eastern Germany, managed to elevate the Trabant just by using the pressure from the water. 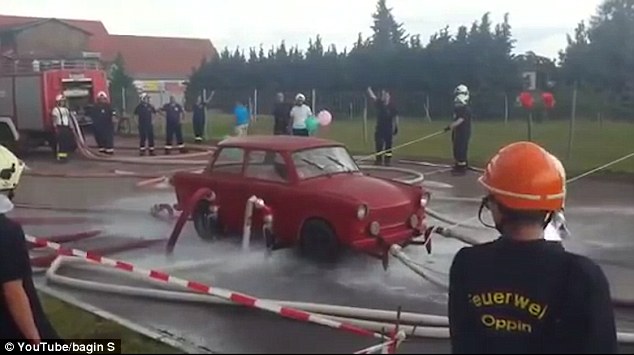 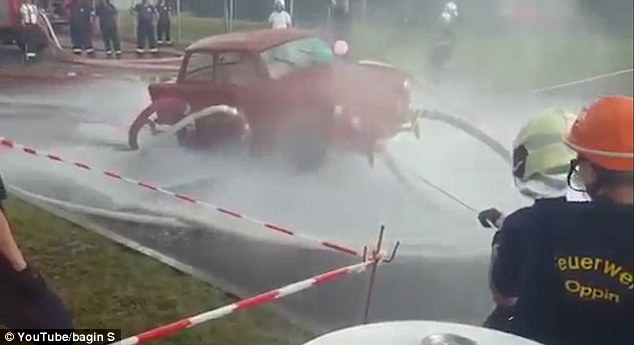 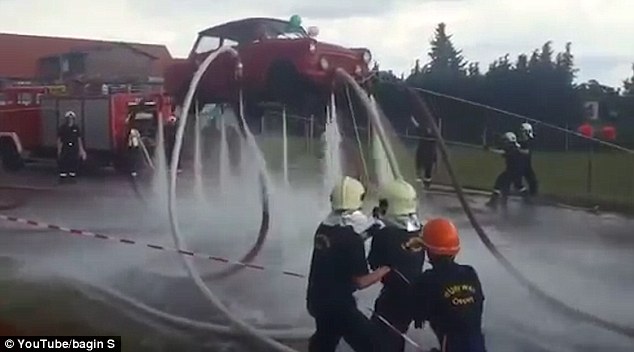 It was the East German’s People’s Car – the answer to the VW Beetle – and was incredibly basic, often having no brake lights or indicators.

The pollution-producing cars were powered by smoky, two-stroke engines and went from 0-62mph in 21 seconds and had a top speed of 70mph.