Home » Education » Super Blood Moon: Everything You Need To Know About The Lunar Eclipse 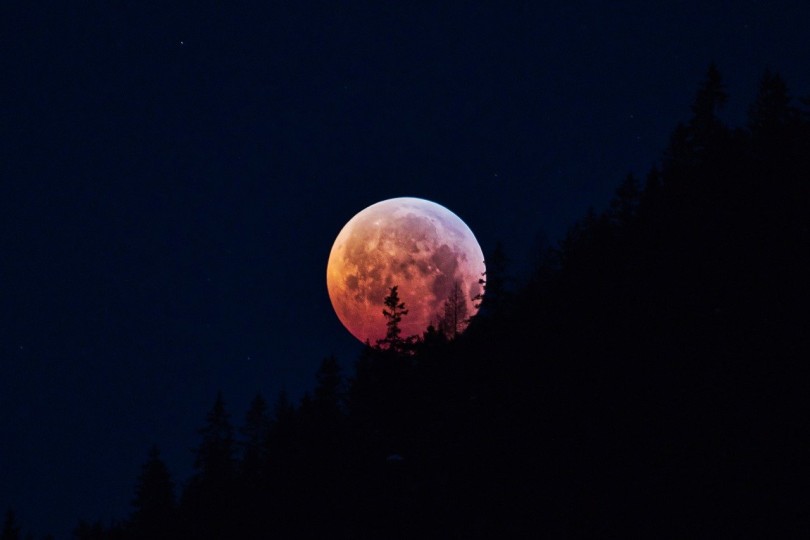 Throughout history, lunar eclipses have seemed dramatic. The Moon’s grey-white disc deepens to yellow and orange and finally a dark red cast – this gives a lunar eclipse its nickname of the blood Moon.

A total lunar eclipse will be visible from parts of Australia, Asia and the western parts of North and South America on May 26. This coincides with a supermoon – a point where the full Moon is closest to Earth.

What Is A Lunar Eclipse?

The physical causes of the lunar eclipse are more straightforward than illness, injury or bad luck. A lunar eclipse takes place when the Moon moves into the Earth’s shadow.

The Earth has to be directly between the Sun and the Moon, and a lunar eclipse can only take place during a full Moon.

First, the Moon moves into the penumbra – the part of the Earth’s shadow where not all of the light from the Sun is blocked out. Part of the Moon’s disc will look dimmer than a regular full Moon.

Where things get interesting – and strange – is when the Moon moves into the Earth’s umbra, where direct light from the Sun is totally blocked out by the Earth. This means the only light reflecting off the Moon’s disc has already been refracted, or bent, by the Earth’s atmosphere.

This refraction and scattering mean that only longer wavelengths of light reach the Moon and are reflected back to Earth. Red light has a longer wavelength than blue light, which gives the lunar eclipse its characteristic reddish colour.

On Earth, we see the same effect during sunrises and sunsets, when the sky has a more reddish glow than during the day.

During a total lunar eclipse, the whole of the lunar disc enters the Earth’s umbra, so lucky Moon gazers will be able to see a full, reddish Moon.

This won’t last forever, though. After about 14 minutes, the Moon will move out of Earth’s umbra and back into its penumbra. In total, the lunar eclipse will last a few hours.

How To Watch The Eclipse

Moon gazers will have a while to wait until the next lunar eclipse. On November 19, there will be a partial lunar eclipse that’s just about visible, low in the sky, with barely any of the Moon in the Earth’s penumbra.

But many may have better luck next year on May 16 2022, when there will be a total lunar eclipse, visible from the UK in the small hours.

As a non-profit newsroom, we rely on the support of readers like you. Please join the thousands of donors who value and support our work. Your donation will help us publish analysis and research directly from top experts on the issues that really matter.