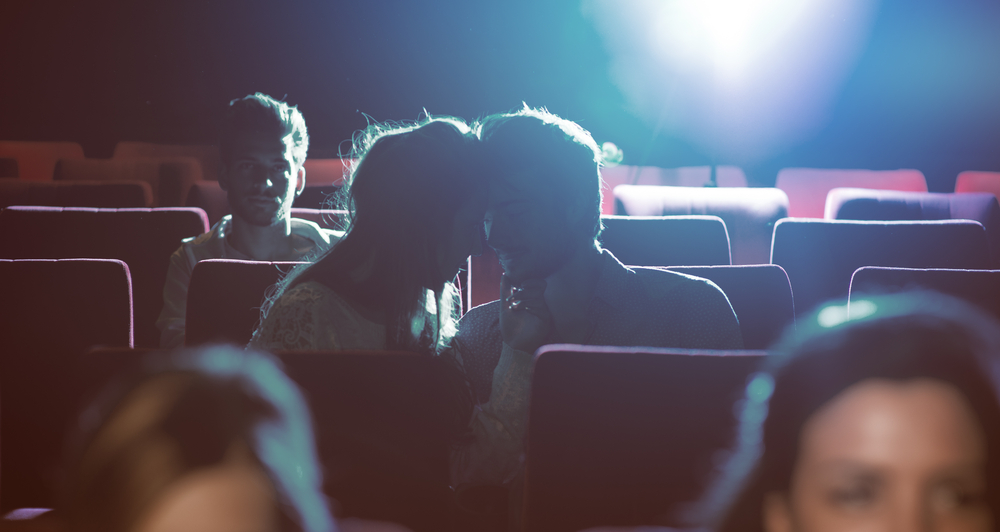 The motion picture industry keeps careful tabs of the industry’s failures and successes. Their research shows that, for movie-goers of all ages, the most popular types of movies are the romances.

Some romances focus clearly on romantic love while others combine the romance with a storyline of mystery, history, intrigue, comedy or another genre. Regardless of your preferences, it’s always a good idea to have a list of everyone else’s favorites when you’re deciding which movie you prefer to watch. Some of the top romantic movies of all times include:

Jeff and Beau Bridges are the brother act/piano duo of Jack and Frank Baker, They’ve been performing the same songs, in the same way and for the same type of people, for more years than either of them wants to remember.

When they audition for a singer to spice up the act she starts to spice up their lives as well. Susie Diamond (Michelle Pfeiffer) is a tough cookie who inserts herself into the brothers’ settled lifestyle and causes complications. Frank, a family man, worries that womaniser Jack will seduce Susie and then drop her while the audience is left to wonder whether Susie will succeed in taking care of herself and, ultimately, in taking care of Jack. The 1950s romantic comedy is worlds away from today’s mobile casino entertainment. The movie was Audrey Hepburn’s first, bringing her to the attention of the world and turning her into an overnight star. In Roman Holiday Hepburn is cast as Princess Ann, a European aristocrat who is overwhelmed and understimulated by her life of royal duties and expectations.

One night, on a state visit to Rome, she escapes the palace to explore the world of common folk. She is quickly spotted by reporter Joe Bradley (Gregory Peck) who is thrilled to show her around – and anticipates his resulting scoop. Bradley and the princess fall in love but they aren’t meant to go off into the sunset together and the end, when the princess returns to the palace and Joe forgoes his big story, is bittersweet.

3. Beauty and the Beast If you’re under the age of 8 you will enjoy the Beauty and the Beast cartoon but the new remake is just as enchanting for anyone from 8 – 80. The 2017 release is a live-action movie with all of the magic and charm of the original cartoon.

The film tells the fairy tale of Belle, a lovely young maiden, who wanders into the castle of a great beast who was turned into a hideous creature by an enchantress who was disgusted by his immoral behavior. The sorceress’s spell included the provision that the Beast could be returned to his previous form as a man if a young woman would kiss him.

Belle’s journey takes her through fear and loathing of the Beast to tender caring and, finally, the kiss that restores him to his true self. The couple’s story is accompanied by animated teacups, candlestick holders and furnishings that care for the Beast throughout his travails and experience his joy through their own transformations at the movie’s end. 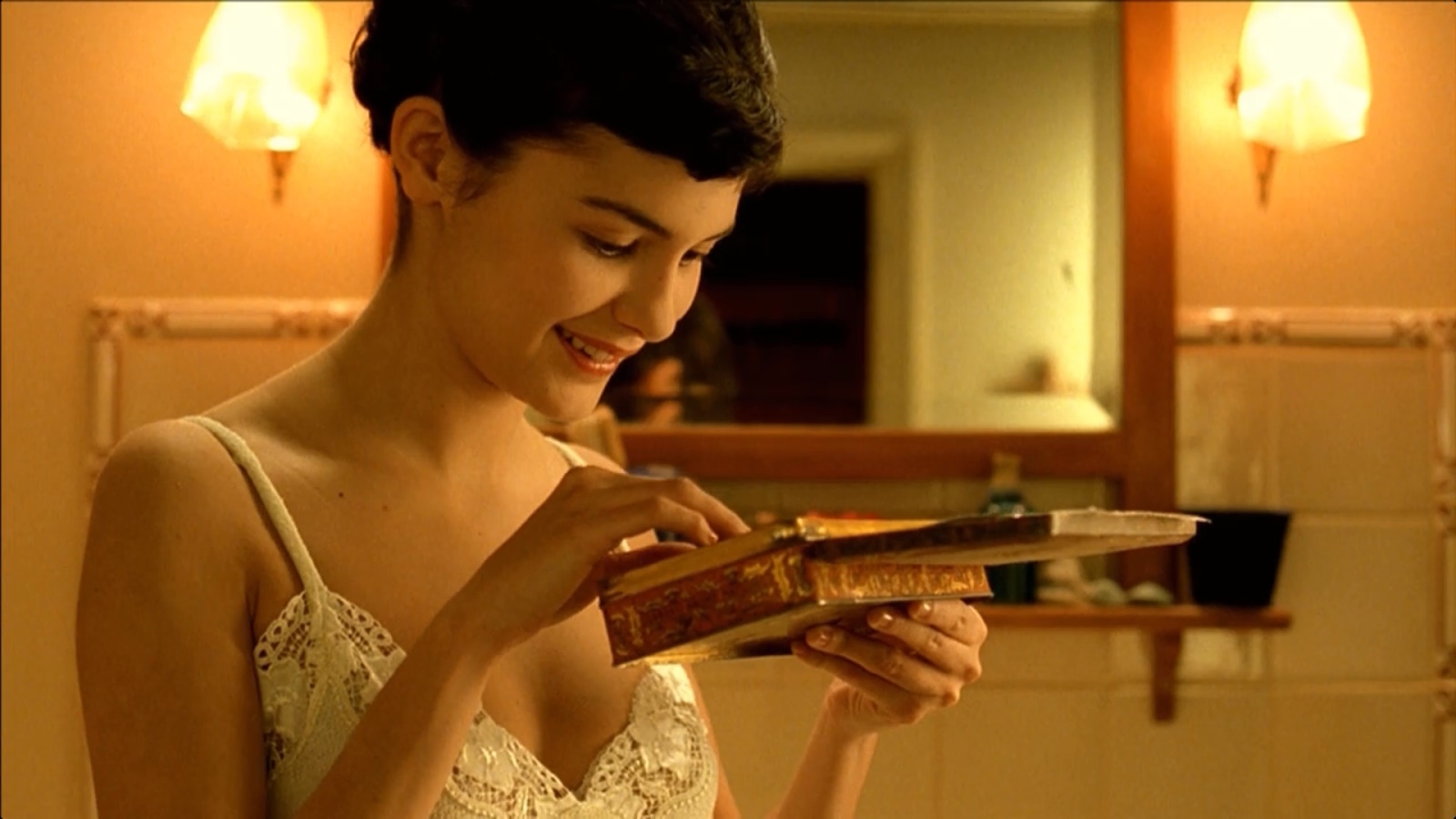 Amelie is a Parisian romance that stars actress Audrey Tautou as a shy waitress who has lived her life in isolation. At age 18 Amelie begins to explore the outside world through her work as a waitress. A chance occurrence shows her that she can, through her efforts, bring great joy to others so she decides to devote her life to doing just that.

Her complex schemes touch each person – including her father, who had been a recluse since the death of his wife a dozen years previously – in a different way. Amelie sees that she has a gift that allows her to make a positive impact on the lives of others that goes beyond what she had ever dreamed of.

5. Gone with the Wind

Gone with the Wind set the bar high for all future dramas and romances. The epic movie tells the story of old-world playboy Rhett Butler and feisty Southern belle Scarlett O’Hara whose wild affair and marriage is played out in the era of the Old South.

The passion that the movie explores, both brings together and undoes, the main characters who are more alike in their pride and stubbornness than they are different. Set against the historical backdrop of the Civil War and Reconstruction, the film follows the tale of Scarlett through passion, betrayal, lust, envy, joy, anger and determination. Never, however, reflection.

This Bogart-Katherine Hepburn romantic adventure follows a steamboat ride undertaken by a feisty Methodist missionary and a boozy old Africa hand. Hepburn plays Rose, whose mission was burned down by German troops. Her brother dies as a result and she is forced to escape, with the only method being to journey on a dilapidated river steamboat ‘African Queen‘ that’s operated by jaded Charlie Allnut.

As they embark on the difficult journey, Rose searches for a way to help the British war effort and avenge her brother at the same time. She decides to torpedo a German gunboat and convinces Charlie to help her. The two unlikely companions, who can’t get on each other’s nerves enough, build their own weapons and go off in search of the Louisa warship.

The journey ends with capture though by that time Charlie and Rose have fallen in love. Minutes before being executed the two are married by the German captain and as the executioner prepares to do his work the gunship explodes and Charlie and Rose swim together to shore. No one but Humphry Bogart and Katherine Hepburn could pull of how the mutual animosity turns to love.

When Francesca Johnson’s (Meryl Streep) son and daughter return home to Madison County to oversee her funeral arrangements, they expect to lay her body beside that of their father. They are shocked to learn that Francesca’s last wishes were to have her ashes scattered from the Roseman Bridge.

When they find Francesca’s diary they learn that years prior, she met and fell in love with a National Geographic photograph