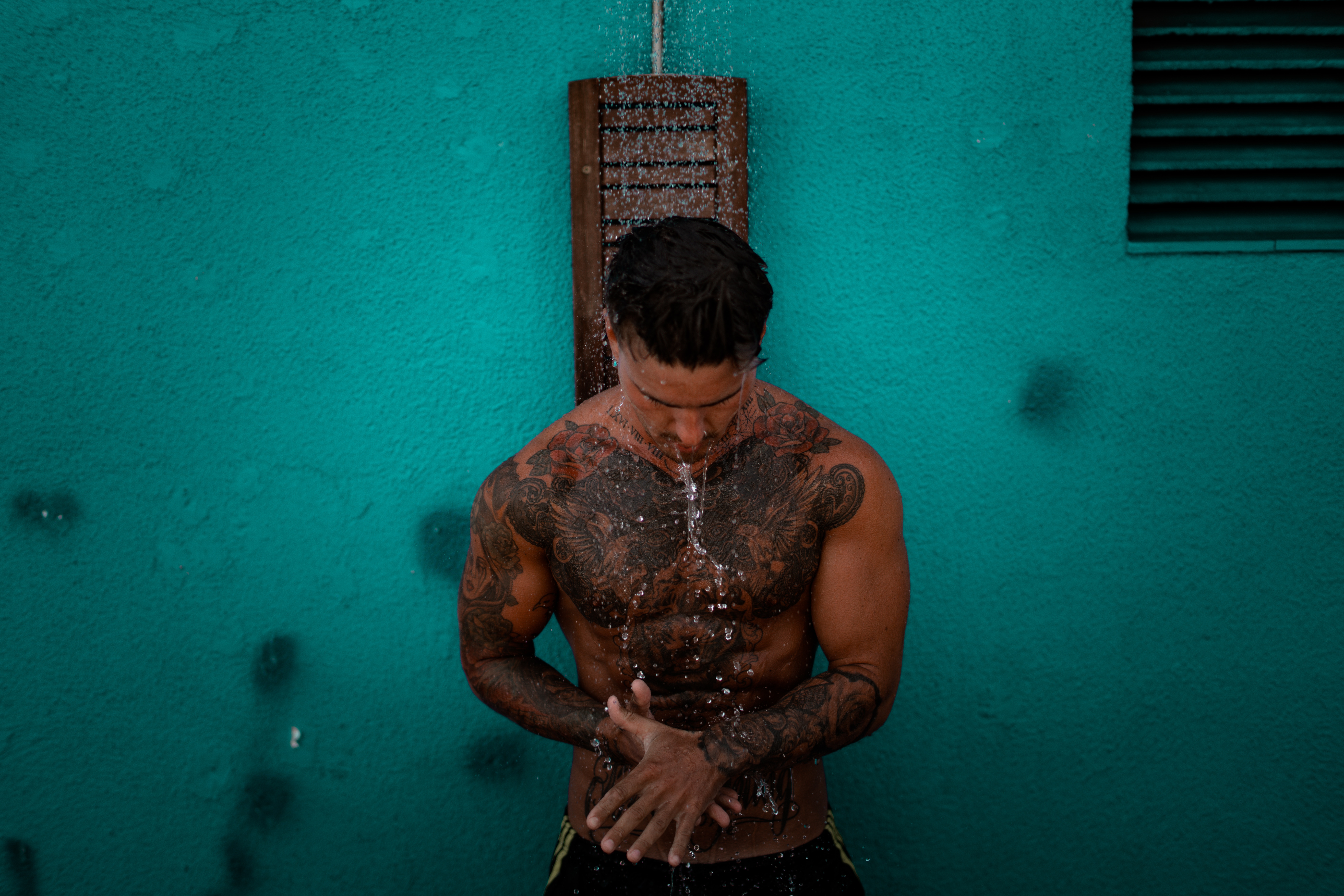 Tattoos have become a major component of athletes’ style. It’s no surprise that professional athletes have become inked idols. Their appearance is an important part of their competition.

The style of professional athletes can be used to simultaneously express their style, intimidate the opponent, represent their backgrounds, signify unity, and symbolize their achievements. Fashion has become an important element for competitive athletes, especially as athletic wear has become an increasingly style-conscious market.

Establishing individuality while in a uniform is challenging, but tattoos allow athletes to stand out. In a world where advertisers are necessary, tatted professional athletes face judgment from franchise owners looking to make their teams marketable.

Tattoos may be embraced by the players and the fans, who are often inspired to get tatted themselves, but there is still reluctance on the part of professional sports establishments.

1. Sydney Leroux and the Cherry Tree

Leroux is a professional soccer player, Olympic gold medalist, FC Kansas City forward, and tattoo enthusiast. She began collecting tattoos at the age of 13 when her mother said if she scored 10 goals at national, she could get inked.

She scored 13 goals, earning her first tattoo. Though she has many tattoos, they all have a common theme. All are meant to honor her mother. One, in particular is a large, black cherry tree with massive blooms over the figure of a mother and daughter.

The scene is inspired by a moment she shared with her mother when they came across a dead cherry tree that still boasted beautiful blooms. Leroux found poetry in that moment and had it tattooed on her back to commemorate the moment.

James offers many possible entries for this list as he has upwards of 40 tattoos. James’ tattoos are obviously meaningful to him, but few of them resonate as deeply with so many as his 330 tattoo.

The number is the area code of James’ hometown, Akron, Ohio. The tattoo was first spotted on his right forearm at the beginning of his fourth season in professional basketball. At the time, James was the pride of Akron who made it big playing for the Cleveland Cavaliers.

The simple tattoo demonstrated the love he had for his hometown. Later, after James had made a very public spectacle of transferring to the Miami Heat in 2010 and losing his reputation of hometown loyalty, James once again used ink to signal his feelings about his hometown.

In 2013, a year before he announced his return to Cleveland, the name of his hometown was scripted across the front of his shoulder. Much like the 330 tattoos, this one was simple, especially compared to James’ other tattoos, but meaningful.

De Jong’s intricately planned and artfully displayed tattoos span from his torso to his hands. The professional footballer, a defensive midfielder for the Turkish football club Galatasaray and the national team of the Netherlands, is unique among tattooed athletes.

While many athletes have body-covering tattoos, de Jong’s are unified under a single theme and consistent design. The tattoos were designed by Ade Itameda, an artist, who heavily relied on traditional Indonesian designs and patterns to create a warrior-like effect.

The resulting tattoos are not just cool, they’re a beautifully cohesive piece of art that allows de Jong to approach the field with the mindset of a warrior. 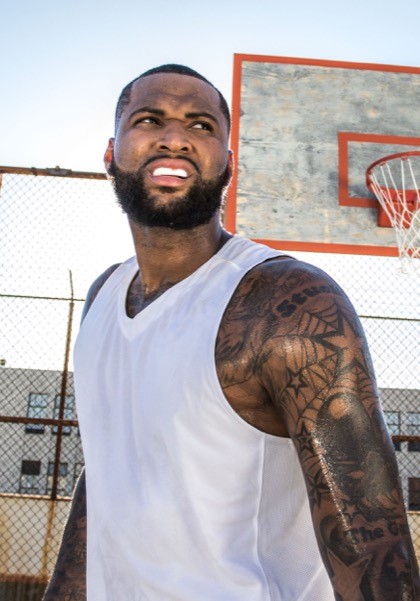 The New Orleans center has more tattoos than he can keep track of, but his goal is to only have one. Cousins is working on making all of his ink into a single tattoo that spans his entire body.

But no matter how many tattoos Cousins boasts, he has one that is his favorite: a portrait of his mother on his right forearm. Cousins credits his mother with his successful basketball career and wanted to honor her for encouraging him to take up the sport.

The distinctive tattoo on the upper arm of the now-retired power-forward depicts two Egyptian gods, Akhenaten and Nefertiti, and his three children. Wallace had the tattoo designed in 1998.

Wallace’s interesting tattoo, which makes use of bold and simple lines, became famous for more than being visually interesting. When it was prominently displayed in a commercial in 2005, the tattoo artist brought forth a lawsuit claiming ownership over the design.

Although the issue was settled out of court, it sparked a debate about tattoo ownership that has yet to be fully resolved.

6. Simone Biles Puts Some Rings on It 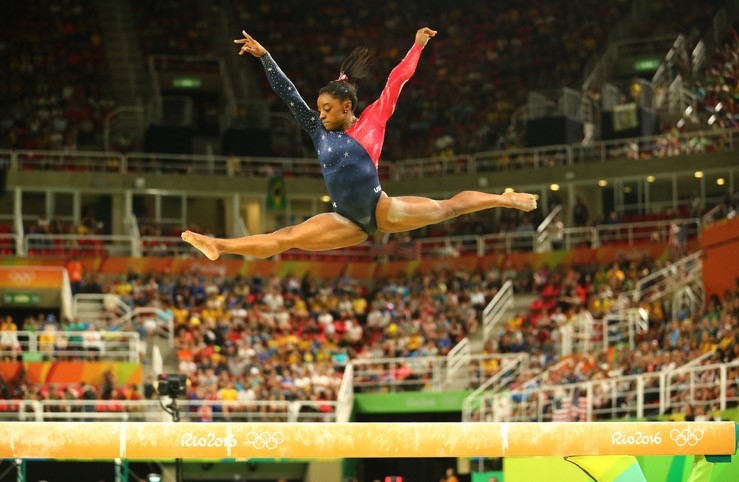 If there was ever a tattoo earned, it is the simple Olympic rings tattoo Biles has on the outside of her right forearm. The gymnast was a member of the gold medal-winning team referred to as the “Final Five” and took home four gold medals in 2016, a record for American female gymnasts in a single Games.

Though it is her first tattoo, the simple rings are symbolic of the hard work and tireless training that resulted in a record-breaking number of gold medals.

7. Colin Kaepernick and his Kissable Tattoos

The San Francisco 49ers quarterback loves his tattoos but hates being judged. Kaepernick’s collection of tattoos dates back to college since he wasn’t allowed to have them done while living at home per his father’s rules.

The multitude of tattoos are religiously inspired and gracefully flow together to maintain a consistent style. Kaepernick believes tattoos allow people to memorialize key moments or events in their lives and serve as a reminder of strength.

What he doesn’t believe is that tattoos warrant judgment. Kaepernick chose an interesting form of retaliation against judgement he received: he began kissing his arm tattoos after scoring a touchdown. Kaepernick’s tattoos are stylish and meaningful, and his response is fighting stereotypes.