He set to become a dad for the fourth time after his girlfriend Georgina Rodriguez announced she is pregnant with their first baby together and Cristiano Ronaldo proved he can still set hearts aflutter when he stripped down to his pants for his sexiest underwear campaign yet for his fashion label.

32 old Cristiano Ronaldo stripped down his impressive athletic abs when he slipped his muscular body into the skimpy boxer shorts. 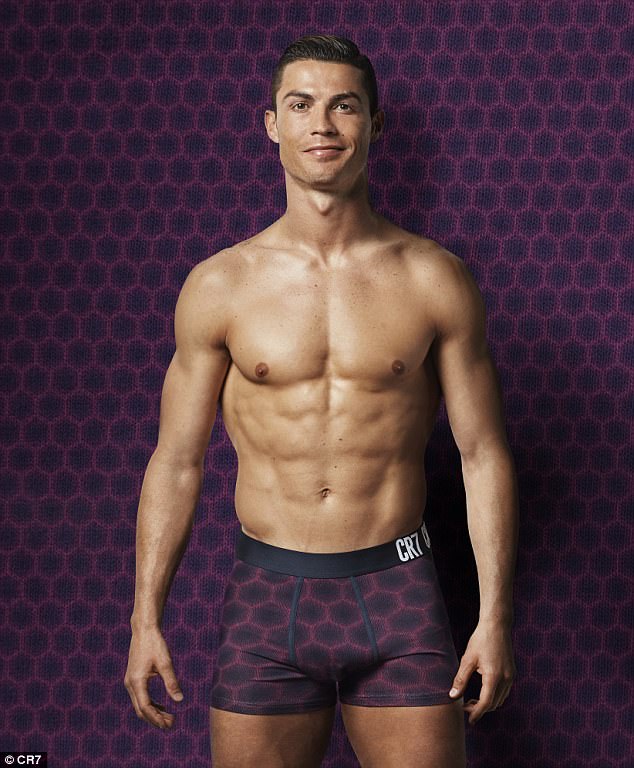 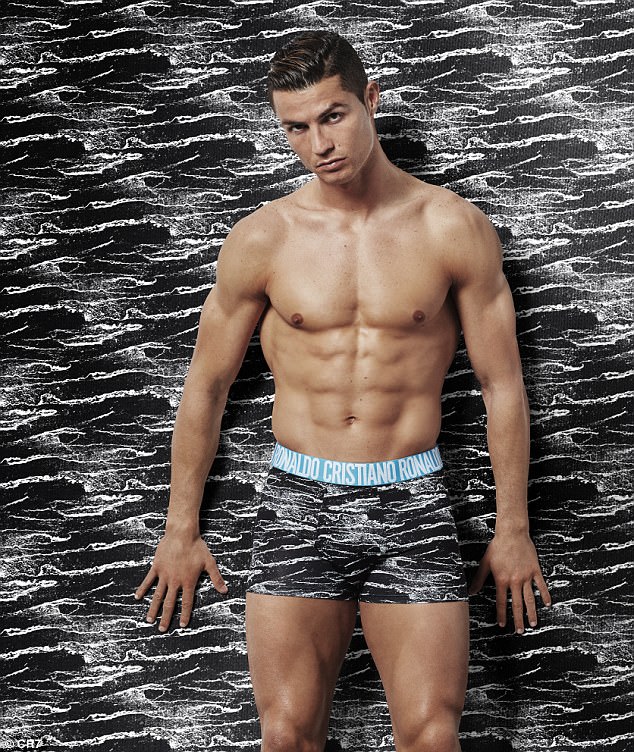 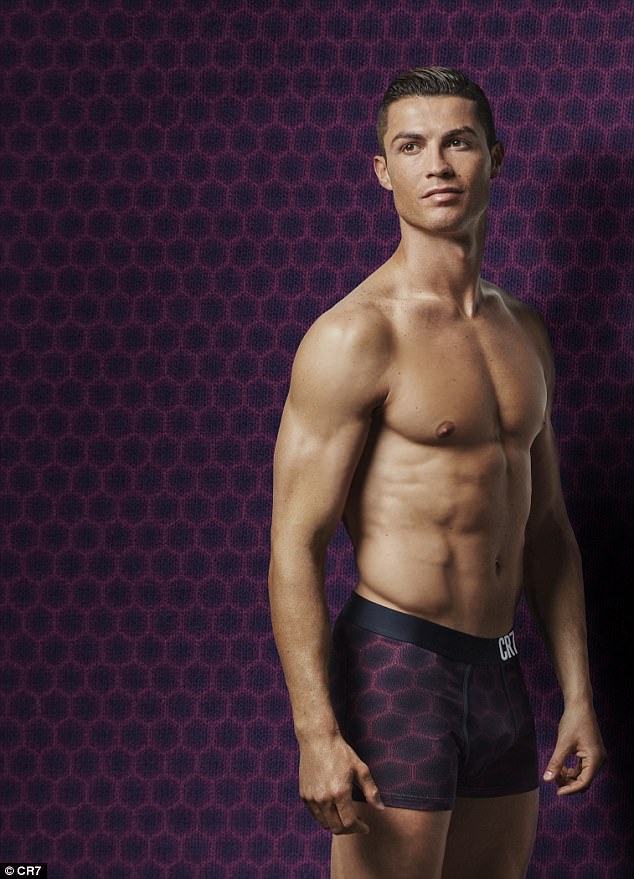 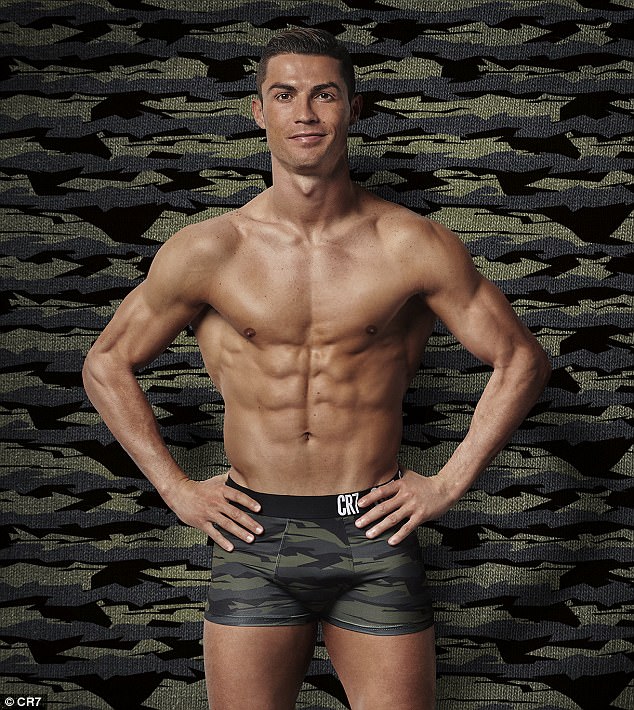 Cristiano pictured with his pregnant girlfriend, son Cristiano Junior and his newborn twins Eva and Mateo 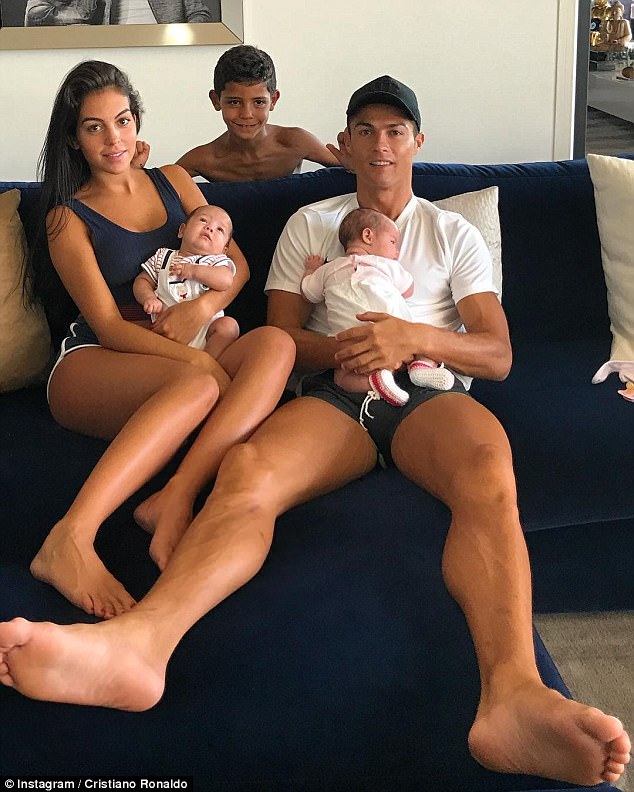 Cristiano Ronaldo vacations on a jet ski in St. Tropez