In an adorable clip, this overprotective baby rhino did not want his mother to be touch as he was filmed trying to push two vets away. 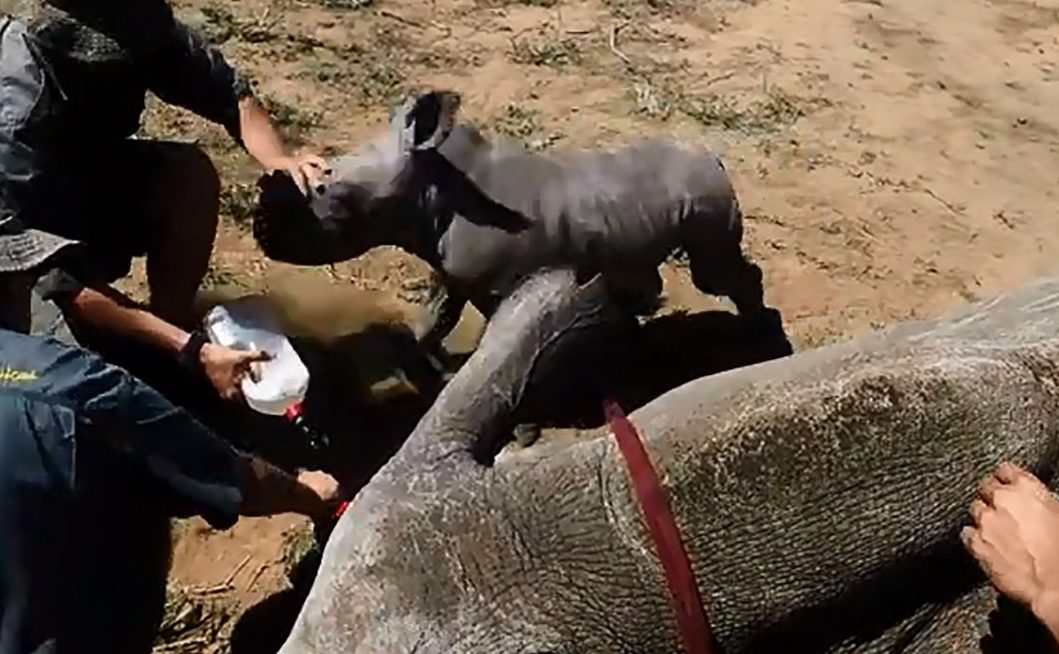 Initially, the baby can be seen watching on as his mum is prodded by vets. But there’s only so much he can take – and a few seconds later he rams his nose into them.

The footage shows the baby rhino snuffling and running with his head down into the pair as they tried to treat it’s mothers dislocated toe. While her baby is busy trying to fend off the vets, the mother rhino is laid out on the ground and appears oblivious to the fuss her offspring is causing.