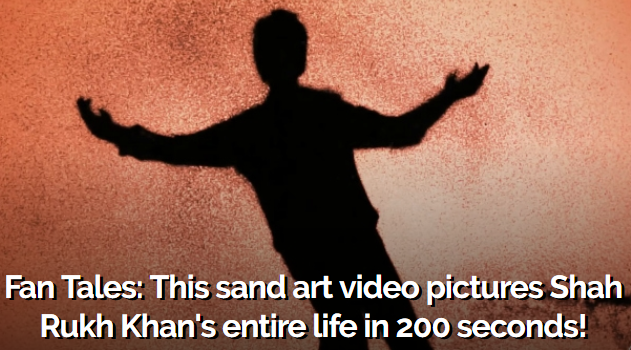 Bollywood superstar Shah Rukh Khan’s FAN is hitting the theater on April 15. However prior to the big release, there is much to rejoice for his huge fan following across the globe.  A sand art video capturing  50 glorious years of King Khan has gone viral on social media.

Directed by Rahul Arya, the video beautifully showcases the complete essence of SRK’s journey in 200 seconds.

Truly a beautiful gift to Shah Rukh Khan and his fans!

Arrival Of The King Of Romance With DDLJ

Have something to add to this story? Share it in the comments.