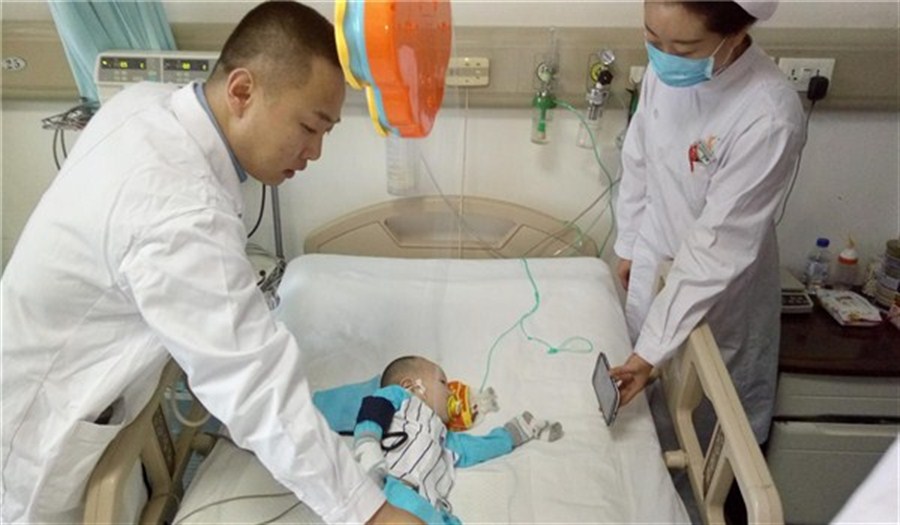 This was done by  Zhang Xueqin, the surgeon, who performed a surgery on the little baby on March 11 in the northeast China’s Jilin province .  The boy weighed 5.6 kilograms before surgery. He experienced shortness of breath after birth and was diagnosed with CHD. The defect was very rare and complicated. The tiny patient suffered from total pulmonary venous anomalous drainage, which means all four of his pulmonary veins were malpositioned. He also had an atrial septal defect, causing blood to flow between the upper chambers of the heart.

To save the child, Zhang and his team turned to 3D printing. A full-sized heart replica modeled the boy’s cardiac structure and helped the doctors plan the operation. “With the model, we were able to know precisely where and how we should cut, and how big the incision should be,” said Zhang. “And with such a thorough plan, we spent only half the time we had expected to complete the surgery.”

China’s first cardiac surgery using 3D technology is believed to have been on July 21, 2015, on a nine-month-old boy with CHD in east China’s Jiangsu Province.

Will the more use of  3D-printed technology be helpful in curing other diseases in future? Share your comments.