US presidential candidates Donald Trump and Hillary Clinton went head-to-head in the first live televised debate on issues relating to ISIS, war on terror, taxes, economy, temperament and more, with the two contenders constantly interrupting one another with snide remarks. 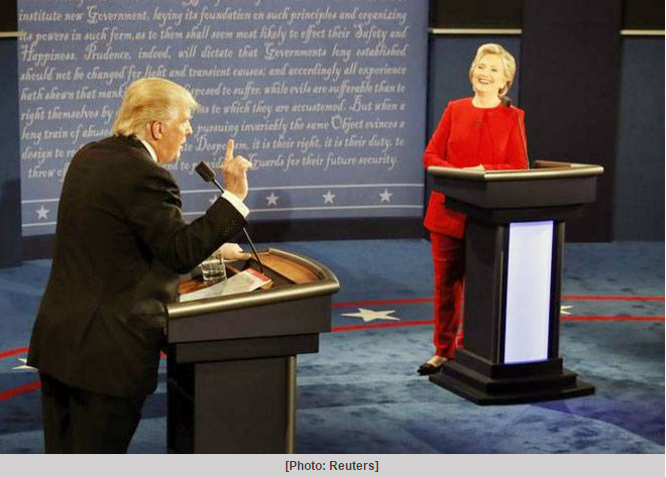 Here are the 10 key take aways:

1. Jobs And The Economy

The candidates kicked off with different approaches to the first question on Americans’ wealth and work, with Mrs Clinton looking to future policies while Mr Trump targeted the Democrats’ record in government.

Mrs Clinton noted that it was her granddaughter Charlotte’s second birthday as she pledged to achieve gender parity in the workplace and increase taxes for the wealthy.

Mr Trump said the US had lost jobs to Mexico and industry to China and promised to revive the US economy by lowering taxes, cutting regulation and renegotiating trade deals. 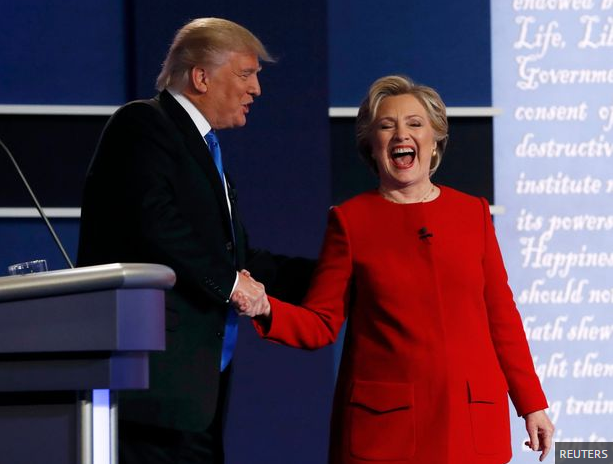 Mrs Clinton admitted she had made a mistake by using a private email system during her tenure as US secretary of state.

Mr Trump said he would only disclose his tax affairs if his rival releases the “33,000 emails” deleted from her private server.

However Mrs Clinton accused Mr Trump of hiding “something terrible”, suggesting he may not be as wealthy as he claims, pay a low rate of tax or give smaller charitable donations than he has claimed.

Mr Trump denied saying climate change was false despite having tweeted in January 2014: “Snowing in Texas and Louisiana, record setting freezing temperatures throughout the country and beyond. Global warming is an expensive hoax!”

The candidates were asked how they would heal race relations in the wake of police shootings that have provoked outrage across the US. Mrs Clinton said gun violence is the leading cause of death among young African-American men and tackling the “plague of gun violence” is critical.

The pair clashed on “stop and frisk” laws, with Mr Trump claiming a judge’s ruling that the practice was unconstitutional was wrong.

Mr Trump recently dropped a conspiracy theory that Barack Obama was not born in the United States and was therefore ineligible to serve as president.

In the debate Mr Trump blamed Mrs Clinton for starting the false claim that Mr Obama was born in Kenya and said that he was instrumental in achieving the certificate’s release.

Mrs Clinton accused her rival of spreading a “racist lie” that our “first black president” was not an American citizen.
6. Gender

During an exchange over her ability to cope with the physical demands of the job, Mrs Clinton referred to an episode between Mr Trump and US chat show host Rosie O’Donnell. “This is a man who has called women pigs, slobs and dogs,” the Democrat said. 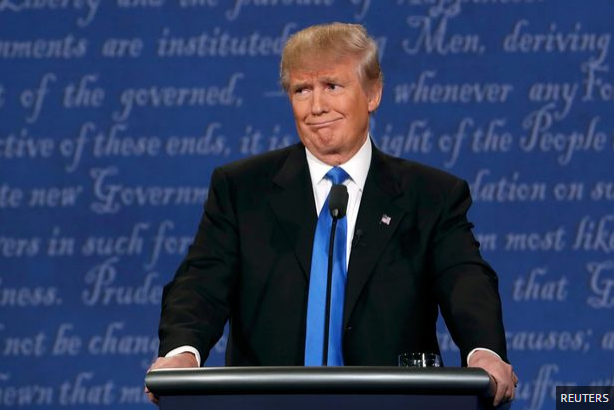 On a rare point of agreement between the candidates, Mr Trump said he supported Mrs Clinton’s view that people on watch lists or no-fly lists should have restrictions on their ability to buy guns.

“We have to look very strongly at no-fly lists and watch lists,” the tycoon said.

Mr Trump said he would not use America’s nuclear arsenal unless the US was struck with warheads first.

However he also said he “can’t take anything off the table” and referred to issues with Iran and North Korea.

The candidates were quizzed on their views on cyber security, with a focus on Russia.

Mrs Clinton said the US “is not going to sit idly by” and let hostile nations attempt to hack public or private information.

He simply replied “wrong” when the comments were raised.
9. Terror

He first accused Mrs Clinton of leaking tactics to Islamic State on her campaign website and criticised the Obama administration for the ascendancy of the terror group.

The Democratic candidate said she is hopeful that IS will be eradicated by the end of the year – with taking out its leaders her top priority in office.

In the wake of several deadly terror-related incidents in the US, Mrs Clinton said her rival had “consistently insulted Muslims abroad, Muslims at home”, while people from within the Muslim community would be key to fighting terror.

After Mrs Clinton revealed earlier this month that she had been diagnosed with pneumonia, Mr Trump questioned whether she had the stamina to be president.

“You have so many different things you have to be able to do and I don’t believe Hillary has the stamina,” he said.

Mrs Clinton said Mr Trump should not talk about stamina until he has tried out the busy schedule she kept up as secretary of state.