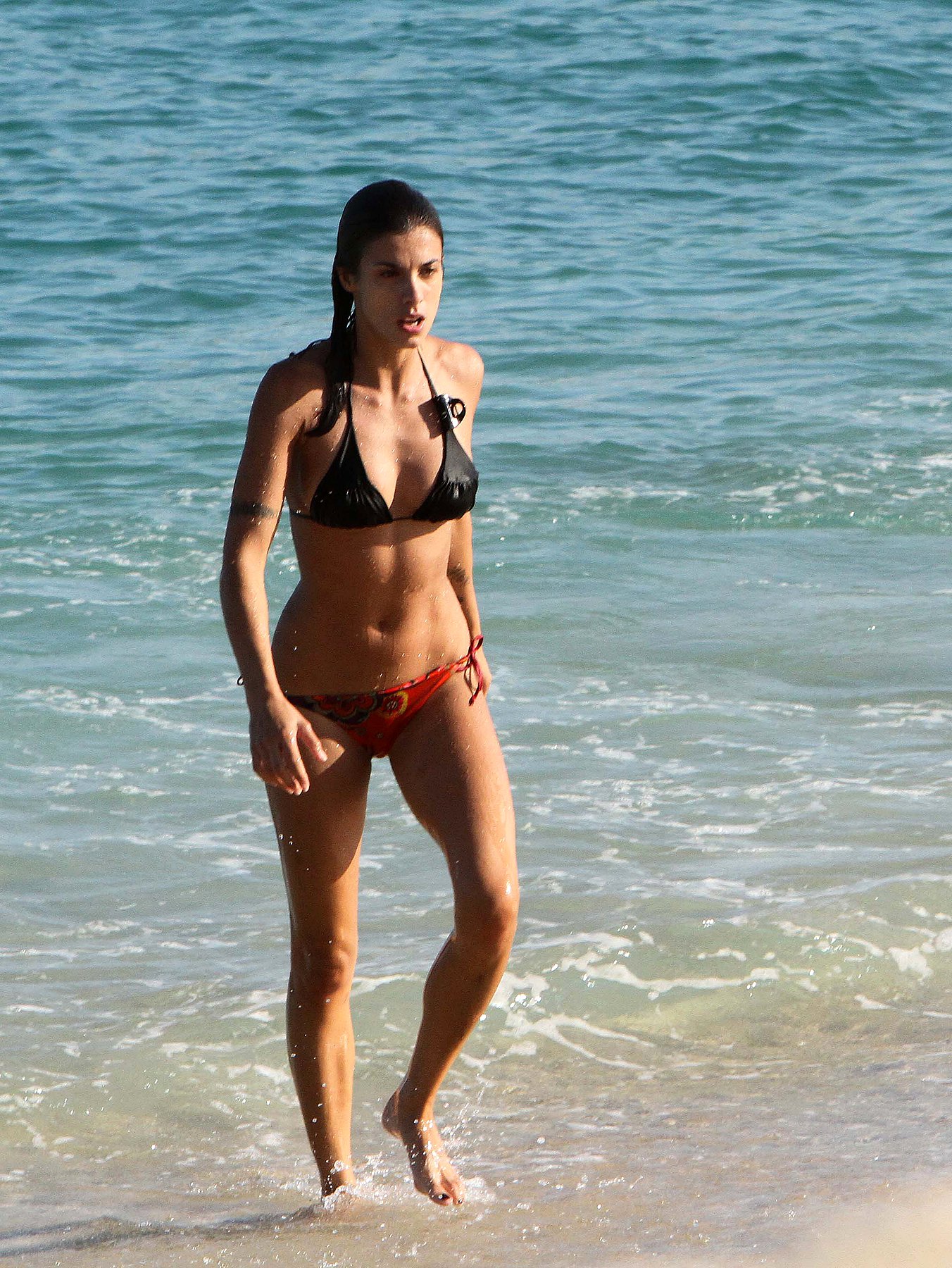 Elisabetta Canalis was back in her bikini to hang out with girlfriends on a yacht docked near Cannes this morning. She’s enjoying the social side of the city’s film festival, which is taking place not too far from her home base in Italy. 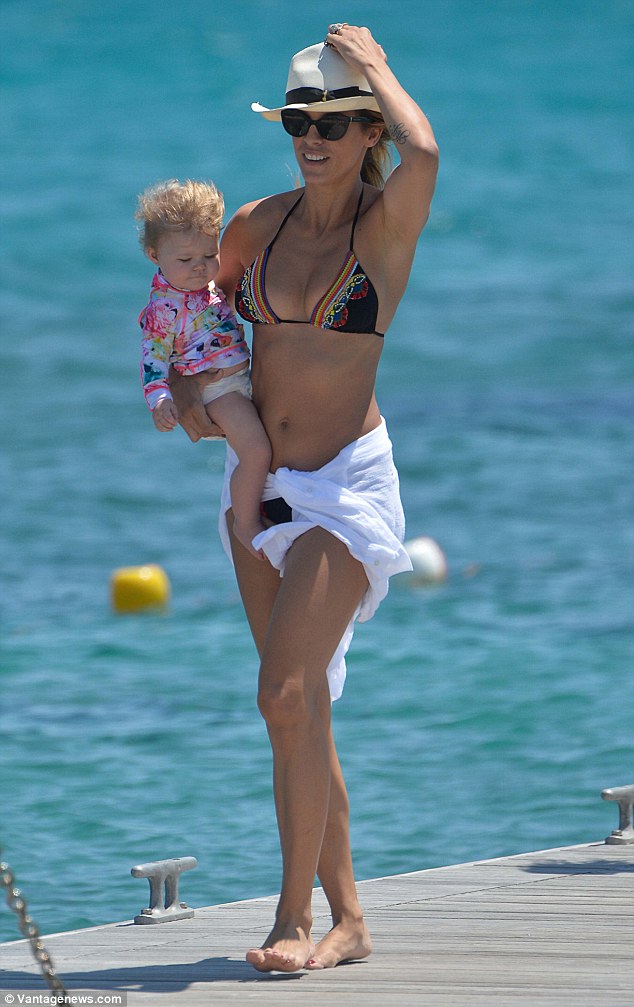 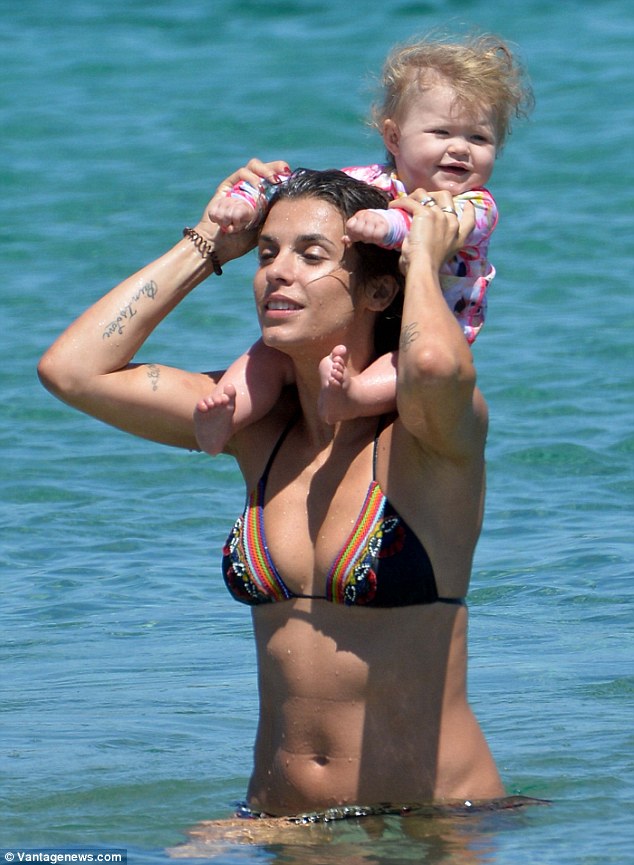 The brunette beauty, 37, showed off her enviable physique in a multi-coloured bikini 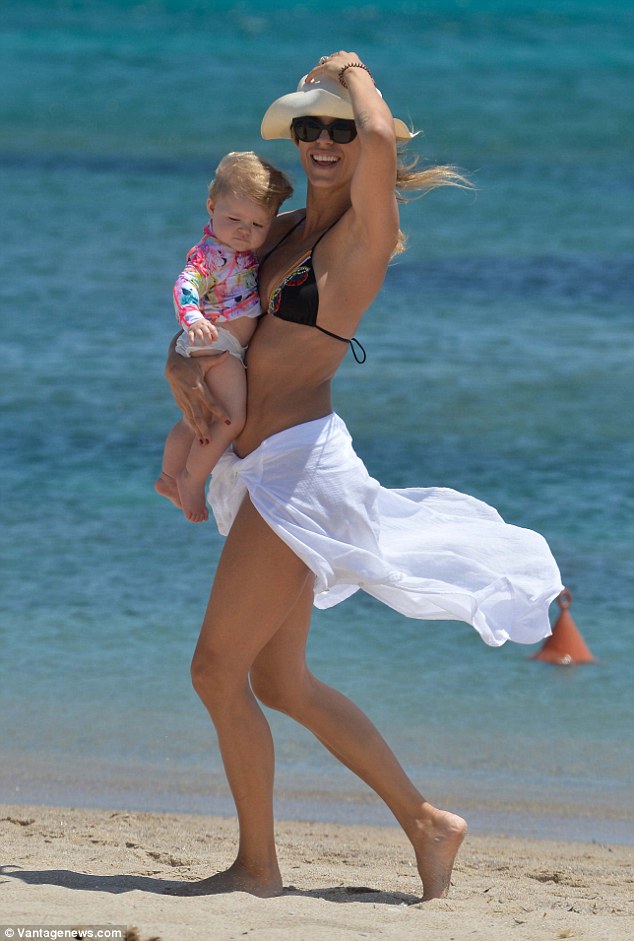 The Italian was joined by her American husband, orthopedic surgeon Brian 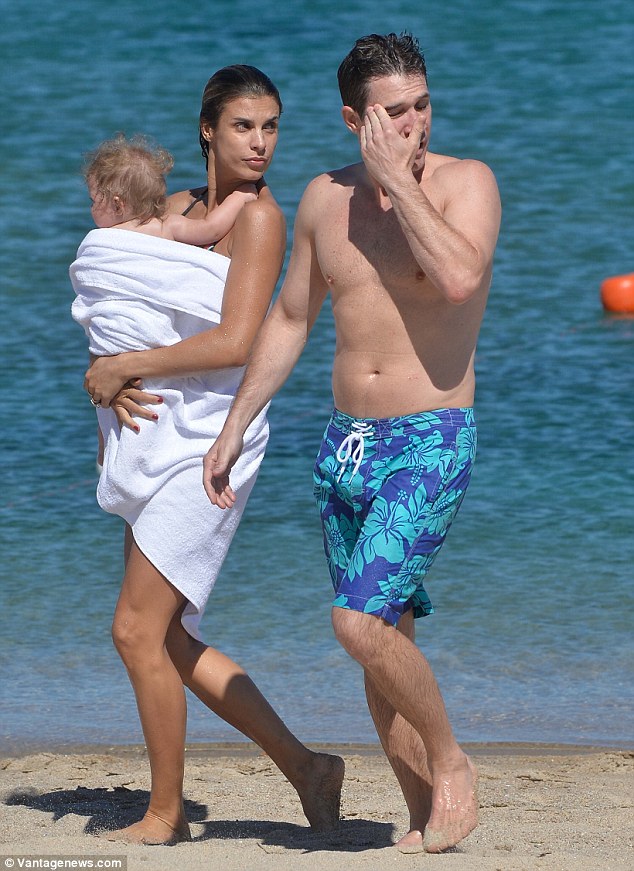 The couple, who married nearly two years ago, shared a kiss as they enjoyed a dip in the Mediterranean with their daughter 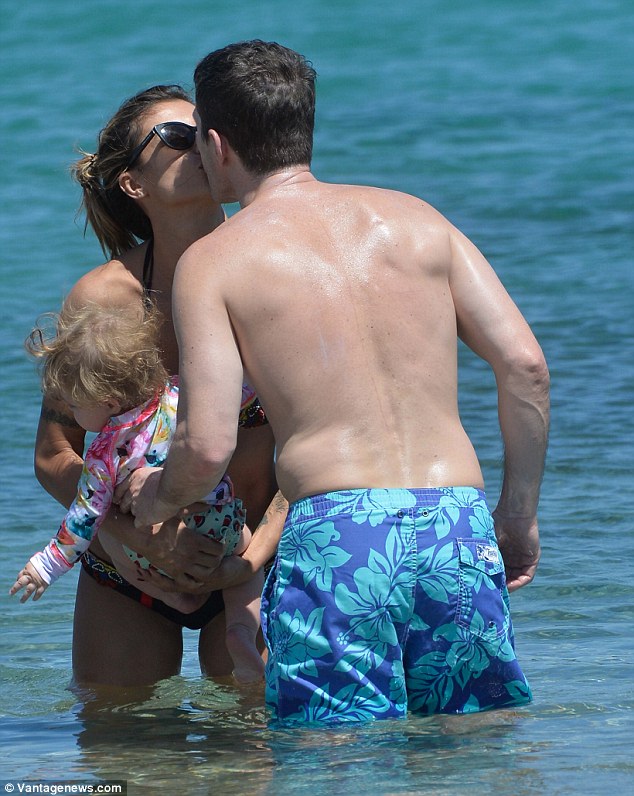 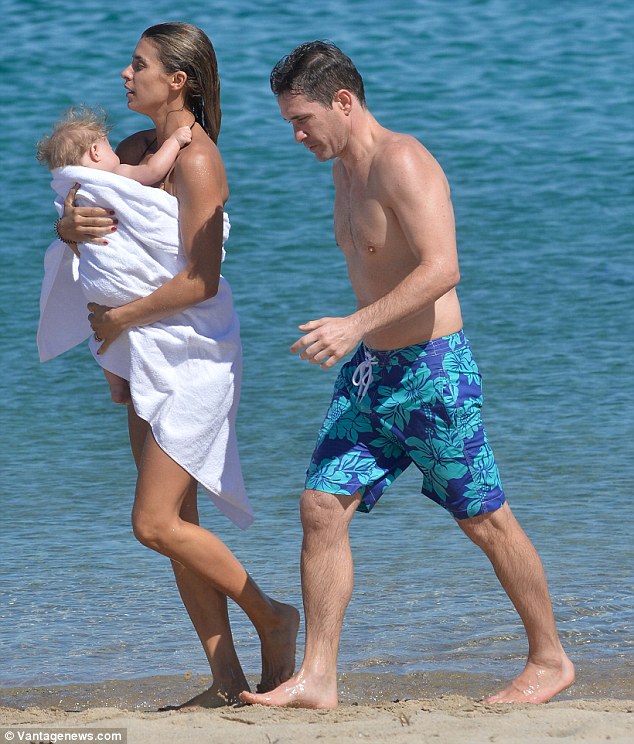 Elisabetta threw her arms open towards her daughter 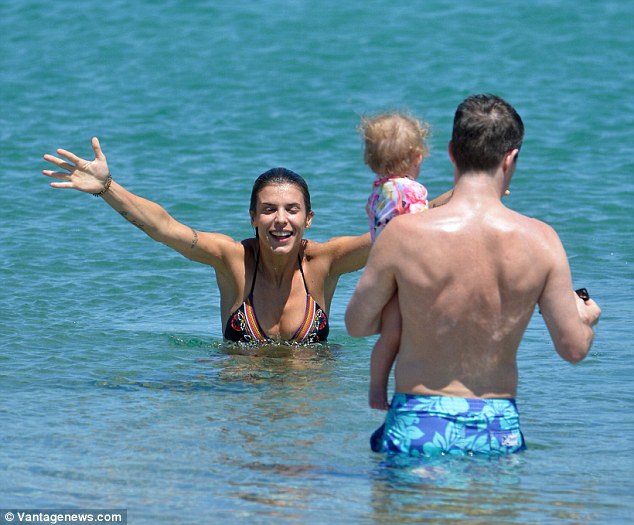 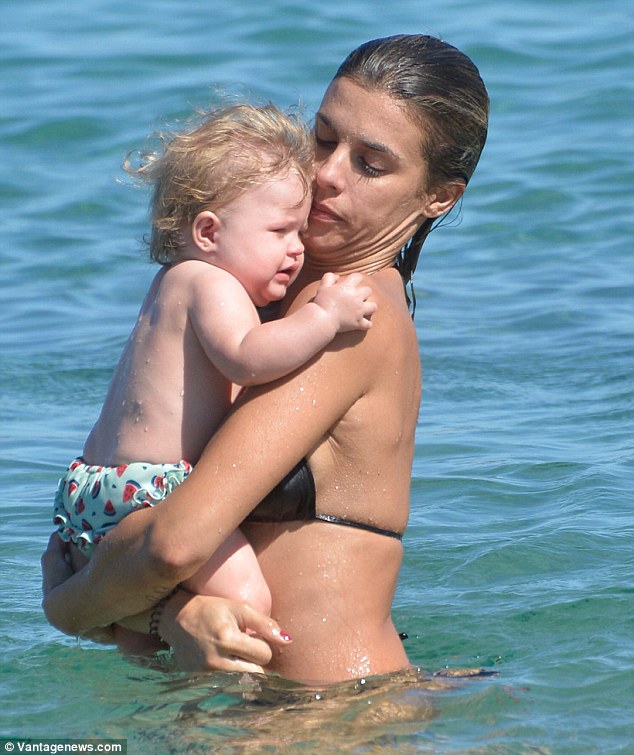 Elisabetta waded into the Mediterranean for a dip with her daughter Skyler, who looked adorable in her waterproof top and nappy 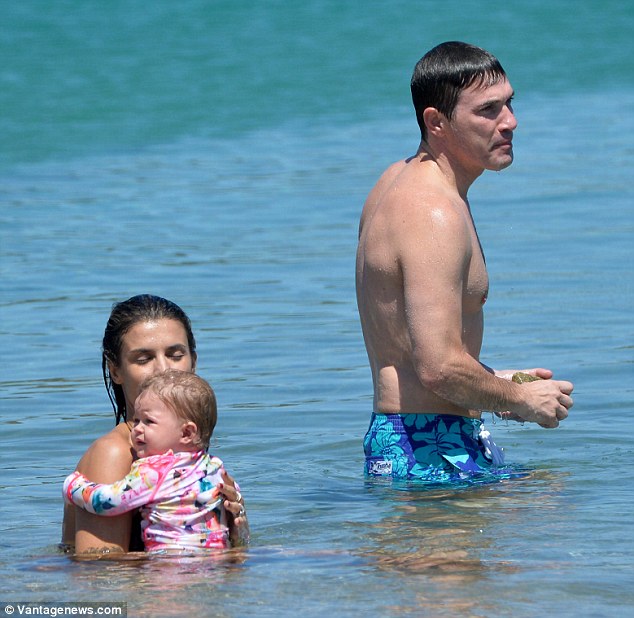 Elisabetta famously had a two year romance with Hollywood A-lister George, before splitting in June 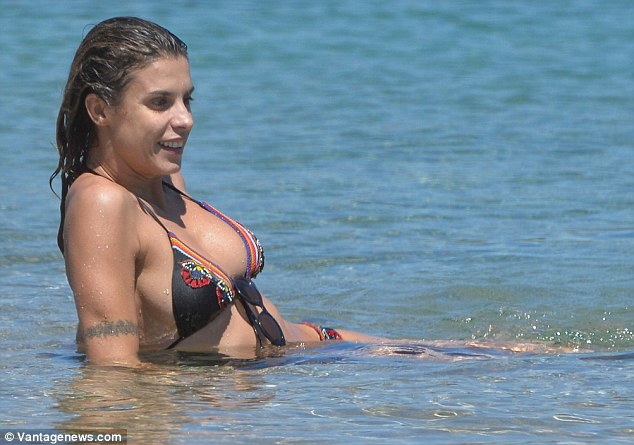 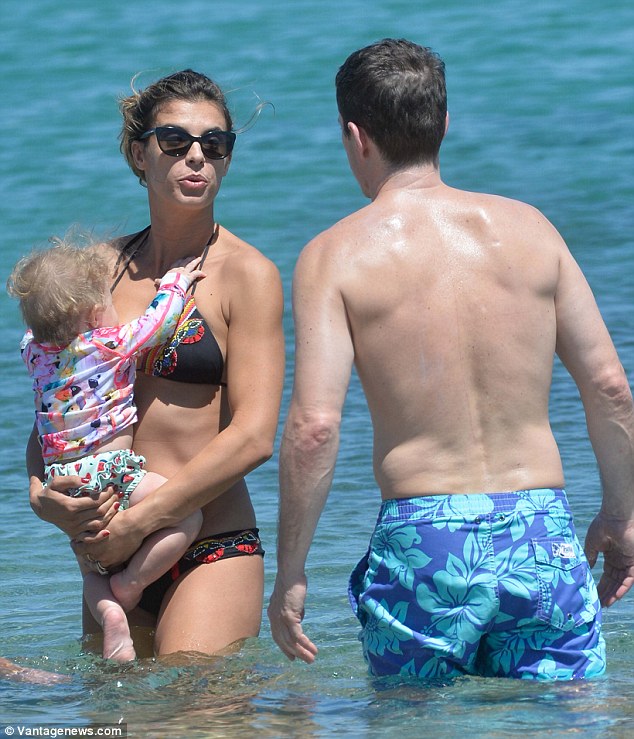 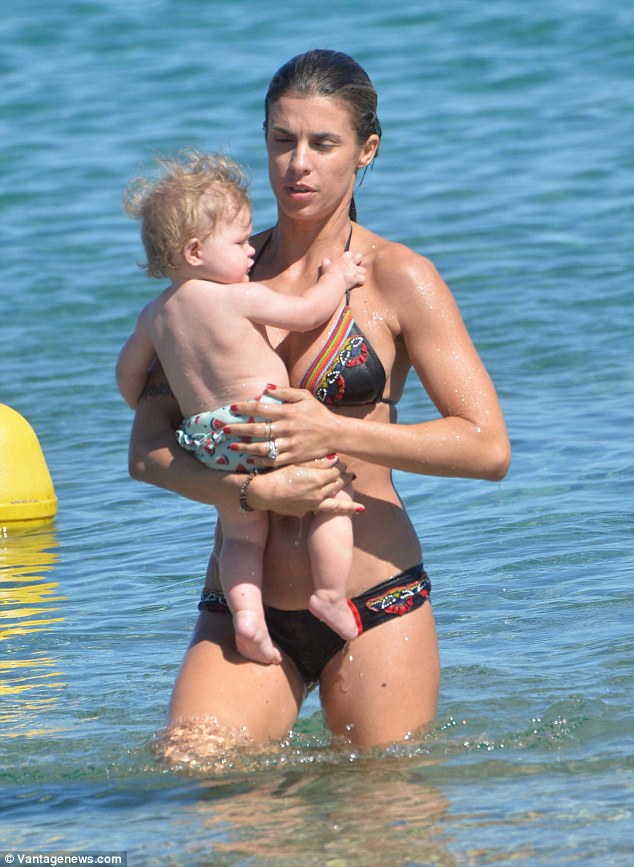 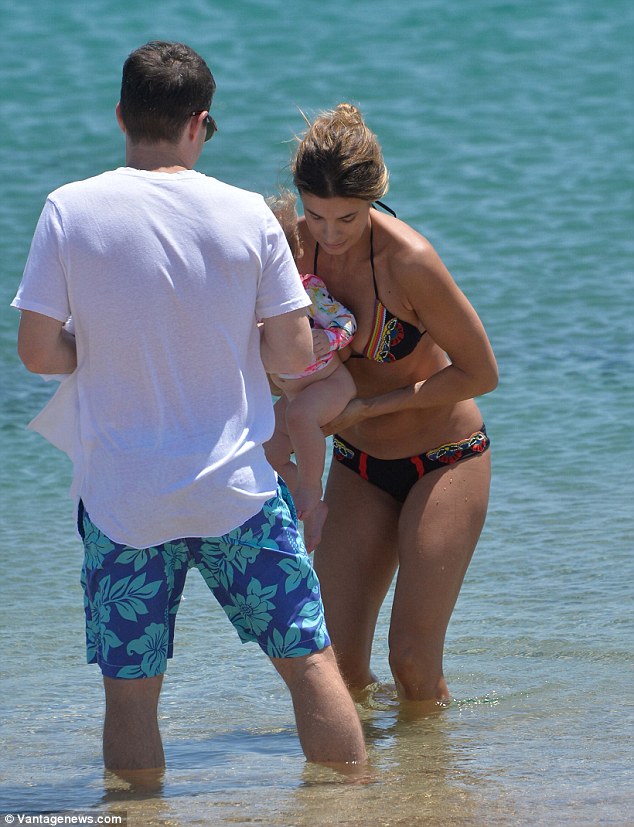 Elisabetta entertained her little girl as she splashed in the sea 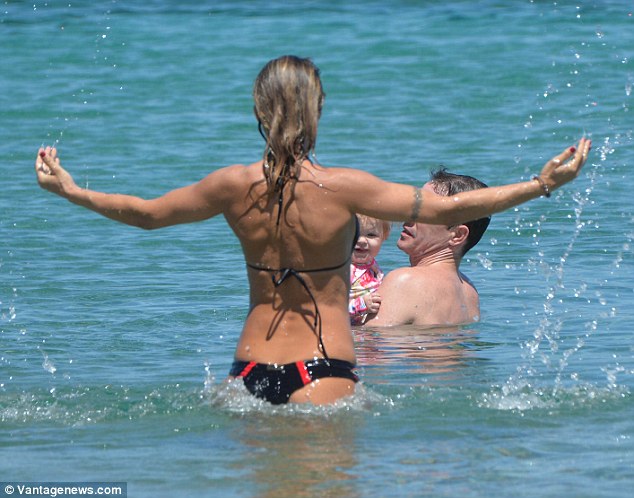 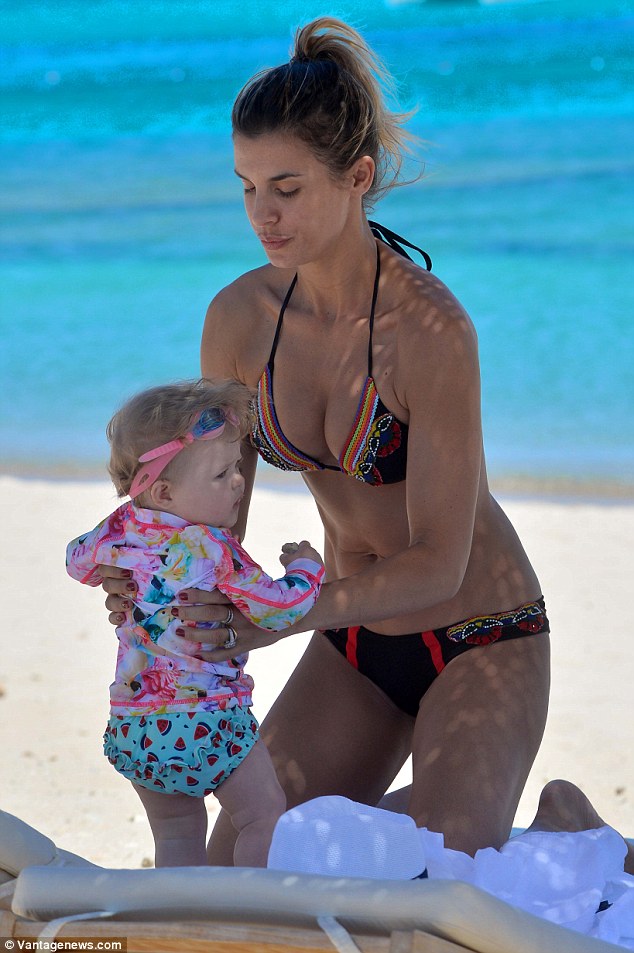 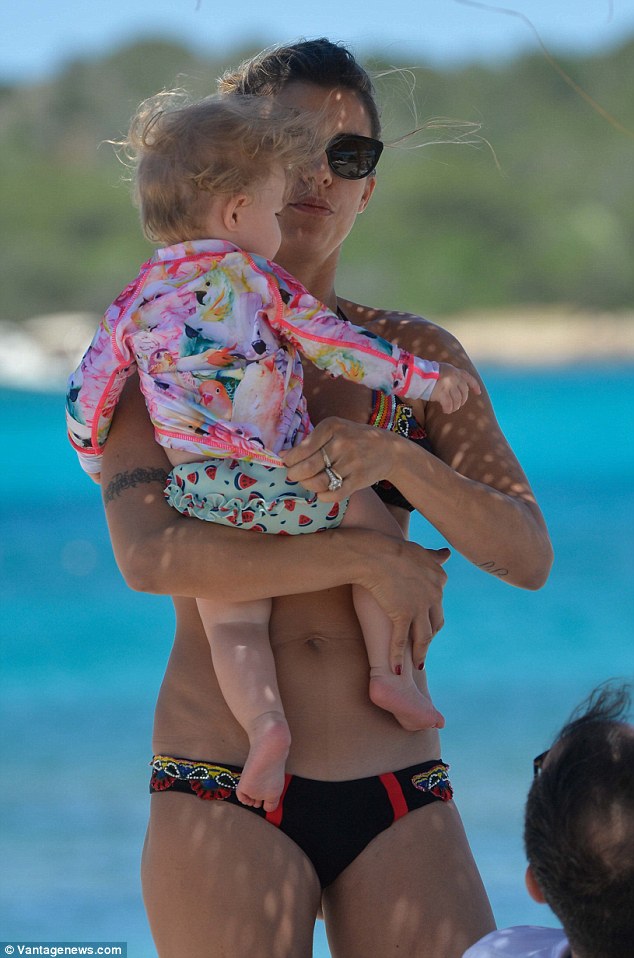 The trio then retreated to a nearby beach club 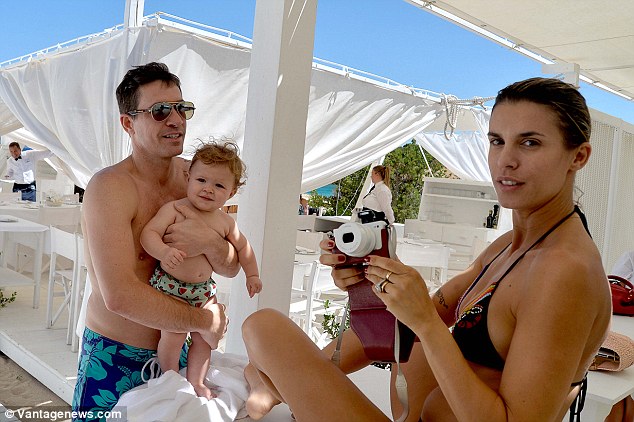 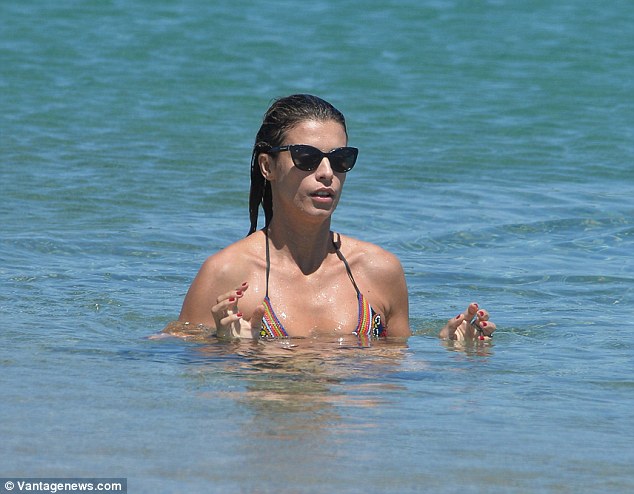