Dramatic footage has surfaced of the world’s largest passenger plane battling severe crosswinds as it comes into land. 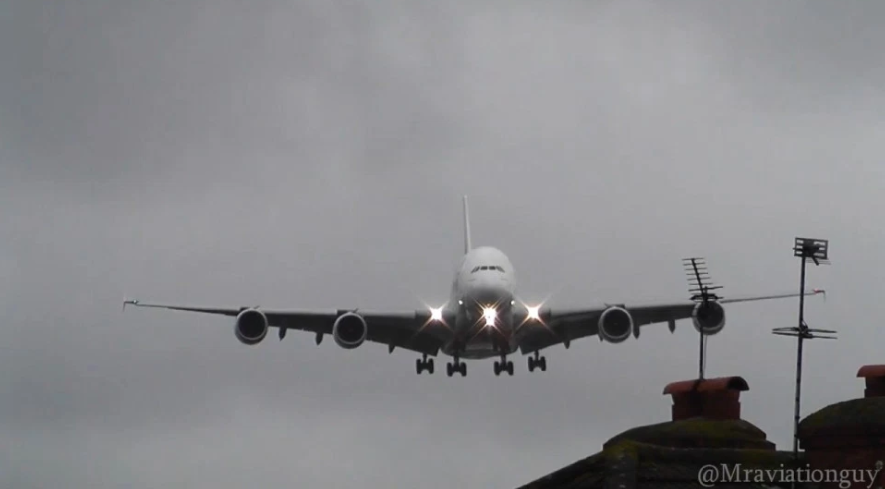 The Emirates Airbus A380 was rocked violently as it came into land at Manchester Airport.

In the video, it can be seen performing the special ‘crab’ landing technique to overcome the adverse conditions. The manoeuvre sees an aircraft drifting to the side as it approached the runway in order to ensure it lands in the centre of it.

The wings of the A380 can be seen shaking above the rooftops of the city. It continues to move sideways before finally flying forwards and successfully landing. The clip was taken last year but has recently reemerged online.

Speaking to MailOnline Travel, Steven Draper, representative of the British Airline Pilots’ Association (BALPA) and a former pilot said of the landing method: ‘Landing in strong crosswinds or turbulence goes beyond the capabilities of the aeroplane’s automatic pilot.

‘A pilot should be alert and free from fatigue when landing, and be given the opportunity to develop excellent handling skills.’ 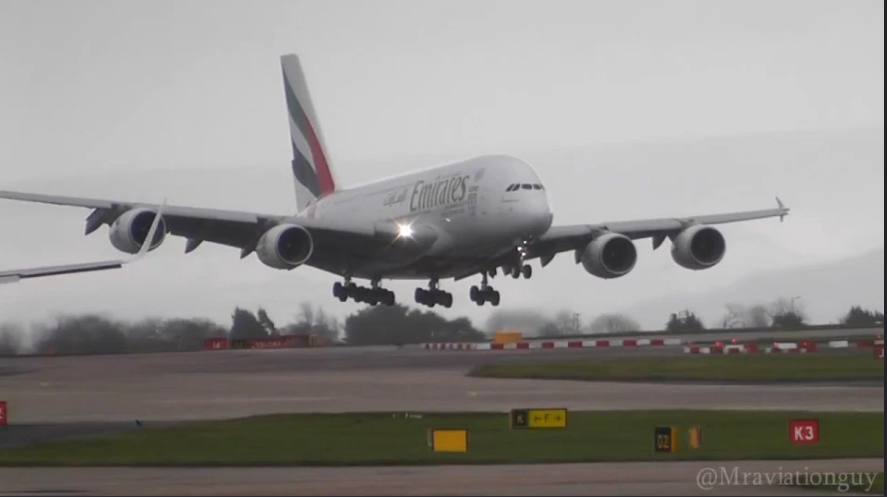