Tourists regularly put themselves in precarious situations with wild animals. So we shouldn’t be too surprised when the drama unfolds. And yet, as these photos sourced from around the world prove, we almost always are.

In an ode to wild creatures striking back at their spectators, Here are some of the most amusing and perturbing encounters ever captured between man and beast.

1. A rare instance in which a dainty but bold-looking bird looks intent on snatching the nose right off this man’s face – and he’s suitably distressed 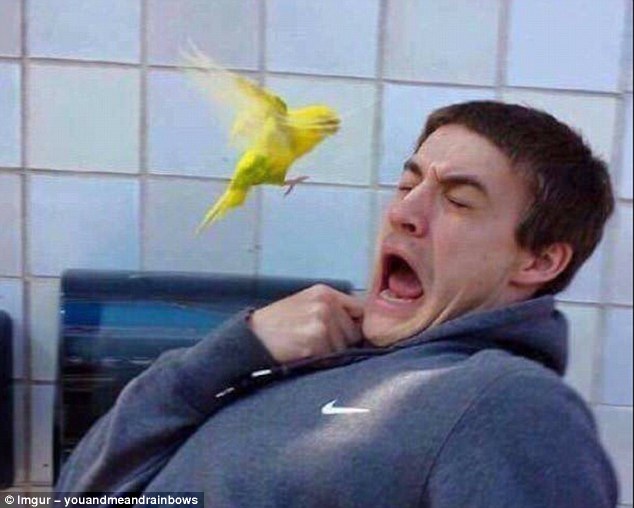 2. This snorkeller doesn’t appear to notice but he’s got a very curious seal examining him from behind 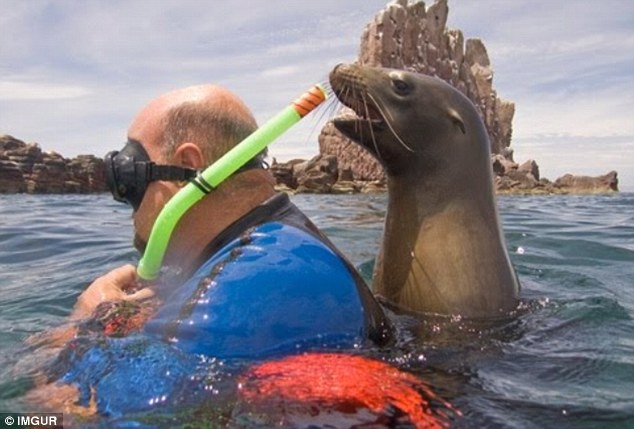 3. According to the tourist who shared this image from a safari drive in Africa’s Serengeti, nobody informed the passenger that a cheetah was sizing up his skull. 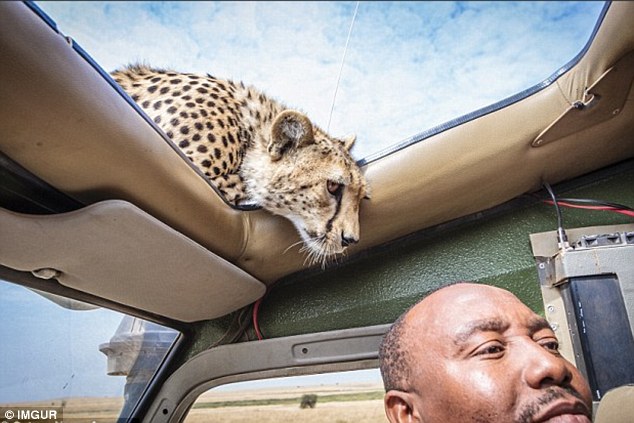 4. For once, it’s the cow having a chomp on an innocent human – you could say it’s a hand-burger 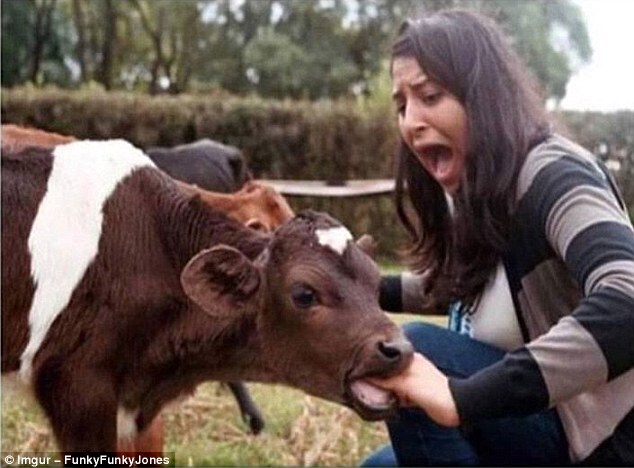 5. In this case, the tourist was very much aware of the cheetah, pictured here on safari at the Masai Mara game reserve in Kenya 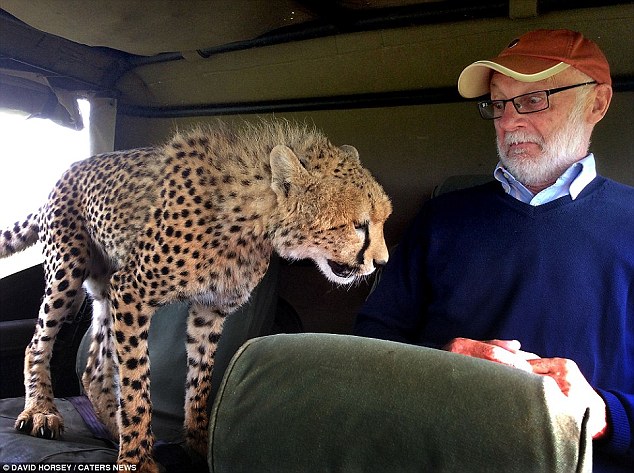 6. Swans are known to become suddenly aggressive, a lesson this gentleman is learning first-hand 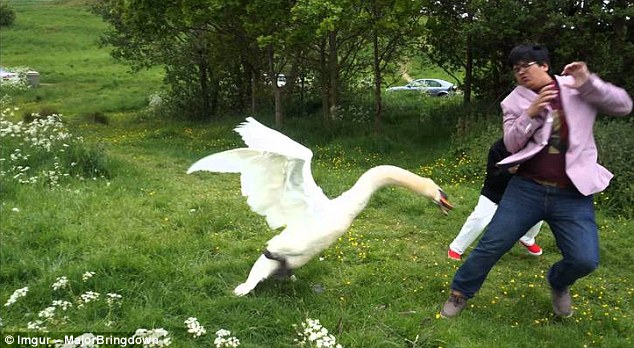 7. A baby elephant getting overly playful with a tourist, so much so that it knocks her right over 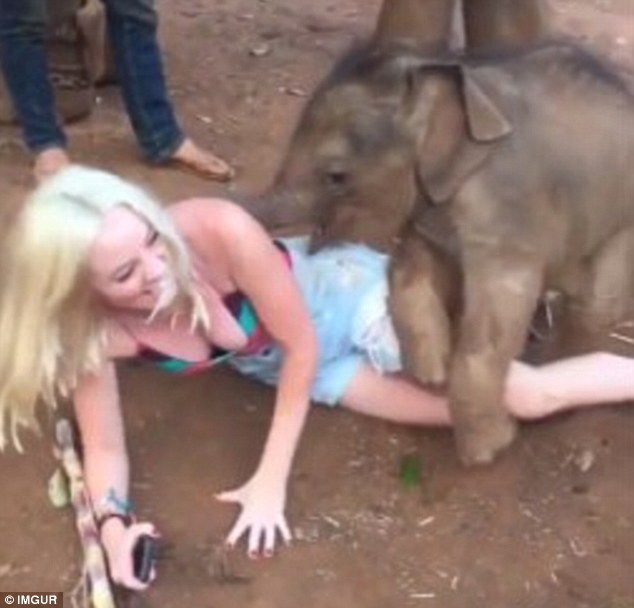 8. The comedy in this snap is only elevated by the ostrich’s wide grin as he scares the living daylights out of a woman in a car 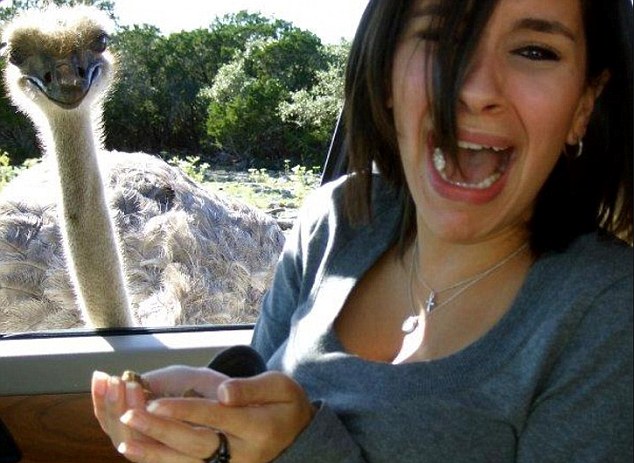 9. The moose appears rather composed in its galloping stance – more than can be said for the ranger it’s chasing

10. A cow had a good old nibble on this man’s ear and he attempts to pose for a farm selfie 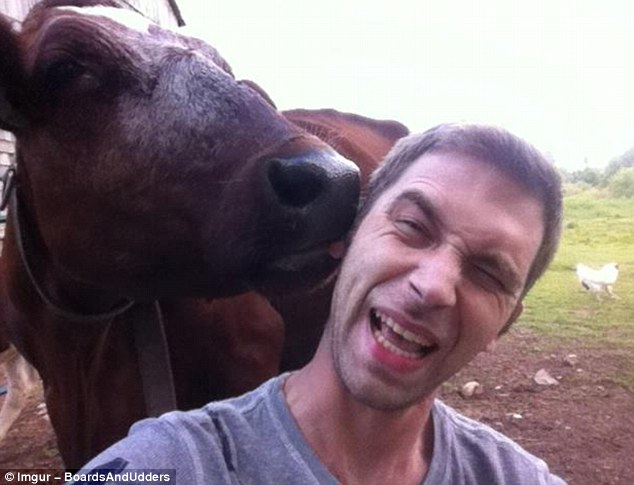 11. This woman was paddling down a river in North America with some friends when a particularly daring raccoon crashed the party. Hilariously brave raccoon attempts to steal kayaker’s food 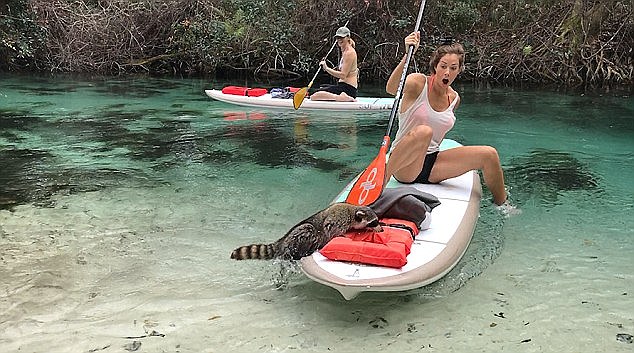 12. All things considered, this young boy is demonstrating quite a brave stance in the face of such a gigantic spider. Many others would be running for the hills 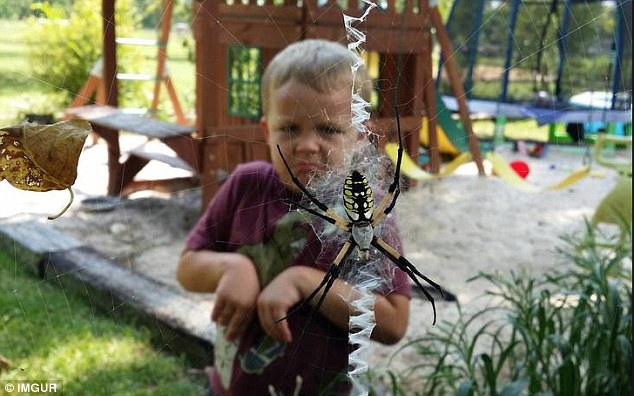 13. This tourist even appears amused by the prospect of having a furious monkey on his shoulder, captured at the Sacred Monkey Forest Sanctuary in Ubud, Indonesia 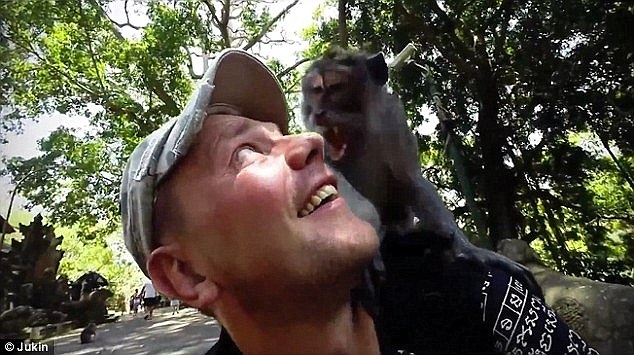 14. A hiker who was clearly not on board when an alpaca crashed her photo opportunity at Peru’s Machu Picchu 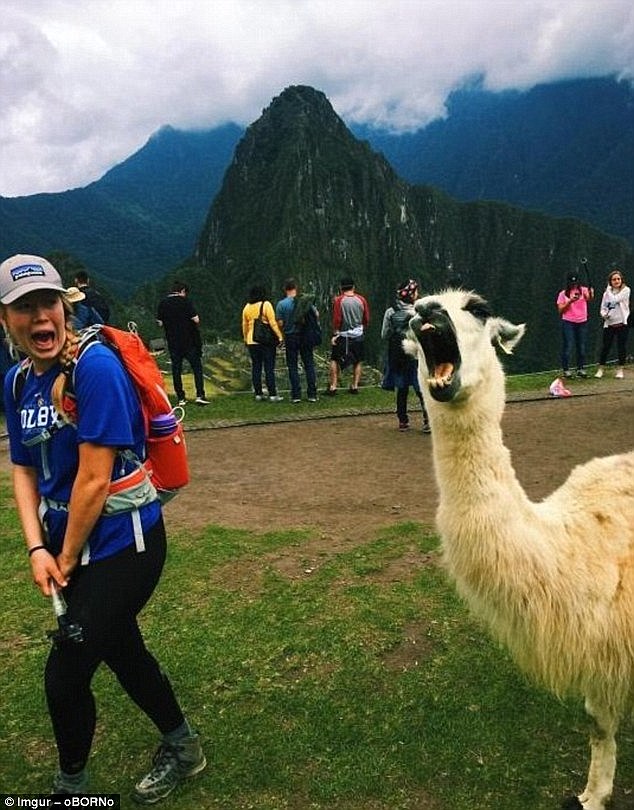 15. An elephant gets very curious with its trunk, at the expense of this woman’s face 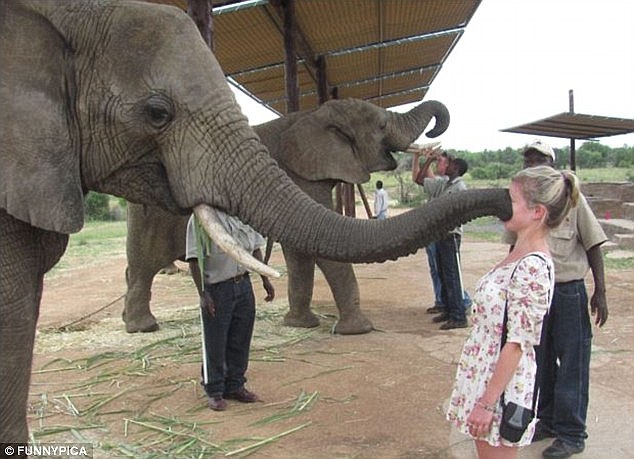 16. An entire troop of baboons pillaged this car’s roof case, yanked off the wing mirror, and clearly caused great distress to the woman inside 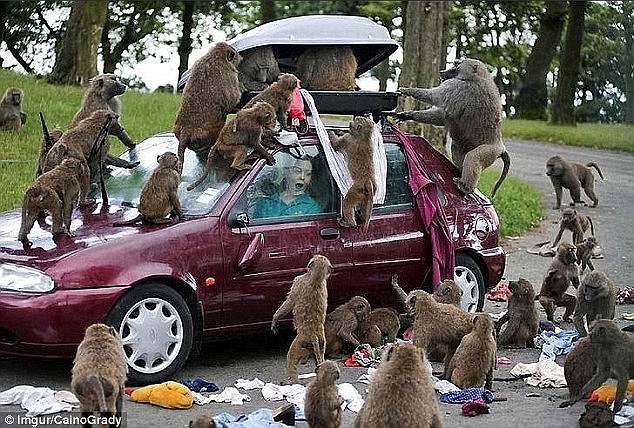 17. Arguably the most famous of them all, this sees tourist trio Sarah Bourland, Natalie Zaysoff and Kendall Harlanin the Cayman Islands, horrified by a surprise hug from a stingray in 2012. 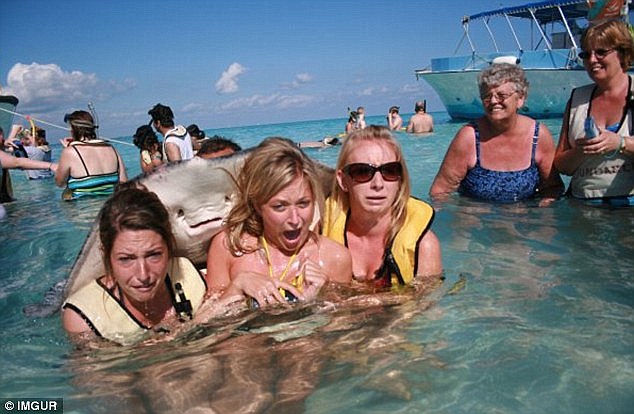