Many people with right-wing leanings are using India’s loss to Pakistan in the Champions Trophy final in England on Sunday as a pretext to foment hatred against Indian Muslims by circulating fake videos on social media showing the minority community in the country celebrating the green brigade’s win, a report has found. At least two misleading videos are currently viral on social media and WhatsApp with the claim that Indian Muslims celebrated Pakistan’s victory over India in Champion’s trophy. 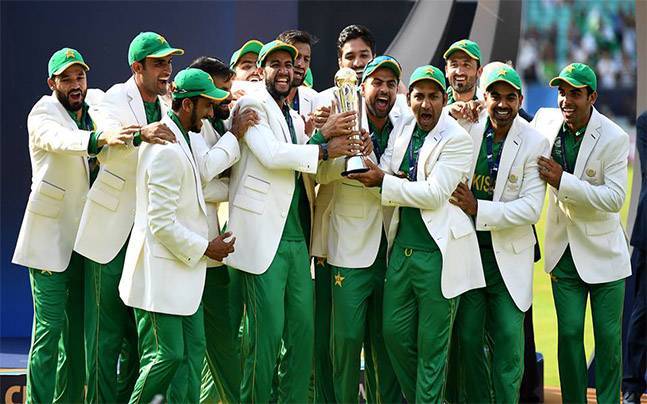 One of the videos is from Pakistan, the other video is many months old and was shot in Vadodara, Gujarat. They are being circulated stating these celebrations happened in Delhi, Vadodara and Mira Road in Mumbai.

One of the prominent right-wing Twitter account that circulated the fake video from Vadodara claiming that Indian Muslims were celebrating Pakistan’s win is Sonam Mahajan. She has now deleted her misleading tweet. 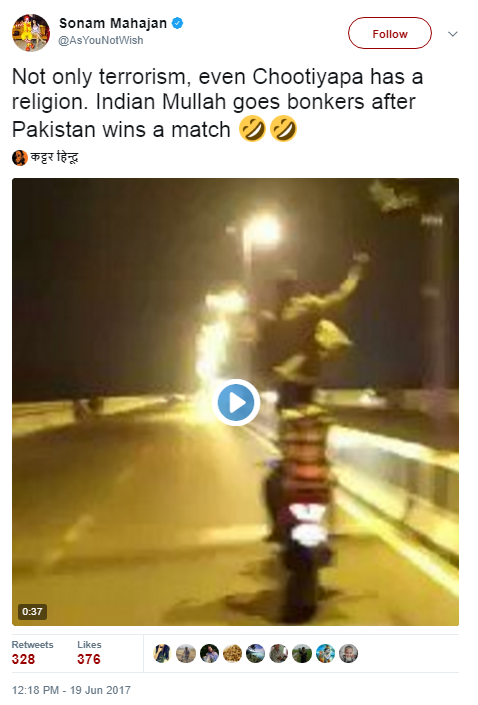 Sonam Mahajan’s account had recently been suspended by Twitter. The suspension was later revoked after a right-wing backlash. Is Twitter going to ignore her action of circulating a fake video with a hateful message?

The video has been shared extensively on Facebook as well. A page called Bajrang Dal (unofficial) even edited the video to a misleading text to the video, “Indian Muslims celebrating India’s loss to Pakistan in Delhi“. 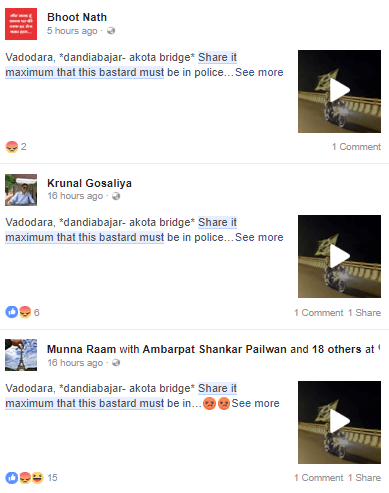 That the bridge in question is indeed the Akota-Dandiabazar Over Bridge in Vadodara can be seen in another Youtube video of the same bridge. While those who initially made the video viral might have specified the location correctly, but as pointed out earlier, it has got nothing to do with the Champion’s Trophy final.

The other video that is being made viral is of a hall full of kids and adults celebrating Pakistan’s victory and is being passed off as a celebration by Indian Muslims. A page called “We Support Arnab Goswami” has more than 11,000 shares for this video on their page. 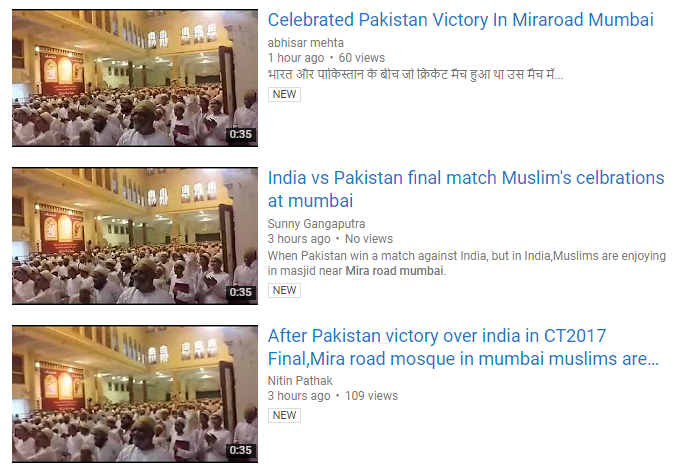 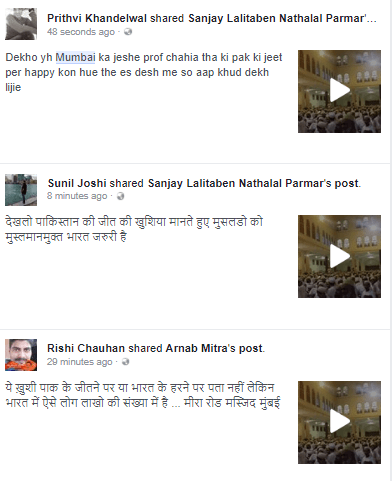 if one closely observes the logo of the TV channel which can be seen in this celebration video, you’ll see that the logo is that of PTV Sports. We have juxtaposed a PTV sports video available on Youtube with the screenshot of the viral video. While the video is grainy, a distinct resemblance can be seen in the logos. PTV’s broadcast is banned in India and hence this video is either of Pakistan or any other country where PTV is broadcasted. 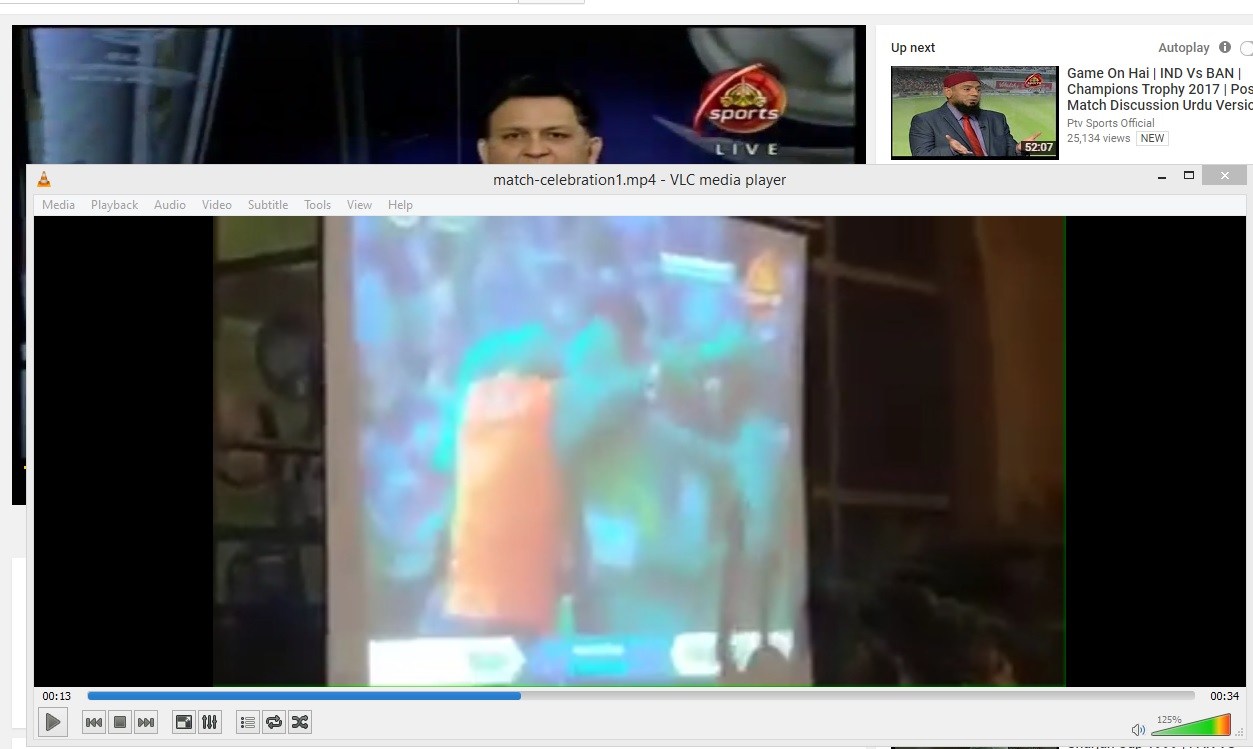 The logo doesn’t remotely match that of any of the Indian sports channels which is an additional pointer to the fact that this video is not from India.

A YouTube user has uploaded this video with the title, “Pakistani Dawoodi Bohra’s Celebration On Pakistan’s Win In Champions Trophy against India !” and it can be seen below.

While sports should ideally be watched for the entertainment value and the support of an individual or a group of people for a specific team should not be a reason to deride anyone, India-Pakistan matches are a different cup of tea due to historical reasons.

The basic idea behind circulating these fake videos is to exploit these very emotions linked to an Indian-Pakistan cricket match and to propagate the idea that Indian Muslims are Anti-Indian/Pro-Pakistan. This sense of enmity that is created by the circulation of such fake videos is then used to further the ideology of Hindu majoritarianism so as to keep the ‘Anti-Indians’ at bay.