The bizarre footage shows the group watching the match on the TV as the coffin lies open just a few feet away.

A football-crazy family is so devoted to the game that they screened a match during a relative’s funeral – in front of the open coffin.

But they don’t seem too concerned about the deceased and are far more involved in the match. Nothing was going to stop the family, from Peru, watching the clash against Ecuador. 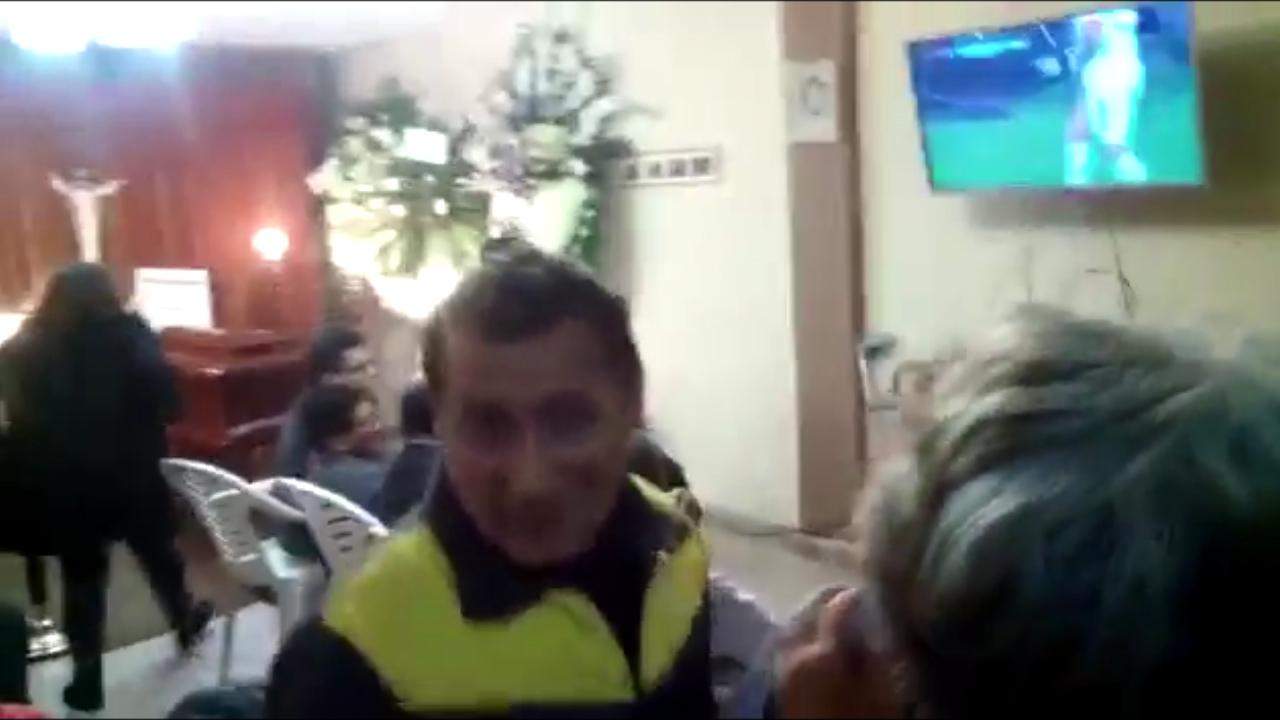 The strange video even shows the fans celebrating the goals of their heroes in the red and white shirts, while their deceased loved one lies dead in the background. 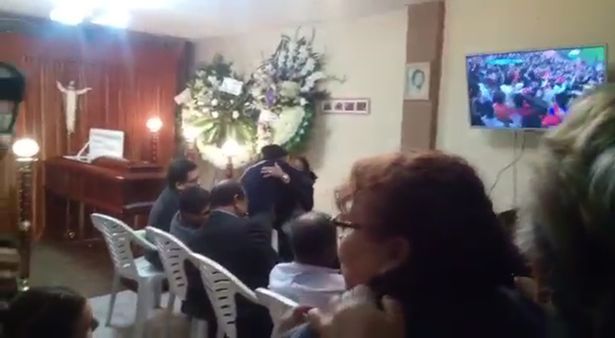 Two of the people attending the funeral are seen hugging after one of the goals, while the others are talking to each other throughout the match. 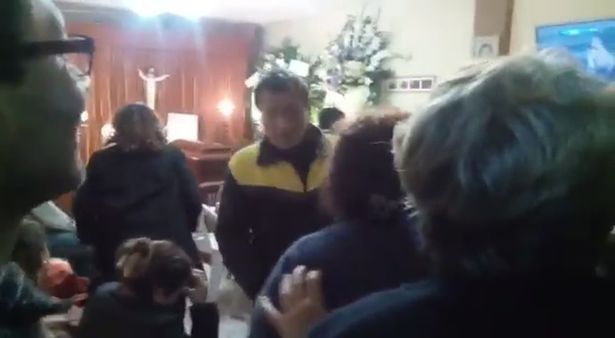 The game took place in the Olympic stadium Atahualpa in the Ecuadorian capital city Quito and thankfully for the mourners, ended in a 2-1 Peru win. The video has gone viral in Peru and viewers commented on social media about the beautiful game. 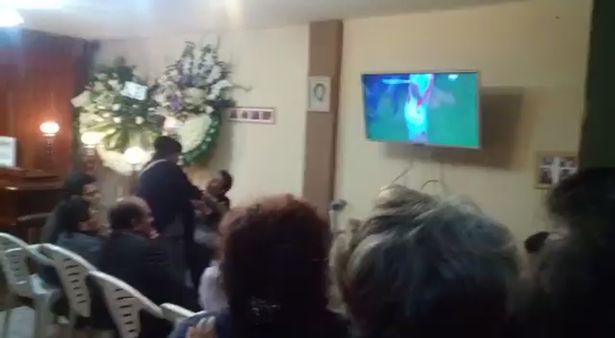 One reader said: “Hahaha, how much pain and joy they would feel”.

Another wrote: “When Peru wins even the funeral is forgotten”.