The annual Dusseldorf carnival is usually a place for political satire. But this year they took it to another level. Political satire dominated the Düsseldorf parade, with the carnival floats taking aim at Trump’s controversial politics and Brexit. Here are some hilarious images from German Carnival take a look.

1. A float showing US president Donald Trump and the Statue of Liberty are seen at the Rose Monday carnival. 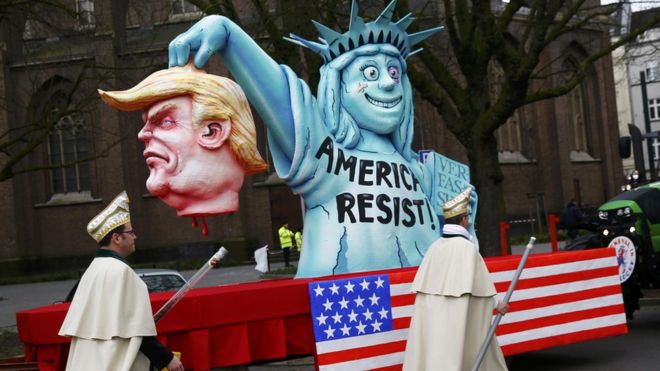 2. President Trump was satirized as an elephant in Mainz, another western city on the River Rhine 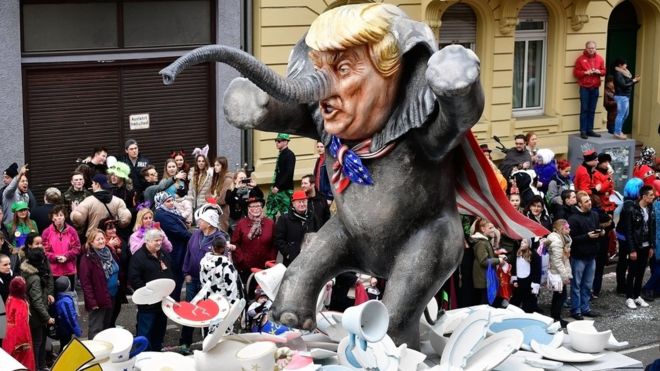 3. Brexit saw as suicide, UK Prime Minister Theresa May is lampooned in Duesseldorf 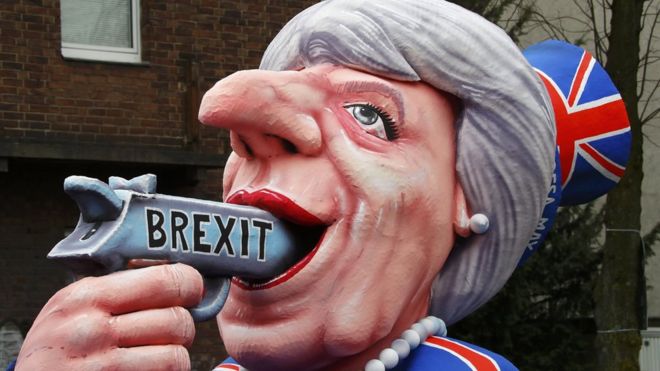 4. Britannia insults the EU float ahead of her in the procession in Mainz 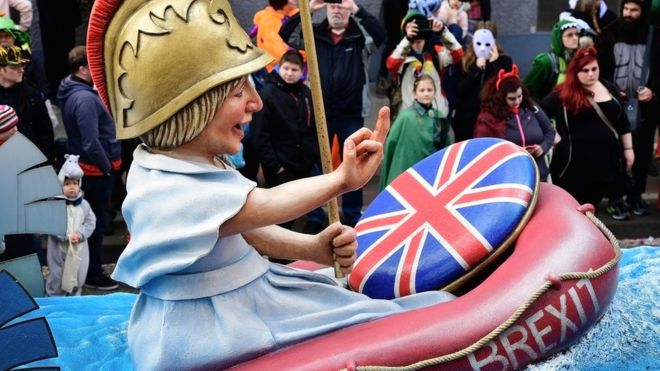 5. The Duesseldorf parade puts today’s nationalists alongside Hitler and his Brownshirts 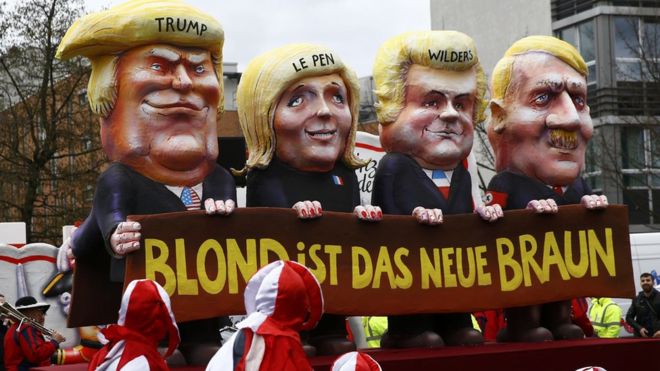 6. Chancellor Angela Merkel is shown as a mammoth in Duesseldorf – with rival Martin Schulz as a caveman threatening her 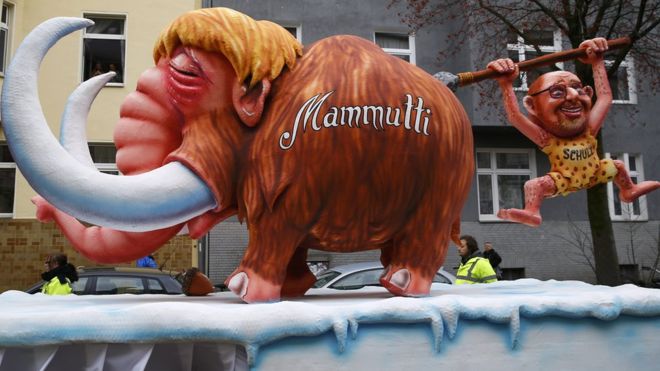 7. Mr. Schulz, the leader of the centre-left Social Democrats (SPD), is mocked as a puffed-up monster in Duesseldorf 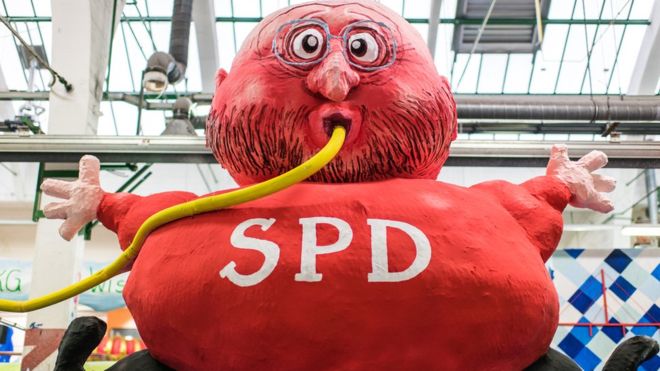 8. Turkey’s President Erdogan appears to be accusing a clown 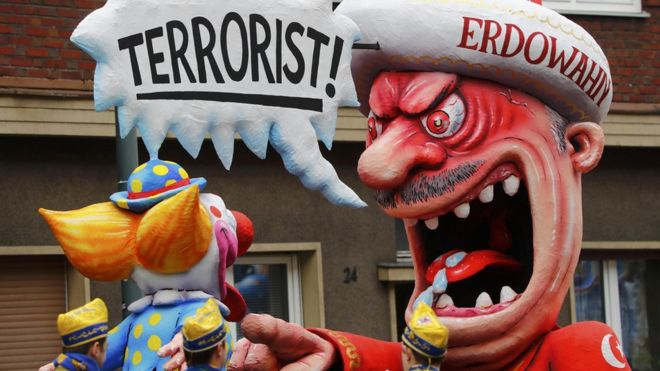 9. Trump attacks the Statue of Liberty 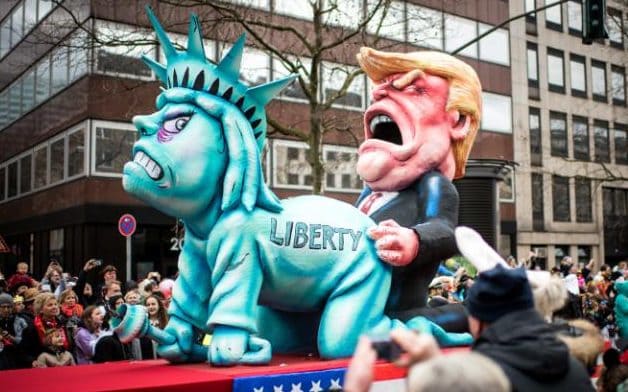