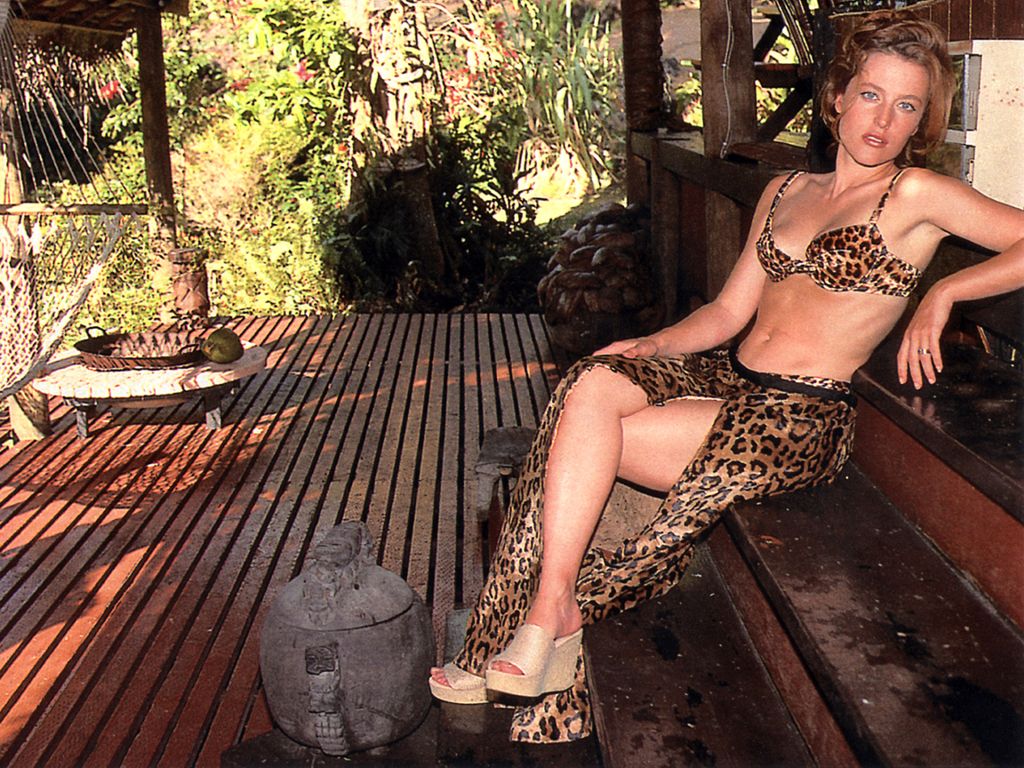 Gillian Anderson looked very relaxed as she swam in the Mediterranean sea on a romantic boat trip with her boyfriend Peter Morgan. The star of The Fall showed off her washboard abs in the olive green and pink swimwear as she enjoyed the balmy climes of the Italian Riviera.

Gillian’s strapless bikini top was gathered together in the middle, and featured a scalloped finish 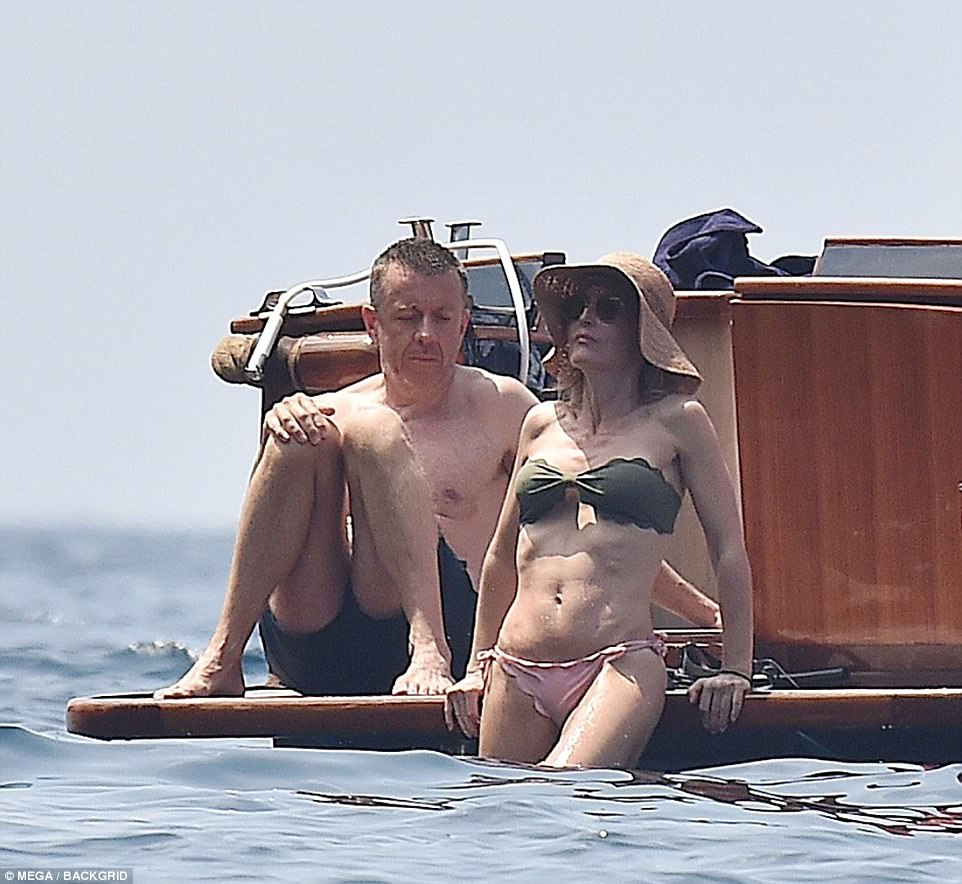 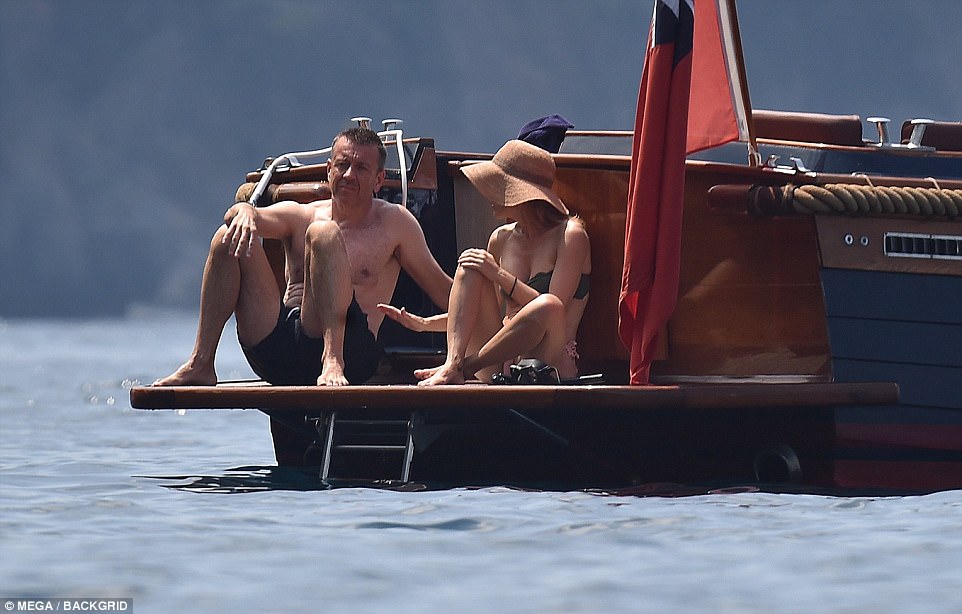 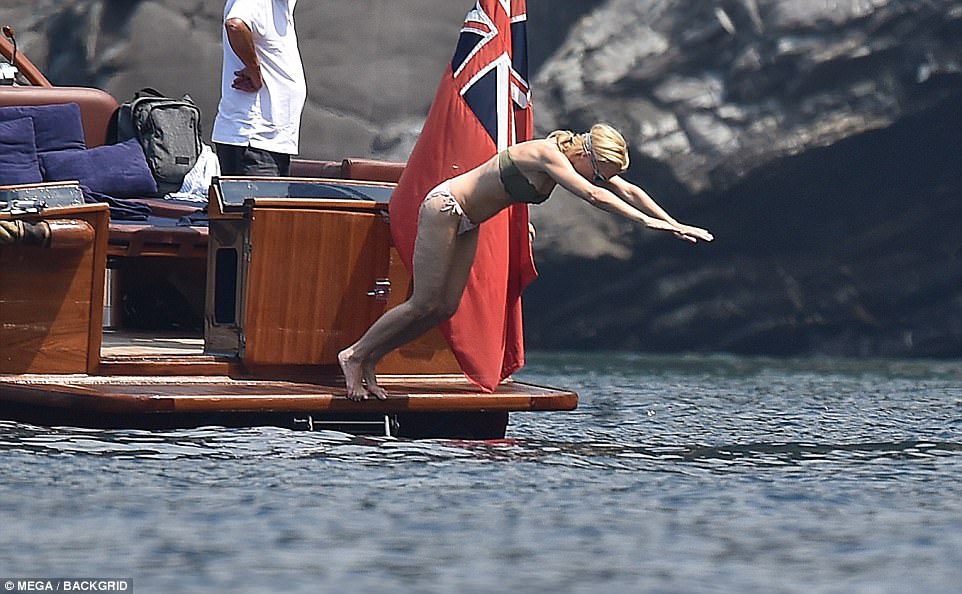 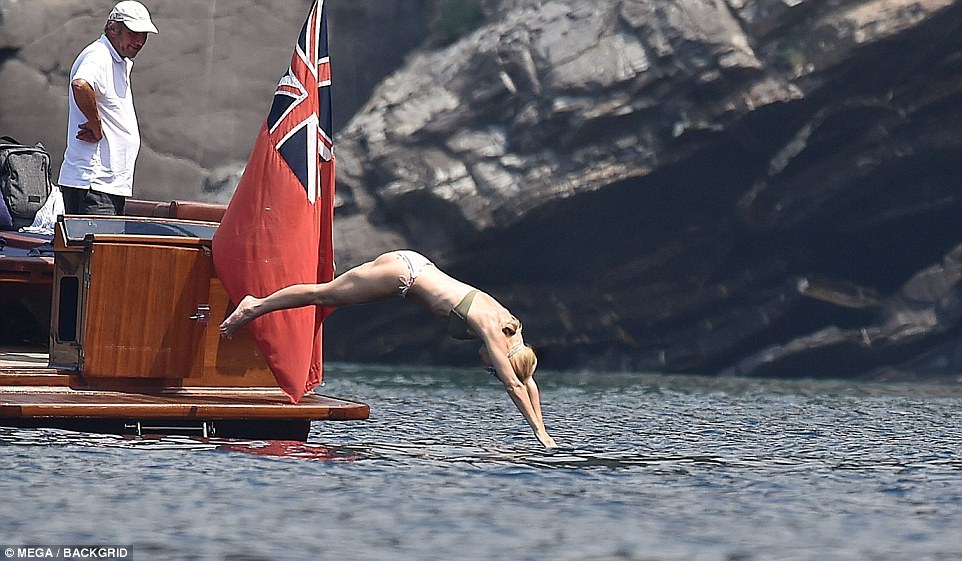 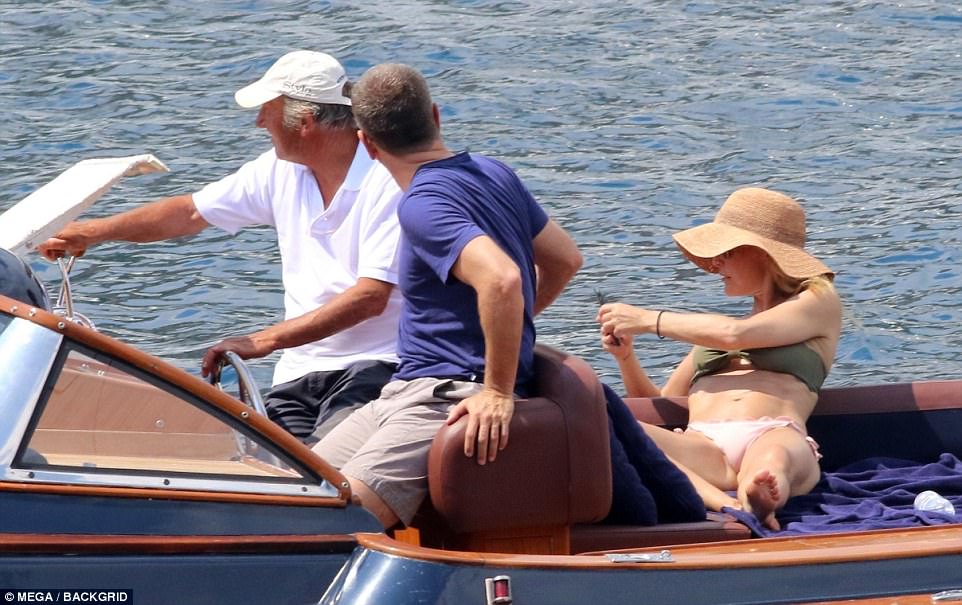 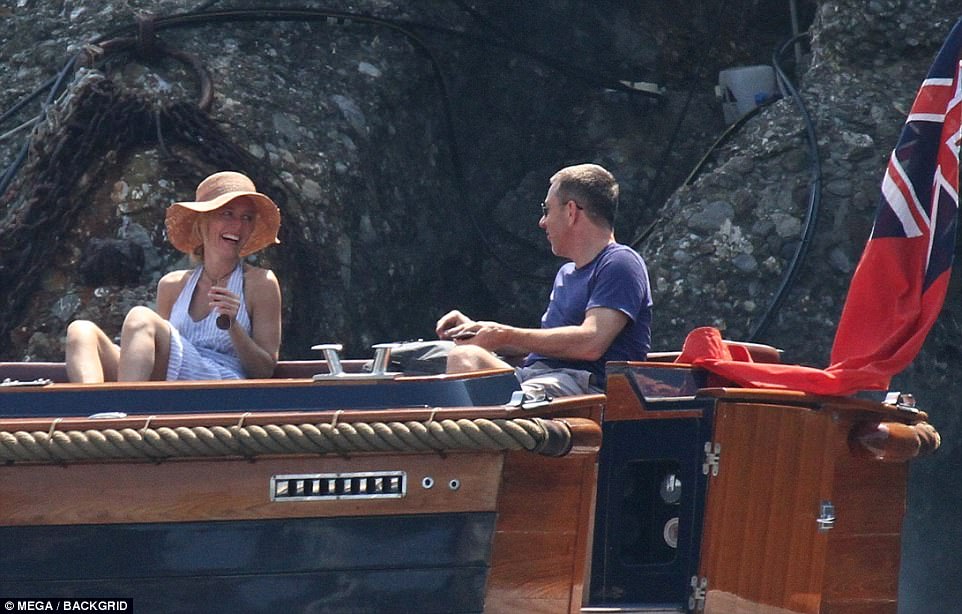 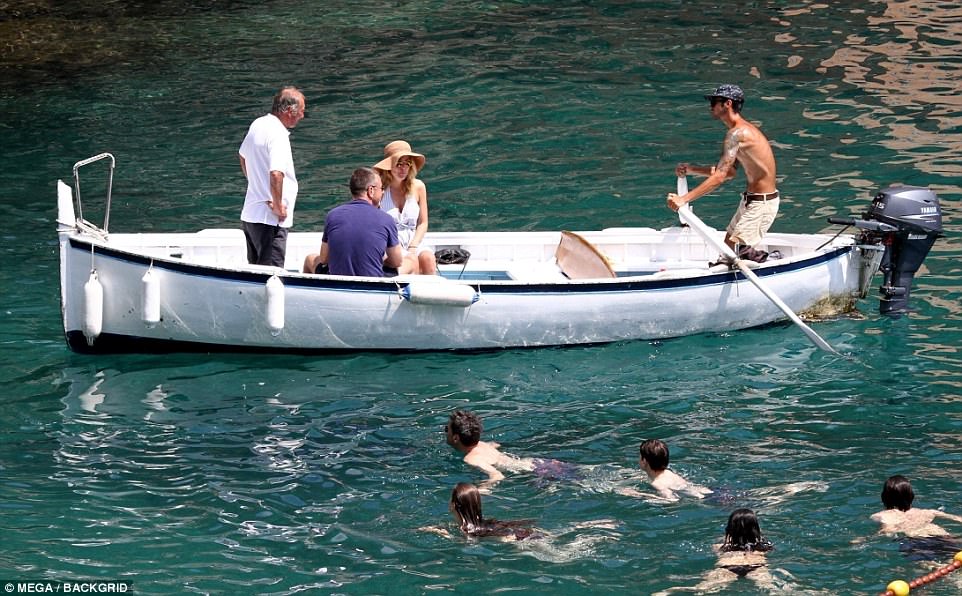 The contented couple stretched out as they took a romantic boat trip to see Christ of the Abyss, a statue of Jesus which is found underwater 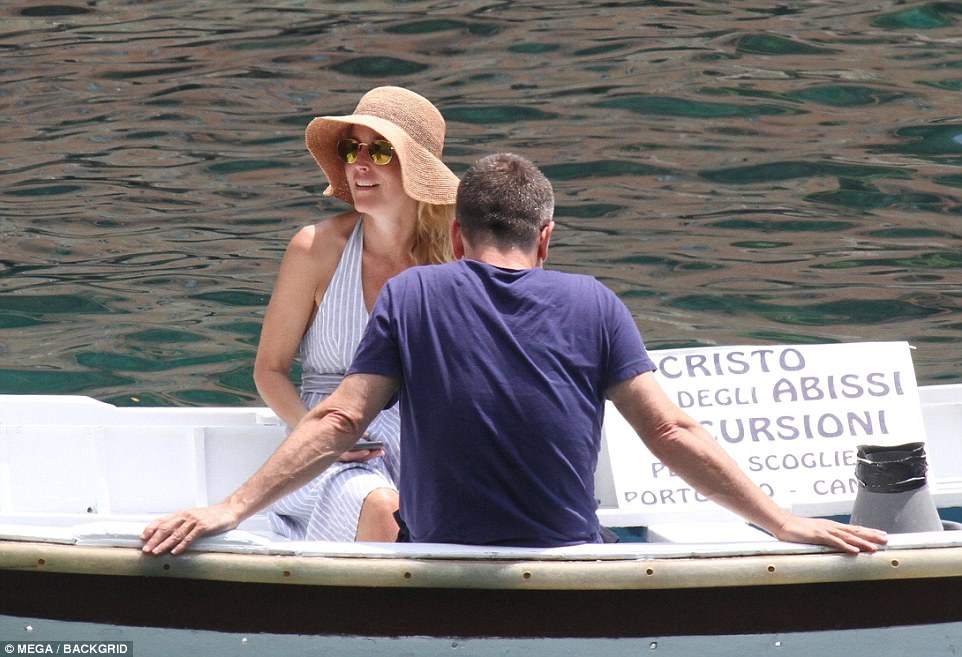 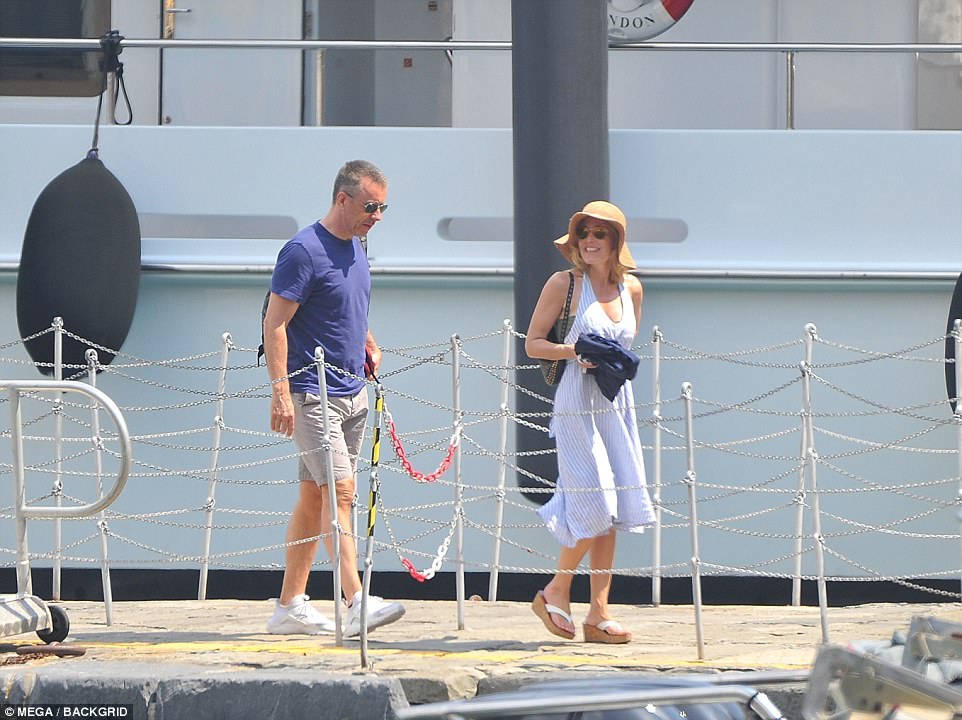 As the couple mounted the steps to a restaurant, Gillian stopped to take a picture of writer Peter 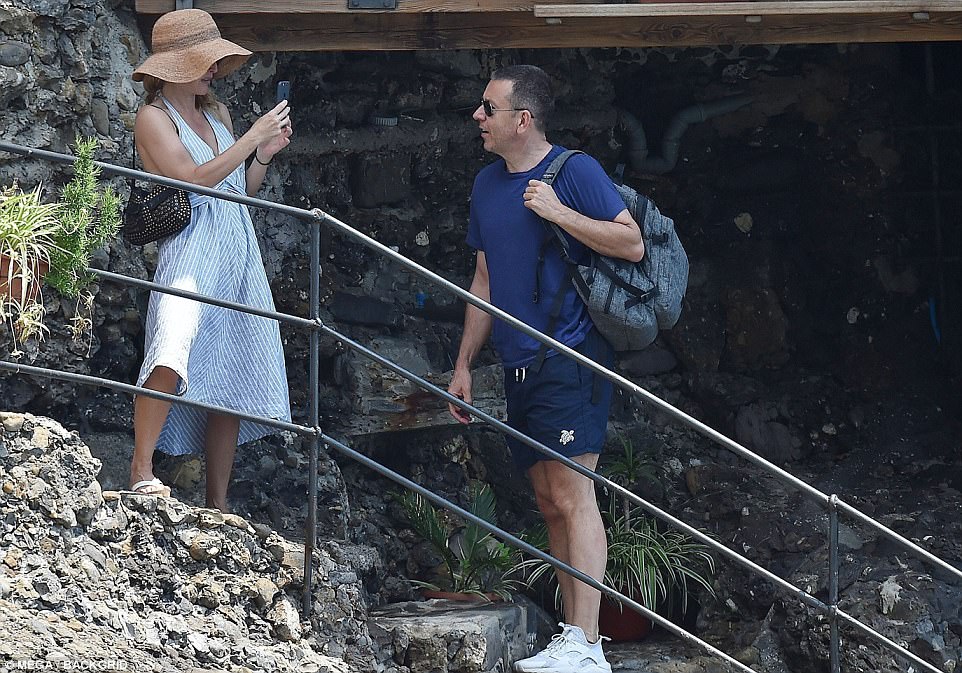 After their boat trip, the pair ate lunch at a restaurant on the cliff face, which looked out towards the sea 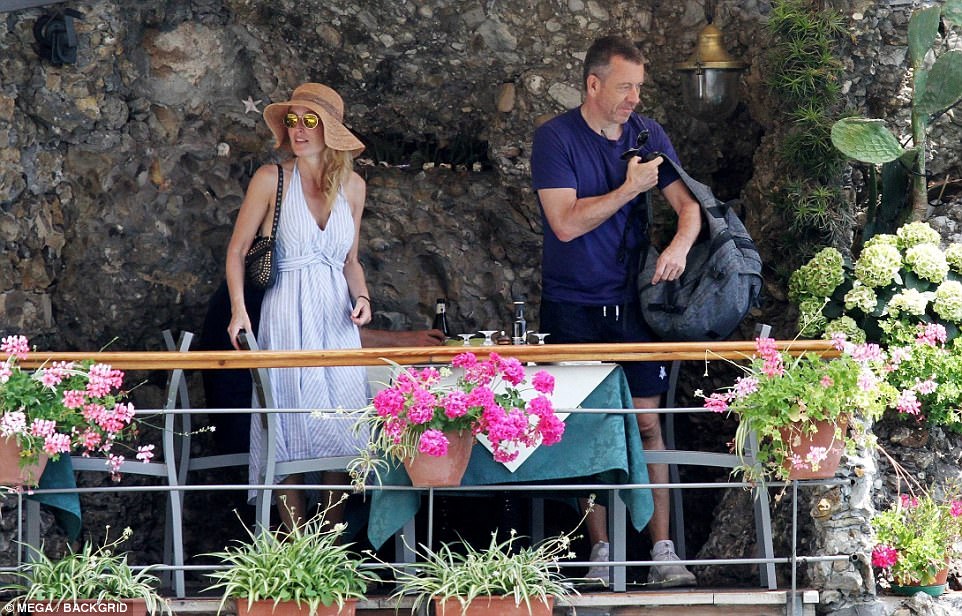 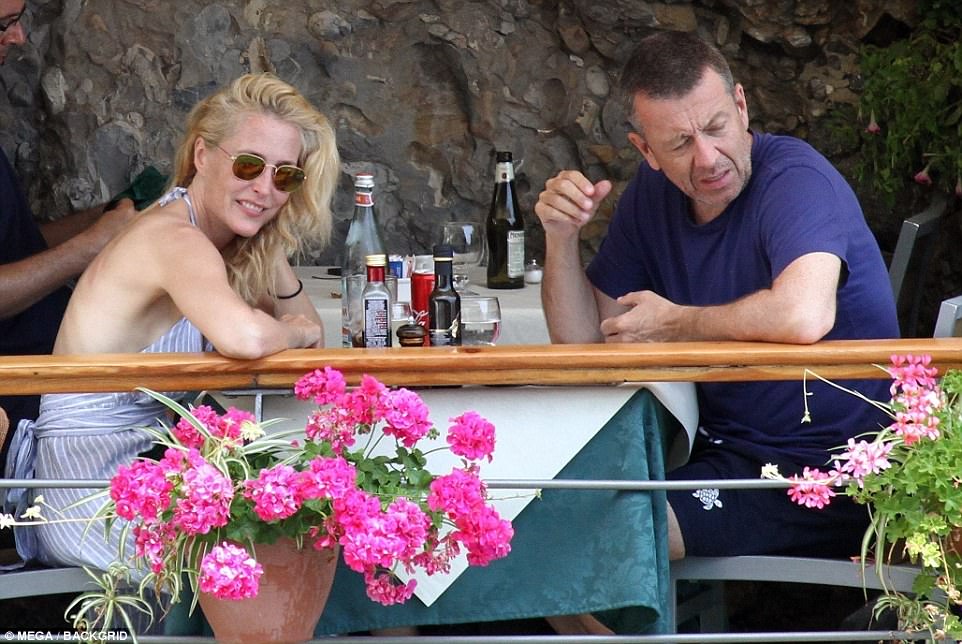 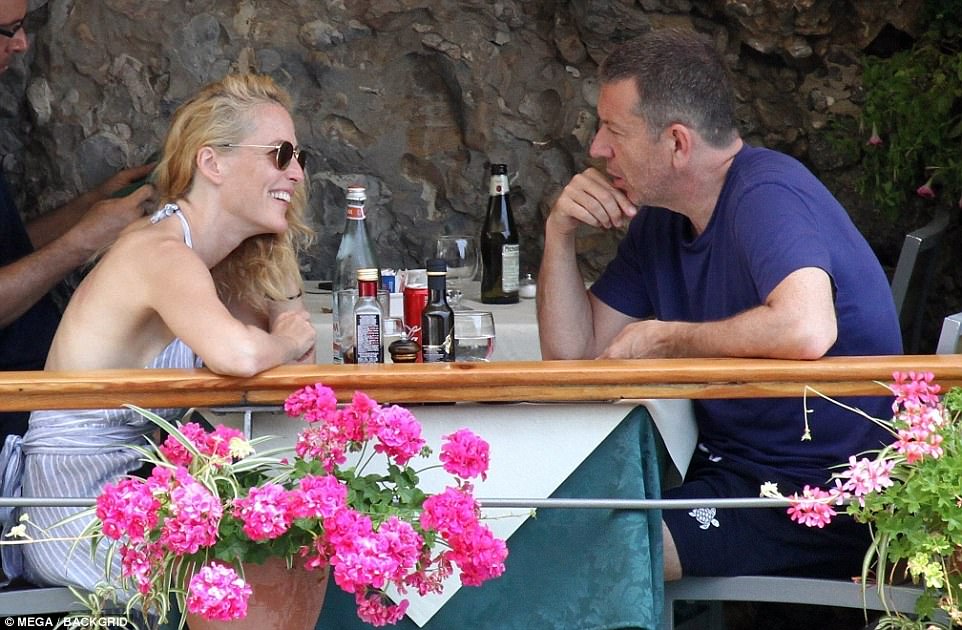 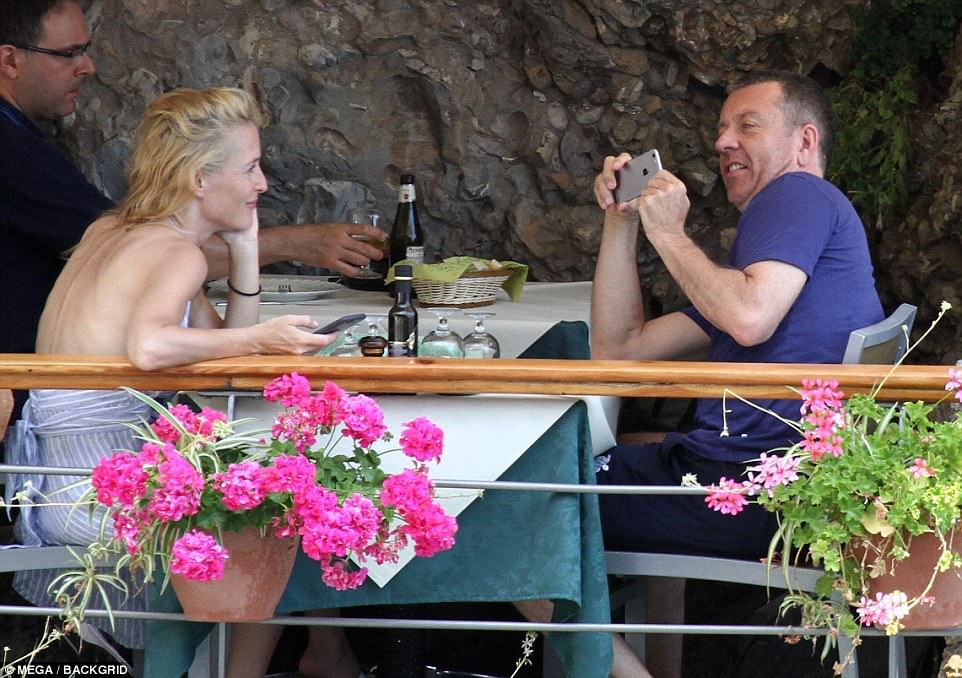