When retired middle and high school English teacher Yvonne Mason first opened the letter, she read it all the way through. It did, after all, have the president’s seal at the top and his signature at the bottom. 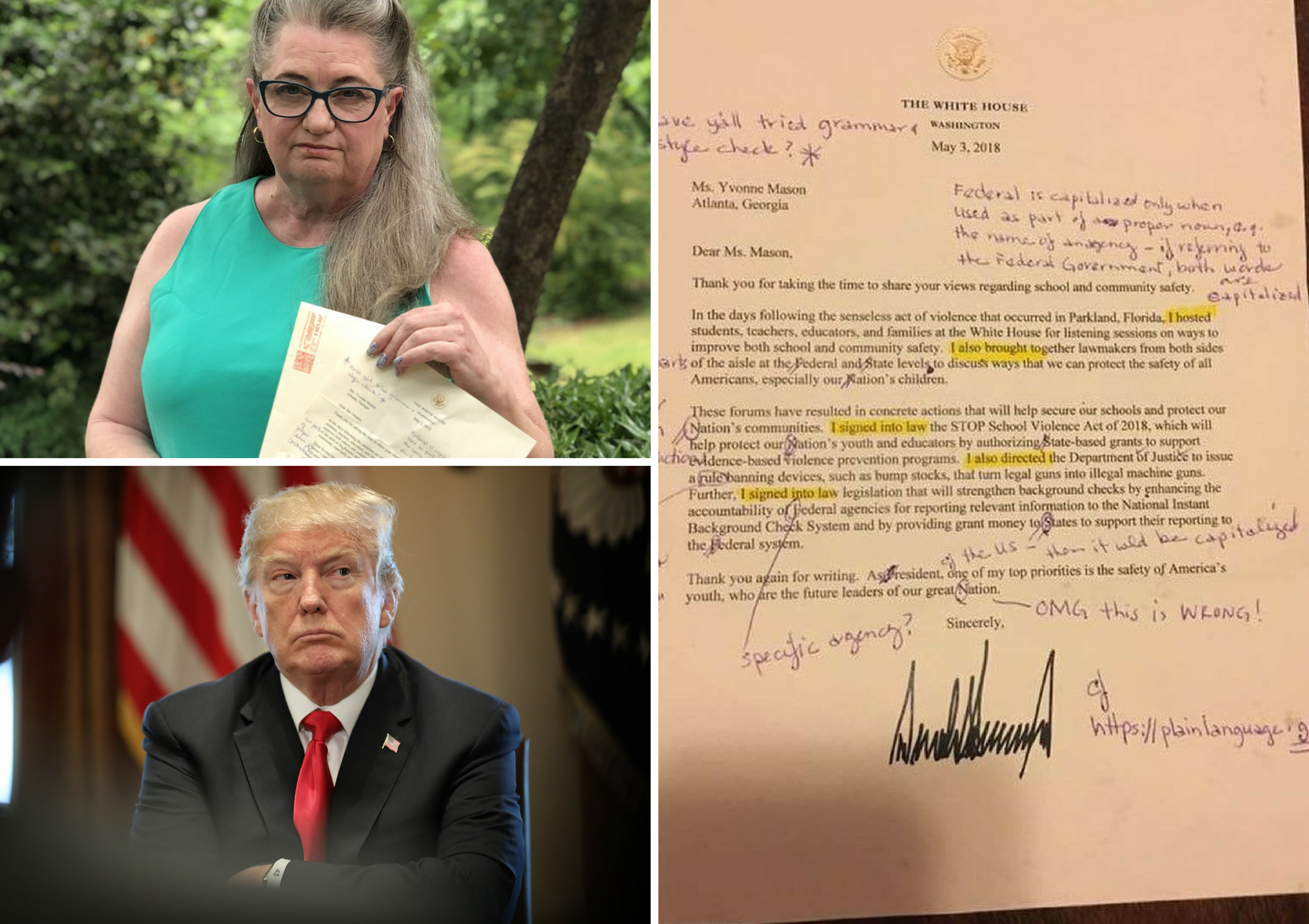 Mason wrote a letter to Donald Trump asking how he was going to keep kids safe after the February shooting at Marjory Stoneman Douglas High School in Parkland, Florida. 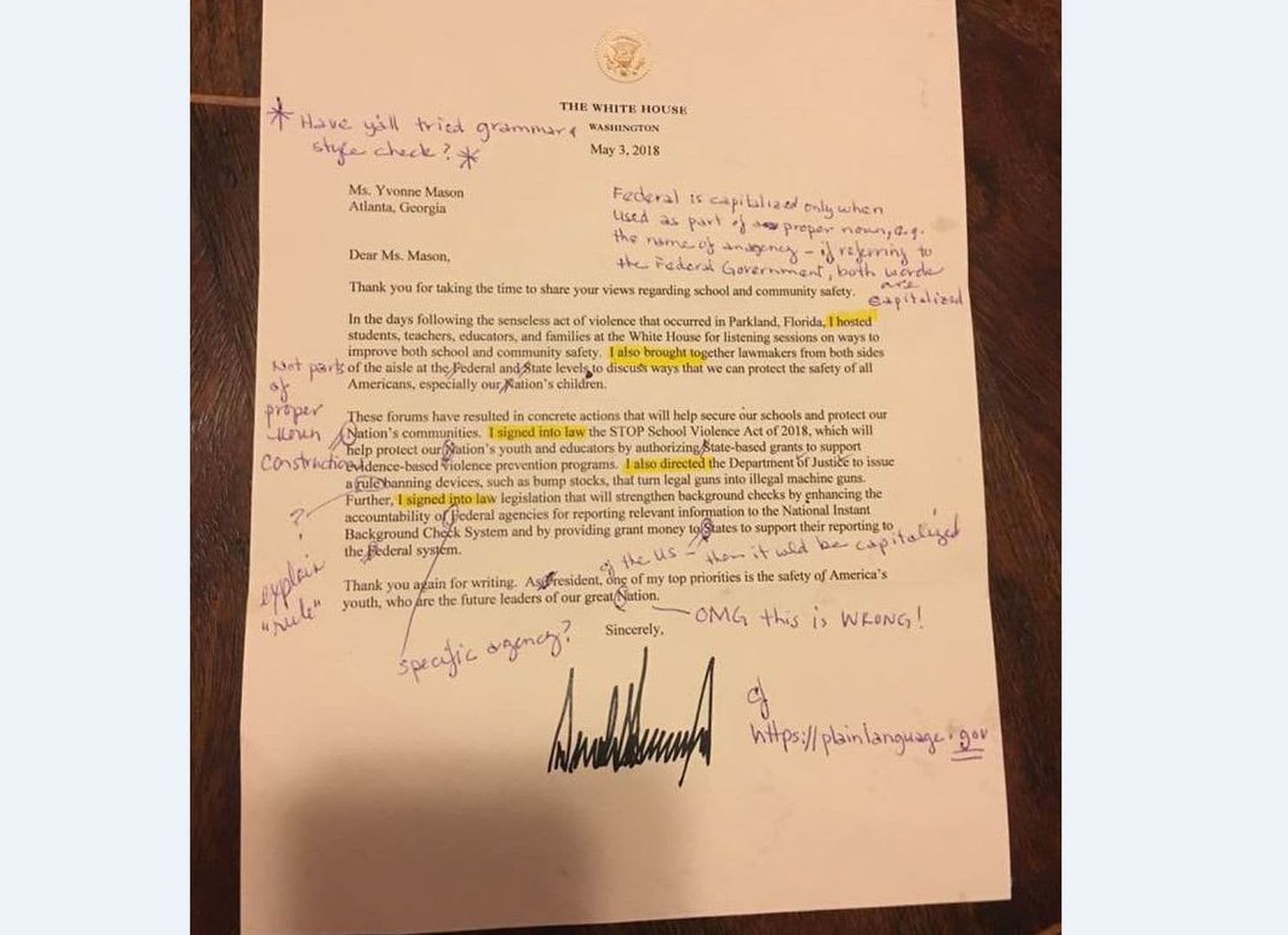 The US President Trump  did reply to Mason’s letter, but when she read what he wrote, the former English teacher in her just couldn’t help herself. The letter was riddled with grammatical errors, and she was going to correct them.

It began with those pesky capital letters. “Federal” and “Nation” and “State” and “States” — common nouns capitalized as if they were proper nouns. But by the end, she had scrawled several notes, crossed out a few punctuation marks, and asked whoever wrote the letter a question that may or may not have been rhetorical: “Have y’all tried grammar and style check?” 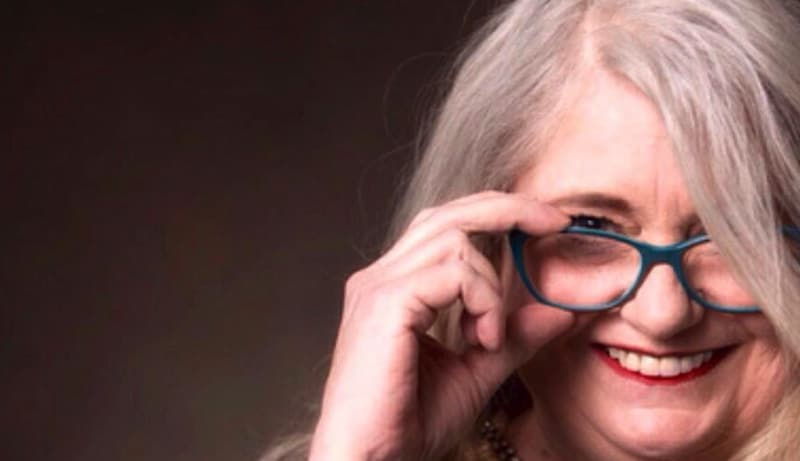 “If I had received this from one of my students,” she told The Washington Post, “I would have handed it back without a grade on it and said, ‘I hope you left the real one at home.’ ”

Mason told The Post that her catchphrase for students was “language is the currency of power.” 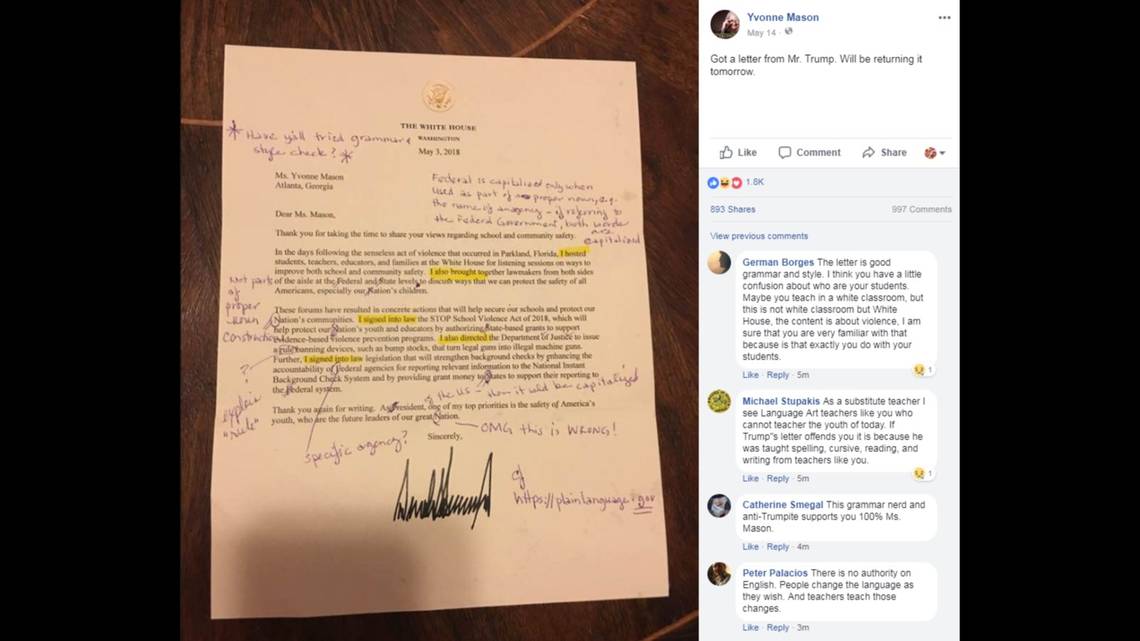 “If you can’t communicate what you want or what you need … you’re not going to get what you want,” Mason said. “Writing clearly and consistently gives you power.”

Mason said that the attention she’s received since her letter went viral has given her a new opportunity to share that message.