This is truly an incredible moment when a brave dog stepped in to save his pal from drowning after the canine got washed away by a fast-flowing river.

The quick-thinking Labrador managed to grab hold of the other dog’s stick and yank him from the water. 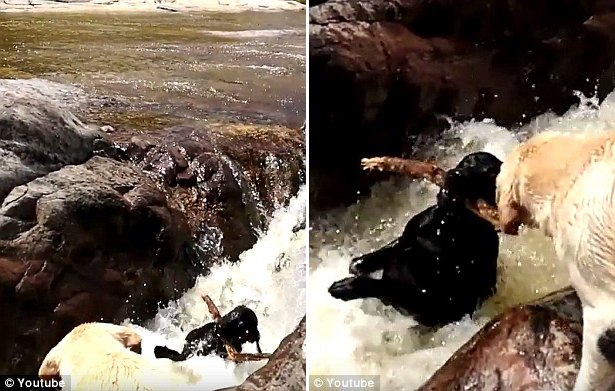 Watch the heroic moment a dog saves his friend from being dragged away by raging river rapids by using a large stick to haul him out.

In the clip, a black Lab leaps into the water to chase a stick tossed by his owner. He leaps across a small current and onto slippery rock to claim his prize. A yellow lab trails behind and watches his friend beat him to the punch. 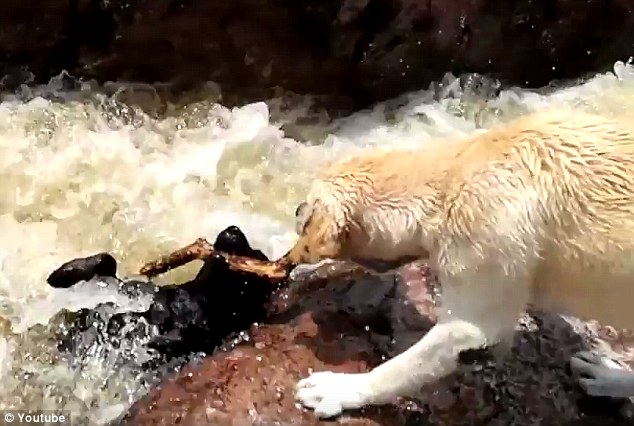 In a terrifying moment, the black dog slips from a rock and into the river. Even though he is splashed and pulled under the water, he does not let that stick budge from his grasp.

As he struggles in the fast-flowing water, a yellow Labrador standing nearby realises his pal is in trouble and immediately rushes to the rescue. 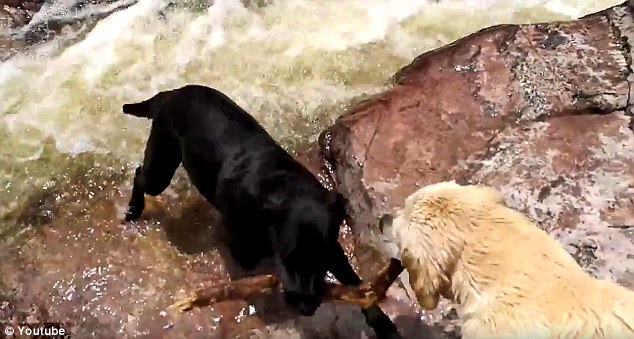 Neither of the dogs were harmed in the video.