The amazing video was captured in South Africa’s Kruger Park by pensioner Mervyn Van Wyk, 72, who was visiting the park with his wife Tokkie. This is the moment a pair of hungry hippos stopped a wildebeest from being eaten by a crocodile  and then tried to get a bite for themselves.

Mervyn and his wife Tokkie understand just how lucky they were to be in the right place at the right time! Mervyn explains: “ It was a fabulous morning and at approximately 09:30 we were driving close to Transport dam on the on the H1-1, about 2 kilometres on the S66 between Pretoriuskop and Skukuza. 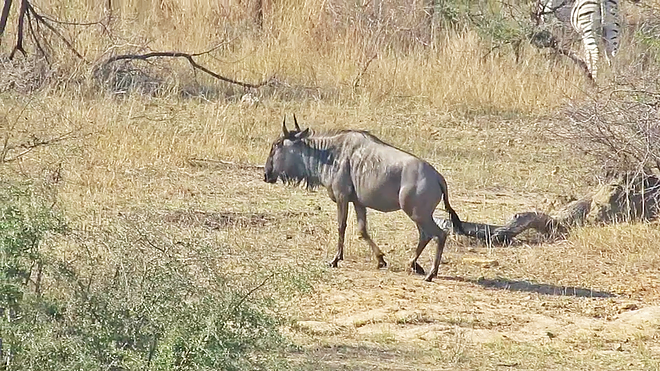 As we approached the dam we noted that blue wildebeest, zebras and impalas were happily grazing on the opposite side of the dam. I turned the car into position so that my wife had a clear view as she wanted to take a few pictures. 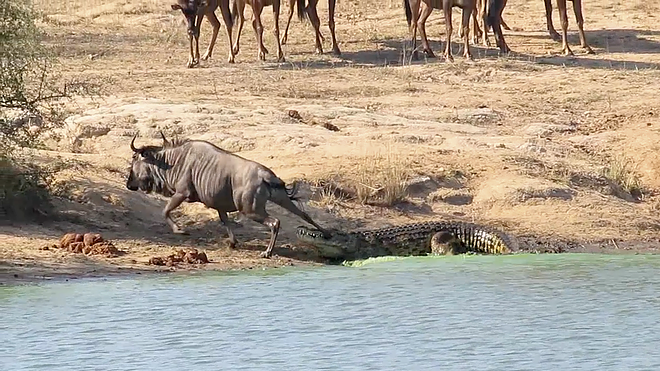 Mervyn’s wife was happily snapping away when she noticed that one of the unlucky animals had been grabbed by a crocodile. It struggled for its life for eight minutes with the wildebeest trying and failing to drag itself out of the water. 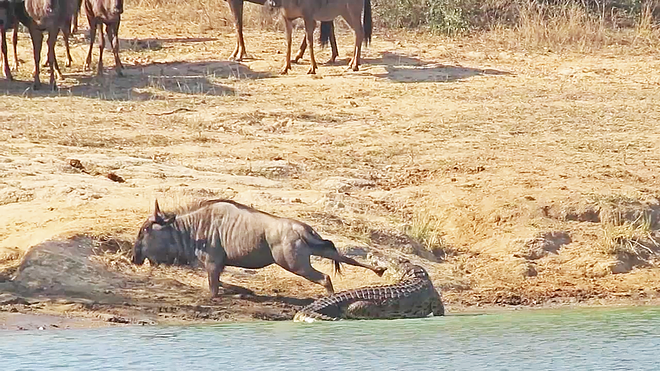 The exhausted animal was close to succumbing to the water when suddenly two hippos appeared before approaching the scene cautiously. They suddenly sprang on the crocodile forcing it to release its grip on the wildebeest – and crucially giving the creature a chance to escape. 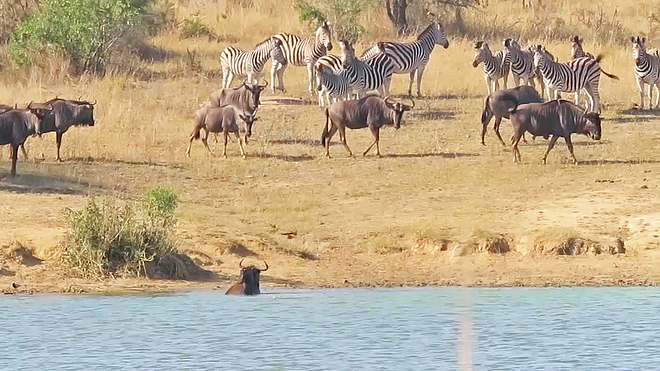 But while it might seem that the hippos were rescuing the wildebeest, it is far more likely that they were showing territorial behaviour.It turns out that they were actually trying to attack the animal in a bid to get it out of their area of water. 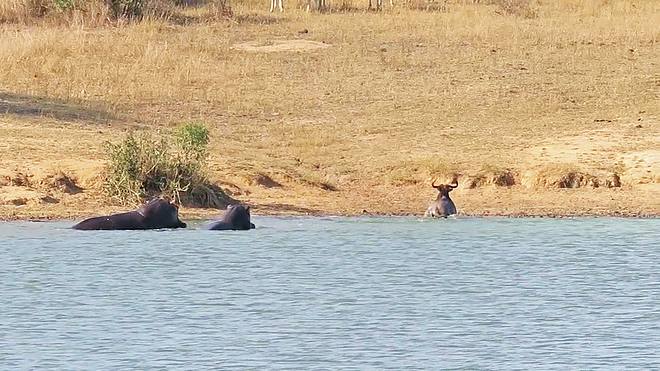 While this might seem that the hippos were rescuing the wildebeest, it is most probably hippos showing territorial behaviour. Hippos don’t like sharing their turf and might have seen the wildebeest as an intruder, thus attacking the wildebeest to get him out the water. 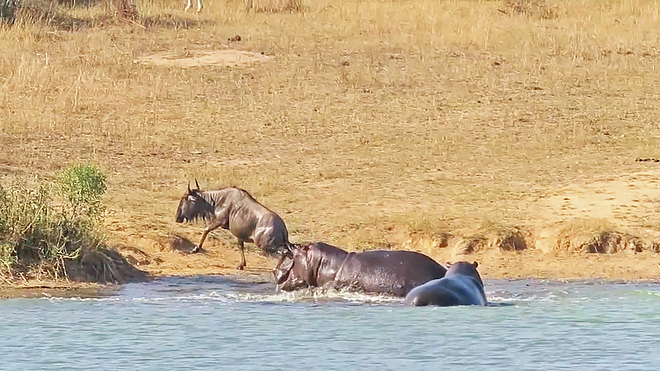