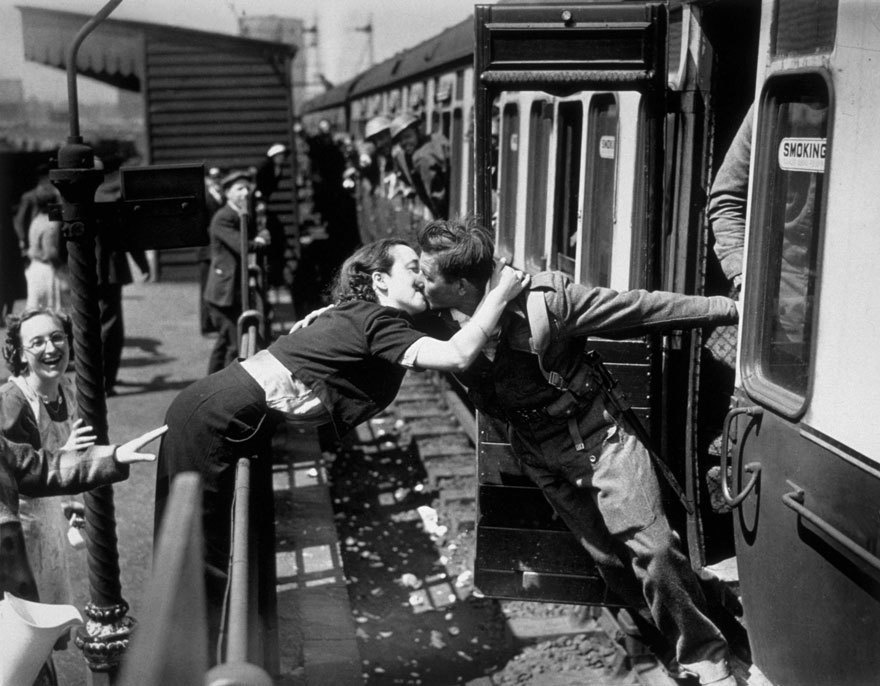 Nothing remains the same forever. But these heartwarming pictures reflect that one thing doesn’t change no matter how much time passes, and that’s love.

Being deeply loved by someone gives you strength, while loving someone deeply gives you courage. -Lao Tzu

These photographs taken during World War II show various emotions of couples, who had no idea if they were ever going to be reunited with their loved ones again.

1. A British solder whispers to his sweetheart before leaving for the front, 1939. 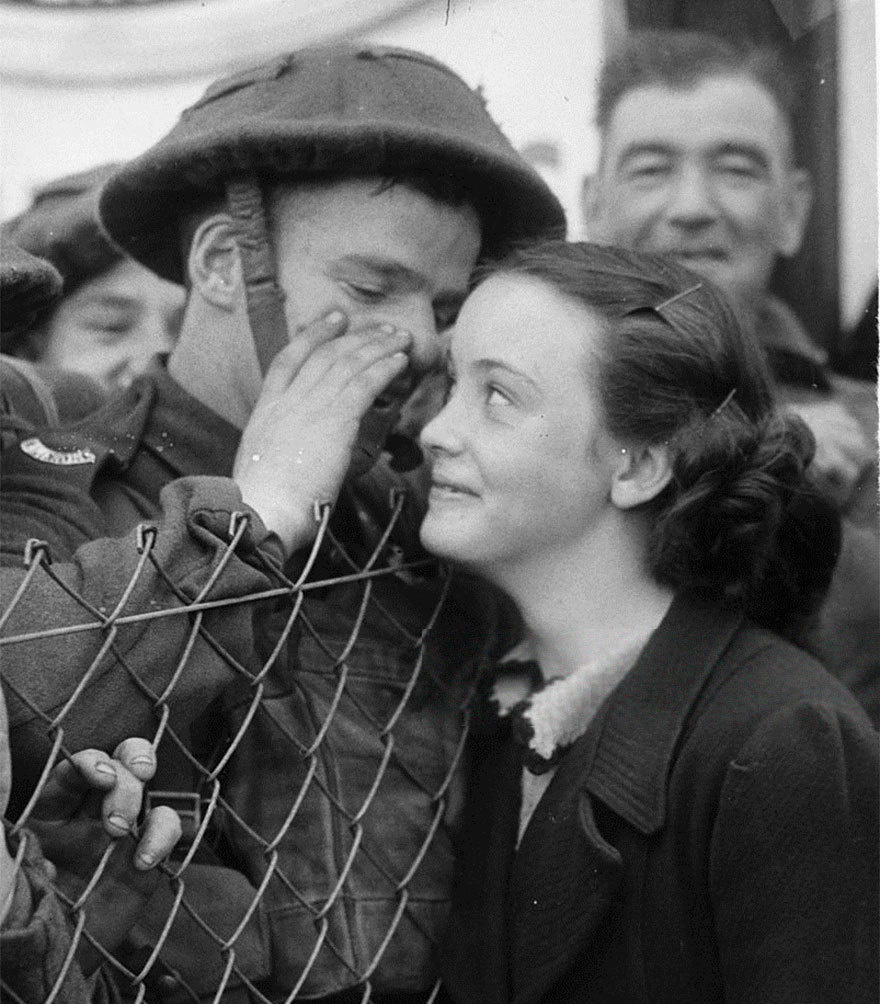 2. A uniformed US solider embraces and kisses a young woman at a train station in Connecticut, 1945. 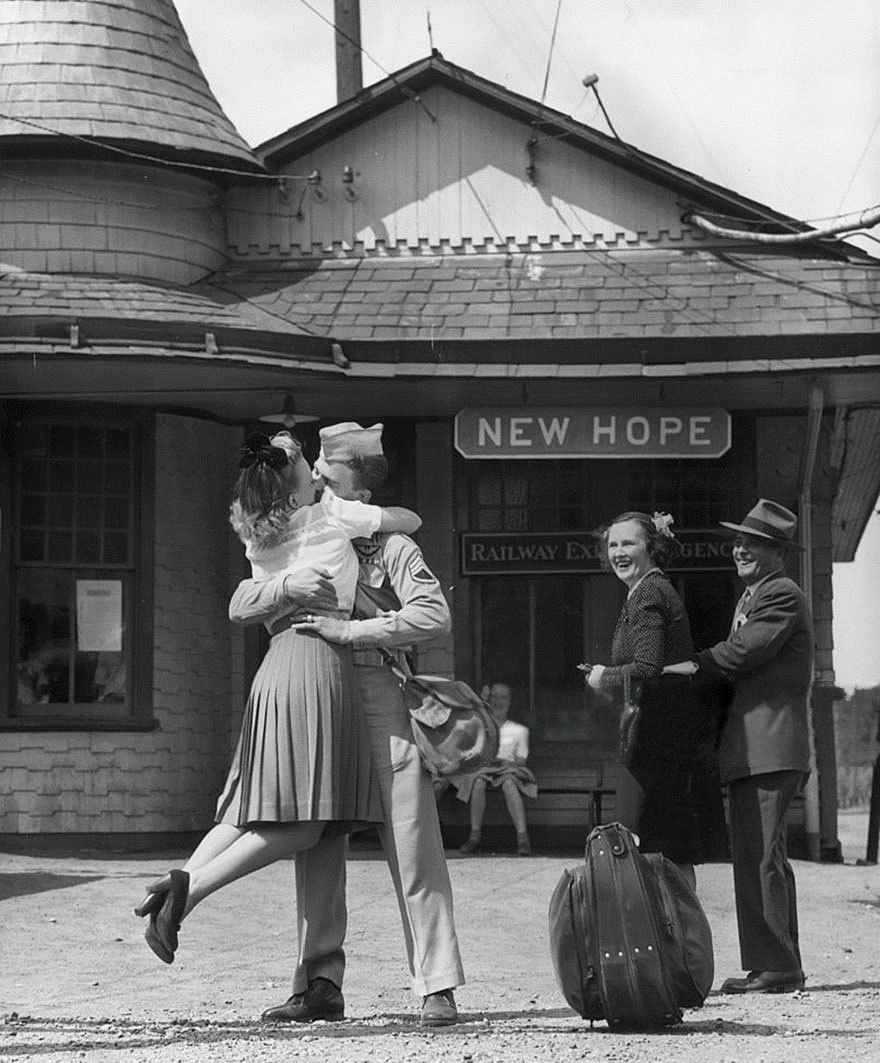 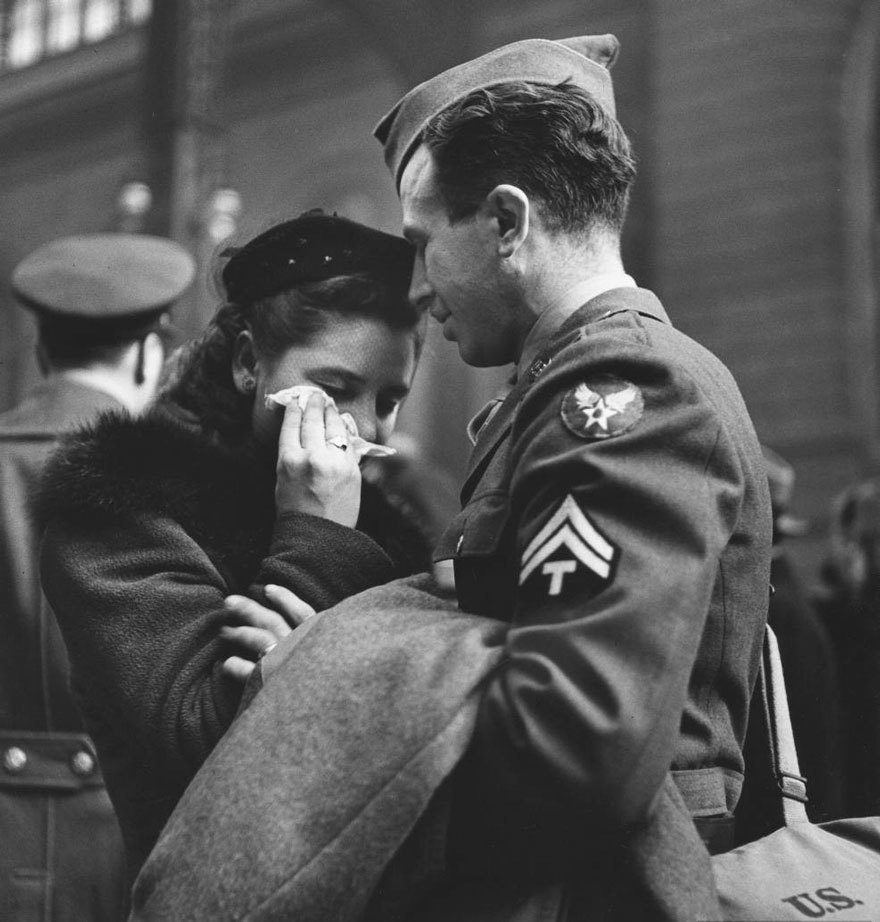 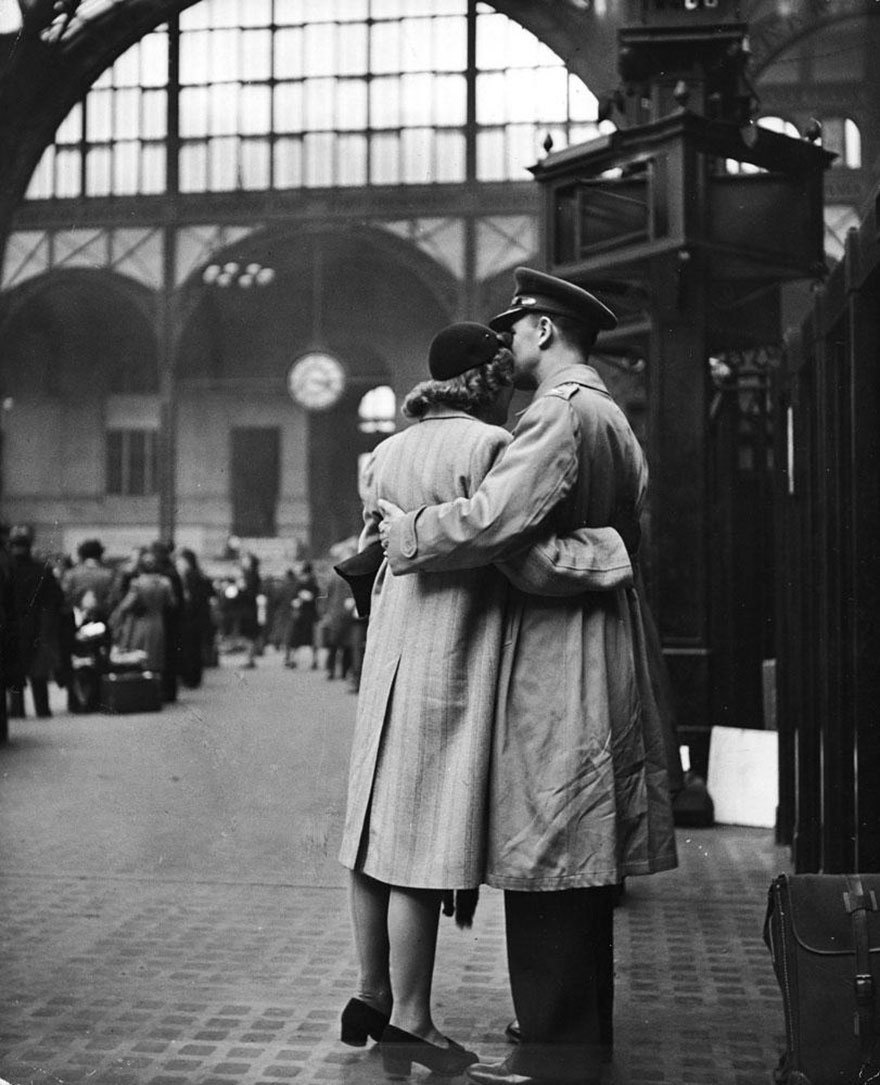 5. An American soldier together with his English girlfriend at Hyde Park, 1945. 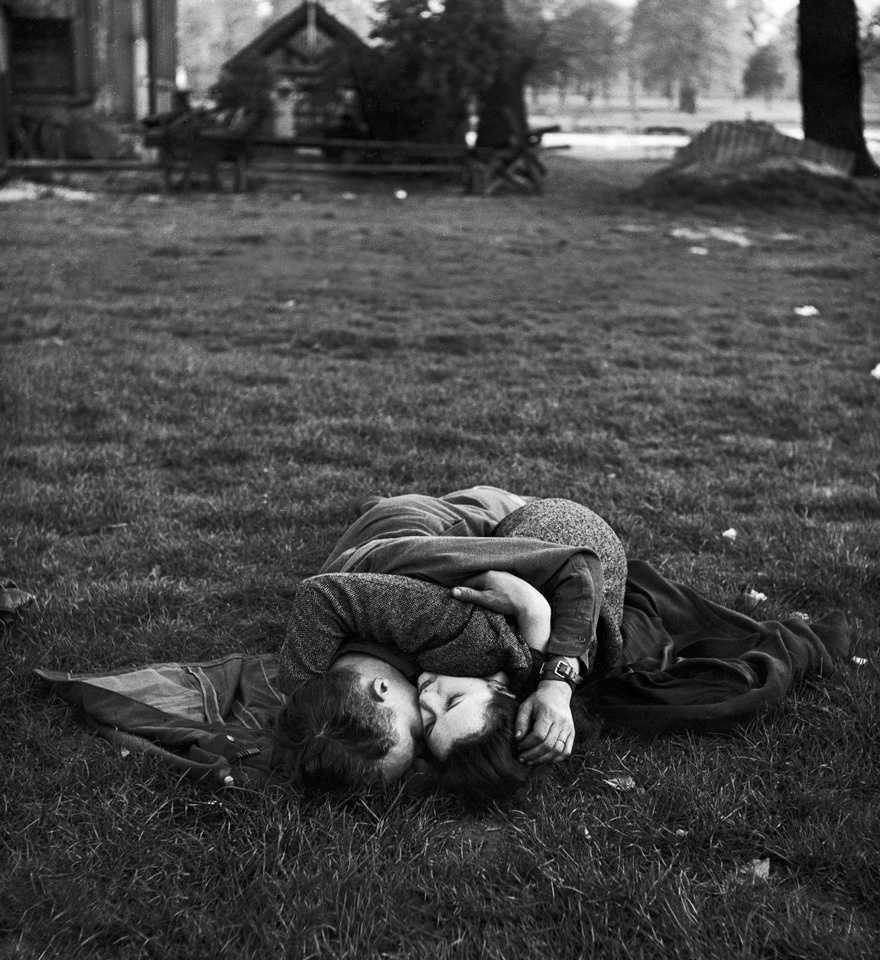 6. A young woman in roller skates strolls alongside her soldier, 1940s. 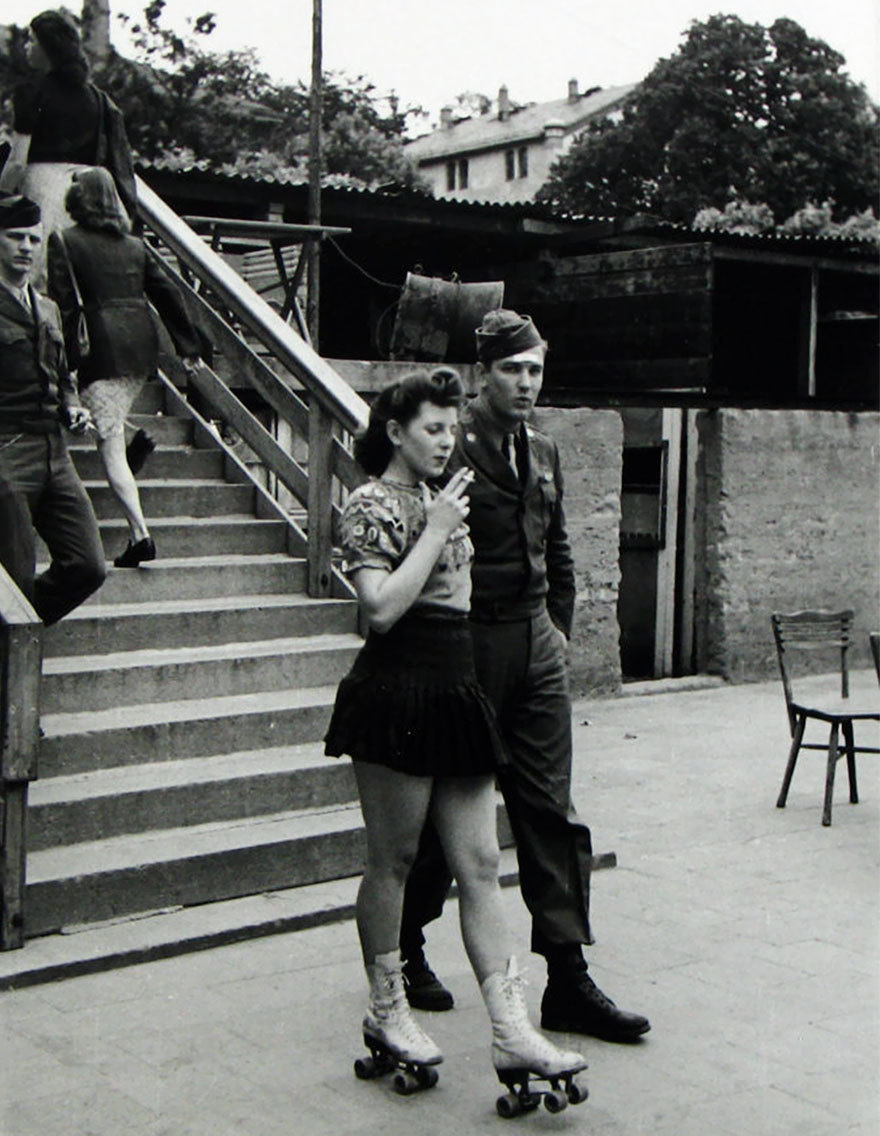 7. A crowd supports a young woman as she bids goodbye to her beloved, 1940. 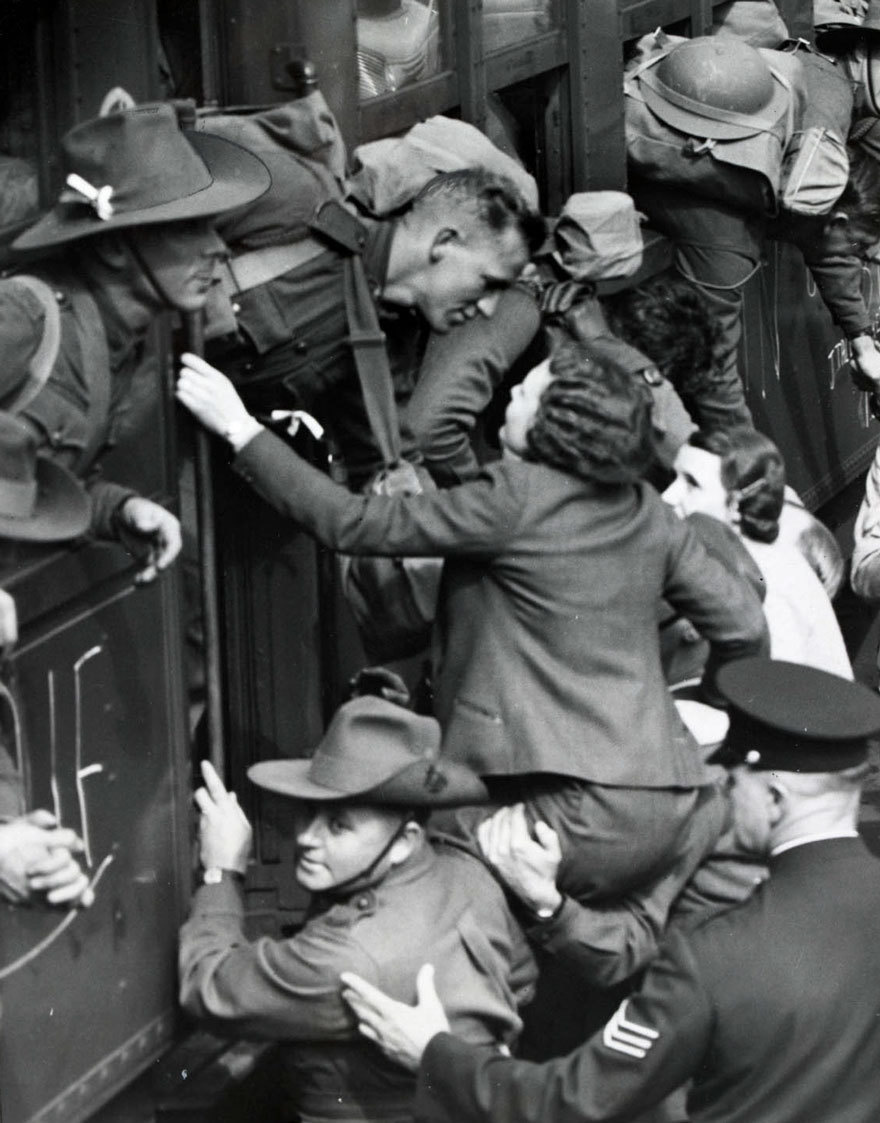 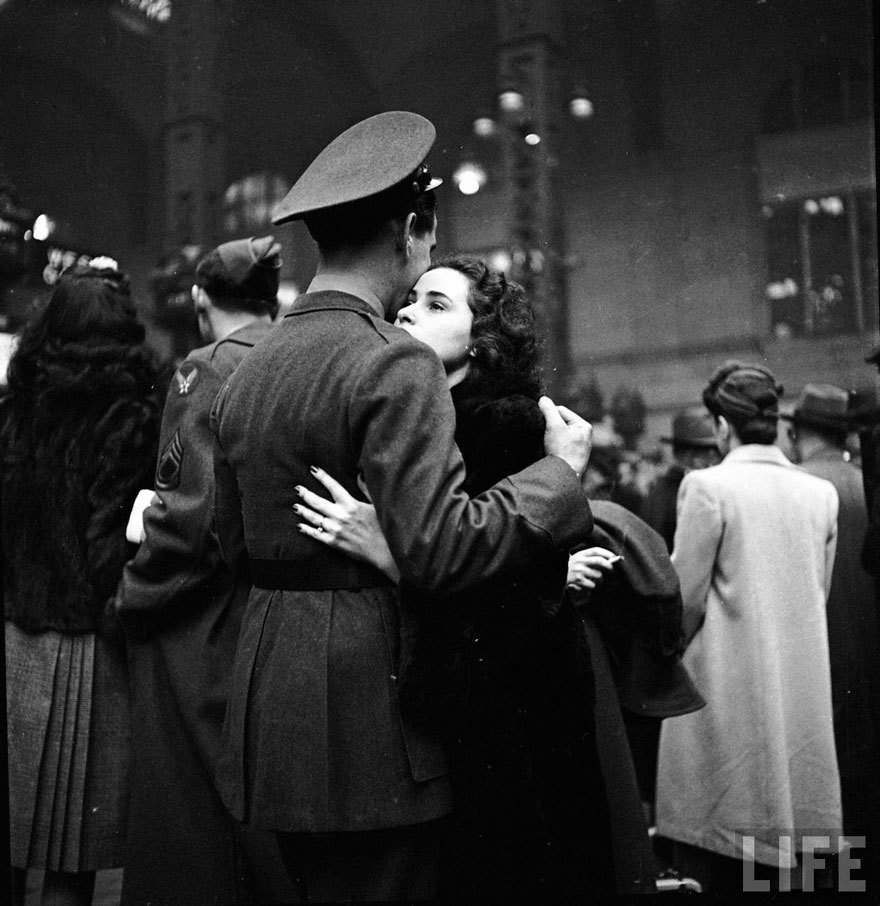 9. Kissing hard at the train station just before departing for World War II. 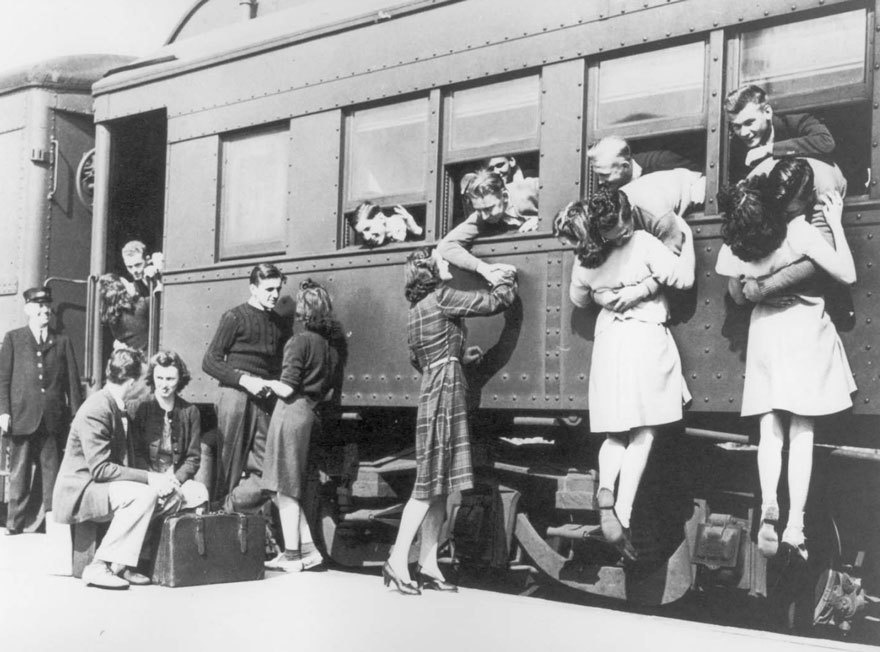 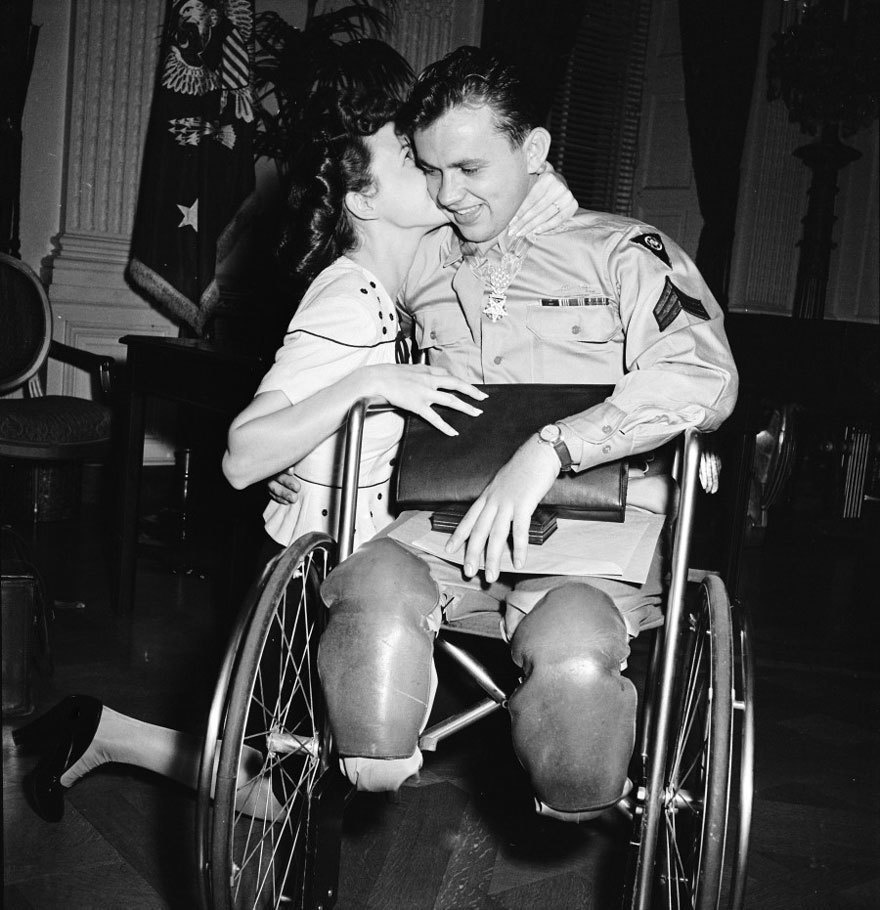 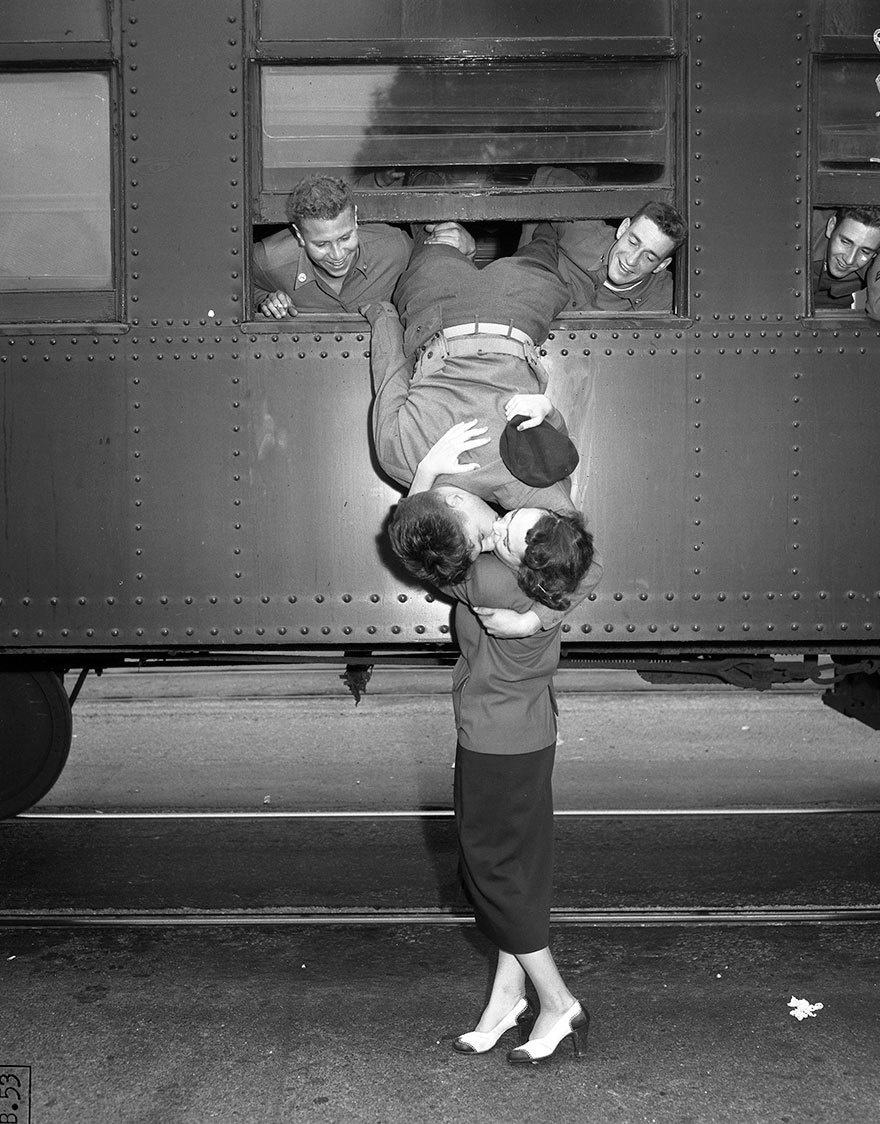 12. Women line up at the platform to kiss their soldiers departing for Egypt, 1935. 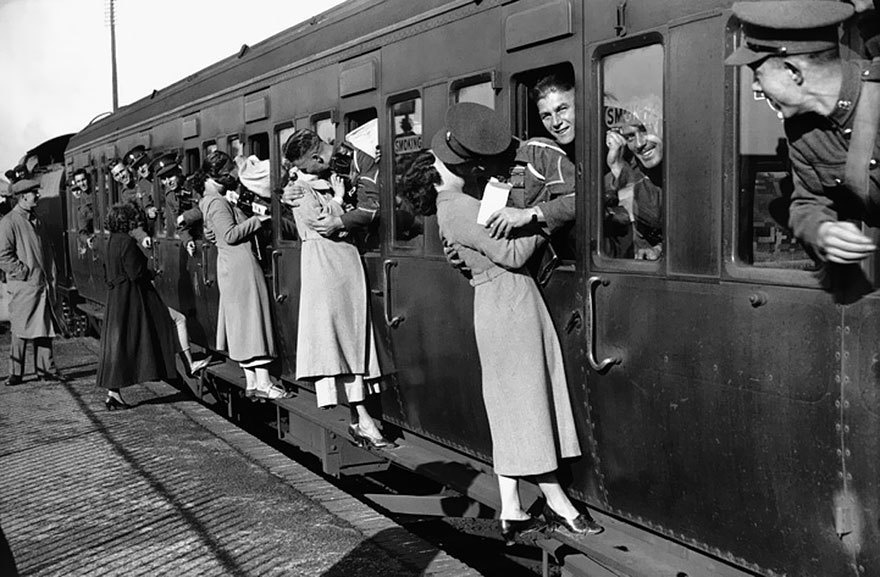 13. Also headed to Egypt, these American soldiers receive their final kisses before deployment. 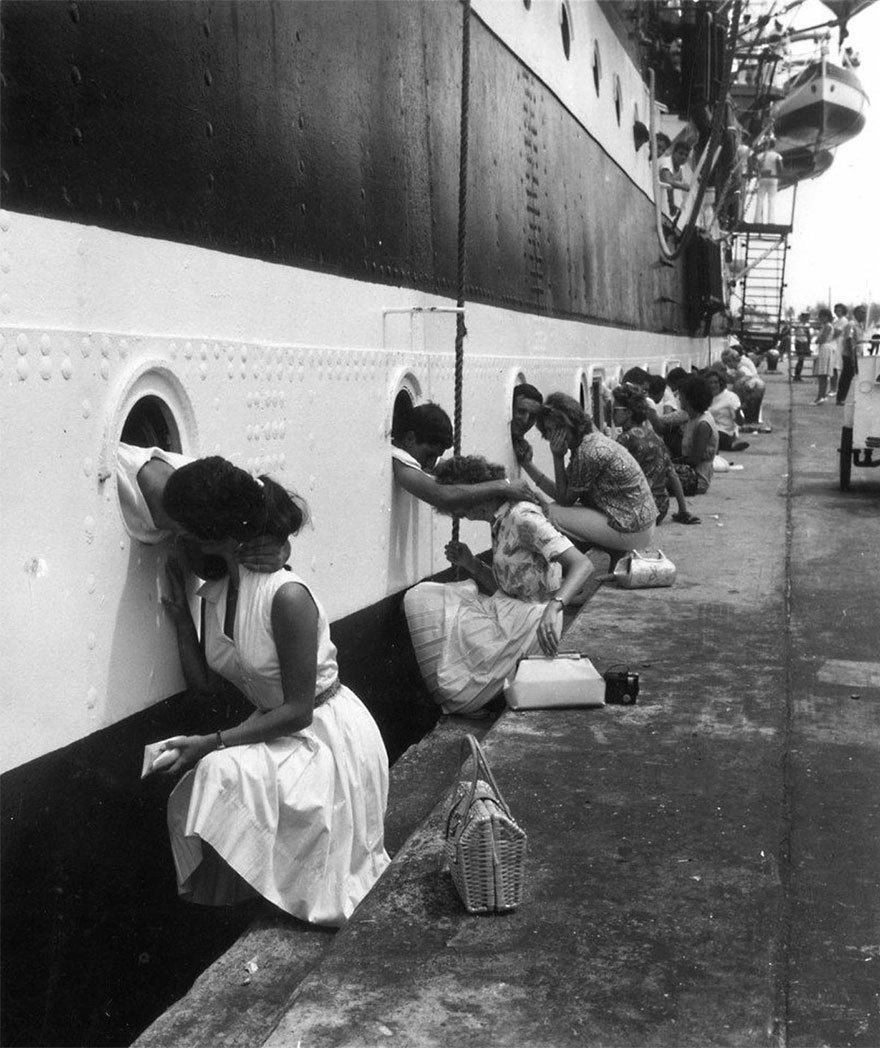 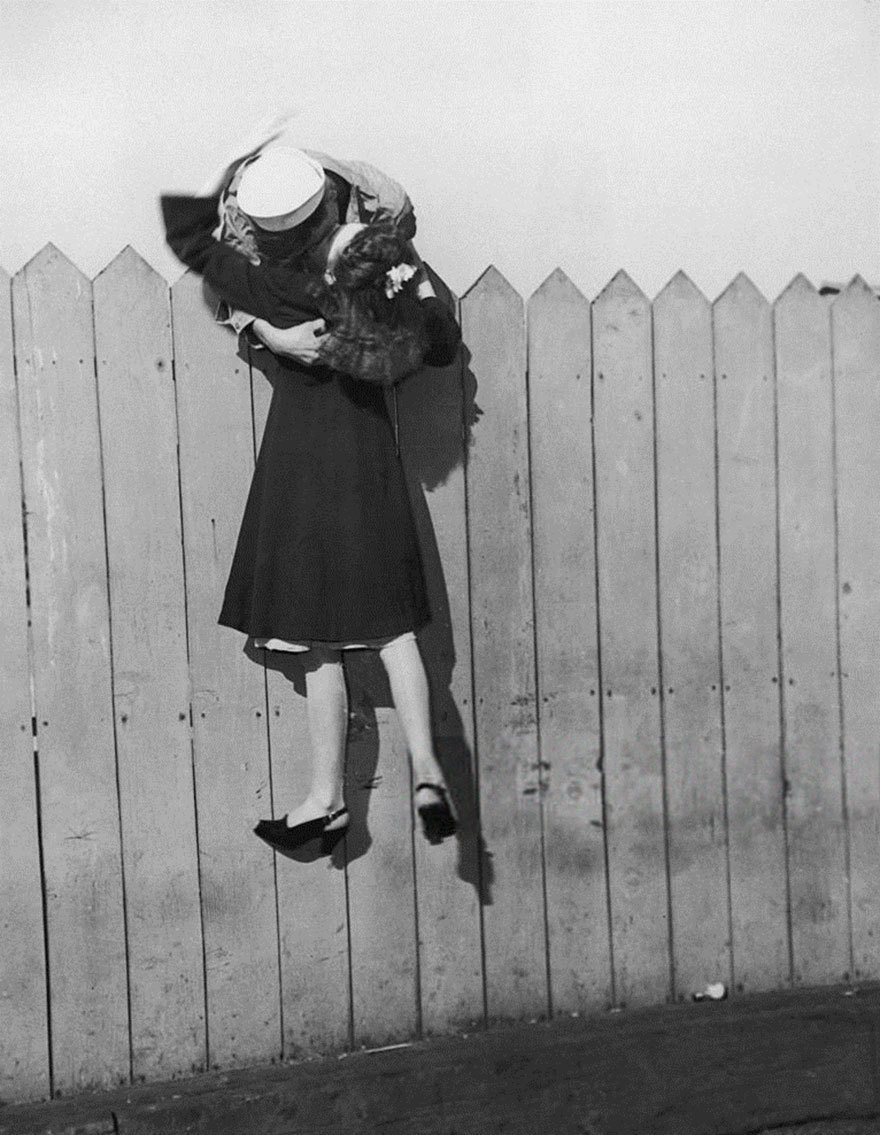 15. “V-J Day in Times Square” depicts two strangers, a sailor and a nurse, sharing a kiss to commemorate the end of the war, 1945. 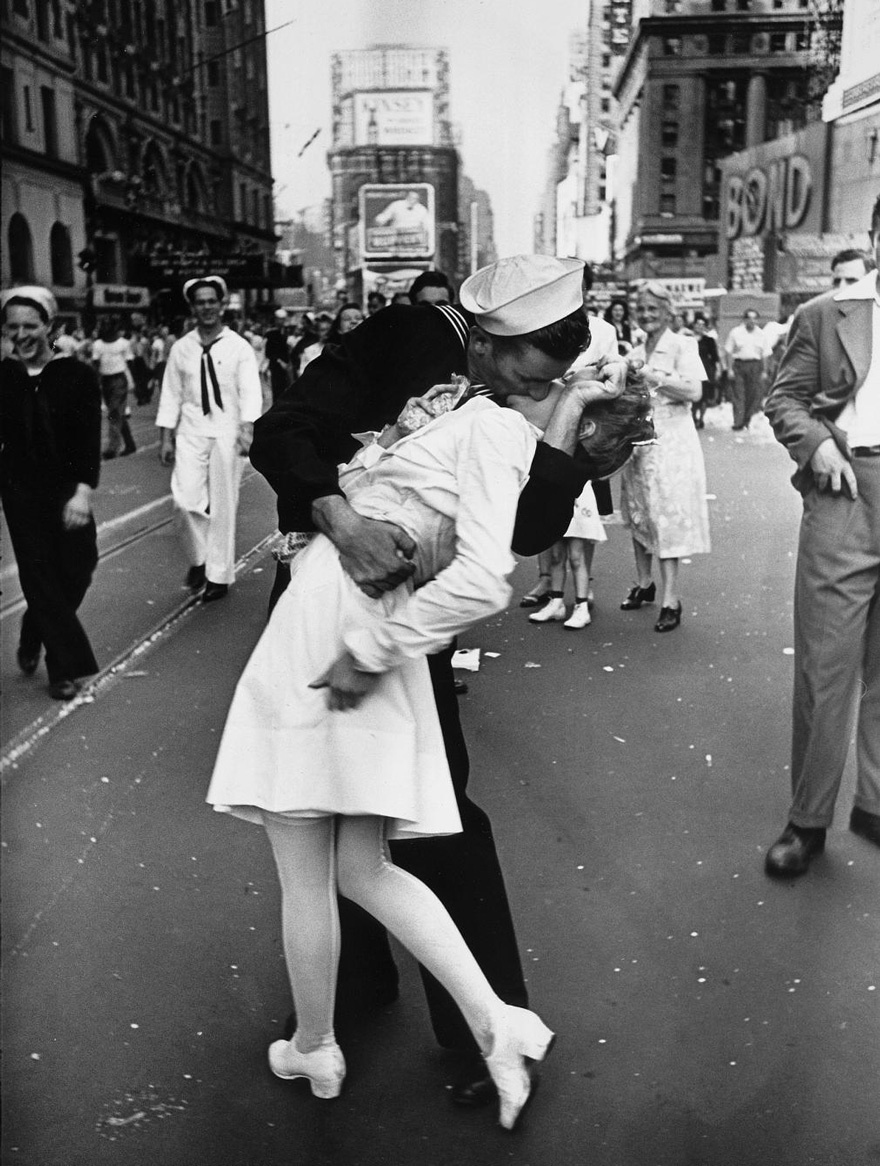 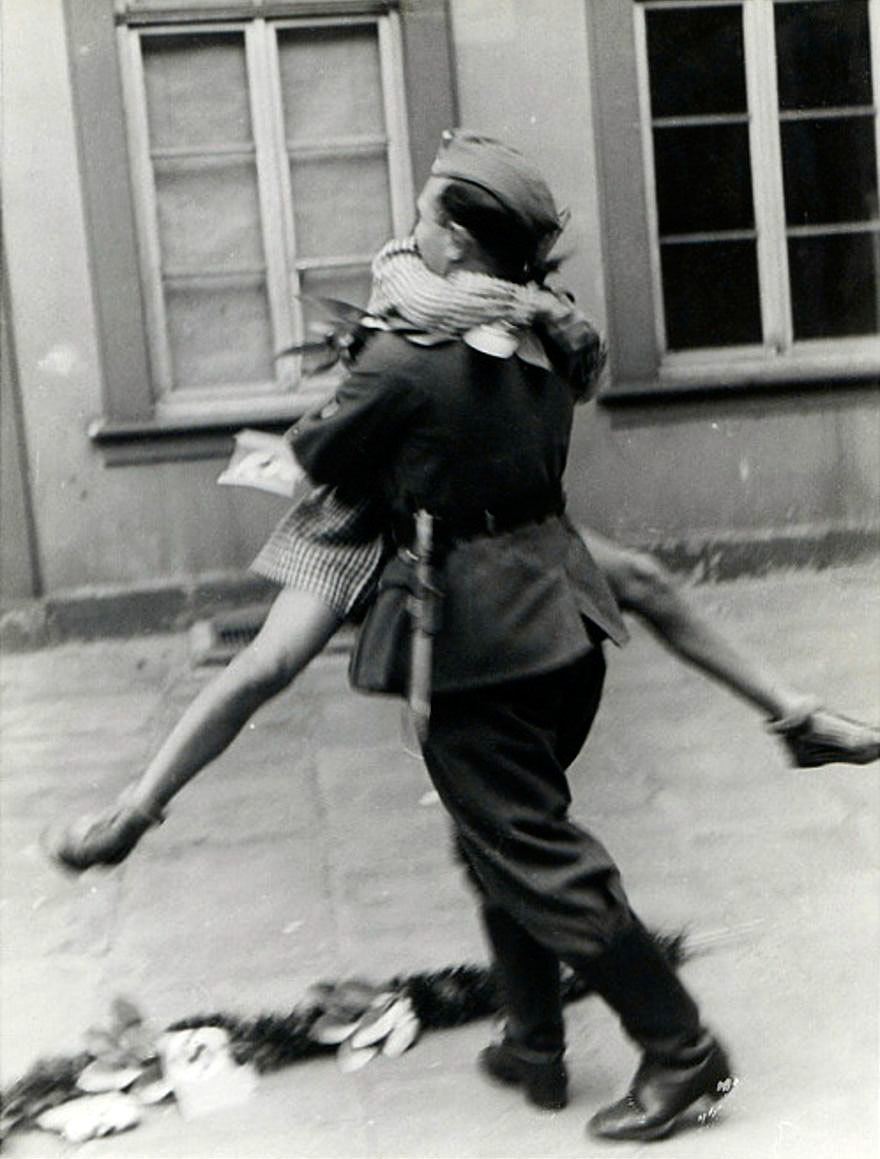 17. Soldiers and downtown workers embrace one another as word of surrender fills the streets, 1945. 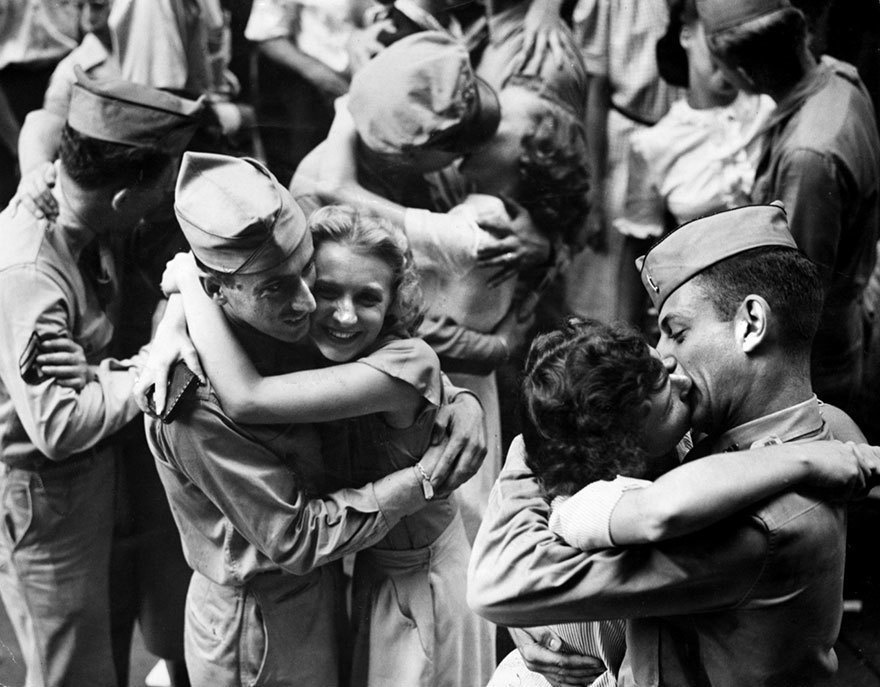 18. A couple leans in for some overdue affection upon the British soldier’s return from World War II, London, 1940.

There are romantic and timeless elements within these photos that seem almost impossible to recreate today.