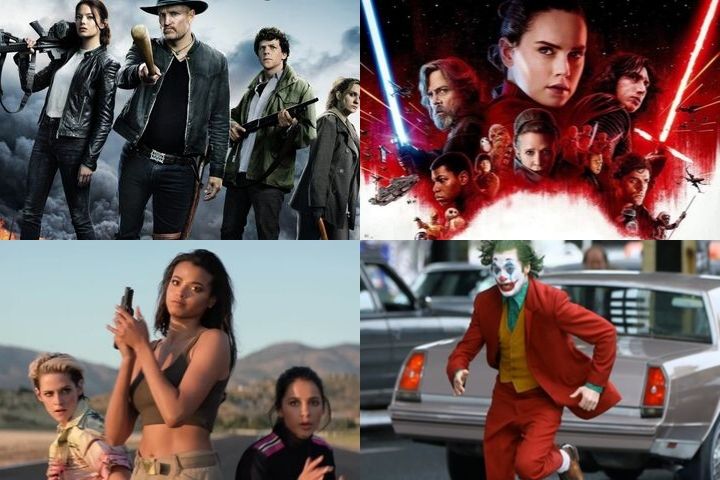 It’s a popular myth that Hollywood has been the sole generator of films. this, despite the gamut of films coming out of France in the first days of film. Or the boom of Italian and Spanish films in the ’60s.

Today, film is a global endeavor. Countries such as India and China pump out hundreds of films a year to compete for attention with European and American offerings. It’s even daunting to whittle down a list just to the top movies for a year.

With the summer blockbuster season wound down, theaters saw 177 films released in Q3 of 2019. The fourth quarter is routinely the sparsest season for film, except for last year, where it was somehow the busiest. This year looks to be repeating that trend. Presented here are the films that have buzz, positive or controversial, and release by the end of the year.

The fourth quarter of the year normally contains a static offering of genres. A few horror films, to coincide with Halloween, some dramas, for the cold seasons. An animated offering for the kids to see near Christmas.

This year mixes it up quite a bit with a more homogenized slew of everything to appease an increasingly diverse set of tastes.

Is it a biopic? Is it a prequel origin story? Does it actually connect to the rest of Batman at all? These are questions more likely to be answered by behind the scenes contracts and rights than the action on the film itself.

The film follows Joaquin Phoenix as he has some very bad times and rises up as the titular smiling killer. Early screenings show some people marveling at the character work, and others disgruntled at the potential message.

2. Dolemite Is My Name

Also releasing October 4, a fictional biopic of the actor/comedian Rudy Ray Moore. It’s the first time we’ve seen Eddie Murphy in a bit. Even if you aren’t into the blacksploitation genre and the avant films of the ’70s, there’s plenty to like in this film.

It features the same screenwriter as Tim Burton’s Ed Wood, which leans towards an enjoyable distortion of partially true historical events.

What would October be without an action horror? And what actions it’s horror better than Zombieland? The producers are betting that the public needs more of these four characters and their idiosyncratic apocalypse.

Hopefully, it will repeat the success of the 2009 film, which is the kind of cult horror that spawns memorable images one might sport on their own jacket from Patches4Less.

This entry is more classic horror from the mind of 2016’s The Witch. The Lighthouse follows a sea captain and his new partner watching over a prison island.

The two descend into madness from the isolation and omnipresent cold damp. Moody and atmospheric, the perfect thing for a Halloween outing.

It’s not over yet, the Terminator series returns again to spindle its timeline and save/threaten humanity. The latest take has some promise to revert the problems of Terminator: Salvation and Terminator: Genisys. At least director Tim Miller has shown he knows how to put some good-hearted violent fun on the screen with his Deadpool stint.

A more straightforward biopic of abolitionist leader Harriet Tubman. The movie relies heavily on Cynthia Erivo to lead the viewer through the unpleasant situations that shaped Tubman on her journey to freedom fighter. Expect some dire circumstances and rousing speeches and also some post-release social commentary articles.

After IT : Part 2 released only a month ago, its’ already time for more Stephen King, apparently. Doctor Sleep is the sequel to The Shining and follows the Danny character as an adult caught in the middle of a cult. The Overlook Hotel is recreated and still every bit a character as it was in the previous film.

More a reboot than a sequel, there’s an all-new cast for this somewhat confusingly titled Charlie’s Angels (2019). It promises to be bigger, more jet-setting and international with higher stakes than the previous films. The model follows closely to the Fast and Furious franchise’s later installments of world-class capers.

9. A Beautiful Day In The Neighborhood

A biopic and a feel-good drama for the holiday season. Follow the story of Fred Rogers as he makes a world for children and a strong case for public education.

The story follows Tom Hanks as Rogers as he’s profiled by a journalist. This free-from external framework will also for a certain amount of narrative jumping that should keep it from feeling like a train on a track.

A comedy mystery with a huge cast from a director looking to re-establish himself after a partial blunder. It promises to be a much-talked-about film. The basic plot is a family is gathered to learn about an inheritance and then murder starts to be in all of the places. Always a danger when you get the family together for the holidays.

The latest final installment of a 40-year franchise. It promises a lot of things. Will it deliver on any of them? Who knows. Expect to see a lot of internet theories as the release creeps up. It will be huge and make a lot of money, it might even be watchable.

That’s a lot of top movies to come out in a three-month period, but so it goes with a public hungry for stimulation. To get more information on your favorite topics, keep coming back here to see what pops up next.