Home » When He Saw This Horrific Scene, He Pulled Over And Saved The Little Girl 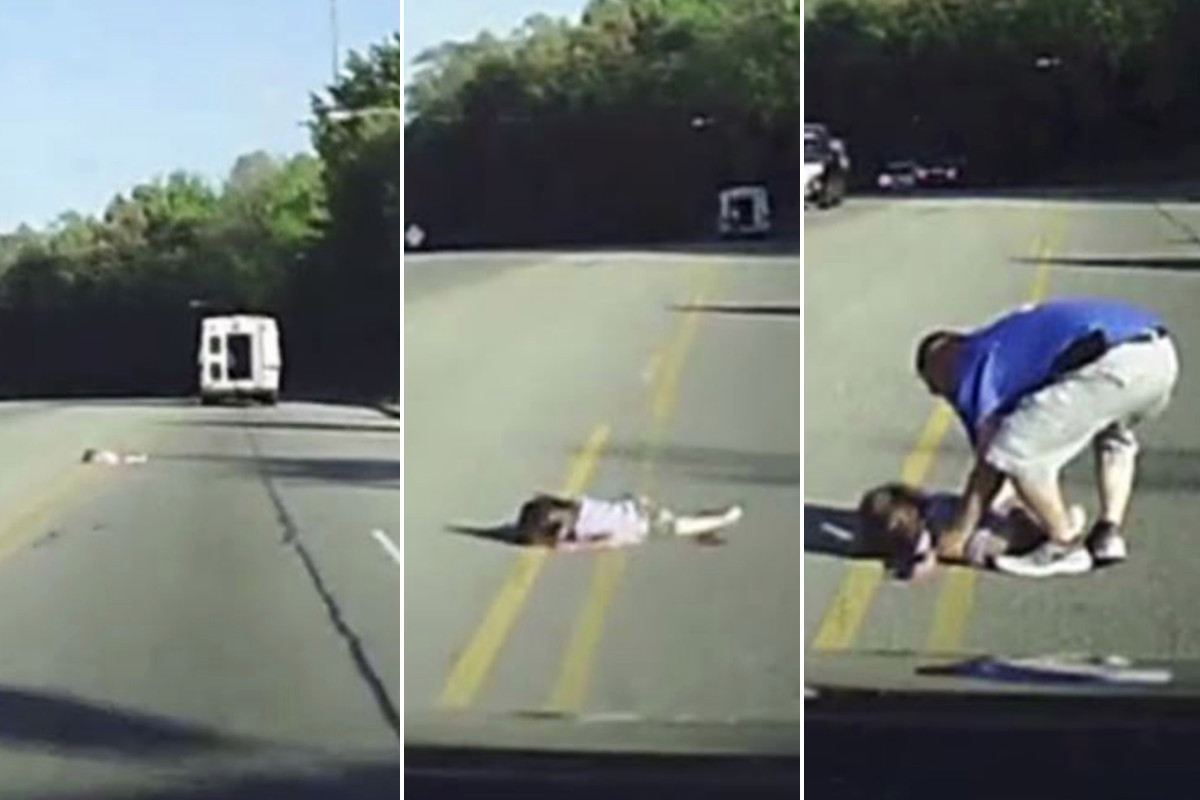 While emergency exists are designed to save lives, these life-savers can also put kids in danger.

Scroll Down For The Video Below

The horrifying footage shows a four-year-old girl falling out of a moving mini bus as it goes speeding down the highway. The incident occurred in Harrison, Arkansas and a dashboard camera captured images of the child as she fell from the back door of the bus. She hit the pavement and rolled several times. 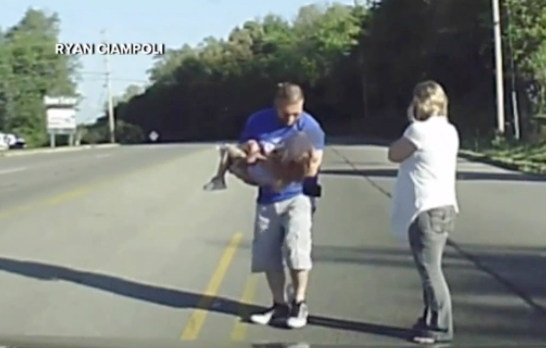 Completely unaware of the accident, the bus driver continued as though nothing was wrong. Luckily for the little girl, a volunteer firefighter was driving behind the bus and was able to come to her aid.

Watch this without crying where Real life heroes saving lives caught on tape. Such Heroic acts of kindness & humanity.

Let this be a wake-up call to bus companies that drivers always have to be vigilant when innocent little kids on board.